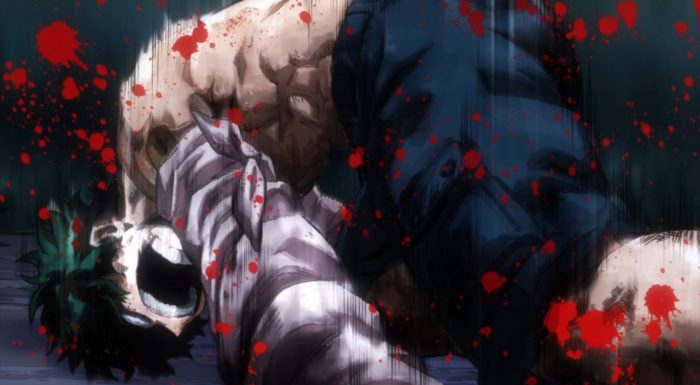 This episode essentially concludes the attack on the training camp, but leaves lasting marks on the characters. This was easily the most direct and overwhelming hit UA and the students have taken to this point. It’s all the more brutal because it wasn’t just the teacher’s tanking hits for the students, but the kids themselves really took a beating physically and emotionally. The amount of minor to serious injuries just to the students is pretty significant. Not that the pros didn’t suffer from this with Ragdoll’s condition being uncertain. And of course the villains taking Bakugo just adds an extra level of bad to the situation. The only good thing they can say is that they saved Tokoyami. He may not feel great being the one saved with Bakugo still gone, but such is how it goes sometimes. 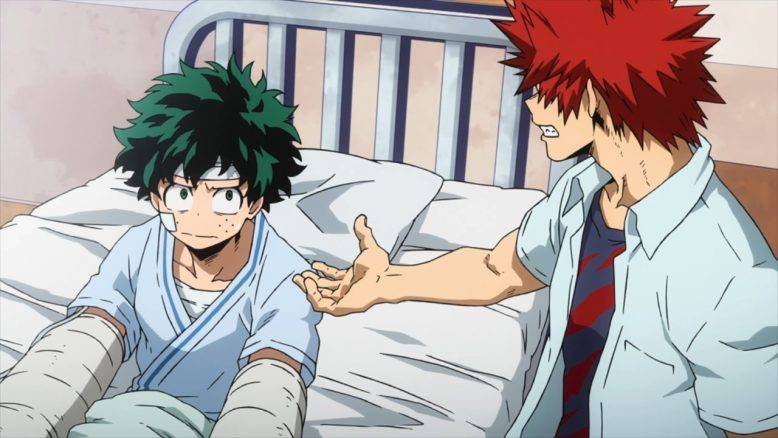 We’re definitely set for characters doing something stupid. Not that I want to put the guy down…but Kirishima is going in that direction. Not that I don’t get it. Kirishima somehow has built a friendship with Bakguo and wants to help him. The thing I’d probably say to his emotional lines at the end of this episode is that he isn’t a hero or a man yet….he’s a kid. It’s hard to stand by and leave things to others. That isn’t easy and it is painful to not be able to help those you care about. But racing off to save Bakugo isn’t necessarily a smart move. This isn’t like the Sasuke Rescue Arc situation. It isn’t as if Deku or the other 1-A students are the only ones who can take action.

The pros are preparing to make their move, they have the same tracking information that the kids are trying to get access to. And there is the issue that if they do something reckless there may be legit consequences. With Stain the rules were bent to avoid the kids being punished for breaking the law. But in that case it was a bit different. While Iida got stupid he did come across Stain during an emergency. Deku and Todoroki also got involved because it was a situation where not doing so would be lethal. This time the pros are on the job. If Kirishima and the rest get involved in this, they could be putting their lives and futures at risk. Illegal quirk use and interfering with a police/pro hero operation could be grounds for going to jail if not simply expulsion from UA. 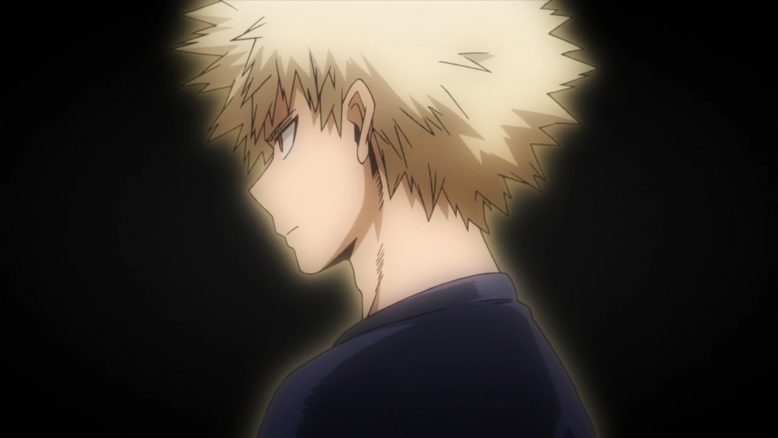 But obviously you get the emotional call to action. Their friend is in trouble. I still don’t get why Deku cares so much about a guy who made his childhood a living hell, but whatever. Todoroki feels responsible because he failed to grab Bakugo when he had the chance. I get it. Kirishima wants to help his friend and is frustrated he was sitting around during an emergency. Deku can’t stand not saving people he has the ability to do something for. But that doesn’t mean racing off without thinking is the right move. But whether they make the right decision or not it will be an interesting episode or two ahead of us. Because they are kids they are going to make some bad decisions at times. If they do go after Bakugo you have to wonder how it will play out. 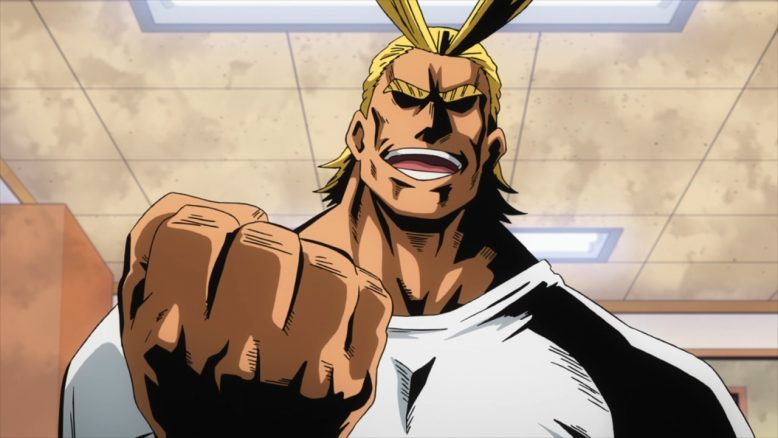 Honestly I do think out of anything that has happened in the show, this will have incredible impact on Deku’s character. Not so much whether he goes to save Bakugo or not, but that he failed here to save him. Aizawa’s words rang painfully true. Deku’s accomplishment to save Kota was remarkable and honestly it is praiseworthy. Not many students would stand a chance against that beast. But the end result was that Deku couldn’t keep going for long after that fight. He can’t keep going like this. Just wrecking his body each and every time because it can’t be helped. They are going to keep facing situations where he has to push it. I don’t expect Deku to turn into All Might overnight. But he does need to get to a point where he can use all the power that he can realistically pull from without destroying himself. 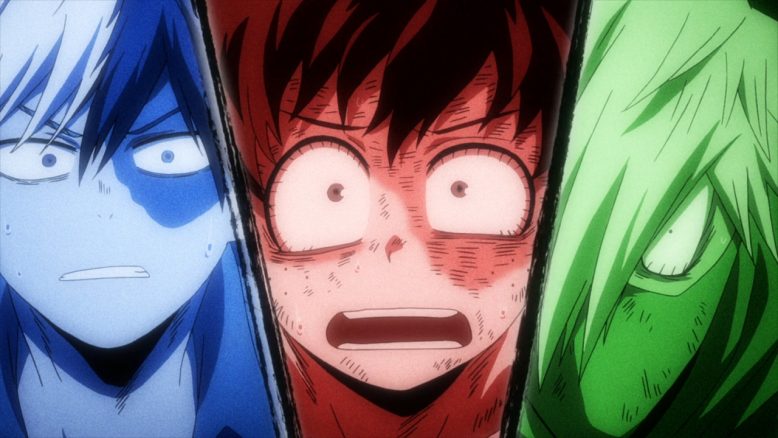 Now we’re set for some crazy moments ahead. We had a nice bit of action in this episode, but we’re set for a big rescue. I honestly love how this show doesn’t treat the pro heroes and heroes as a whole as useless compared to the kids. The police working hard found that hide out. Of course the tracker came into the picture, but they started prep work for a rescue mission before Momo woke up. The pros are gathering for stopping the villains and saving Bakugo. This is a situation where I kind of don’t want the kids getting involved. And it makes sense for character arcs for people to feel as they do. Iida made bad decisions in S2 and it put his friends at risk. While the guilt of Todoroki and Deku for not saving Bakugo may push them to do something dumb. I’m hyped.