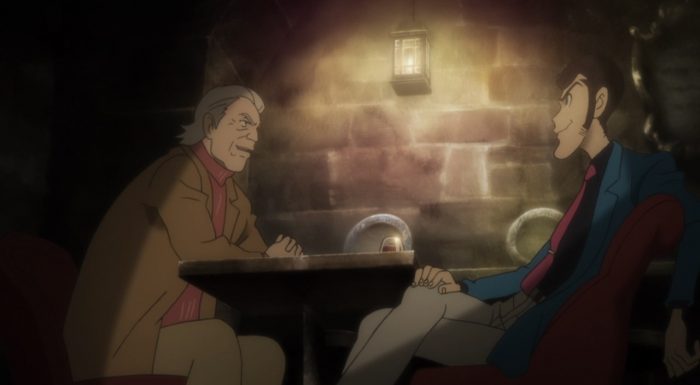 First a heist story, and now a mystery. Lupin III Part 5 is really outdoing itself at every turn, providing a series of doses of solid entertainment. What’s perhaps most striking about Part 5, however, is just how stark and different it is from whatever we’ve seen from this franchise thus far. First we got the Ami arc with its collection of big changes to the classic Lupin III formula, then we got a tribute to the series past and now we’re getting a much slower paced, more intricate story that’s peeling back the layers behind Lupin III’s world, rather than its characters. 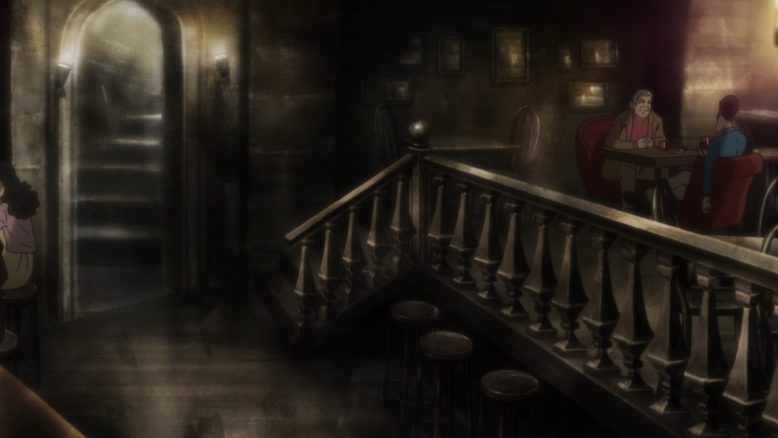 Its almost shocking how, despite how long running of a franchise Lupin III is, we’ve never really seen much of the underworld that Lupin himself resides in. With a career as long and decorated as Lupin’s, you’d expect that the master thief would have his own network of friends, acquaintances and older enemies. Yet, I can’t really remember a time when the franchise has actually dug into Lupin’s past, and decided to unearth some character or event from it. No, in a rather strange way, Lupin III has always been concerned with the present rather than the past.

And if this week’s episode does anything, it proves just how ripe for exploration the larger universe surrounding Lupin really is. The story this week, starts off with Lupin meeting an old friend of his, Gaston. Gaston is a particularly old fellow that Lupin met back in the very early days of his thieving career, and who seems to have helped the young man through that initial learning curve. 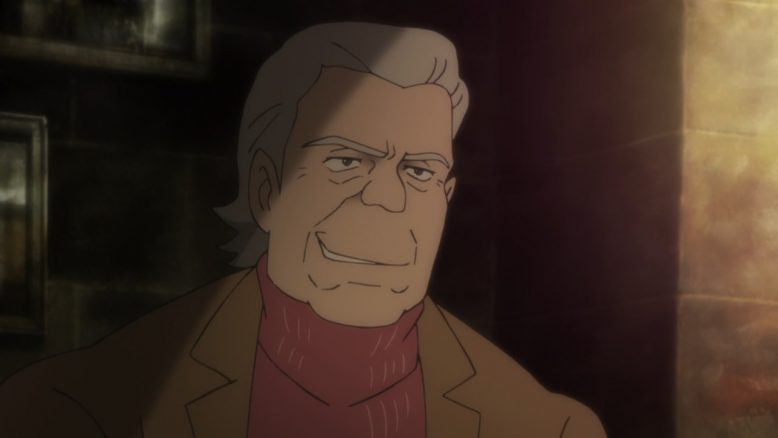 I remember, quite a few years ago now, when the Lupin III: First Contact special was announced. The excitement was wild among the entire Lupin III fanbase, because this was a story that we had never seen before. How had Lupin, Jigen, Fujiko and Goemon first come together as a group? Its a story that certainly hadn’t been told up to that point, but it was certainly a vital piece to the overall franchise puzzle.

In some ways, Lupin III First Contact was the origin story to the Lupin III character team dynamic that we’ve seen over and over again. It was a breath of fresh air, a new angle to a franchise that had, at the time, not really delved into its own history. Now, whether the actual end result was worth the wait or not, I think we can all agree that there’s an inherent desire for any franchise fan to learn more about the characters and the world that they love oh so much. 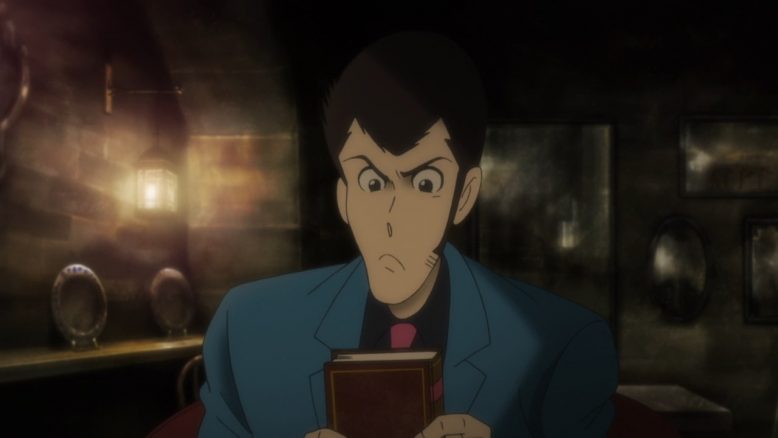 Yet, its worth considering that there are some stories that perhaps, should be left very much untold. Sometimes the mystique and allure of a particular character, plot point or dynamic can more or less be lost by a mediocre explanation. Thus, I think its always a bit of a gamble when a writer or team decides to tackle a particular part of a known franchise’s history.

Having said all of that, I think the direction that Lupin III Part 5 takes in going over some of Lupin’s old history, is a much safer and in turn smarter one. As much as I’m curious to see the origin story behind Lupin himself, I think its best to not touch that particular story any time soon. Some unknown friend or enemy from Lupin’s past? That is certainly another story. 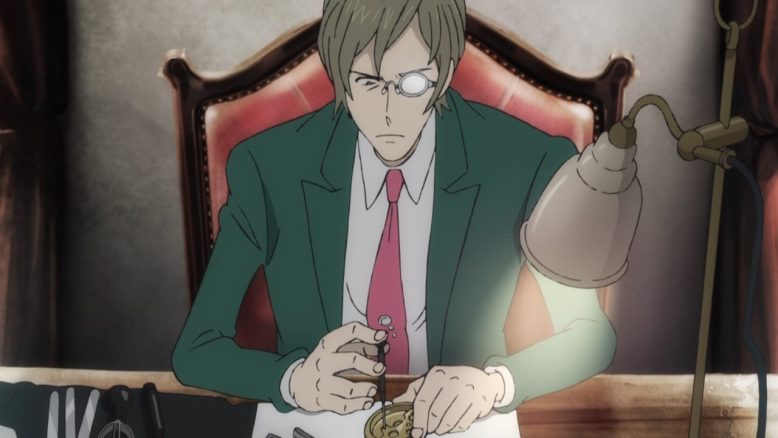 Enter Albert, a character that seems to be both connected to Lupin’s past, and who is very much being setup to be the antagonist of this next story arc. From what we saw this week, its clear that Albert is being positioned as a sort of “Moriarty” to Lupin’s “Holmes”. We actually haven’t seen a decent equal to Lupin in this series. There are people who’ve physically outpaced him, had magical powers or had numerous resources at their disposal, but Lupin’s skill and genius are second to none.

So when a character like Albert comes into the fray, there’s certainly cause for excitement to be had. Albert certainly plays Lupin like a fiddle this week, possibly disguising himself as Gaston, and then leading Lupin on a merry chase to find out the clues behind Gaston’s death, all while stealing some kind of blackmail black book. 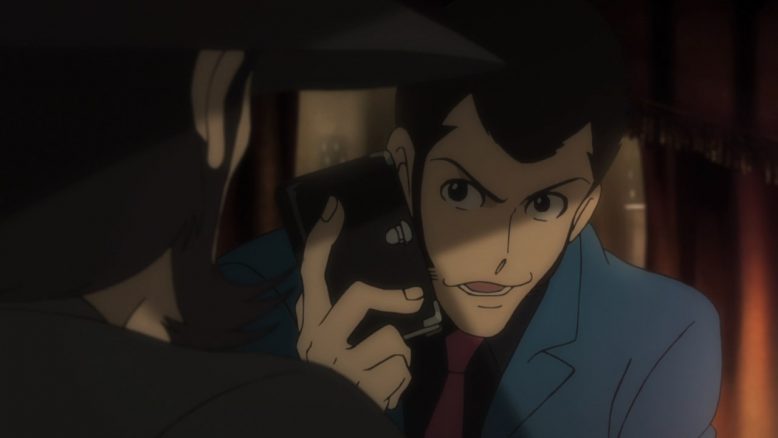 As it stands, Lupin has a ledger detailing all the coverups done by the Paris Police force and government, and he’s gotten himself into this particular mess thanks to Albert. Its a tantalizing prospect, as we haven’t quite seen Lupin be this far behind the curve before. Lupin doesn’t get caught unaware sure, but he’s certainly very much in the dark as he starts off this whole Black ledger business.

What makes this episode work, however, is just how well paced and well told the entire story is. Like a classic mystery, it starts out slow, with Lupin going through the motions and slowly uncovering the truth. Things get considerably more action packed and intense and Lupin gets ever closer to finding out what’s going on, and this episode is thus, a master class in how to write and present a solid mystery story. 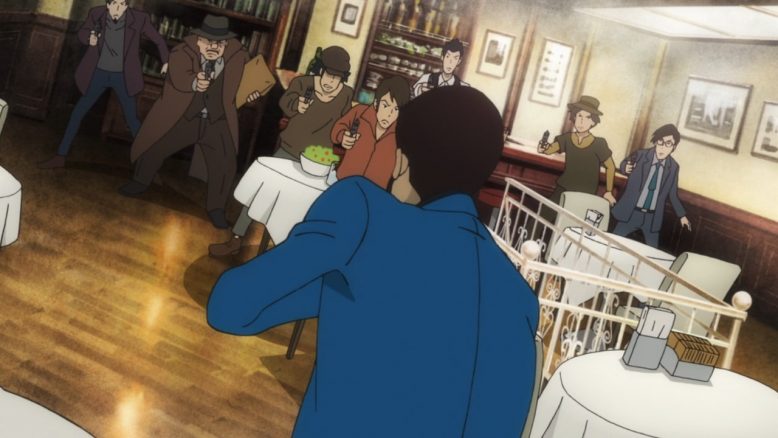 I’m not entirely sure where Lupin III Part 5 is going to go with this Albert character, or this new story that its embarked on, and that very fact, mixed with what we’ve seen thus far, has me very very excited. I’ve often said that the anime series that I truly love, are the ones that really are unpredictable and constantly have me pleasantly surprised throughout. As the years go by, and the amount of series I’ve seen increases, that idea of seeing something unpredictable has become less and less of an assurance, and more of a rare treat.

Lupin III Part 5, with its 7 episodes thus far is that rare treat. Its a story that I genuinely can’t guess or predict, and that coupled with the expert pacing, storytelling, dialogue and visual style, makes for a really good time. 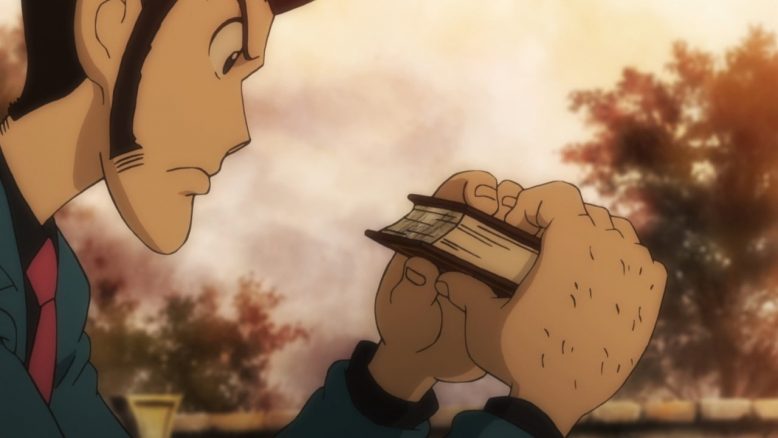 Of course, before I go, I do want to touch on one particular thing that I did notice this week. After the last few weeks of seeing Lupin III Part 5 absolutely nail it with regards to production values, I was a bit surprised to see myself noticing the rather static backgrounds and stiff background characters in every scene. While the visual direction and style for the show is just as great as ever, it was definitely unexpected to see the animation kind of drop in quality and life a little bit.

It speaks to the strength of the story and the general entertaining nature of the episode, however, that I didn’t exactly mind the slight dip in animation quality and production values. Lupin III Part 5’s story, pacing and nearly everything else is just that good.