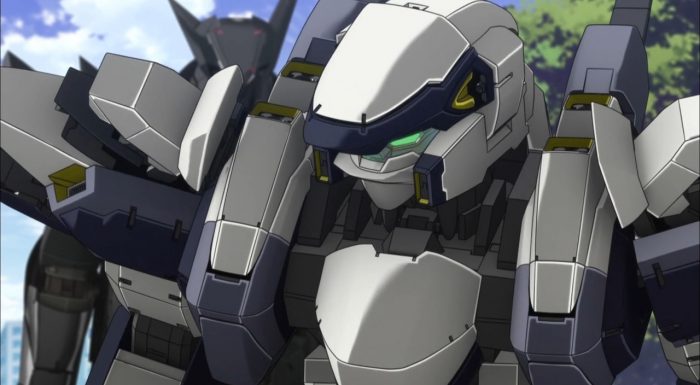 This season keeps on hammering away at the main cast. Oh sure Tessa and her group are managing to escape their situation, but they took some heavy hits to pull it off. They’ve lost some good people just in terms of holding the line long enough to escape. And they barely managed that with Tessa moments away from being captured and dragged off by Amalgam. I give props to Mao for showing up at the right time. A bit convenient with the fact that no one else apparently showed up in that hallway all the way to the sub, but hey the scene still worked XD.

Also, this is just a minor thing. Let’s talk about the episode itself. Try to avoid any hints or minor spoilers. 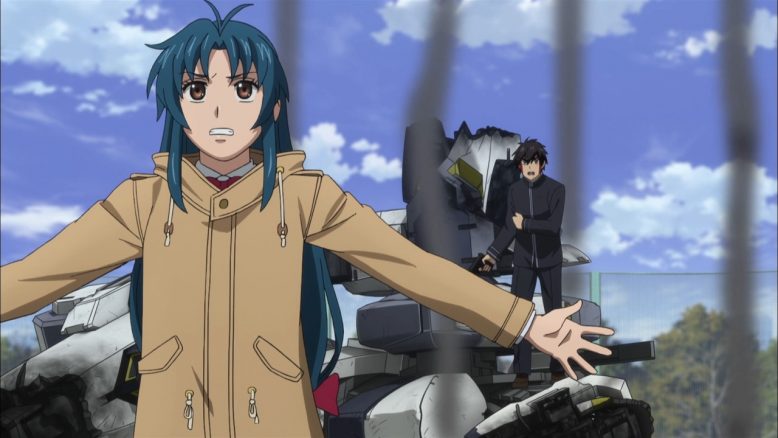 It definitely feels like an episode in the final act of a story. You have all the necessary big moments. Sousuke and the Arbalest have been pretty hard to stop. Most of the problems come from them being off their game or struggling with the darn Lambda Driver. Here they just straight up got stomped. Last Boss made clear with this one. Sousuke and probably a repaired Arbalest are going to need to step it up to bring this dirtbag down. Now to be fair it wasn’t as if they were in the best of conditions. Getting ambushed is a big issue and the physical/mental strain on Sousuke dampened his ability to deal with this situation. Yet that is only a minor comfort for him or anyone else. No guarantees that things will get any easier going forward.

This is just a situation where the heroes are looking pretty doomed. They are already on their back foot and now they have fewer options for firepower. The sub can only keep running for a couple weeks in the state it is in and the Arbalest is in pieces. No guarantee that Sousuke can meet up with the main cast either any time soon. Things are just pretty bad on his side of things. Can they fix the Arbalest or has it just been hauled off in pieces by the Japanese government? And if that unit really is done for…can it be replaced? Without something on the same level there is no way Sousuke can get Chidori back. 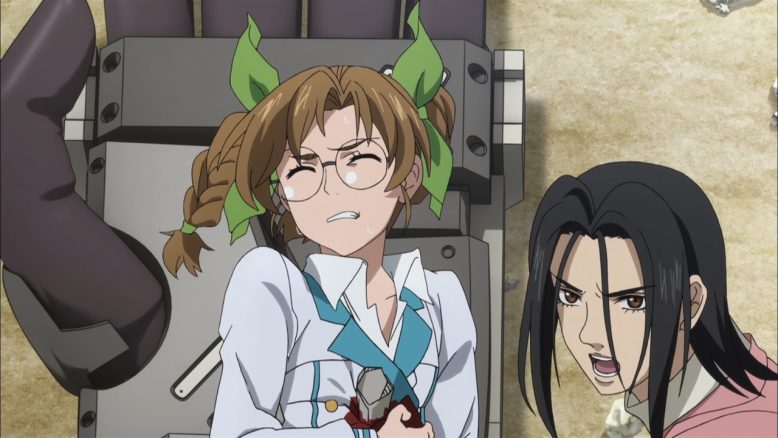 Honestly this does open up the chance for a bit of a breather as the current status quo settles in. It’s been a brutal run for the main cast and those around them. Mithril has taken a huge hit and hard to say if it is technically still functioning beyond Tessa’s immediate group. The school took a huge hit. They found out that yes Sousuke isn’t just a weirdo, but an actual soldier. They also lost Chidori to kidnapping and Kyoko to severe injuries. Sure she isn’t dead, but that was a pretty scary scene. It is one thing when the students managed to avoid getting directly in the line of fire, but this was pretty unsettling. Sousuke has done everything he could to avoid things going down this road and yet there was Tokiwa down with a pretty ugly bit of shrapnel in the gut. 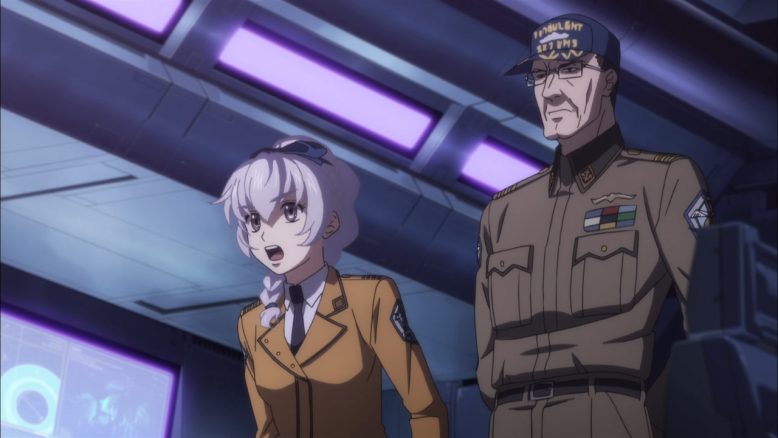 At least the episode did have some cool and fun scenes. The nice timing save by Weber and Closeau was well done. Taking down a Behemoth isn’t easy and a full effort allowed them to pull that off. And hey I have to say it is great to see Tessa pulling off some bold tactics herself. I wouldn’t be eager to effectively try to charge down a Behemoth, but she went for it. There was only one way out and that was it. Things are a bit dicier when she has to fight on her own, but she’s a darn good captain when she’s allowed to just sit in her chair and get to work.

Sousuke taking down a few units was satisfying but also unsettling. You knew he was emotionally compromised at this point. Taking down those units as quickly as possible while knowing that lives he cared about where at risk. 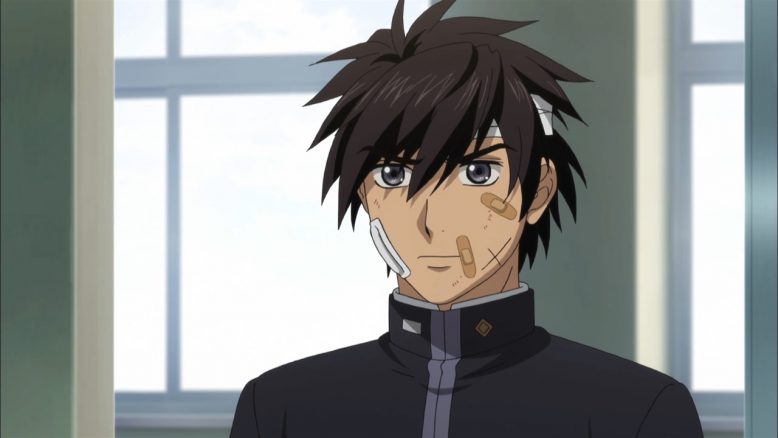 In the end a pretty darn good episode. The action held up nicely and the emotional side to it was handled well. Frankly I’m surprised Sousuke got away with such a relatively minor outburst from his classmate. It seemed very Sousuke of course to just take that with his greatest priority making sure the class would accept Chidori back when the time came. Of course he’s hardly concerned about himself or his future in that situation. I’ll also give props to the ‘former’ student council president on his help with the evacuation. That guy handled things with grace. Of course he’s trustworthy enough that people will buy that evacuation order, but also…Sousuke’s reputation is more than enough to get a school evacuated in a hurry.

Now the battle to deal with Amalgam and rescue Chidori advances to the next stage. The good guys need to regroup and figure out their next step. Going forward they might just get the chance to be on the offensive. There’s no shortage of motivation to make that happen. Sousuke being unable to do anything but watch Chidori be taken away is going to eat at him until he can find her. It was the only real option for either of them, but now they need to deal with it.