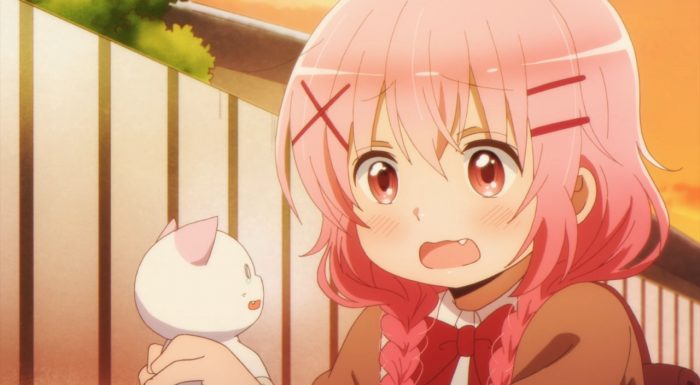 I have to say that Comic Girls might be the show that’s surprised me the most this season. There are a lot of good shows I expected/hoped would turn out as they have. But this show wasn’t really on the radar for me going into this season. Rather it was something I thought I’d check out whenever I had the time for it and it has turned out to be pretty good. I think the key to it is the likable characters and the emotional core of the show. It isn’t just a fun upbeat show (though there is that), but the main character brings a level of almost tragedy to it. Last season we had a somewhat negative and shy girl as the main character in Slow Start. But Kaos makes her look like an upbeat social butterfly by comparison. 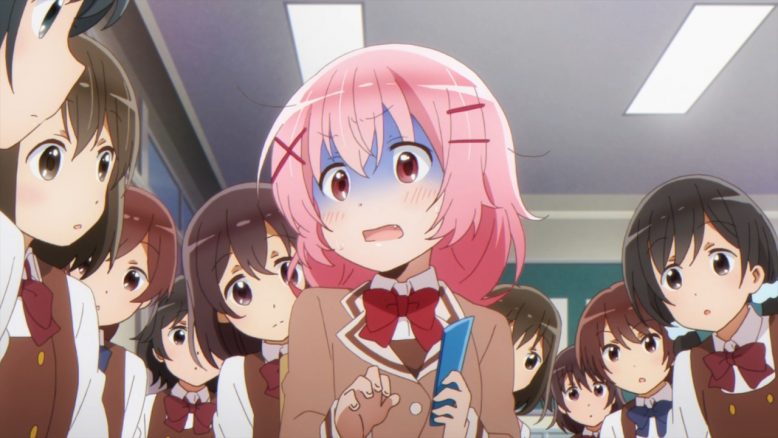 I can’t help but feel for Kaos and want to see her succeed. It’s actually pretty impressive that she is so uneasy that she managed to drag Koyume into crying with her about the future. She’s just so much more pitiful than the others there. Koyume’s big issue was trying to write about love without having fallen in love herself (and sucking at drawing guys). While the issues Kaos had…were about having no friends or human beings to socialize with. The fact that this episode was the first time in her life that someone had talked to her like that…really says a lot about her social experiences to this point.

But it isn’t as if Kaos is just a dark character. Sure she has some dark humor, but there is very much humor there. She’s very much a high school girl…that doesn’t quite feel like one. You can get where the complaints about her portrayal of high school girls comes from. In some ways she’s more like the perverted old man stereotype combined with a severe lack of self-confidence and social anxiety. Kaos just has a nice mix of qualities I think. You can’t help but root for her to overcome her flaws. A pretty adorable main characters with a penchant for dark monologues. 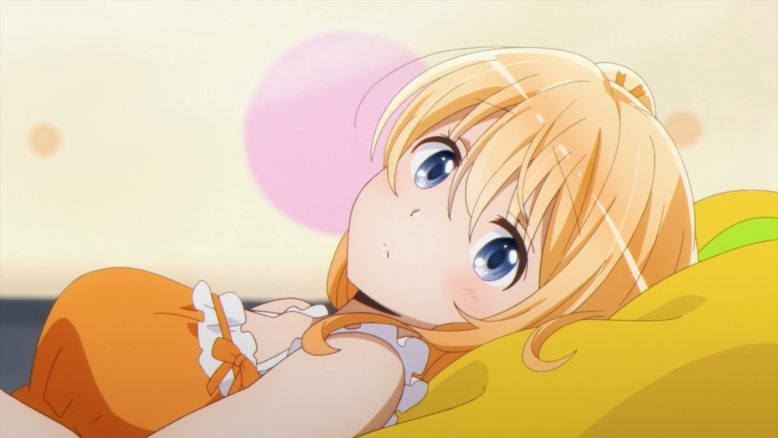 The cast a whole are pretty entertaining. They get to somewhat fit into stereotypes for the kind of manga they draw, but with some differences. Koyume is a pretty upbeat girl who definitely likes to eat. She’s pretty darn fun with how energized she is most of the time. A pretty fitting friend in terms of counteracting the darkness that Kaos can have hanging over her. Handling her issue of needing to experience love by falling in love with a pretty cool girl in Tsubasa works pretty well. Koyume just fits as a girl who is very much shoujo manga. Koyume can be very silly and very easily goes with the flow. She can agree to do something as involved as moving to a mangaka dorm after thinking about it for a couple seconds. I’m curious to see where the show goes with her character. 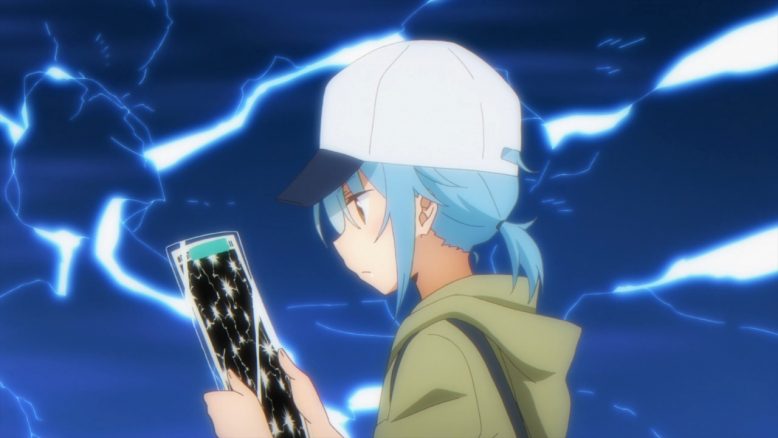 Tsubasa is just a fun character. She can drift into character, but can also just ditch that the moment it becomes a bother. Just something fun in the first episode alone seeing her go all ‘three pen style’ while working on the manga, but ditching the cloak and eyepatch when it came to crunch time. It makes sense that someone with that kind of fiery personality was pulled in by the desire to draw shonen manga. But maybe what I liked the most is her tolerance. Instead of being a brutally intense person, she’s pretty accepting of the weaknesses of those around her. She doesn’t chew out Kaos for mistakes. Instead Tsubasa understands that she is working outside of her comfort zone and is grateful for her pushing herself. But she can be firm and honest when it is appropriate. Tsubasa just goes far enough. 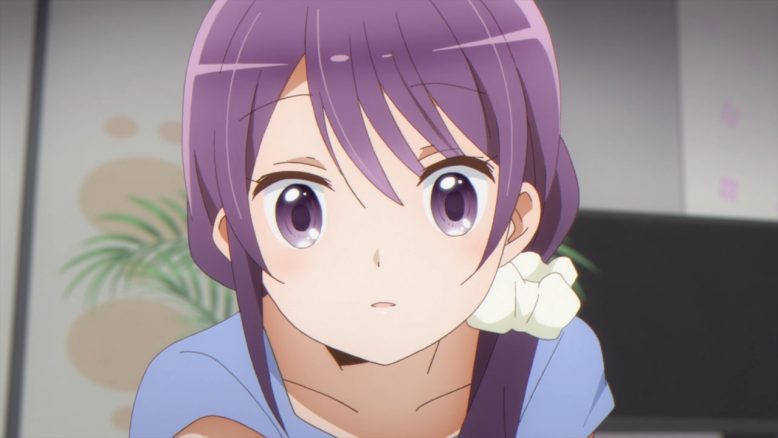 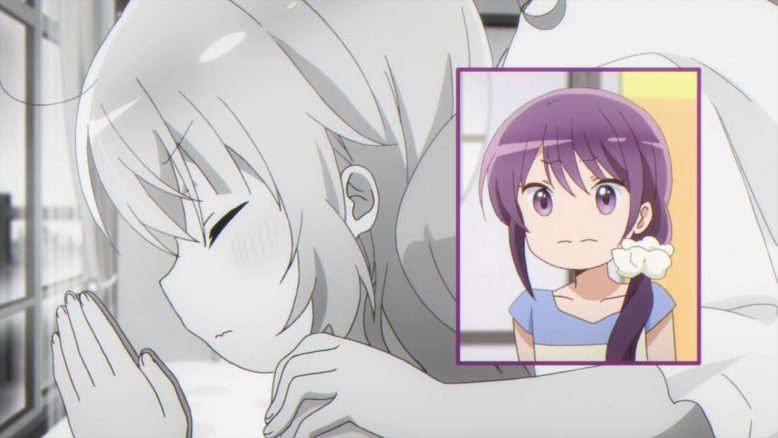 As a whole this show has just impressed me. It has some good comedy, likable characters, is surprisingly emotional, and some pretty tame/appropriate levels of fan service. In terms of this genre of show I think it is pretty darn solid. I think it’s a show worth checking out. Kaos is a good main focus for the show. She’s a weird, dark, cute, awkward girl, but one I want to see more of. Yet the characters around her are interesting enough that I’ll be happy to see episodes that also focus on them. I wanted to sit down and talk about this show a little. Not a show I necessarily wanted to cover week by week, but one that I’d feel bad if I never talked about it.