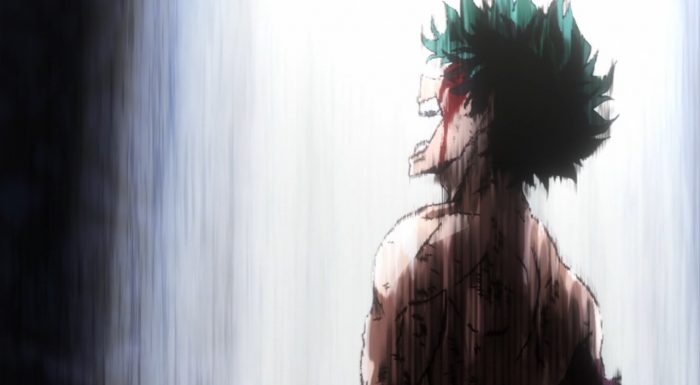 Holy smokes things are getting intense already! Taking into account the first episode for this season being recap, we’re jumping into some pretty intense fights almost right out of the gate. This was Deku’s biggest challenge to date. In terms of the difficulty and danger it’s almost incomparable to what he’s been through before. There was no help coming for him. If he couldn’t protect Kota and win the fight himself then they would both die. It was that simple. And he rose to the occasion spectacularly. Yeah, he once again had to seriously wreck his body to come through it but there just wasn’t any other choice. What else could he do except everything he could? Dying isn’t exactly a better alternative to doing some self-harm. 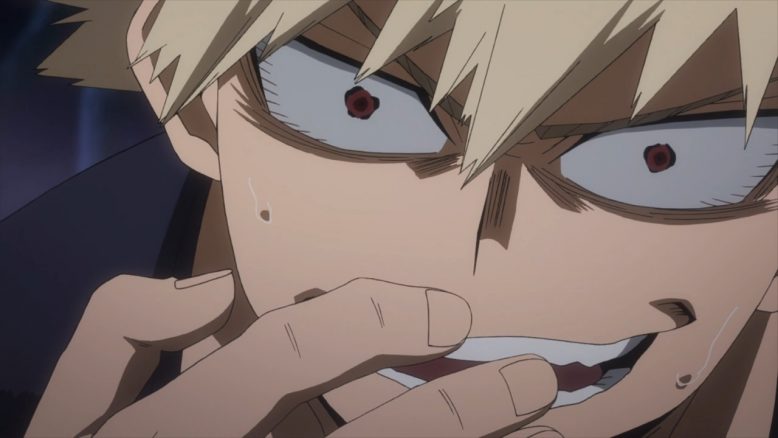 The biggest WTF moment though may be the info drop that one of the goals of this attack is…Bakugo!? I suppose he must have caught some attention from his win at the sports festival and he was a threat that saw through the warp guy’s quirk. But it is still a surprising revelation that they are specifically targeting him. Sure Deku and the other students are on the list of targets, but Bakugo is being singled out as a top priority. Luckily he is out there with Todoroki so it isn’t as if Bakugo is unbelievably isolated. They have run into one of the villains…but the two of them are pretty capable in terms of any pair out there.

The scary thing though is that it appeared that villain…was eating someone!? It might not mean death though since Shoji was out there with Tokoyami and he does have several arms. Now I have no idea how his quirk works in detail so not sure if he can re-grow a lost limb. But if anyone could lose an arm and still be alive to tell the tale…it would be Shoji. No telling though what has happened until we get to another episode and maybe find out. 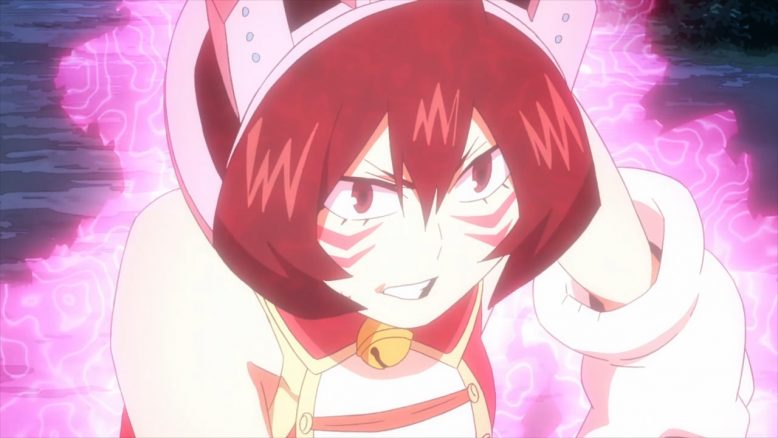 Things are really bad though. This puts USJ on a lower scale of terror for the students. There is no All Might or army of teachers coming to the rescue this time. Everyone has to find a way to get through this on their own. The big issue is being scattered from the start. They may not (I think) have brought a Nomu along, but even still the general threat level is much higher this time around. There aren’t many if any pushovers going to attack the class. Some of the Pussy Cats are already down (worried about Ragdoll especially) and Aizawa might also be. He did take a powerful hit there, but not sure what state he is in afterwards. Hopefully he can battle through because they really need as many individuals up and fighting as possible. 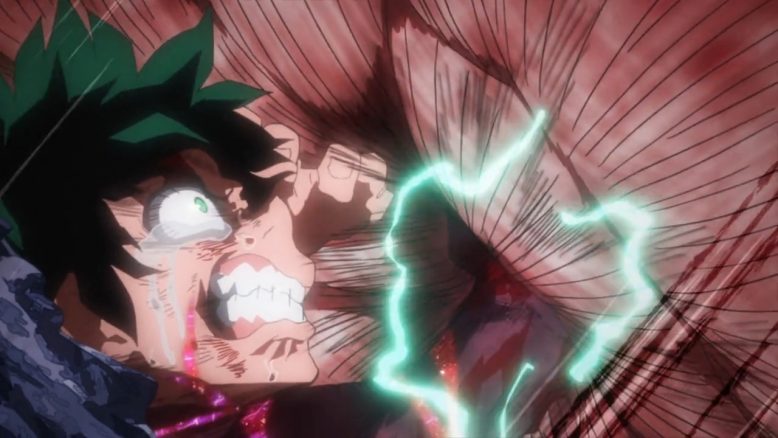 The highlight of course was Deku’s fight. I mean holy crap that was awesome on so many levels. The whole thing just unfolded in spectacular fashion. Deku took some hard hits early on and was overwhelmed by someone with somewhat similar quirk. Of course that guy has no clue what kind of monster Deku could become in the future. An inferior version? Please. Once Deku’s body is able to handle more and more of One for All’s power…he’s going to be as scary if not way more so than All Might in his prime. It’s just a question of getting to that point. At this point in time Muscular is generally stronger and faster than Deku. The only way Deku could stand a chance was giving everything he had. There was no time to worry about control or the effect on his body.

Honestly this fight just blew me away. You could see the creepy way this guy’s muscle fibers grew out from his body and made him into a fleshy monster. Deku also tried everything he could think of. Getting his arm stuck in that guy’s shoulder so he could try to hit him from point blank range was a solid tactic. Sure it didn’t finish this guy off, but it was the kind of crazy tactic you expect from Deku. The best part really was Kota stepping up to help Deku and then seeing Deku unleash his absolute best hit. Now I’m sure his body couldn’t actually handle something like 1,000,000% without blowing up, but it did show Deku pushing past his limits. If he wants to be like All Might that’s the kind of thing he has to be able to do. 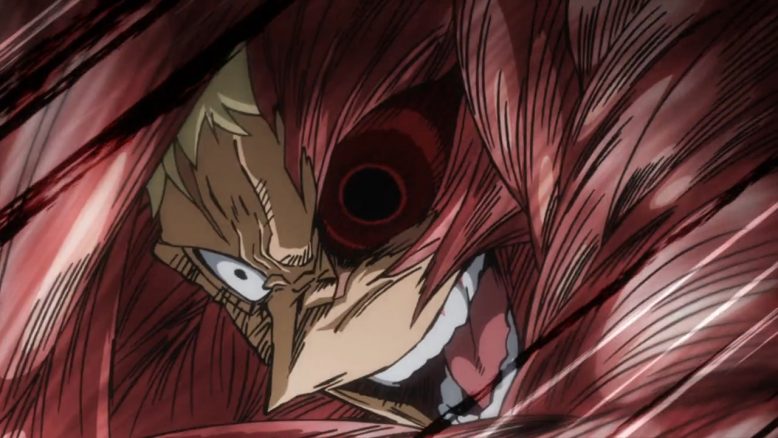 This episode was just awesome. It was a lot of fun watching Deku rise to the occasion during a real crisis. Of course this situation isn’t remotely resolved. Bakugo is apparently in danger and frankly so is everyone else. The pro heroes are trying to handle things as best they can, but being caught offguard and being outnumbered is a serious issue. The various students from both A and B will have to rise up and hold their ground. This isn’t a situation they can simply run away from.