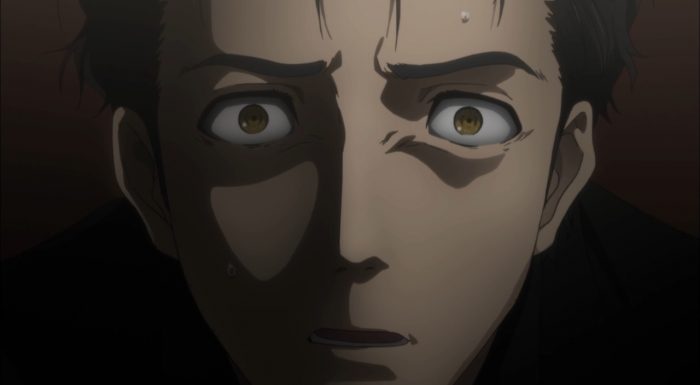 Well that was a fairly somber first episode for Steins;Gate. I suppose though there is no other tone you could really aim for here. We are seeing a possible path that events could have gone down and it isn’t the best case scenario by a long shot. The show obviously is expecting familiarity with the original series or the source material. Sure they throw around a few terms, but as a whole this is carrying on with implied knowledge. So I’m just going to talk about the show in that context.

Far as I can tell the key point here is Mayuri herself. The start of the episode in the future focused on her (along with a mini Kurisu) looking out at the wreckage of the future. The flash we could see was back to episode 23 of the original series. Back then Mayuri straight up slapped the heck out of Okabe and gave a mini speech to get him motivated again. Her push got him to stand up and make another effort to save Kurisu. But it appears in this version of events she didn’t do that. Instead she comforted him with a hug and presumably let him throw in the towel. In both cases she wasn’t entirely sure what was going on anyways, but in this version she didn’t give him the necessary push. 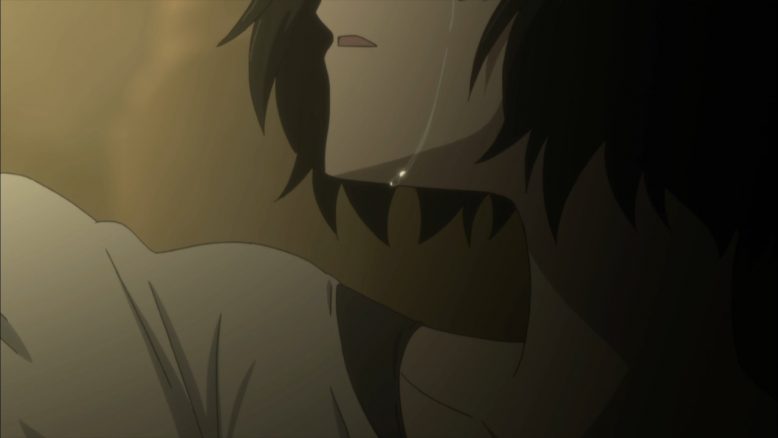 The results are apparent. Okabe has effectively given up and been avoiding the lab like a plague. He’s ‘moved on’ in a sense, but not really. His trauma and nightmarish memories continue to haunt him. It appears he is trying to medicate himself through it, but it doesn’t appear to be working that well. Hard to really get counseling for the kind of PTSD he’s suffering from. Good luck telling someone that he’s been travelling across various timelines and witnessing people he cares about dying horrible deaths. Apparently he’s trying, but I wonder about the end results there. 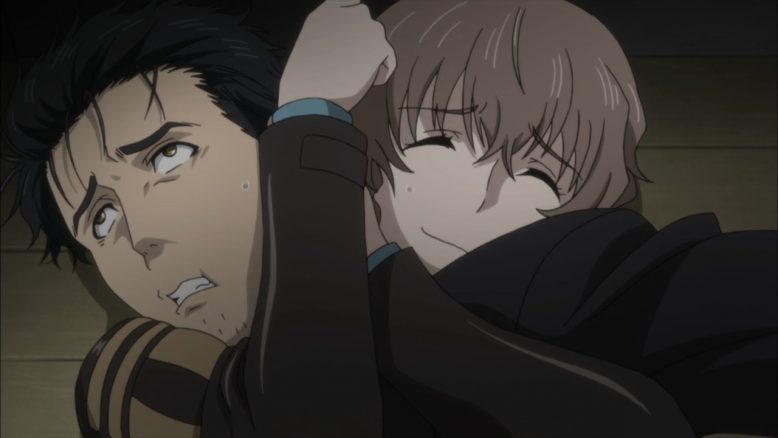 Everyone seems to be kind of stuck. Suzuha is left effectively sitting around looking after her father Daru. Okabe’s cooperation is essential to any attempt to save Kurisu and the future as a whole. So all she can do is try to make sure not to get in the way of her parents slowly developing relationship, keep her father working in the direction of making a time machine and wait for Okabe to find the strength to take up the fight once again. No doubt it is agonizing being stuck and unable to do anything substantial. We got a bit more backstory for how things went down in her time and yeah…not very uplifting. You can’t say that Suzuha hasn’t been through some messed up experiences. Seeing her mother gunned down in order to protect her and effectively getting bathed in her mother’s blood…that’s messed up. 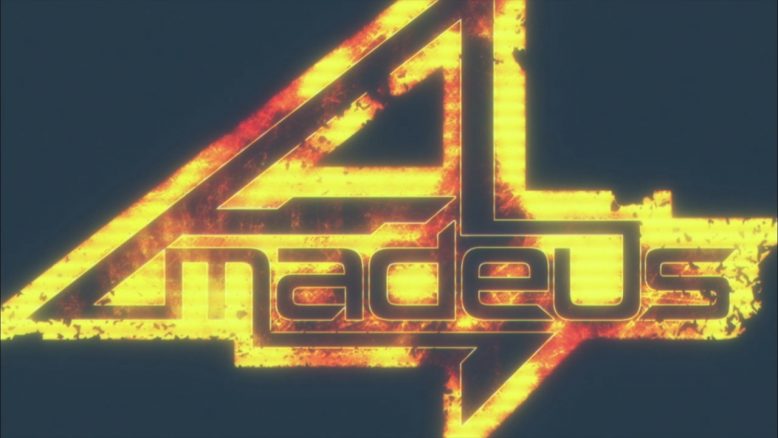 A lot of this episode was just tipping our toes back into that world. But the end was still rather important for kicking the plot forward. It seems as if AI are going to be the big thing this season. And of course it all revolves around Makise Kurisu once again. She was clearly the one who created that theory and others have basically taken that up and run with it. So during the time Okabe has been basically just trying to deal with his loss and trauma…AI have come into the picture. Not simply AI, but AI drawn from human memories and thus apparently having human emotions. That can’t possibly end well… 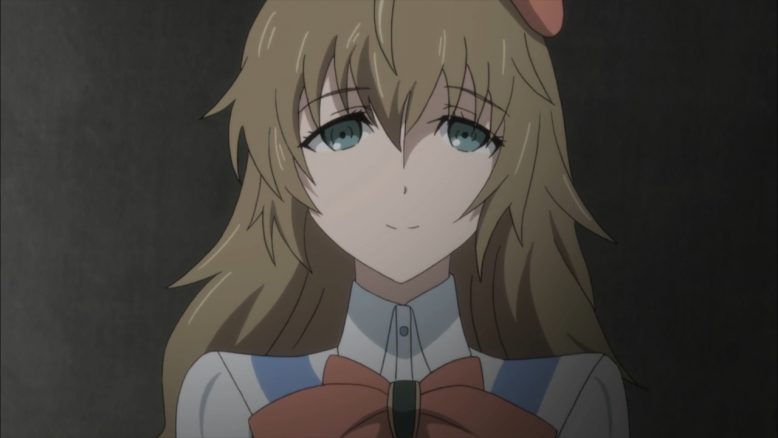 The key thing though is that the downward trend of the beta timeline is unfolding even if Okabe has tried to avert his eyes from it. The hell that Suzuha grew up in is just around the corner. If nothing else this reveal should be a decent push to get Okabe moving. Things can’t stay like this. Too bad we simply end the episode on Okabe looking shocked as hell, since I’d like to see what he does from here XD. But I suppose that is something to wait on for next week’s episode.

At least the episode had some fun moments. The difficult spot Suzuha has in avoiding too much interest from her future mother is pretty entertaining. Although I suppose for her it is a bit more stressful than that. Revealing too much information could be risky as well. Suzuha’s entire existence is in the balance when it comes to things going smoothly between Daru and Amane Yuki. 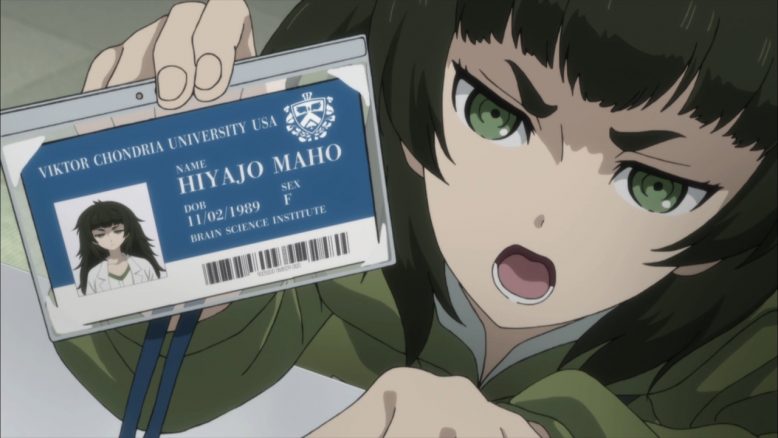 As a whole it wasn’t a bad first episode back. You got a feel for the current status quo and how messed up Okabe is from his experiences. Sadly he’ll have to pick himself up soon. The reveal of Amadeus is no doubt a trigger for advancing the threat to the world. The march to WW3 is still ongoing. If nothing else I wanted to get this first look done. We’ll see how things go, but no guarantee I’ll pick this up for the spring season.