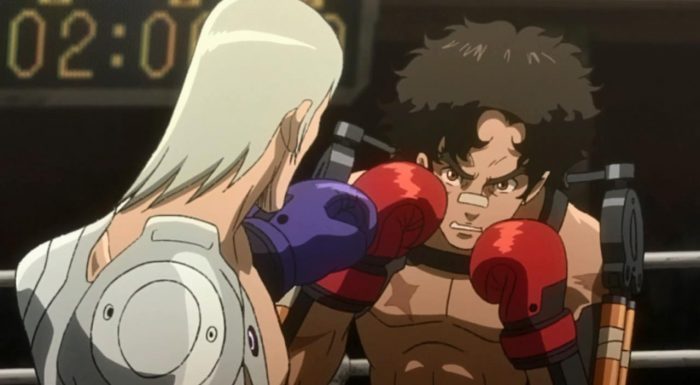 Well it seems like I spoke too soon. Megalo Box, despite having one of the best premiere and setup episodes in recent memory, was kind of a let down in it’s second episode. Sometimes, what’s even more tragic than a sub par episode is the missed opportunity of capitalizing on what came before. And Megalo Box? Despite a great lead in, really didn’t do much with whatever it built up to last week. Instead, the episode seemed to kind of deflate it its own story. 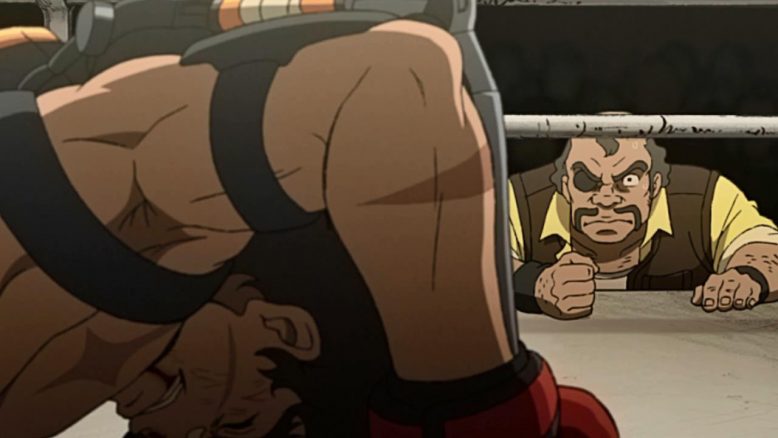 A big reason, I think, for why Megalo Box’s second episode doesn’t quite hit the mark, is because it tells rather than shows. See, we’re really led to believe that this big brawl between Yuri and SD (who later in the episode assumes the name of Joe) is something monumental. Heck, the show even believes that it is, after the fact and basically treats this battle as its main foundation for the story and its protagonist’s main drive.

The problem? The fight is just boring, simplistic and is over before you know it. There’s no great conflict or even something remotely interesting here. Yuri basically owns Joe, who seems to be at a huge disadvantage despite all his talk. I never expected Joe to win here, but I did expect to see SOMETHING interesting or exciting. A punch, some sort of move or endurance that shows Joe as someone actually worth rooting for. But no, all he does is manage to make Yuri use both his fists, and then proceeds to get himself knocked out pretty darn quickly.

Its anticlimactic, in the worst way possible. At the end of the day, Joe doesn’t really show anything that makes him worth following or being interested in. He’s thrown fights thus far, he’s lost to the one guy who we’re supposed to believe is his rival, and he’s inspired by a fight that seems pretty darn boring to be honest. Yet, the show, almost as if going off of some boxing story template, treats this bout as if its something transcendent.

Joe is so inspired by this beating that he’s taken, that he goes forward and decides to chase after Yuri. He moves away from his habits of throwing fights and genuinely wants to win. Which, is noble, and it makes sense, but the show requires its audience to believe in something that they’ve seen to be quite abysmal. In essence, the show is basically telling its audience that this match between Yuri and Joe was a big deal. It may very well be, but I think if the show wanted to make such a huge deal out of this Yuri/Joe rivalry, then it had to invest a bit more time and effort into their fight. 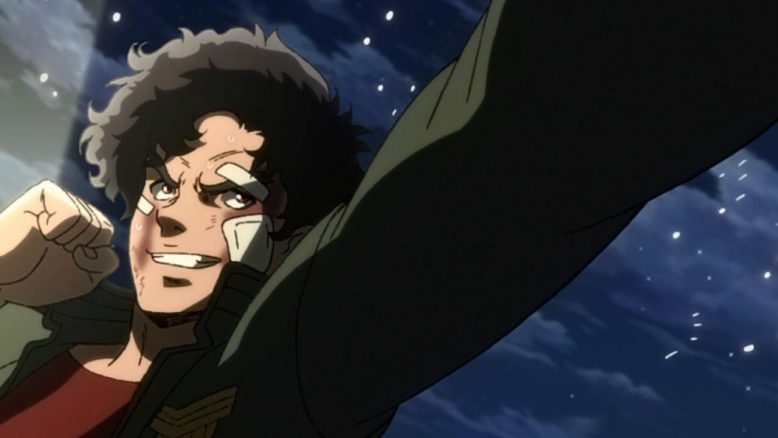 As it stands, the reason for Joe going out of his humble haunts into the actual legit Megalonia tournament, is pretty flimsy. Which says nothing about how conveniently easy it is for both Joe and his “partner” and trainer to basically make their way into said tournament. For all the show presented in its first episode, with the whole “Citizen ID” and what not, it doesn’t really do anything with that particular notion.

No, there’s not some deeper theme of the privileged versus the poor rising up, its just an excuse to give the main character his name and relate it back to this show’s inspiration, Ashita no Joe. Which, man is that such a waste of an intricately crafted world here. To make matters worse, The fact that the ID is actually pretty darn easy to get, just makes the moment even less impressive. Its one thing if Joe or his trainer had to work hard to get into Megalonia. Hell, it would’ve been nice to see some difficulty or some shady deal, or some kind of angle to the Mob boss basically giving them access. But no, because the two believe, their “resolve” is enough to convince a pretty dark and shady Yakuza type to basically take a gamble on them.

Why? Oh because old man trainer dude has been “bluffing his entire life”. Uhhh… What? Even in the best of circumstances and standing, you’d invite serious skepticism if that was your big argument. But the show doesn’t care about details and semantics. It’s basically following this template of “underground fighter meets better fighter, gets inspired and chases after him”. I’m sure that’s actually a riff of off the Ashita no Joe story, but it just doesn’t work without the proper build up, detail work and care put into it.

In the end, Megalo Box’s second episode makes the show feel cheap. It feels cheap because it does the exact thing that the first episode did not; It takes shortcuts and cuts corners where it clearly should not. Gone is the slow, careful buildup of anticipation, replaced by a story that’s so enamored with itself, that it refuses to actually put in the hard work that it so needs to. 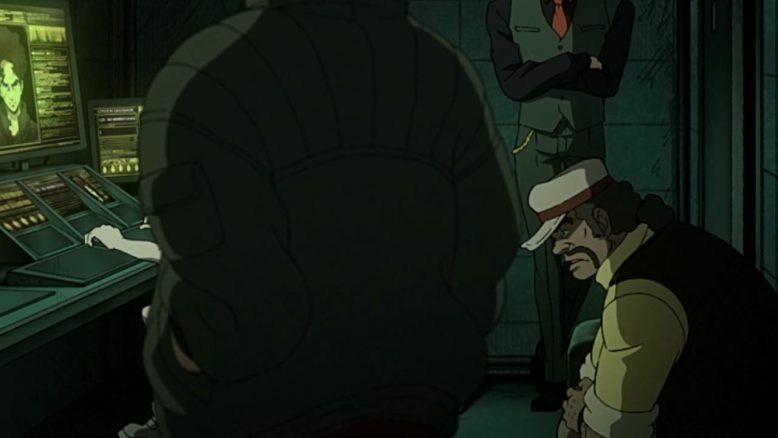 Which, honestly, is darn shame. I really liked Megalo Box’s first episode. I thought the production values were great, the art direction was awesome, and even the story was genuinely intriguing and exciting. This week’s episode has me thinking that the first episode was a fluke. I mean, even the Opening Animation and Song were pretty darn subpar, IMO. The animation was just a bunch of static shots, with a pretty cringey song playing in the background. I have nothing against Japanese rap, but it has to be done right. The rap seen in this show, thus far, is just kinda dumb sounding and doesn’t feel like there’s any heart in it.

Part of me does wonder if Megalo Box just blew its load in the first episode. That’s probably true, but I’m going to give this show one more episode. That really will determine my level of care for this show, and whether I’ll actually blog it or not. If this turns out to be another Vanishing Line Garo, or something on that level, then I don’t think I’ve got the energy or the capacity to keep covering and talking about this show. 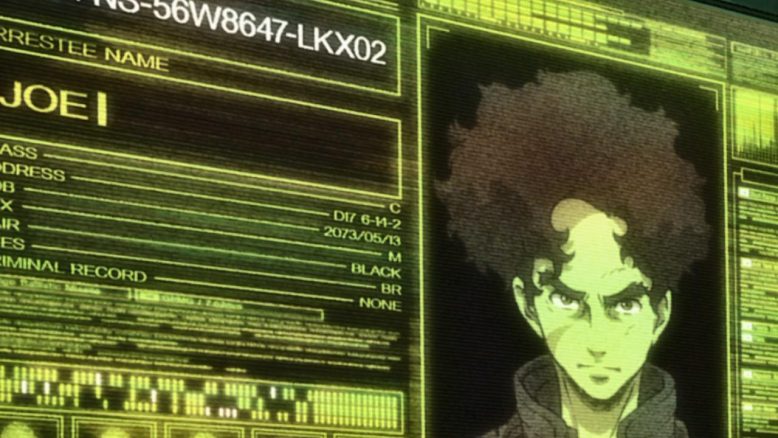 And that really is the danger of fantastic first episodes; They create really high expectations for the rest of the show, and if you don’t deliver, well… You get Megalo Box.