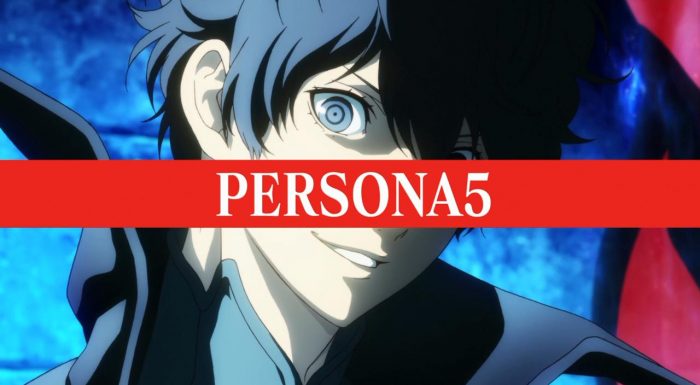 Oh boy… This is worrying, worrying indeed. There’s always a bit of skepticism when it comes to popular video games being adapted into anime (it almost always never ends well). The Persona franchise, however, has long enjoyed a situation where the adaptations for its games have been decent to pretty darn good. That, combined with the fact that Persona 5 is universally beloved as one of the best RPGs ever made, well… You can imagine the expectations and hopes of fans for this anime series, Persona 5 The Animation. 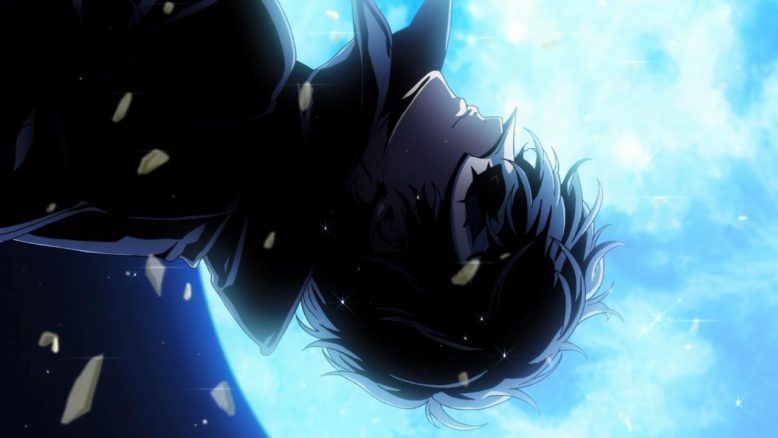 Personally, I myself, was never expecting this adaptation to do well. Persona 5 is a LONG game, with a deep intricate story that has many facets and plot points. In order to get all the story content from the game, including the side stories found via confidants, the game can easily have you spend a good 100 hours. Converting a 100 hour RPG that is chuck full of interesting story, into a 24 episode series is a tall order. Heck, I think it’d be hard to do the game justice with even a longer episode length. Having said that, however, its certainly true that more episodes would have helped this adaptation immensely.

I say that, because if the first episode is any indication, this show is going to really rush through the game’s content, in order to be able to fit in just the bare minimum. Yes, This week’s opening episode was fast. It was crazy fast. The pacing was so speed up in fact, that I think the story was not only done a disservice, but it actually lost a lot of its power and impact. 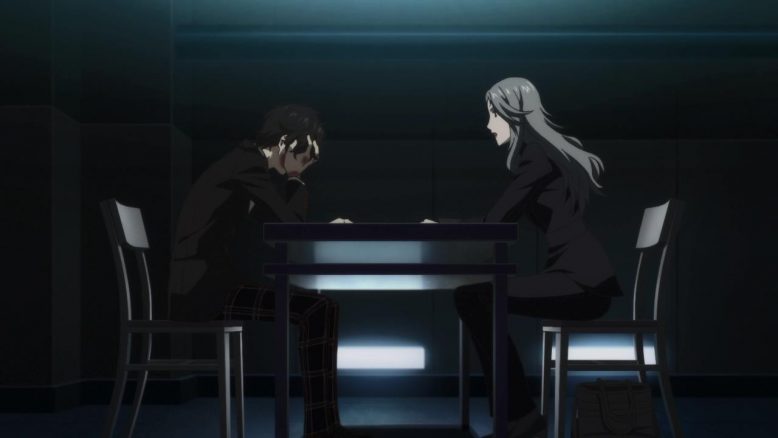 Look, I get that the show has only a certain number of episodes to tell its story, but the introduction is the most important aspect of any story. Persona 5 has a great opening, it starts with this bombastic scene that shows off the Phantom thieves and more importantly, the capture of their leader, who’s named Ren Amamaiya in this adaptation.

To be honest, I think this whole intro sequence with Ren getting caught and the interrogation starting, could’ve easily made for at least half of the episode, if not more. No, I take that back, the intro sequence SHOULD have, by itself, taken half the episode’s run time. I say that, because this intro sequence really sets the tone for the what the story is going to be, once the introductions and world building are established. 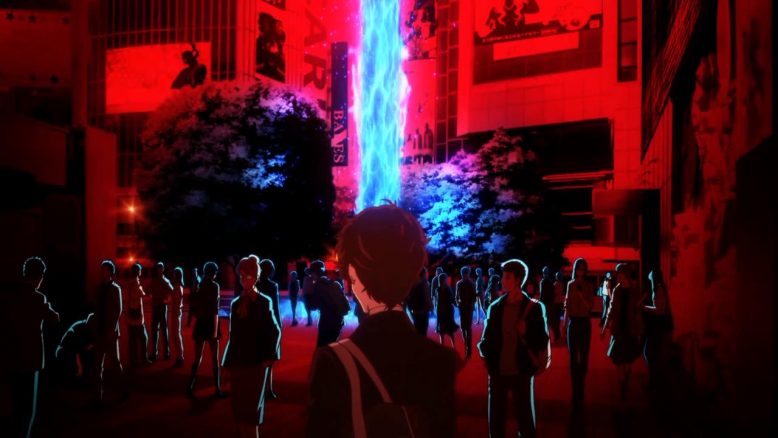 And since Persona 5 the game takes a good deal of time to bring us to a point where the more fantastical elements of the story take hold, this little tease/primer is exceedingly important. The show, unfortunately, decides to forgo spending too much time here and instead takes a scant 6 minutes to establish Ren’s capture and interrogation. It then jumps into the meat of the story much like the game, flashing us back to six months prior. From there on, the show sadly, only quickens its already fast pace.

See, what is so striking about Persona 5 the game, is that it follows up its bombastic intro, with a slow, careful setup for Ren (the protagonist’s) life. We meet Sojiro, much like how we meet him in the anime, and get the cold shoulder sure, but that’s not all that’s needed to properly illustrate how alone Ren really is at the start of the story. The game spends a good deal of time establishing how much the teachers and adults hate Ren as well,  slowly establishing the setup for what is the first few hours of the story. 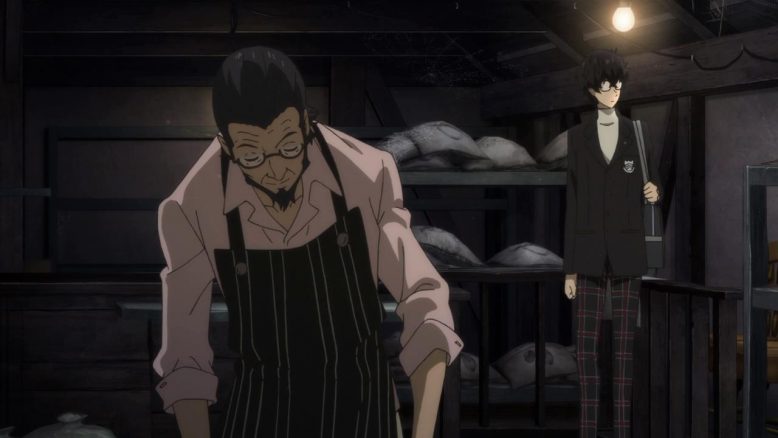 Only after that, does Ren end up going to school, meeting Ryuji and what not. There’s a few more moments before the story transitions into what ends up being the alternate version of the school that both boys go to. There’s a distinctive change in tone that happens when Ryuji and Ren find themselves in this odd and bizarre world, and in the game, it feels like a nice contrast to what came before, because its spaced out appropriately.

In the anime? We jump from the opening scene, to the interrogation, to Ren’s arrival at Sojiro’s, to the dream sequence in the Velvet room, to the alternate reality school, and then end on Ren’s whole persona sequence. 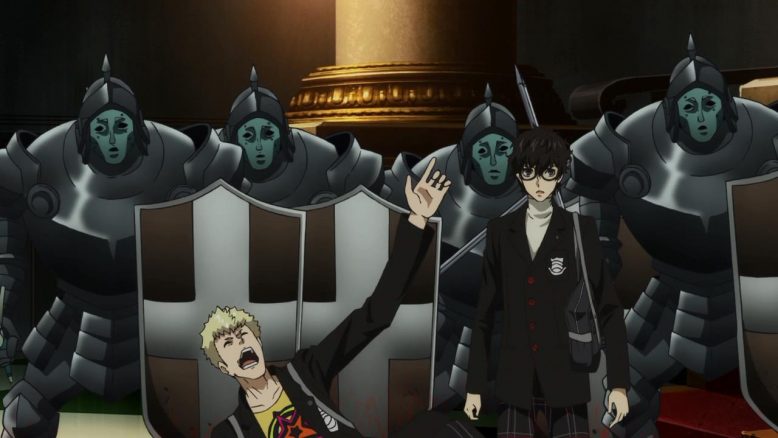 That’s a lot, and it happens so quickly, that the transitions feel jarring, which in turn makes the whole story feel amateurish and sloppy. The consistency of tone just isn’t there, and its all because the show’s production staff want to end the episode on a particular point in the story; Ren unleashing his persona powers.

I’ve said this about adaptations with pacing issues before, and I’ll say it here again; You can’t just skip to the perceived “good parts”. Yes, Ren’s transformation and calling on Arsene is friggin cool, and you can bet that I was hoping and waiting for that scene to  be shown off in the anime. But the problem is that, that scene, because it gets here so darn fast, feels… Unearned. Ren hasn’t slugged through his difficult life situation, or even the bizzaro world, long enough for his eventual rise to power to feel satisfying. 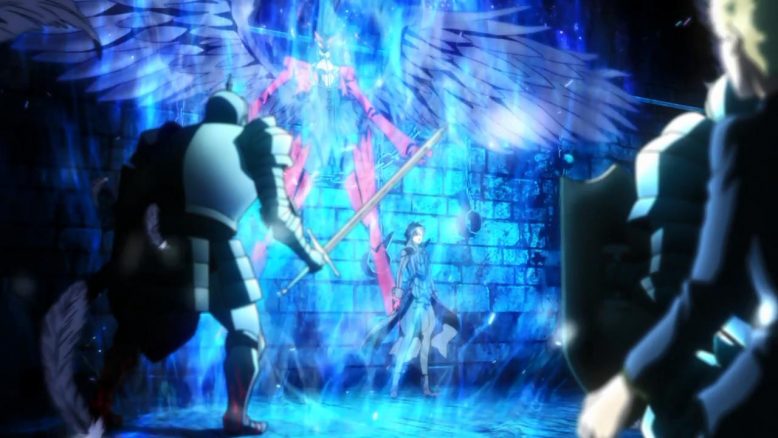 And I think, what this all boils down to, is a lack of confidence in the source material. Persona 5 the game, has a really good story. Persona 5, even in its most slow and mundane points, is a fascinating good time. Skipping to the more action-ish parts, without developing important elements that lead up to them, is going to be a recipe for disaster.

And no, I don’t think that the pretty darn good animation and general production values, the use of the music from the game, all that bonus stuff, is enough to account for simply put, bad storytelling. 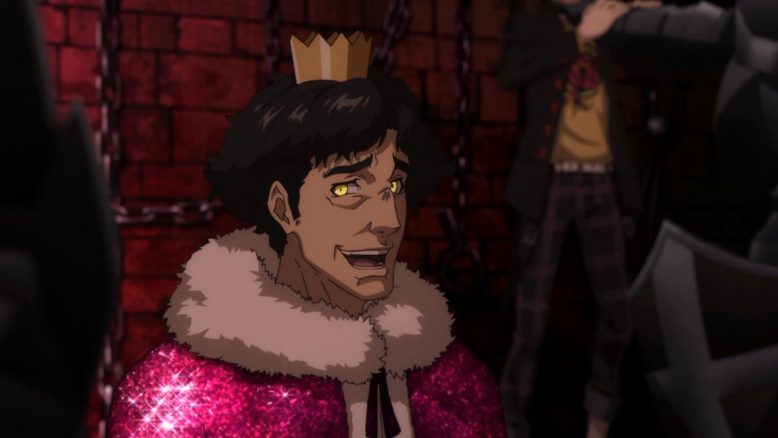 Case in point, the whole introduction of the first arc’s villain, the olympic gymnast who’s also a teacher at the school. The show quickly shows him off, and he proceeds to attempt to execute Ryuji, all in a matter of seconds. Which, is in itself problematic, but to make things even worse, Ryuji himself has only been on screen for a few moments.

There’s no quantifiable attachment to any of the characters yet, so any real stakes are an impossibility. Heck even Ren himself hasn’t had enough time to shine or proof himself to the audience. Thus, the moments at the end of the episode, designed to be cool and memorable, end up feeling sudden and hollow instead. 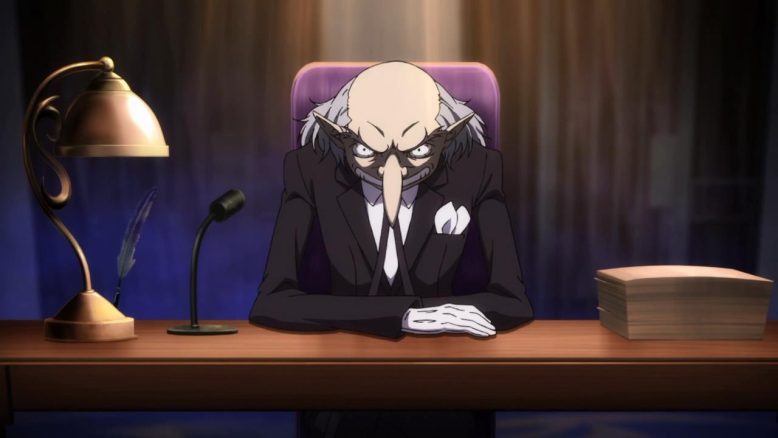 Which, incidentally, was what my worst fear for this series as a whole was. I can see newcomers to the franchise, people who haven’t played the game, watching this episode and going: “What is the fuss about exactly?”. Which… Is a darn shame, because I think first and foremost, the purpose of a Persona 5 Anime series should be to bring in newcomers to the franchise, and potentially get more brand recognition for the series.

As for the other group of people, the ones who, like me, have played the game. Well… Its easy to feel disappointed and dismayed by what we saw this week. And as I often say about adaptations that begin by rushing through their introductions, I hope that the show and production staff decide to pump the breaks a bit. This story, these characters, this game and its fans, deserve better.