Legend of the Galactic Heroes: Die Neue These – 01 [First Look] 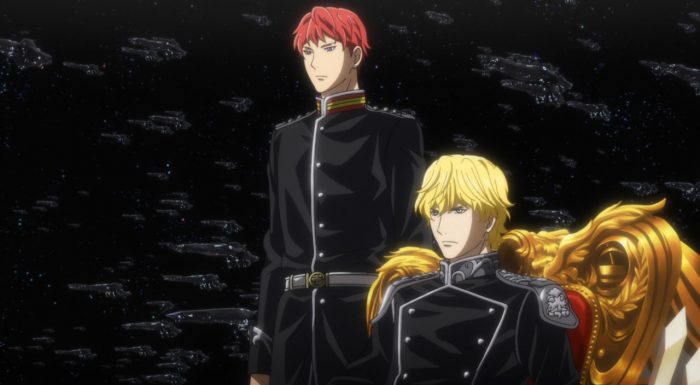 I have to say that was a solid first episode. The show gave a quick background for the setting and just jumped into it. We spent most of the first episode following around Reinhard a member of the Galactic Empire. It made for an interesting episode staying pretty tight to his point of view while occasionally seeing what other characters were thinking. And he made for a good character to stick around. You get the understanding of how clever and bold an individual he is. Instead of just looking at history as a concrete law, he learns from it. In the past an army in their position failed and that is important to take in. But if you avoid making the same mistakes then you can turn that historical failure into victory. 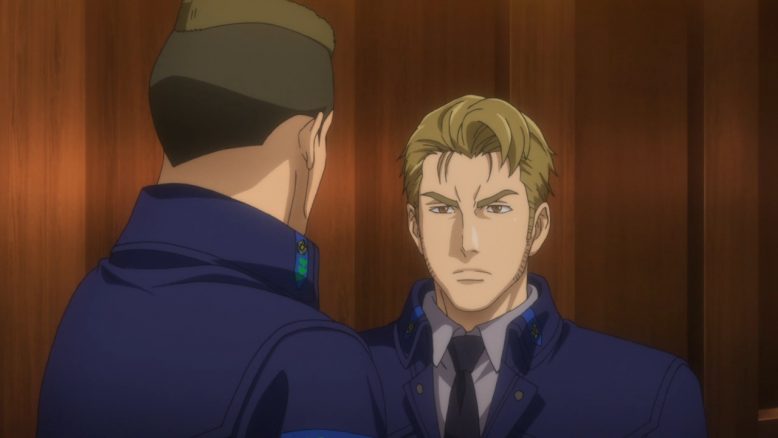 Nothing new in the sense of young and brilliant tacticians can clash with established leaders. There is a sense of escapism in having the chance to show the old timers how wrong they are XD. We can see the foolishness on both sides of this conflict. The Empire’s established military men were frustrated and looking down on Reinhard for not listening to them. They wanted to turn and run because history says they would lose. Of course Reinhard had the advantage of outranking them on this. At best they could grumble but they had to follow his orders. That is an admittedly frustrating situation for anyone. You want to be right, but being right would mean getting killed.

It was a similar, but different issue for the Alliance. You could see one guy who had common sense trying to give good advice, but constantly being shut down by an incompetent superior officer. In that case the one who knew better could only suggest and couldn’t make the incompetent person listen to reason. That guy was killed because his superior officer was incompetent, but not a coward. So doubly stupid in that sense. The turning point appears to be a superior officer dying and that allowing the promotion of someone equal to Reinhard’s intellect. A sad thing indeed that this Wen-li guy couldn’t help out his allies until someone above him died. 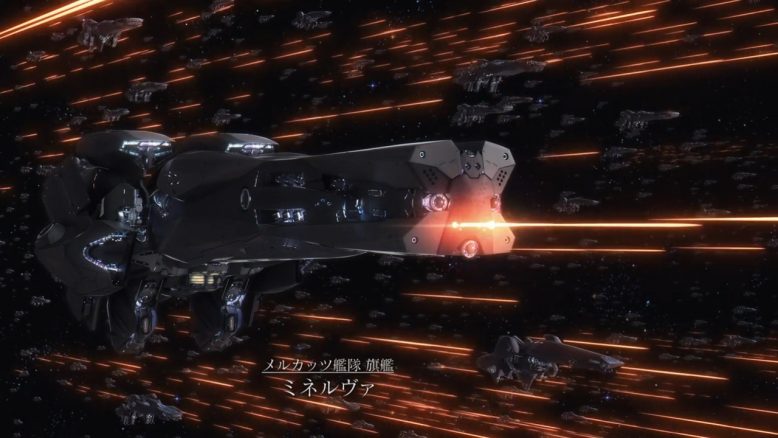 Very much feels old school which makes sense considering the source material was published in the 80s and a previous adaptation came out around the 90s. But it is somewhat refreshing to go back to old school space combat. The focus so far being on the leaders and tacticians on bridges and not just following around pilots in fighters/mobile suits. Though they do appear to have fighters, they are just another tool in the arsenal similar to all the ships. In some ways it is hard to grasp the scale of the conflict, but you get how many ships there are involved in this. Obviously the CG could make it or break it for some. For me it wasn’t a distraction though. 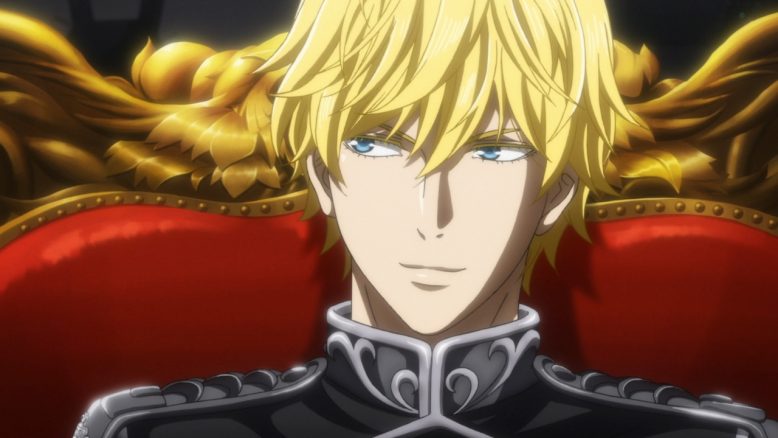 It made for a pretty solid first episode. The show threw us right into things and I’m just figuring out where everyone stands. We get the trust and friendship between Reinhard and Kircheis. And we get the various dispositions of the generals serving beneath Reinhard. I expect next episode will switch over to the Alliance side. The episode gives the impression that Wen-li has done something shocking and clever to turn the tides of this battle, but we’ll have to see what that happens to be. I’d expect the show to basically focus on these two as they fight in this conflict and matching wits the whole time.

Can’t say I’m going to pick this one up for the season since I’m still pondering options. But I did feel this one deserved a first look.

in Legend of the Galactic Heroes: Die Neue These