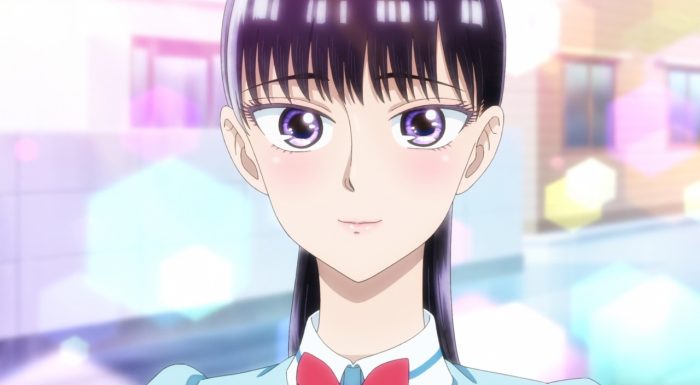 And so another show reaches the end. It’s always a bit bittersweet to see the conclusion for a show, but I’m glad this episode was pretty good. A lot is left open for this episode, but you get the general picture of where things are going for the main cast. They actually left the potential relationship for Akira and Kondou as a plausible point they could reach in the future. It wasn’t really discounted or thrown away. The both of them will continue chasing their dreams and fulfilling the promises made to themselves. So long as they walk that path they could easily end up together and feel fulfilled as individuals. Heck we even got that big ‘hug’ though it was again more of a symbolic/mental image than something that really happened. But I think this was the most open and honest Kondou has been about them potentially getting together. 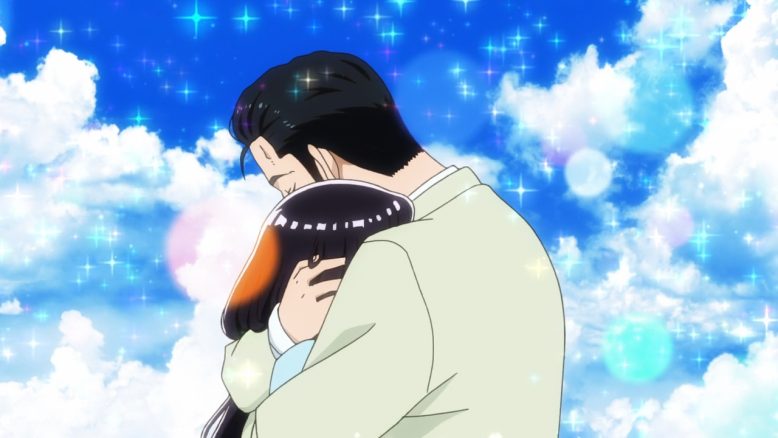 This episode really was all about both showing how Kondou is chasing his dreams again and getting Akira back to chasing her dreams. I did like though how they surprised me at points. Honestly, would not have called Yuuto being an important trigger. Sure he didn’t push her directly, but the parallels were so obvious that even Akira couldn’t miss them XD. The kid that didn’t let falling down a few times stop him from keeping his promises and chasing the finish line. A perfectly honest response by Yuto saying that while he’d keep going even if it meant finishing last…he still wanted to win XD. Might as well keep going and trying to win no matter what. 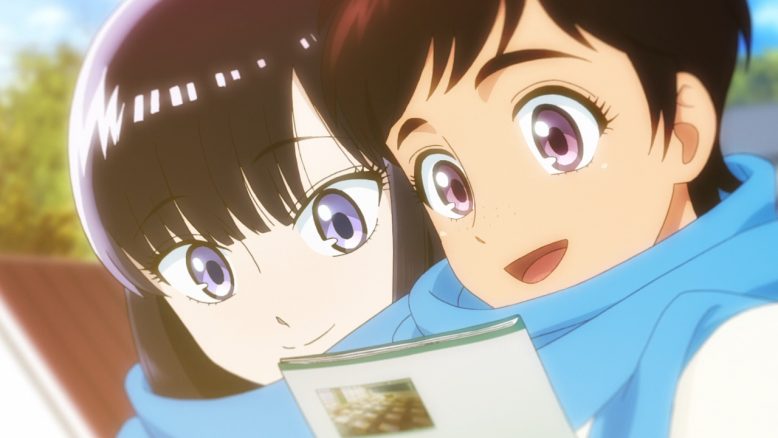 In the end I did enjoy the whole flashback sequences for Haruka and Akira. These two really were tied at the hip. I do think you can throw critiques all over the place, but in the end I do hope the rehab goes well and they can run together in general. They really did have such strong feelings towards running and wanted to go to this school for such a reason. Just for Akira’s sake I’m glad she’s going to make the effort. She was able to look away from her desire to run and the joy it brought her. But it just feels good to see her willing to face those desires again. And her going in that direction will get those friends on the same page. A downside to this stopping point honestly is that I’d like to see more on that front. 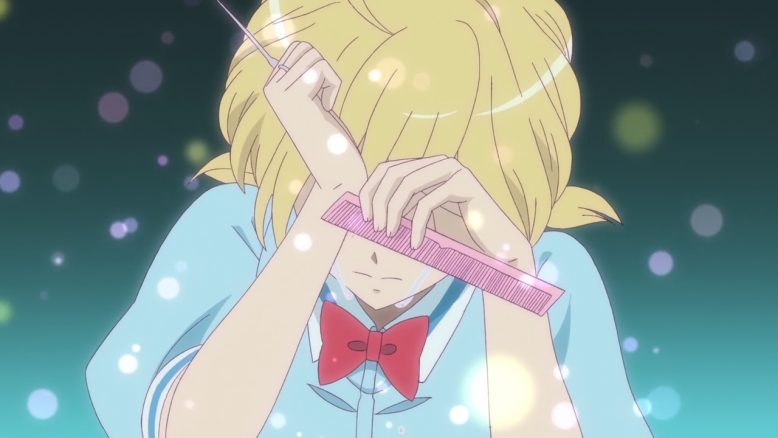 The episode did a decent job tying off some loose ends as best as it could. I honestly wish Yui the best with her budding relationship with Yoshizawa. It does feel as if things are going in the right direction there. In some ways I can’t even say the show could have thrown a bit more drama there since both of them are such upbeat individuals. Maybe you could have created some drama with his initial crush on Akira, but only so much time. I like the idea of leaving off with these two getting closer. You can imply where things will end up without it being left too open.

While I wouldn’t say Kondou’s novel writing is a loose end…it was nice to see him chasing his dream. Obviously the bigger focus was Akira making the move back to running, but we get to see where Kondou’s character arc has taken him. His interactions with Akira and his old friend Chihiro have him giving his best. It’s not easy for him to jump back into writing after pushing it aside so much, but he’ll get back into the groove. The most important thing is that he’s enjoying himself. Even the tough parts of it are fun for him because he’s getting back to something he loves. 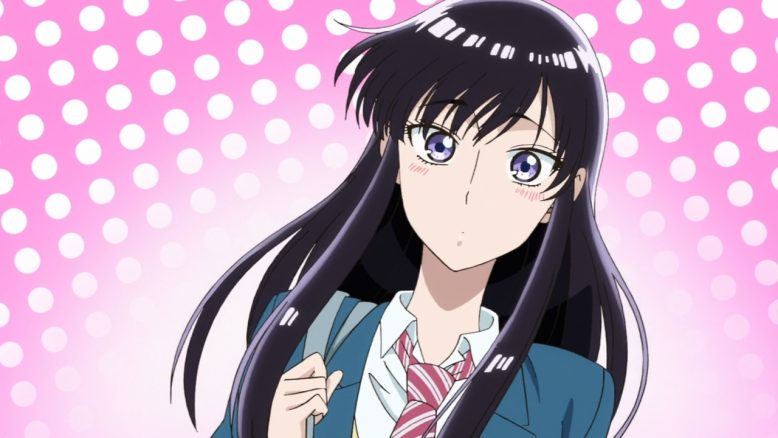 As a whole this wasn’t a bad last episode. It wasn’t too surprising on many points. They tackled a lot of things in the way I figured they were leaning. Honestly I was surprised they nodded or hinted at the relationship future of Akira and Kondou as much as they did. For me it seems pretty clear that they’ll keep going in that direction down the road. In some ways I still wish the show was more focused on the potential challenges they might face, but I can get the idea of focusing on their personal journeys first. They can’t really chase a relationship until they are complete people who are happy with themselves. 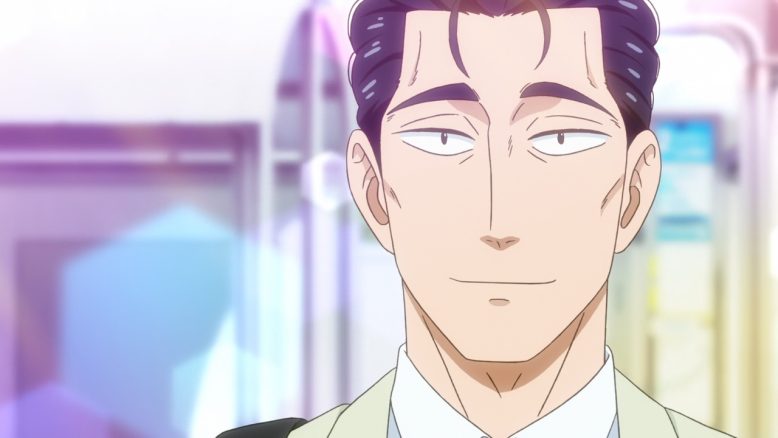 Final Thoughts
I wasn’t sure what we were getting into with this show. It wasn’t clear to me going in if the show would be about a taboo relationship or about directing the girl away from that. I was surprised early on with how they did manage to make me so perfectly ok with this pair potentially getting together. I think a huge gain was that Kondou was such a likable guy who never seemed the type to take advantage of any power imbalance or push things. They let Akira be the one who honestly pushed for a relationship. I did think early on they were going to delve into the challenges such a relationship might face and that would be the focus for the show. Instead the show turned to focus more on developing Akira and Kondou as individuals first. They both had personal journeys they needed to deal with. 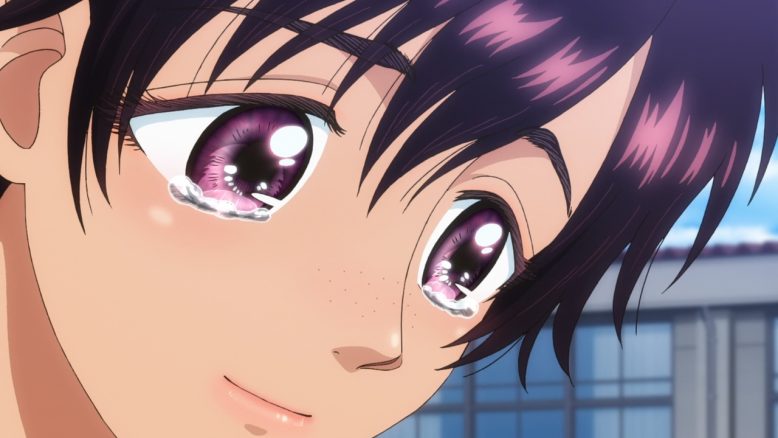 I can’t seriously disagree with the direction they went with. Akira and Kondou were both people who had basically abandoned or given up on their dreams. While Kondou wrote a little, he had basically shoveled that part of his life into a corner. Akira was spending so much time at the restaurant and in some ways was chasing a relationship to fill the gap and hole in her life. She did honestly fall for Kondou and his kindness. It wasn’t as if she had no legitimate feelings there. But she was hanging onto those feelings so tightly in part because of what she’d lost and given up on ever having again.

I do think it was fair for the show to focus first on the main characters and then on a potential relationship. Honestly if the show was 2 cours then I could see them transitioning from here into other things. Sure they can’t spend as much time together since Akira will be busy with rehab and then track. But I’m sure the story could still keep going. I don’t know as an adaptation how far they got into it, but I suspect this wasn’t exactly the ending to the manga. Though who knows. 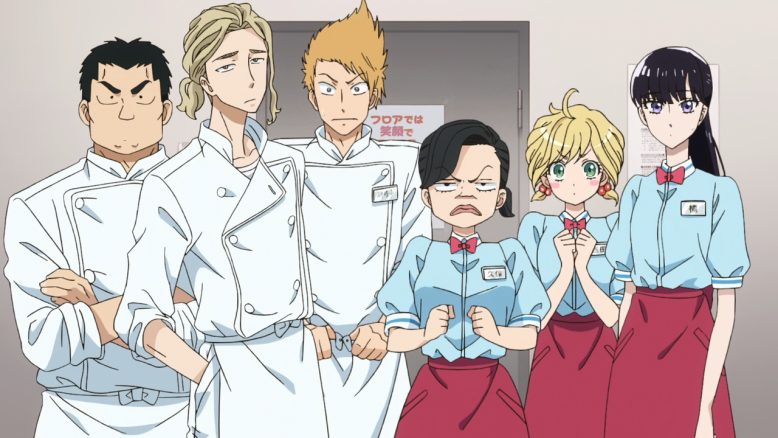 Goodbye to these guys

This was a pretty enjoyable show. It wasn’t my favorite of the season, but it had some strong episodes. The first half for me was pretty darn strong. The second half was full of important developments, but I liked the shock value some of the early episodes had going for them. It remained a good looking show though from start to finish. The OP/ED combo remains one of the best of the season in my view. I will miss getting to talk about this one from week to week. At least this wasn’t a bad way for the anime to conclude. It had a feel good moment with some potential for the future of the characters. They will be missed, but everything has to end eventually.