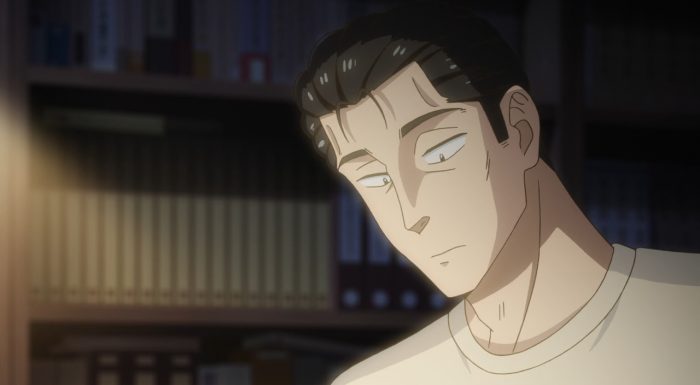 It appears my speculation was on the mark. The show definitely appears to be heading towards Akira turning a corner and getting back to running. This current crisis isn’t about her romantic pursuits but rather whether she can return to running again. Though I wouldn’t be surprised if her interest in Kondou is part of the reason why she doesn’t want to just stop working (or cut back) and focus on rehabbing her injury. Obviously she isn’t open to that option, but that’s where the story appears to be heading. Now that Kondou knows that her friend wants Akira to come back and with that reaction…we’re going to have some drama. The issue really is how far is Kondou willing to go? If she’s that firmly saying she doesn’t have anything she’d rather be doing…how far can he push? Particularly how far can he push from the position of manager? 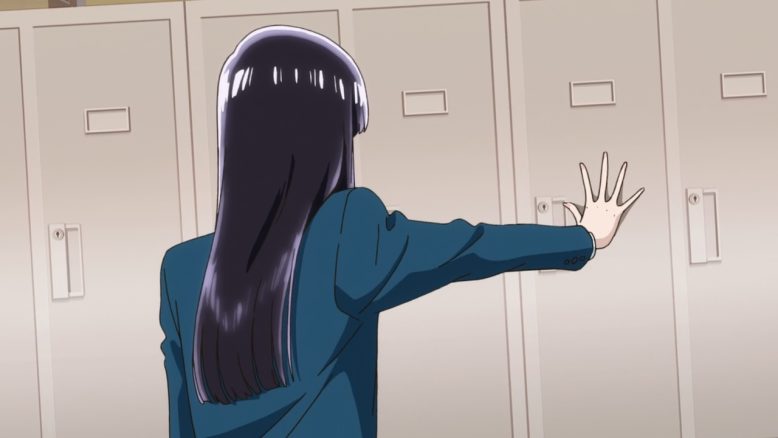 Obviously she isn’t nearly as over running as she is acting. That’s just a given. She isn’t looking at her running shoes at night because she’s over it. Nor is she looking at that message about the girl who recovered from the same injury she had a sign that she’s over it. I’m glad Haruka acknowledges that not everyone recovers the same. But emotionally she can’t help but think that of course Akira can come back from this. The problem is Akira hasn’t tried to come back yet.

Akira’s still hanging back and resisting going to rehab. While she hasn’t verbalized why she isn’t willing to try, we can guess. She may be afraid of failing to come back and finding out for sure that she can’t run the same way again ever. And part of it may be not wanting to potentially lose her contact and connection with Kondou to chase something she might not be able to attain. Honestly it may take Kondou more than anyone else to convince Akira to give it a shot. Maybe he’ll have to tell her that she won’t lose him or anything else by trying to go back. But we’ll just have to see what happens. Haruka has made her move. She’s approached Akira, she’s expressed her wishes, and I think the ball is in Akira’s court in terms of what she does next. 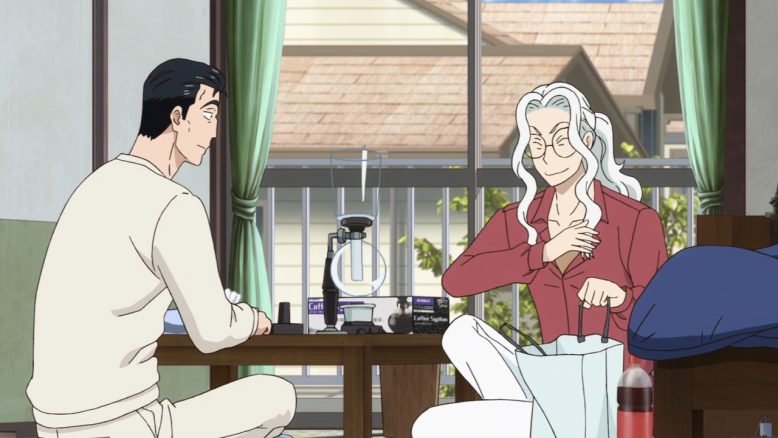 Of course a good chunk of this episode actually went to Kondou himself. Meeting up with his old friend again did lead to some interesting conversations. I like to just treat what he said as mostly serious so I don’t have to piece away at his words too much XD. I could see this as being an interesting contrast to Masami himself. Chihiro has reached success. He is an accomplished author that has a book being turned into a movie. And yet…he’s not completely happy. That book took off because he wrote something for mass consumption. He may have compromised his vision in order to be successful.

Once he took off he needed to keep writing things that would have appeal to the masses. He had to write in a way that would allow him to keep existing as a published author. Maybe he is a bit unhappy that he can’t just write whatever he wants just for his own sake. Though he still can’t be completely unhappy, it is probably a slight thing eating away at him. It may just show that just because you can do something you love for a living doesn’t mean it won’t have some consequences. In order to be a writer for a living, he has to write things that sell. 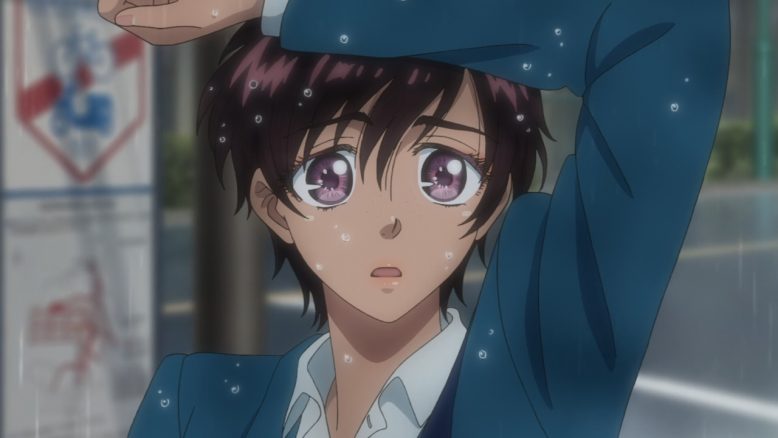 Honestly I do like how they’ve handled Haruka’s character as well. Yes, Akira doesn’t have to run for that friendship to work. But the more Akira dodges the club and school in general the more they are going to drift apart. This isn’t like say GochUsa where yeah people can work various jobs and still have a tight friendship. Akira is basically working as much as possible outside of studying. She’s even offering up her Sundays which effectively would be spending all her free time at that restaurant working. Now that isn’t necessarily a bad thing. Students can work part-time and have good times as a whole. But I just feel like she’s running even further away.

We can see how her development has gone in a kind of negative direction. In the first couple episodes she still had running in her system. She reacted based on what she could (or what she thought she could) do and chased down that biker to return his phone. This time she didn’t. She gave up after calling out to the people. They were on foot and she just couldn’t bring herself to run after them. The swallow is starting to forget the feeling of wanting to fly and that is worrisome. 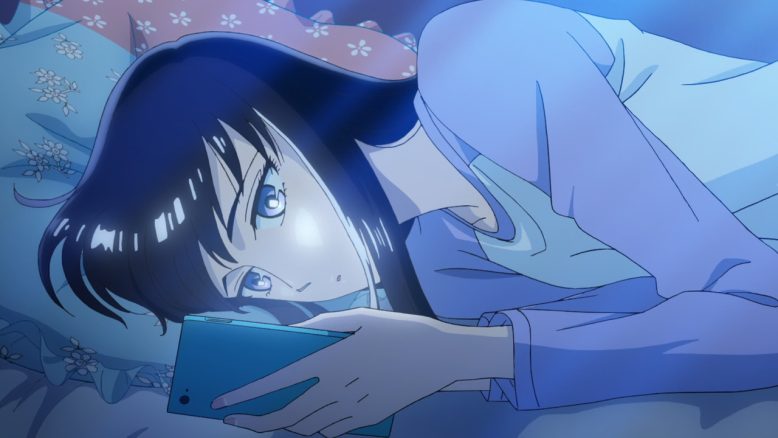 I can’t wait to see how the last episodes turn out. Of course I’m actually perfectly ok with Kondou and Akira heading into a kind of romantic direction. But I do think the story sees the most important crisis being Akira and running. She can still be in love with Kondou and running. She doesn’t have to give up running to chase her feelings towards him and the same goes in reverse. I think the key will be when/if Kondou has the confidence to intrude into Akira life to the degree that is necessary. A half-hearted message won’t change her current stance.