Nanatsu no Taizai: Revival of the Commandments – 10 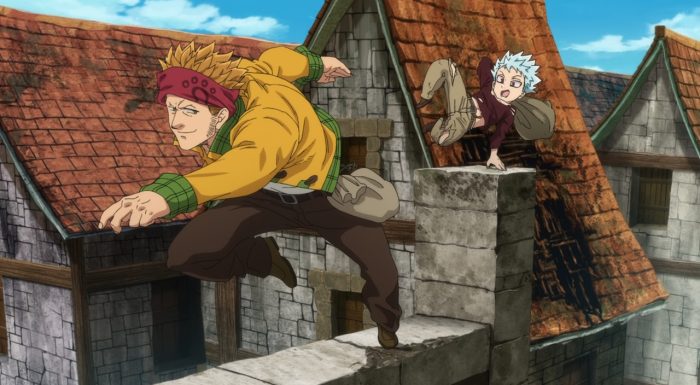 There’s no doubt for me the best part of this episode was the Ban flashback. While obviously things weren’t rosy for Ban in his childhood, it was good to see his origin. You absolutely get why he didn’t have many attachments to humanity. In the end the people that he’s closest to and have been the kindest to him…haven’t been human. After all, Zhivago is a beastman, Meliodas probably a demon, Elaine was a fairy, etc. Even most of the Sins aren’t actually human. Really is no wonder with the parents he had and the city he lived in. His parents were pretty basic and cliché scumbag parents, but it got the point across. Ban didn’t have a safe place to live, people to care about him, and lived in a city where people would normally just kidnap kids to sell to psycho nobles. That was his reality. 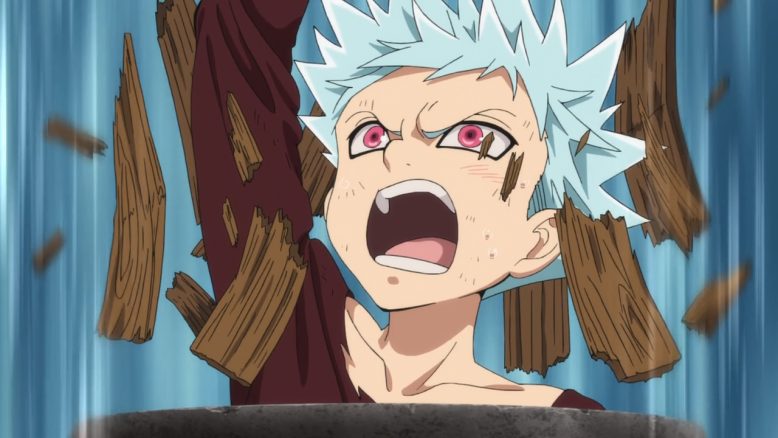 It wasn’t as if Ban was a bad or intentionally rude kid. But you can get the idea that he literally didn’t understand or know words like ‘thank you’. He lived in a home and environment where that kind of basic kindness and respect didn’t exist. For Ban the idea of someone looking out for him was completely alien and took time figure out. Zhivago utterly saved him on multiple levels. Clearly they didn’t meet again after that flashback until now, but the skills he taught Ban helped him to survive. Now not entirely sure what those people did to Ban after capturing him. Maybe they threw him in jail or they just threw him away after finishing beating him. At the core of it Ban somehow survived and kept on living. Eventually he made his way to Elaine and we know where things went from there. 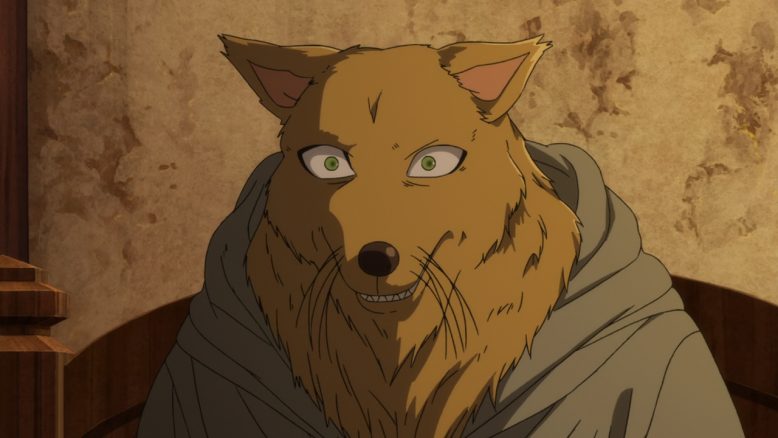 Honestly Zhivago was stuck in a tough spot. Now you could say he had the chance to save Ban then race to try and save his kid…but I’m not sure. He probably determined that he couldn’t make it there in human form and would have to race as a beastman. Time was off the essence. Was there time in his mind to jump down, save Ban, hide Ban/carry Ban, and race all the way back to where his son was? Clearly he didn’t think so since he made a choice to go for his blood relative.

The real tragedy in all that is that he still didn’t make it in time. He only got there to see his son’s last moments. Sure he clearly killed the guys responsible, but that doesn’t make it feel any better. I’m curious if he didn’t go back to try and find Ban. Clearly he thought at this point in time that Ban was dead so maybe because of that he never tried to find him. I’m curious as well what Ban thought back then. At the core I can believe that he never hated Zhivago for failing to come to his rescue. He knew he’d screwed up anyways. But on top of that Zhivago was more of a parent to him than anyone else. Thanks to Zhivago he learned how survive and that got him to where he is now. 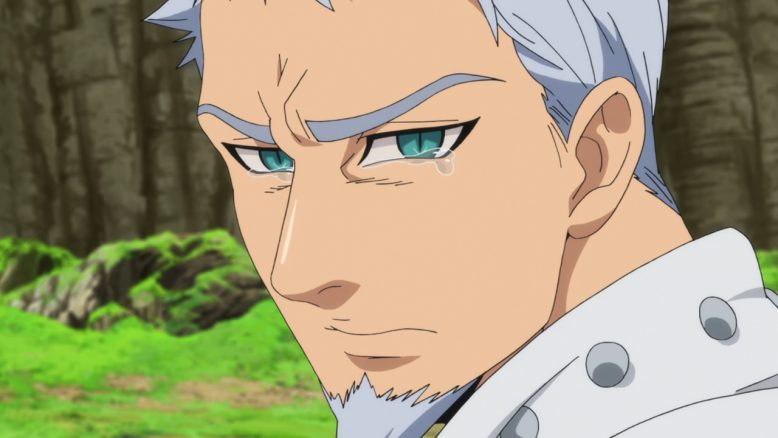 The other half of the episode was pretty simple. Just a bit of training as the cast gets ready for the trials ahead. Honestly while I like King as a character, he really kind of annoyed me in this one. Is Hendrickson innocent because he was being controlled by a Commandment? YES! Yes he is! I’m serious how is that even a question to be brought up? There was literally nothing that Hendrickson could do. Heck Dreyfus from what we can see is more responsible for this situation and should shoulder the blame. He effectively handed Fraudrin two bodies to control. He made a bad situation worse by saying “fine I’ll hand over my body so long as you don’t kill Hendrickson.” Sure wanting to protect your friend is reasonable, but he put everything he knew at jeopardy by that decision.

Of course Hendrickson is going to feel guilty. Even though he isn’t responsible, Fraudrin used him to commit atrocities. I also get King being upset. Diane is missing and his friend was manipulated in a cruel manner. But he should have the sense to know that Hendrickson isn’t to blame here. Unless he is also saying that Hellbram should feel crippling guilt over what he was being forced to do. And now he’s picking a fight with Meliodas! For the love of…King just do something useful here! Stop attacking, accusing, and threatening your own allies! Even Gowther is being more useful right now. 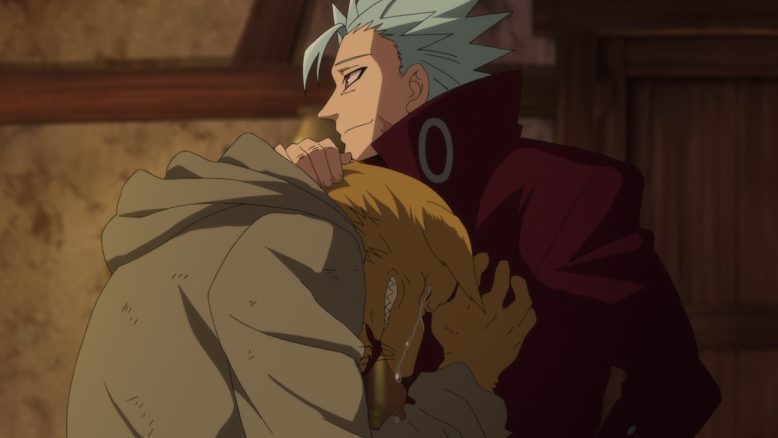 Besides King somewhat frustrating me, this was a fine episode. Ban is easily my favorite character in the show at this point in time. So getting to dive into his background a bit is something I appreciate. Sooner or later we’re going to need Ban to get into the mix since the Commandments are a pretty serious threat here. But for now it is nice to take it a bit slow. For better or worse the Sins need time to get stronger. It’s a scary proposition for all the innocent people who can’t be saved during that period of time…