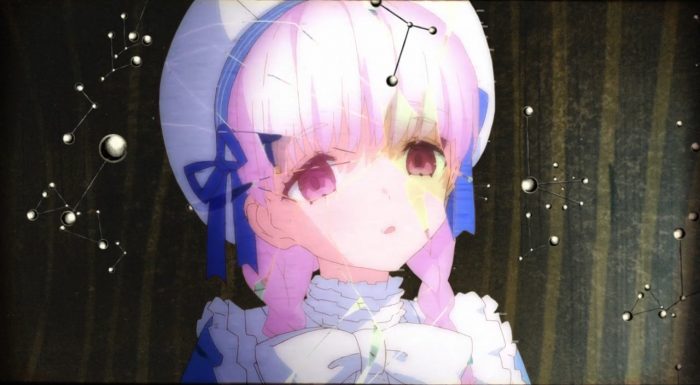 Well this got pretty crazy and messed up. Though to be fair that was foreseeable with how Shaft was going all Madoka with this floor. Still, I have to say it was a pretty bloody episode that had some moments of “whoa.” The situation around Alice, Nursery Rhyme, Amari, Hakuno, etc was all pretty crazy. This is an episode that I think you need to stop and process before you can fully wrap your head around it. I can’t imagine how people who didn’t play the game might be feeling after this hard hitting episode. This is another episode that may require a section for those who played the game just so I can go all out in speculating on this. 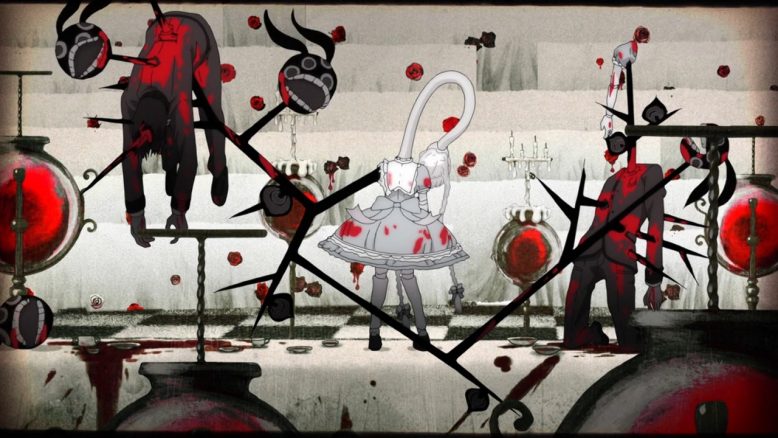 But wow this got creepy and messed up at times. We get to see just how things unfolded for Alice after Hakuno moved on in the original timeline. That’s just sad and tragic. She was basically falling apart and tried to continually absorb things in order to stabilize herself. And she did manage to stabilize…until things crossed a line. It looks as if she was absorbing so much that her very form started to turn into a monstrosity. The end result for that was her becoming a monster that killed the various masters on that floor. Now it does seem like she also killed Amari from that crazy scene, but nothing is certain. Alice clearly killed that guy, but they could still play a card with Amari later.

Of course the key thing is recognizing that this Alice we saw…wasn’t exactly Alice. It’s a pretty weird situation. Alice the girl was dead before all this began. Her servant Nursery Rhyme created herself in Alice’s image and then created the bright and white version of Alice we saw running around. Honestly there are some parts to all this that I don’t even fully understand. What I am sure about is that Alice and Hakuno could relate on a few levels. The Alice that became a monster wasn’t the real Alice, but Hakuno as we know him may not be the original/real Hakuno either. 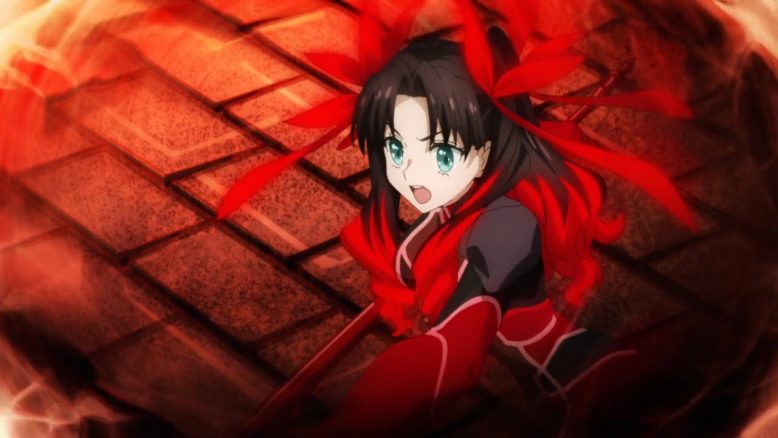 There was some more interesting bits though with this episode. Rin’s situation was rather interesting on a few levels. It seems as if she’s merged with her servant or gained his powers. For a moment I was wondering if we were getting in a Fate/Kaleid kind of scenario with ‘installing’ but it may be closer to a demi-servant situation similar to Fate Grand Order or comparable to the Apocrypha series. Regardless she has a pretty nice trump card. It may be true that she’s ‘lost’ her servant in his full form, but clearly she can fight when it is required. This explains how she survived against Shinji’s berserkers and also why she was drinking potions intended for servants.

They do seem to expect some level of Fate knowledge with this show. Otherwise you’ll be rather confused when Rin uses Gáe Bolg to counter Alice’s rewinding ability. A cursed spear that reverses cause and effect (cause =lance being thrust, effect=piercing the opponent’s heart). Something like that is already messing with cause and effect which could certainly prevent Alice from getting a retry. Even if she tries to reset, her heart is already pierced even in that situation. At least that’s how I figure it works. 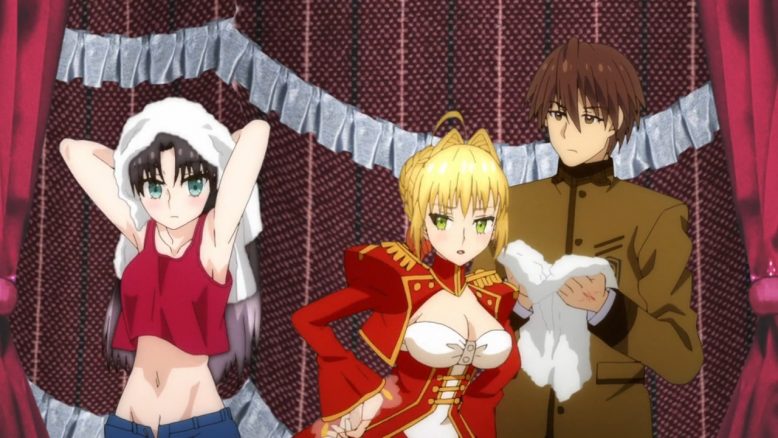 One good thing to come from all this is Hakuno gaining some motivation. The memories he gained from this is helping to give him a second purpose. More than just going up because he’s full of hatred, he’s going to try and carry hope. Hard to tell if he’s really the Hakuno we saw in the flashbacks, but maybe on some level he is. This episode also locks down that while Saber was part of this war before, it wasn’t with Hakuno. The first episode made a point that she was partnered with that girl and was then killed in that battle. That implies (particularly from Dan’s flashbacks) that Hakuno had a different servant as a partner. But regardless he’s going with this Saber now and hopefully can avoid a tragic end. 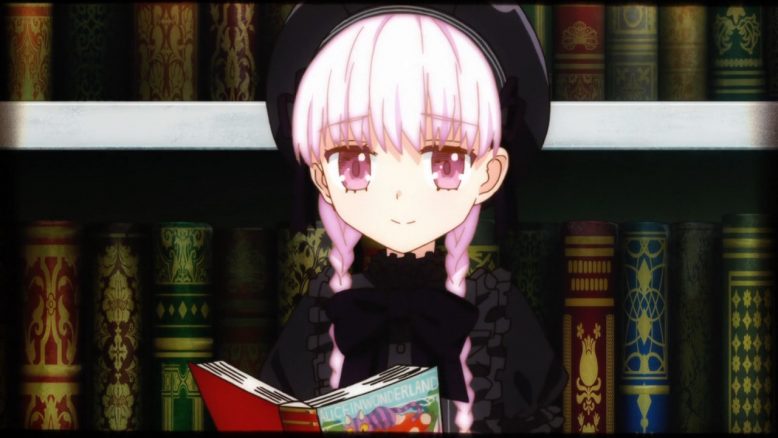 So yeah…wow. This show really does make me feel the need to stop and try to put things together. At this point I feel as if there are three main characters to keep in mind; Hakuno (the original), Hakunon (female protag), and current Hakuno. Now I think that Hakunon was the master of Saber here through the original war. The first episode implies that and Saber herself said Hakuno wasn’t her master. She made it up to the top and was defeated by Twice. Now I also think Hakuno was part of this as well with a different servant. We can identify him as different from the current Hakuno from the different command seals and what appears to be a different servant from Nero. If the Hakuno we saw in these flashbacks with Alice was the same as the one who fought Dan we can speculate on his servant’s identity.

The interesting thing is that this all implies that Saber came across Hakuno along the way in the original war. Maybe her recognition of him was because she and Hakunon defeated him during the original grail war. Now that’s not for certain yet, but an interesting thing to speculate about. Either way…Alice was an even more tragic figure here than in the game. At least Hakuno was able to help free ‘Alice’ from the never ending nightmare.