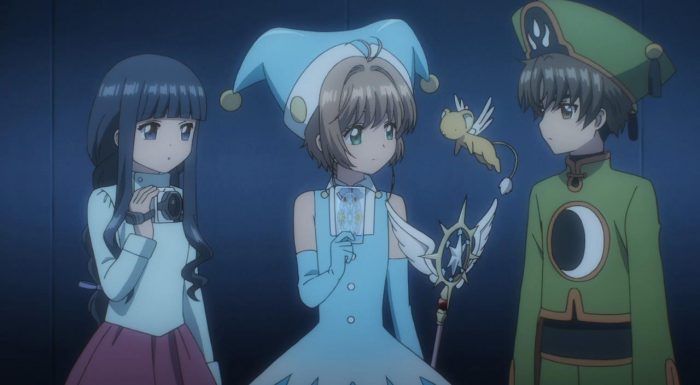 Its kind of amazing, in some ways, how little has changed since I last saw or wrote about CCS Clear Card-Hen. I actually haven’t been able to watch the series for about six weeks now, mostly due to a rather intense move across hundreds of miles and two very far apart cities. Suffice to say, its been a while since I’ve been in synch with Card Captor Sakura’s latest animated venture. And… So… When I actually did get around to watching all six episodes, earlier this week, I was, at the very least, expecting to catch up on some major changes and shake ups. 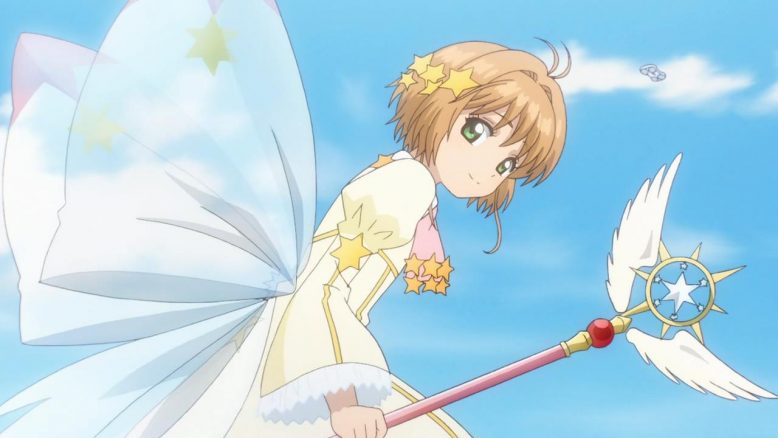 Much to my surprise, however, I’d say the story is pretty much exactly where it was when I last left the series, way back at episode 3. I remember saying, all those weeks ago, that Clear Card-Hen had the formula for a Card Captor Sakura series pretty much nailed down. It did then, and I do believe it so totally does now, at least, as far as these latest episodes indicate. The show, throughout these six episodes has done a pretty solid job of balancing Sakura’s normal middle school life with her Card Capturing quest that she does on the side (the one thing that it failed to do in its first two episodes).

So yes, the show is at least still at the point that it got to in episode 3. But… The big question is definitely around whether that is actually enough? I mean, is seeing Sakura progress through life as a middle schooler while she continues to amass new magical cards and powers… Enough to carry the show and the entire experience? That question, the big question, was something I kept coming back to and pondering on as I watched these six episodes, and well… I don’t think that it is, to kind of cut to the the heart of matter. 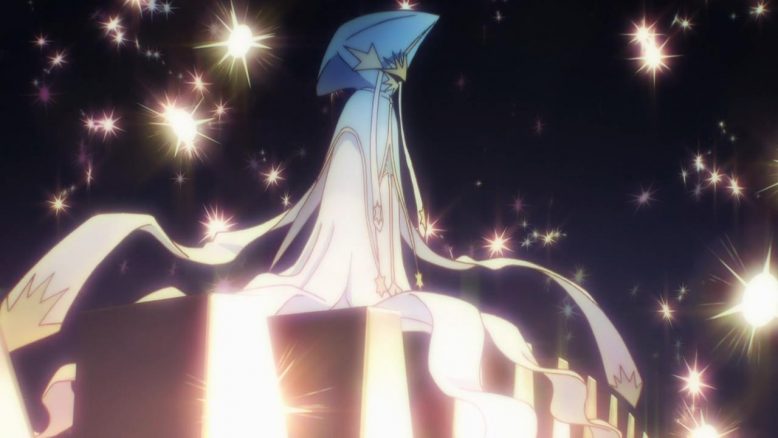 Lest we forget, one of the more interesting elements of Clear Card-Hen was the mystery element regarding all of its characters and the new Clear Cards. That’s the thing that’s been shockingly static, to an almost frustrating degree. We’re still at the point where we know that certain characters know more about Sakura’s current predicament than she does, but refuse to tell her anything because “the time hasn’t come yet”.

Look, I get that Eriol is basically holding back both his own aid and Syoran’s, but man does this reek of lazy writing. It basically translates to “we’re not at the point in the story where these characters can really act, so they just have to go on being cryptically avoidant.” It would be one thing if we didn’t see Eriol or Syoran throughout these few episodes, and if the show just kind of focused more on Sakura and her sort of isolated situation, but the show doesn’t do that. 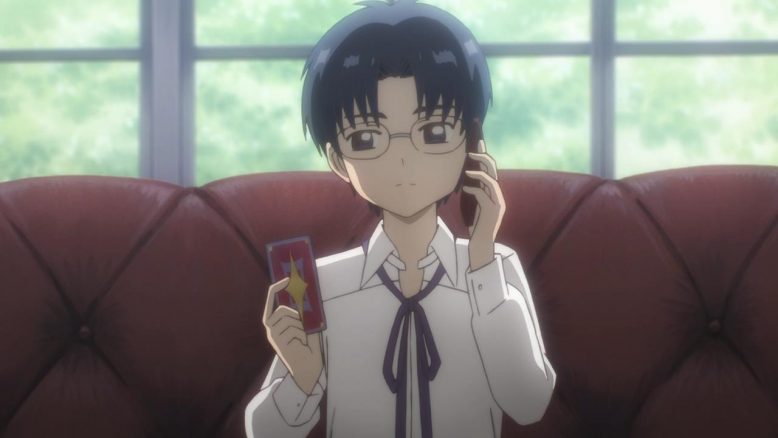 It insists, on a near episode basis, on reminding us that Eriol and Syoran aren’t helping because of some unknown reason. That can work and create a sense of mystery for one or two episodes, but nine episodes into the series, its starting to wear a little thin.

Toya and the rest of the side characters don’t fare much better. Its clear that Toya is aware of something being amiss with his sister again, but he continues to remain coy about it, and just keeps glancing at her with a sad and grim look on his face. Whatever secret Toya is keeping from both her and Yukito, the constant reminder of him keeping it, isn’t helping to serve the series in any meaningful way. 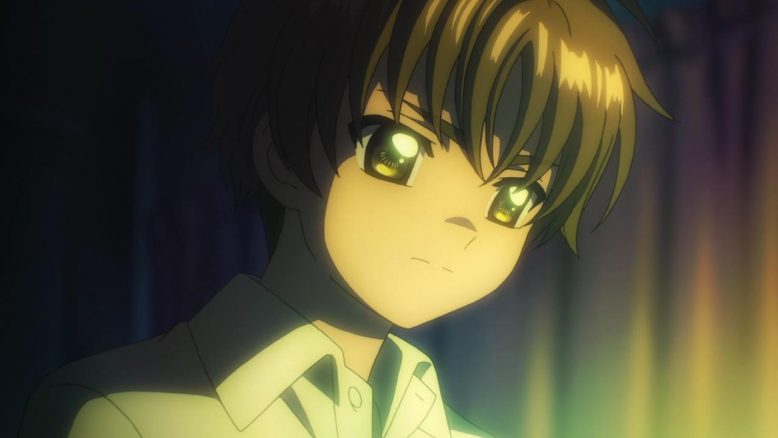 The almost pattern-like way the show has continued on for these past six weeks or so, extends to the more slice of life characters as well. Seeing Yamazaki make up his stupid lies was an endearing little nod to the first series, but seeing it in nearly every episode is also starting to get really old. His lies don’t seem all that funny, the fact that Sakura, Syoran (and now a new third character) keep believing him despite learning every time that he lies, is just not all that funny the 7th or 8th time it happens.

The show needs to introduce something new into the mix, or risk becoming very repetitive and boring. And it does add SOME new things in these six episodes, though the impact of it all, isn’t all that monumental. 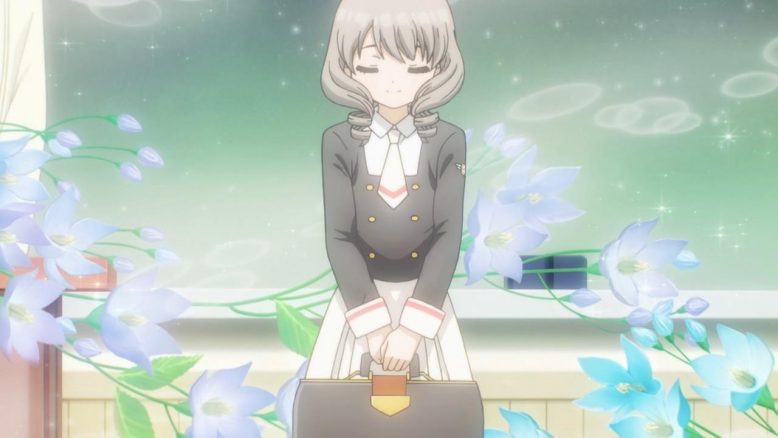 We have a new character in Shinomoto Akiho, a girl who transfers into Sakura’s class and who’s been abroad to many countries. She actually gets introduced way back in episode 4, but her addition to the cast has very few notable effects on the story as a whole. The addition adds more questions than it gives meaningful answers or tidbits to chew on.

See first instinct is to believe that Akiho is the weird Robed figure that Sakura keeps running into in her dreams. The same figure that’s been right outside her house, almost stalking her. The show even throws out some hints regarding Akiho’s potential connection to Sakura, both in how Sakura herself calls out her last name “Shinomoto” being similar sounding to hers (Kinomoto) and in how in episode 8, the girl brings out a book that seems to have the same gear motif as seen in Sakura’s dreams. 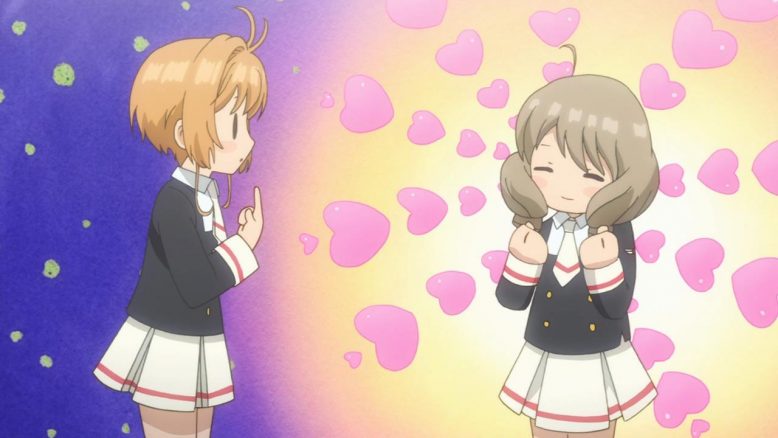 Akiho being the hooded figure is well and good, but the show teasing that particular reveal, to the point where its almost becoming obvious, is kind of annoying. Either Akiho is the hooded figure, or she’s not, what we the audience need to know, is the answer to that question. What we don’t need, is the show winking at us every episode about how this is a “possibility” and continuing to do that, without giving any sort of answers.

Which, I think, is my issue with the show in a nutshell. It continues to introduce concepts and plot points, and then refuses to actually use them, even as their own “freshness” starts to wane. We’ve got a collection of somewhat interesting mysteries and ideas here, with very little progress on any of them. I’m sure the show will begin to unravel said mysteries as we reach the half way point, but by then, I fear it’ll be way past prime time. 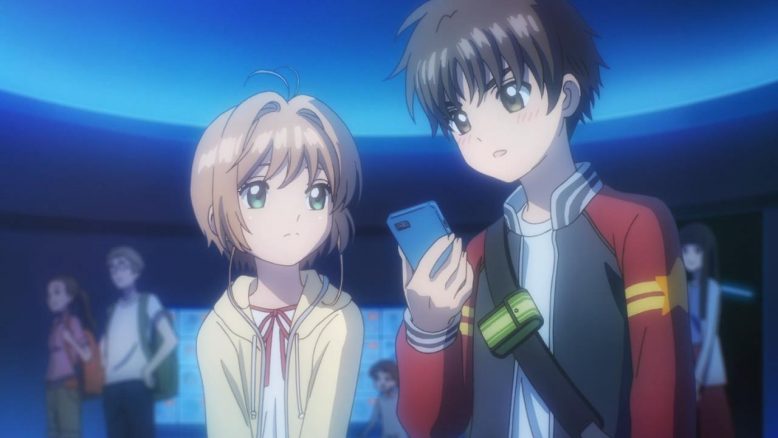 Speaking of prime time, there’s something kind of sad about the fact that Syoran and Sakura’s first date actually happens nine episodes into the series. That’s another element that I think the show sat on for waaay too long of a time. Sakura and Syoran are pretty much a couple and dating, (despite the fact that Syoran can’t seem to utter the words themselves). Yet, we’ve seen a shocking lack of progress on this front, and its almost as if the show realizes that whole idea, 8 episodes after its premiere.

The romance and general dynamic between Sakura and Syoran is certainly endearing. Its got a child like, almost pure quality to it, that seems more in line with how middle school kids JUST coming out of elementary school, would behave. The whole segment with them visiting the aquarium was cute, right down to the moment where the couple ends up running into Toya. These sort of big moments, need to happen more often. Something that significantly changes the status quo and brings something new. 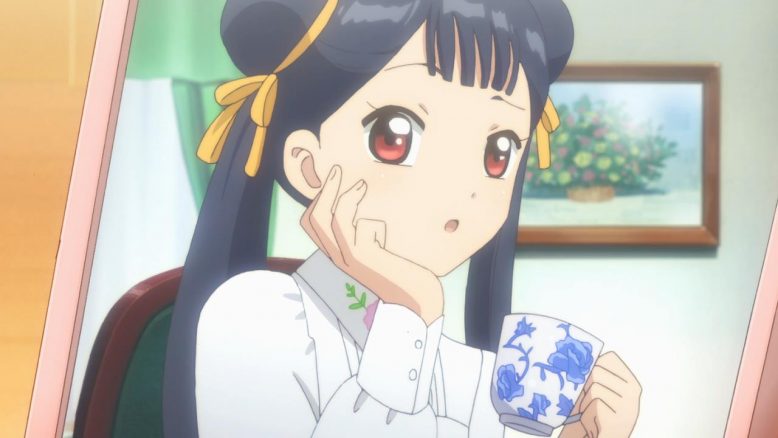 Its unfortunate that the show is content to just ride the nostalgia wave and continue to just provide more episodes of Sakura capturing cards while just kind of living a somewhat standard day to day life. There’s less of a sense of wonder, and more of a sense of routine in the way Sakura captures the cards and in how everyone continues to behave (almost as if following some weird kind of script). Nostalgia can certainly serve a series well, and the extra effort to add in moments like the Mei-Ling Anime original scenes are definitely appreciated.

I do, however, want more from this series. The concepts its introduced, and then subsequently just sat on, are begging to be addressed. As we move towards the conclusion of the first half of this 24 episodes series, I think the show needs to realize that it hasn’t got the 70 episode runtime of the original series. The pacing of the plot points and reveals needs to be sped up, otherwise we’ll be left with a somewhat decent but ultimately forgettable trip down memory lane. Card Captor Sakura, Clear-Card-hen, in my mind, needs to do better than that.