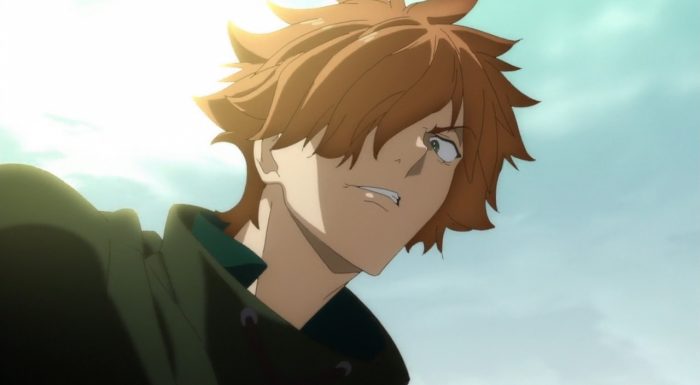 This episode had a lot of interesting elements to it. The show just continues to slowly drop information, but those pieces are pretty critical. This isn’t a show taking place in the modern era or even in the near future. The current time period for this show is past the year 3000. This crazy situation hasn’t just been going on for a short period, but rather for 1000 years. It is no wonder that characters feel different from the ones that even I remember from the Fate/Extra game. Things are pretty darn dire here. SE.RA.PH has just been in a bad spot for such a long time. It really does feel as if Hakuno and Saber are the last ditch attempt to deal with this stagnant situation before it is too late. 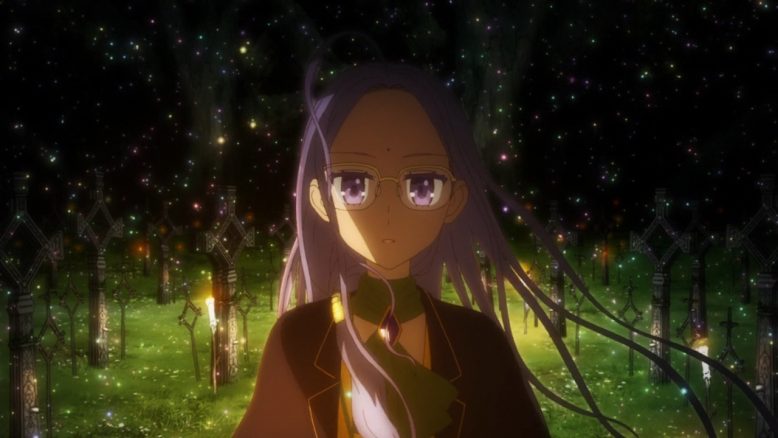 Things are frankly almost too late it sounds like. The population on Earth is near extinction and the humans in this digital world are just stuck. We’re getting the idea that it isn’t as if the Grail War has stopped due to choice, but rather just in reality. The Floor Master doesn’t want to be there. He wants to move on and almost seems to be driven to madness by his inability to do so. He keeps killing and killing and yet he’s still there. You just feel how he doesn’t care about fighting the battle just getting the kill. His first play was straight up to try and snipe the master and he even wanted his servant to focus on killing the master and not the servant. Even if Hakuno can move up to the top I really wonder what the end game is here. 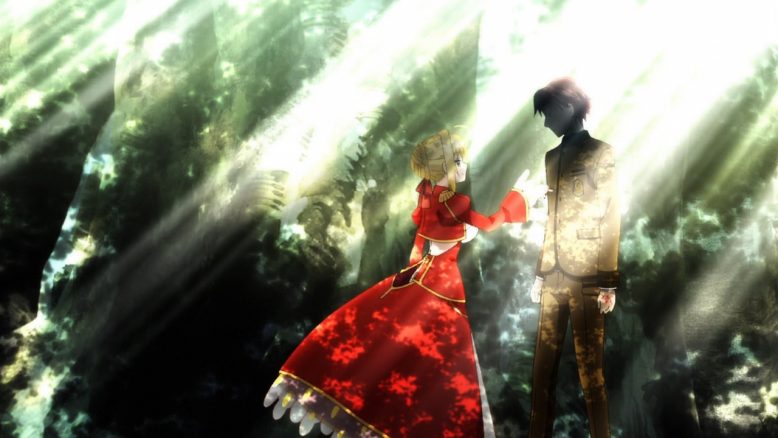 Hakuno himself seems baffled by his situation and what is going on. He is becoming more well-rounded and understandable as the episodes go along. His dream was particularly interesting. It definitely feels as if Hakuno has made it to the top before if not several times. The man he talked to in episode 1 being there and saying some pretty ominous things. Presuming he is waiting at the very top for Hakuno, I wonder what will happen when Hakuno arrives. If there is some kind of grail or solution what might it be? Is there some way to help save the people left on the Earth or any memory of the human race? There’s no way to know, but here’s hoping. 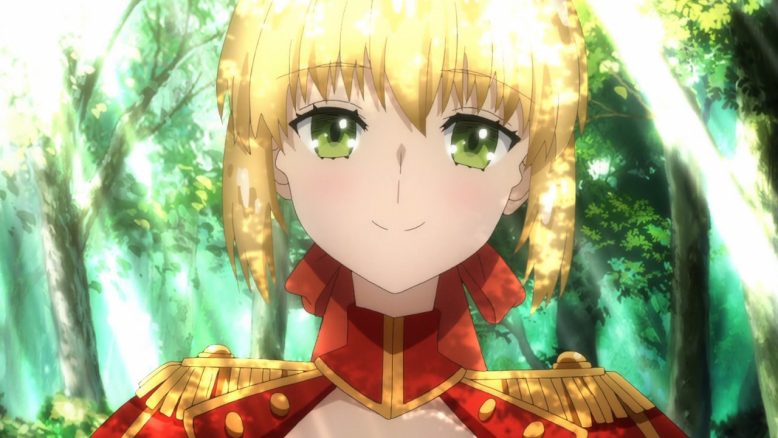 This really is my favorite Saber in the entire Fate franchise. Just an extremely fun personality and knows how to enjoy herself. Things are a bit dicey since she isn’t at her best and can’t pull out all the stops. Plus things are just going in unexpected directions for Saber in this war. She can’t just find a straight up fight and showdown anywhere. Instead she has to protect her master from a sniper and an invisible archer. And yet we still get some really good moments, such as the walk in the forest. She sets the pace and takes Hakuno’s thanks with grace. You can see the bits of regret she has about her original life (they are heroic spirits of people that lived in the past). She wants to live her life brilliantly and appreciating what is around her. Also has grit to fight through the pain. 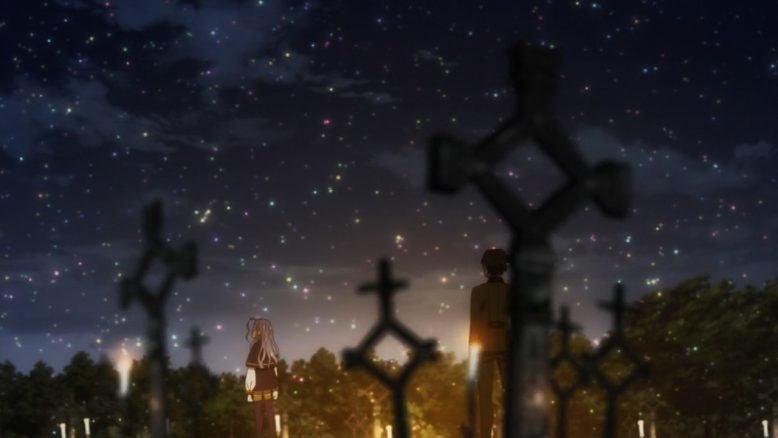 We got to meet another individual resisting the Floor Master with Rani. There is the question of where Rin wandered off to, but Rani has things covered here. At least she is dropping some important information. I’m starting to wonder if they are going to run into one helper after another as they work their way through this fight. I’ve got to give credit to her for helping to save Hakuno and Saber from Archer during that previous fight. Maybe she’ll end up joining this little squad and move onto the next floor. It sounds as if she wants to stick around and tend to the graves though. So maybe she will stay put no matter how things turn out. 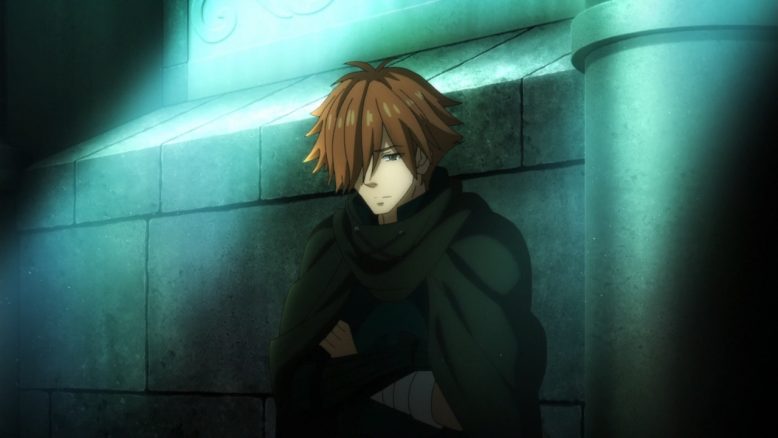 The fight itself was pretty darn good. Archer was a pretty tricky opponent in this first encounter. That stealth ability combined with poison and range attacks is pretty brutal. I can understand Saber being frustrated, although I can’t blame Archer either. With that skillset he does somewhat need to fight in that manner to have any success. Not a surprise though that he has managed to win all those battles to this point. With his Master directing him to go straight after the enemy master the fights would be over pretty quickly most of the time. I’m curious to see how Saber will overcome his combination of skills. 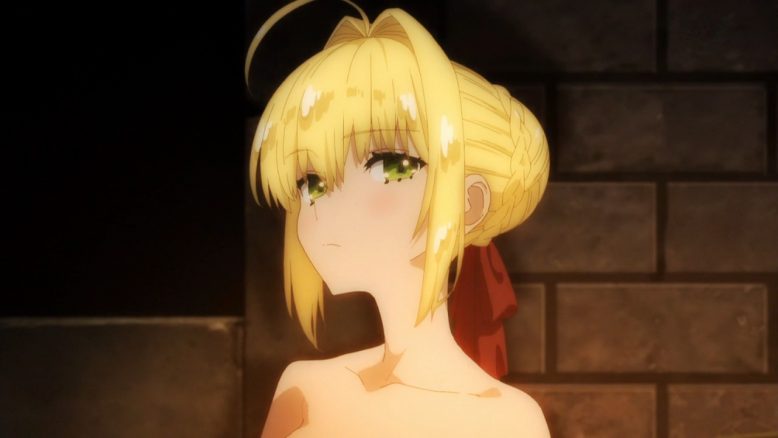 As a whole this is another interesting episode. We are moving into a new area and learning some critical bits of information along the way. So not only is SE.RA.PH a real mess right now, but a crazy amount of time has passed. Who knows what kind of revelations we will run into over the next few episodes. Regardless, I love where the show is right now. Saber is awesome, Hakuno is solid, and the surprises keep on coming. 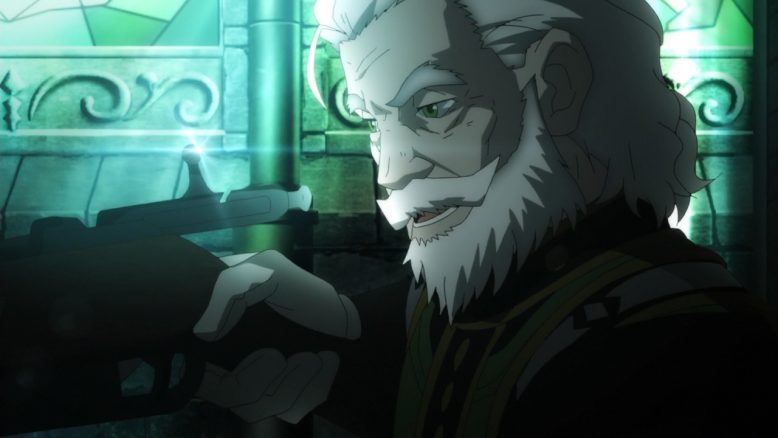 This episode has so much going on that I have to talk about it from a purely Fate/Extra game player point of view. The most interesting thing though is Dan Blackmore. This guy is pretty markedly different from the one I remember from the game. That guy was all about the honorable fight. He was actively forcing Archer to fight straight up in a way that didn’t suit his skills or mentality. Instead here we have Archer being the one to try and question his master a bit. Though with the passage of time being so extreme…I can understand why this is.

He probably was a similar guy to what I remember at the start. But then he became a Floor Master and wasn’t allowed to advance. No matter how many times he won he couldn’t move on. So he became obsessed with just killing his opponents and trying to move on. Why bother with an honorable duel when you are focused on efficiency? The most effective way to win is to kill the master from an extreme range.