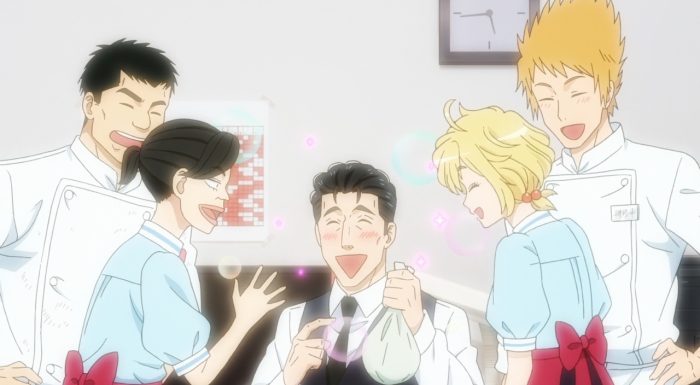 Thank goodness the show rebounded nicely from the past episode. I wasn’t looking forward to this show focusing too much on that creepy cook. Luckily the show got right back on track to the core of the show. We got a lot of Akira, a fair amount of Kondou and spiced it up with a bit of Yuuto. Honestly that kid is pretty entertaining and the fact that he gets along with Akira shouldn’t hurt anything. While I’m sure the fact that he’s the manger’s kid matters to Akira, she is pretty nice to him in general. It isn’t as if she’s constantly plotting on using Yuuto to get closer to his father. No doubt she was tempted in general to go to Masami’s place anyways, but she was also being helpful. It is a good thing Yuuto did show up so Akira could continue hitting home how she feels. 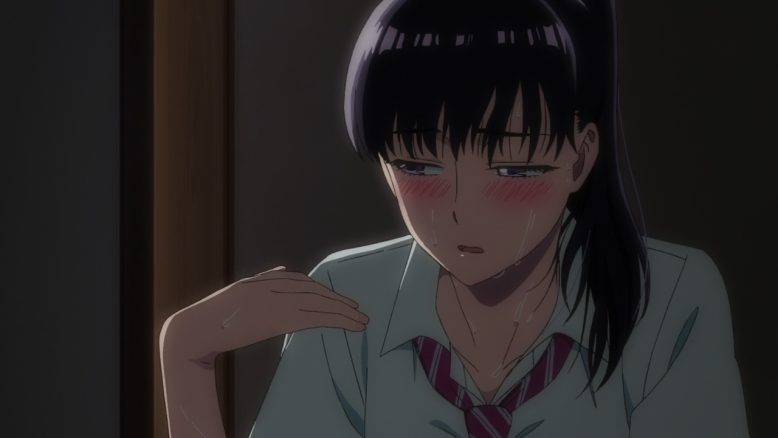 As we could see Masami was on the road to thinking that after the date Akira had settled her feelings. That there was no way that she could have had a good time and would move on. This got across that she isn’t remotely to that point and instead she wants to know more about the person she likes. Getting to go with Yuuto let her see how Masami lives, the things he is interested in, and just allows her to spend time at his place XD. It had some amusing moments anyways. A simple but effective bit of comedy with the manager having a critique of her cooking instead of a generic “tastes good.” Devastating to the girl hiding in the closet…

Things did get a bit dicey though with her overheating in the closet like that. Luckily it didn’t turn into a massive crisis. With something to drink and a chance to cool down Akira was fine. That allowed for some nice moments to follow it up. I liked just seeing Akira and Yuuto show up to pick Masami up since they knew he didn’t have an umbrella with him. Its bold moments such as the one where she openly talked about wanting to know more about him that makes Akira so darn likable. She doesn’t just sit back or hide everything. She does get across that she’s interested and that she wants to know more than she currently does. 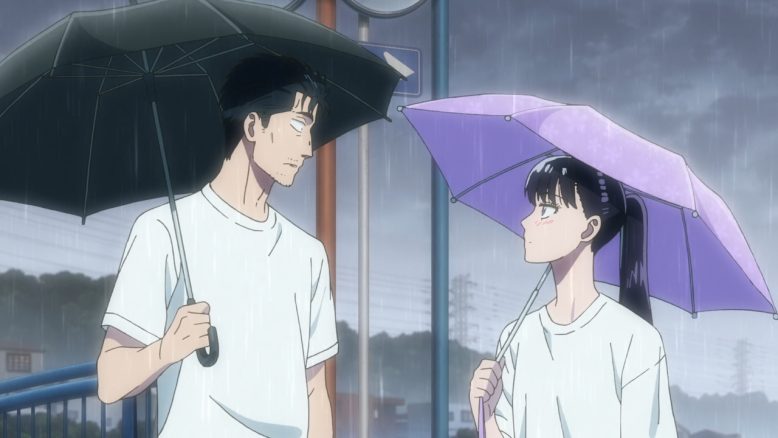 The second half had a lot of amusing moments. It is kind of sad in some ways that all the effort Masami put in was pointless…he just needed a hamster. Though wow Yui really can be brutal sometimes XD. Maybe we can give her props though for finding a way around the problem she has with his odor? Plus hey at least she isn’t trying to blackmail anybody…I did just outright laugh though when everyone was slacking off because they wanted to talk hamster and Akira just lost it. I’m sure partly it was just jealousy of Masami spending time with so many others besides her. But when people aren’t working that’s an issue. Sure talk it up on break, but get back to work everyone. Plus it just felt like a kind of “ok, she can take control of this relationship when the time comes” moment. 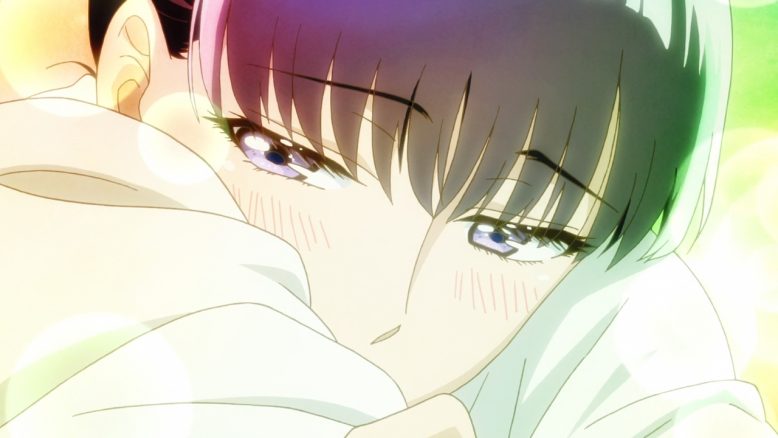 This was just a really cute episode. In that sense there isn’t that much to talk about. I did like seeing Masami starting to look a bit more nervous around Akira. It was nice if only because it shows his mindset changing. He isn’t at the point yet of falling for Akira nor being ok with a full blown relationship, but she’s starting to make an impact. He has started to change, even if he can’t fully appreciate that yet. But that just makes sense. Of course someone falling in love and confessing would change your life a bit. We’re still going to have to wait to see how this guy changes and how Akira continues to tackle any challenges that come her way. If nothing else we can continue to appreciate how darn adorable she can be. I give props to Yuuto for kicking events off in this episode.