Nanatsu no Taizai: Revival of the Commandments – 04 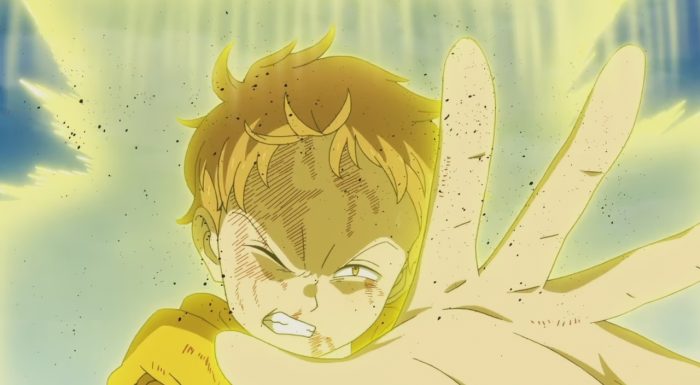 This time we got to focus a lot more on how things were unfolding with Ban and King. Although they were dealing with different threats and didn’t actually cooperate. This did allow for King to get a moment to be awesome and badass. This was more of a brute force fight than necessarily the one Meliodas fought. Meliodas had the benefit of knowing what he was up against and also having the perfect magic ability to counter the Albion. King while having his sacred treasure and some skills, was basically fighting an unknown threat that didn’t have an easy to expose weakness. After all this was basically like fighting Hendrickson from last season…by himself. That’s a pretty severe challenge. 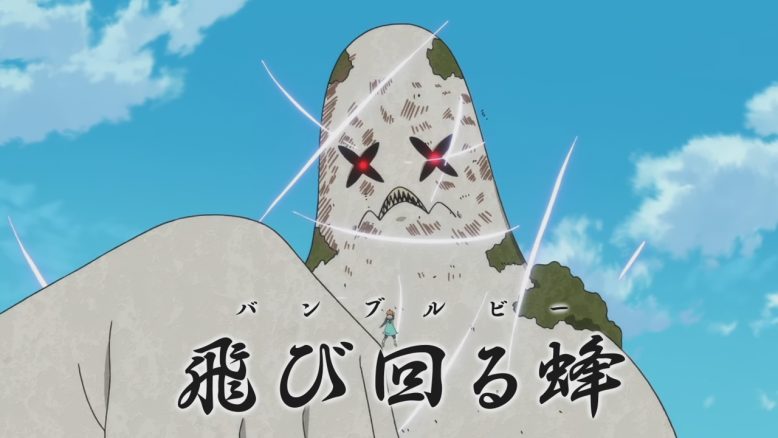 It also makes sense that King was hesitant to use the kind of crazy attack he did in this episode. That takes a lot of focus, concentration, and pushes him to his limit. It is doubtful that opponents last season like Hellbram or Hendrickson would have been as patient while King focused on unleashing all his power. At least in this case the Albion isn’t very smart and there was the distracting element of all the other faeries in the area to consider. It may also be the case that King really needed this level of motivation. The possibility of losing his home again and feeling his responsibility as the fairy king had to be a strong motivating factor in continuing to hold his ground.

I would say this was a pretty fun showdown to watch. We really got to see King pushed to his limit and fighting with everything he could muster. There was no hesitation in protecting his home even after the other faeries rejected him so severely. And this wasn’t a fight where he was just hanging back. King took some pretty serious hits along the way from a pretty insanely large threat. It goes to show the potential the Sins have to turn the tables on the Commandments. But it also shows that they can no longer coast on the incredible strength they’ve shown to this point. It was fine against other Holy Knights or Hendrickson…but it won’t go much further. 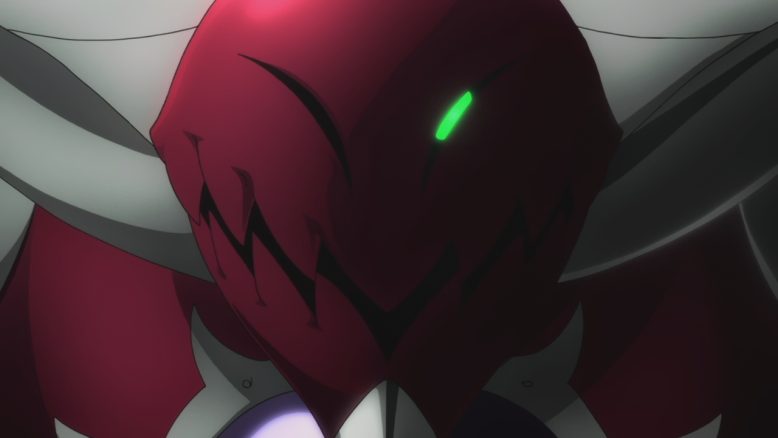 The evidence that they can’t coast appeared at the very end. No matter how you break down the specific numbers of Galand’s power level, it’s insane. 26,000 is a great deal higher than the 3-4k range the Sins have been shown to have so far. At the very least we can presume almost none of that is in magical power. So even if a great deal of that number is mental fortitude…that’s some insane strength levels that Galand must be sporting. This does sit at an “oh crap how are we going to survive” level of danger. Pretty fair for Diane (who looks to be getting worse) to be a bit freaked out at the level of threat they are suddenly facing. A single commandment makes a move and suddenly survival isn’t a certainty. 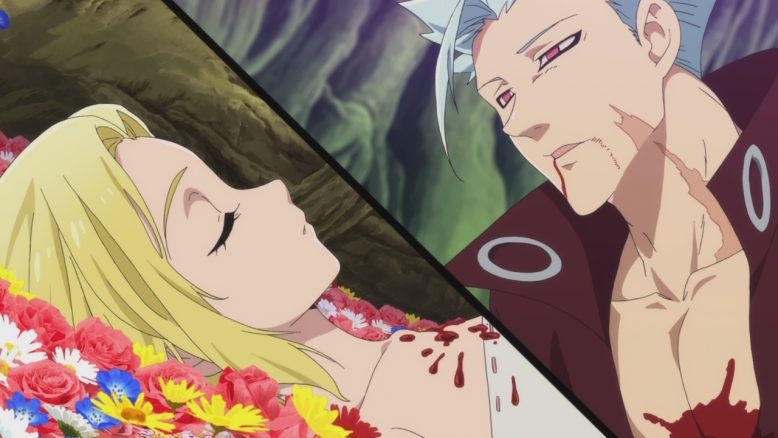 Things weren’t going great for Ban this week either. Of course being immortal he is rarely in real danger, but this was problematic. Sooner or later King would have gone to check on Ban or come to see Elaine and gotten him out of there. If not for the attack that might have taken a good long while, but such is. Gerharde was a bit of a pain, but only when she put Elaine’s body in danger. Ban isn’t the type that could be brought down by attacks on that level if he was just looking to protect himself. Even without a sacred treasure, a Sin isn’t that much of a pushover. But it does show how strongly he still cares for Elaine. It isn’t worth a second thought to protect her lifeless body. After all his long term goal is to bring her back. Some faeries are a pain.

I’d agree with Hellbram in general that the faeries got lazy. The Commandments were sealed away and they just got sloppy. Humans were presumably not that strong in the past and have worked to improve themselves. But the fairy clan fought the demons and now look at them…Outside of King and a few exceptions…they are really freaking weak. They rely on their ruler for just about everything and haven’t dedicated themselves to improving their own powers. If they had then maybe that attack that lead to Elaine’s death wouldn’t have been as devastating. But even after that they still didn’t learn much. It’s nice that they stepped up after seeing King fight…but a bit too late to make a difference in this coming war. 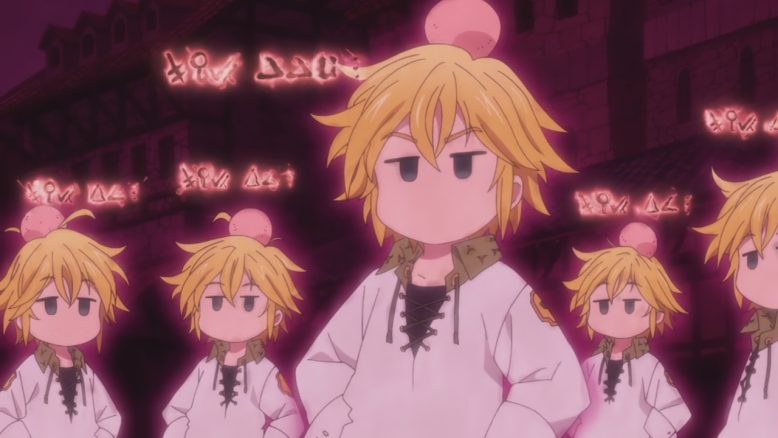 Overall this was another strong episode. The action is picking up and isn’t looking to diminish with Galand making his move. Unfortunately the time for infighting and fooling around is over. Somehow they are going to have to find a way to stop Galand and his assault. Best of luck to them since it doesn’t appear like this is going to be nearly as simple as stopping that Albion. At least Meliodas knows what they are up against and might have a plan. It could have been even worse if Galand had gone after King and Ban considering their current status.