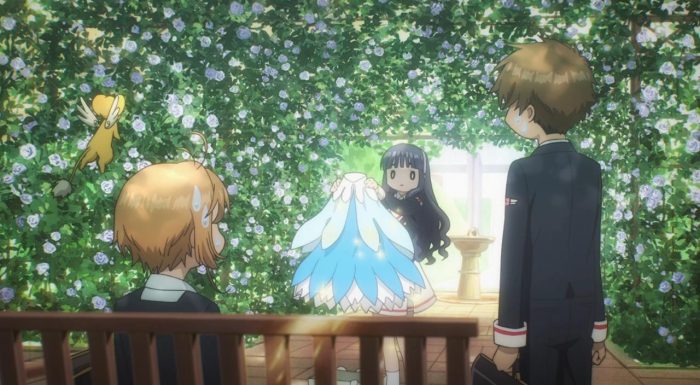 Well then, one thing is for certain; I’ve certainly had to adjust my expectations with regards to the new Card Captor Sakura series.  And after doing that, things seem to be a bit more palatable, for sure. There’s an old saying that people want something that feels both familiar but also new, and I think this CCS series at least gets the familiar part down. If you’re a fan of the franchise, then, at the very least, you’re getting more of what you got a good 18 years ago. The bigger question, and the one that I’m still grappling with, is if that, by itself, is enough? 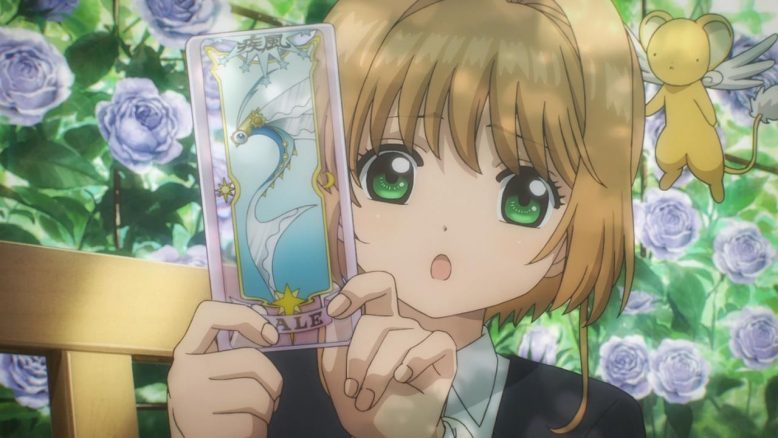 As of this week, it felt like it was… Kind of. Much to my delight, I found this week’s episode to be markedly better than the premiere, with more of the good stuff from the original series making a welcome return. To that point, one of the main things I liked about the first series was undoubtedly seeing Sakura’s personal life play out alongside the more fantastical, magical elements of the story. And to its credit, this week’s episode smartly focused more on that part of the story and was pretty entertaining as a result.

There are just some things that fans of a long standing franchise are looking for in a sequel. Seeing Sakura interact with her middle school group of friends? Definitely one of those things. To that end, the show really created this feeling of catching up with old friends with all the middle school life moments this week. Not only was this incredibly important to nail this week, but I think its something that will continue to be a driving force for the show as a whole, if used wisely. 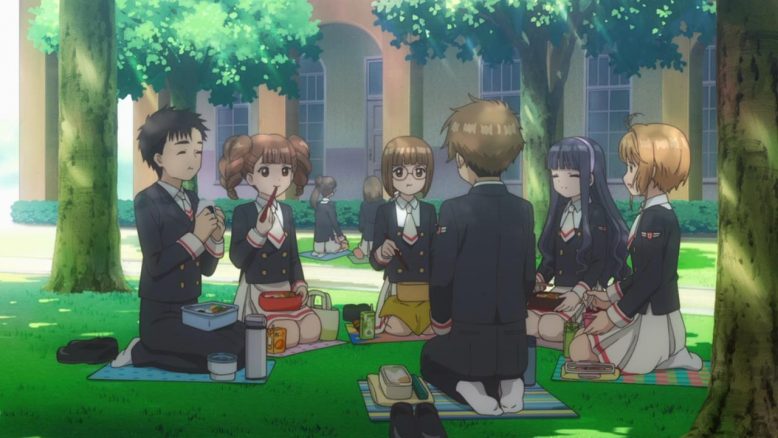 I care about Sakura, Syoran and her friends. I care about what middle school clubs they’re going to join, how they’re developing and growing. Seeing Sakura, Tomoyo and the rest agonize about clubs, compare drawings in art class, that was all pretty fun and engaging to watch. On top of that, I was rather pleased to see that the show, at least, name dropped Mei Ling from the original series. The nod is as surprising as it is appreciated, especially given that she’s not in either of the Clamp mangas (both the original and Clear card hen).

And while I personally would’ve loved to see Mei Ling reintegrated into the story, I can see this being the best solution to that particular problem. In some ways, Mei Ling does need to move on from Syoran and that break up after all, so seeing her just be in contact with Sakura is more or less enough for me as a fan. I don’t hold out hope for anything more than that, but it was incredibly smart of the show to not ignore such a beloved character. Now… Moving on to Syoran, well…  I see some worrying signs. 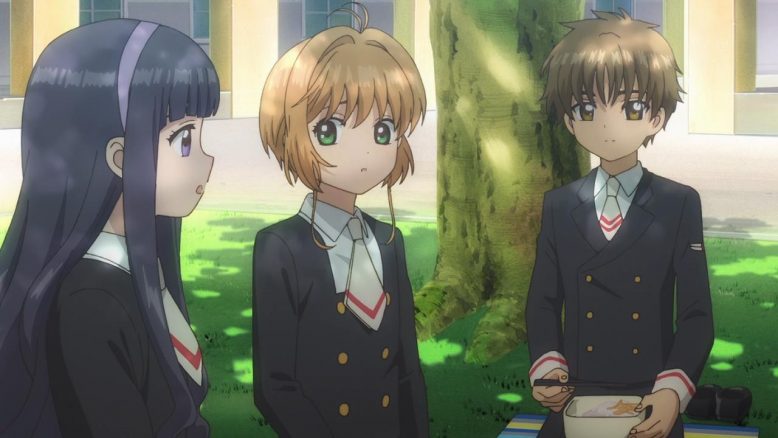 I’m not sure what it is with the show and Syoran, but he’s just being handled rather bizarrely. I, for one, don’t see the point of having Syoran not join a club and act more of like a normal kid. The whole “I have stuff to do so I won’t join a club” thing was a bit of a head-scratcher. Mesh that in with the fact that Syoran’s big explanation for said stuff was “paperwork” and I HAD to raise an eye brow.

How much paperwork does a friggin middle school kid have to do anyway? I mean, if he’s immigrating to Japan I could see some busy work there, but I doubt its something that a kid has to do by himself, every day after school. This whole thing really fell kind of flat for me, to the point where it kinda broke me out of the experience as a whole. It just feels like bad writing, and reminded me of just how bad the whole Syoran just appearing before Sakura thing was, last week. 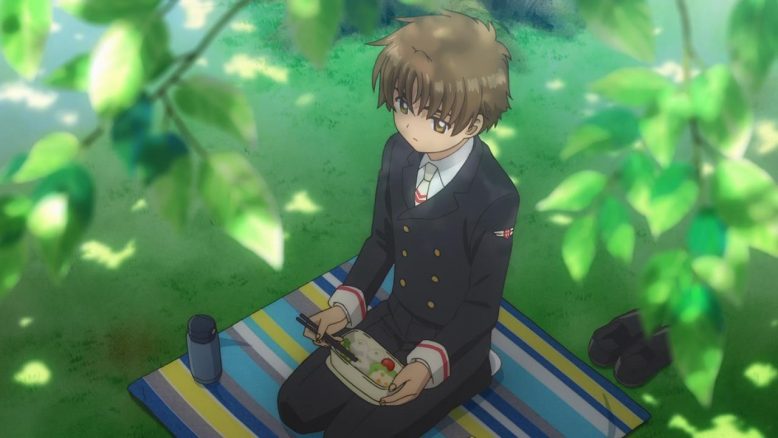 And Look, I get that there are some reasonable explanations for why Syoran is acting the way that he is. My best guess is that Syoran didn’t actually officially come to Japan under the best of circumstances. He either had a huge fight with his family or perhaps even ran away. Given what we know about Syoran and his family from the movies (particularly the first one), I’d be rather surprised if that’s the angle that the show is going with but… If it is, then I think the execution is less than elegant. The fact that I noticed it and am harping on it this much, speaks to how much of a sticking point this rather minute detail really is, and how much little things like this can affect a story.

Beyond that, I’ll also say that its weird how distant Syoran feels from Sakura. Yes I get the fact that he’s in this awkward, shy romance early teen romantic relationship with her, but the fact that he isn’t a more major part of her life is kinda odd to me. I mean, we learn in this very episode that Syoran’s back in Japan on his own, so why doesn’t Sakura invite him over? Not only that, who is he staying with? Is he living alone? I dunno, these sorts of details are probably meant to be ignored for now, but I just can’t give the show a pass on them. It just reeks of sloppy writing, which is the last thing I want to see in a CCS show. 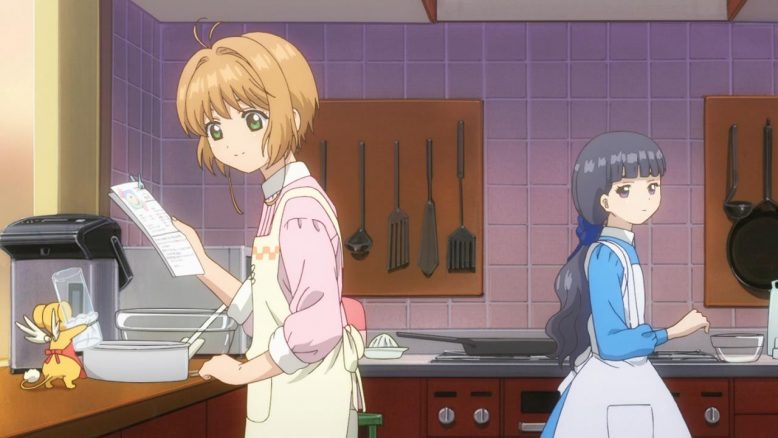 But Okay… Syoran aside, I think the show mostly nailed the rest of the episode’s slice of life segments. The dynamic between Tomoyo, Sakura and Kero was definitely a welcome thing to experience again, whether it was the kids making a cheese cake, or their other more magical adventure. We’ll get to the Clear Card part of the episode in a bit, but I do want to touch on one other character, and that’s Sakura’s big brother, Toya.

Toya and Sakura’s interactions are also a pretty solid, unique part of the show’s story and world. I remember, as a kid, having a similar kind of testy relationship with my own younger siblings and I’ve always appreciated how nuanced of a take the show has with regards to this. Sibling relationships come in all different shapes and sizes, and its frankly a bit exhausting to see the two extremes that anime presents so often. Either siblings hate each other, or there’s this almost eerily creepy love between them. Sakura and Toya’s relationship? It sits somewhere in the middle, and its the sort of relationship that, I think, is more indicative of normal people. Or at least some people, because I certainly can relate to it quite a bit. 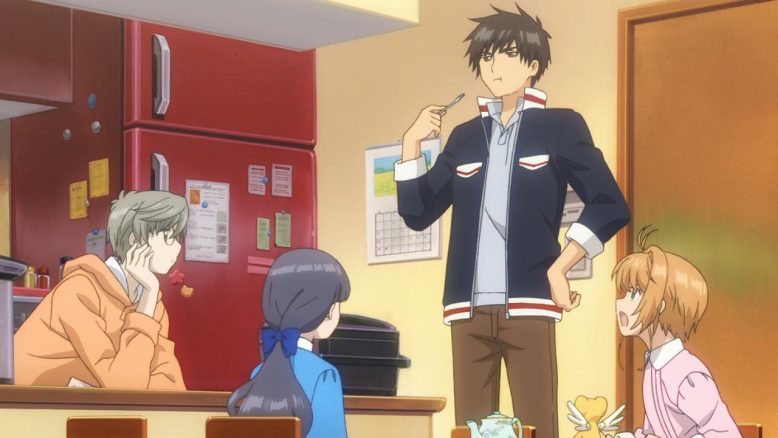 Having said that, while I did enjoy Toya messing with Sakura as per usual, I did find it odd that the show played up the whole Kero “is a stuffed animal” thing. Why exactly are Sakura and co hiding Kero’s identity from Toya again? I mean, we’re past the point where there’s any real danger if Toya does find out, and the whole “secret identity” thing feels more than a little outdated at this point. Its just another thing that just feels old and feels kind off as well.

It almost feels like whenever the slice of life elements begin to bleed into the more magic based part of CCS, that the show kind of buckles under the pressure. I mean, the whole “Rubber room” thing with the Siege card is another solid example of how disjointed the magic parts of this show feel from the rest of it. 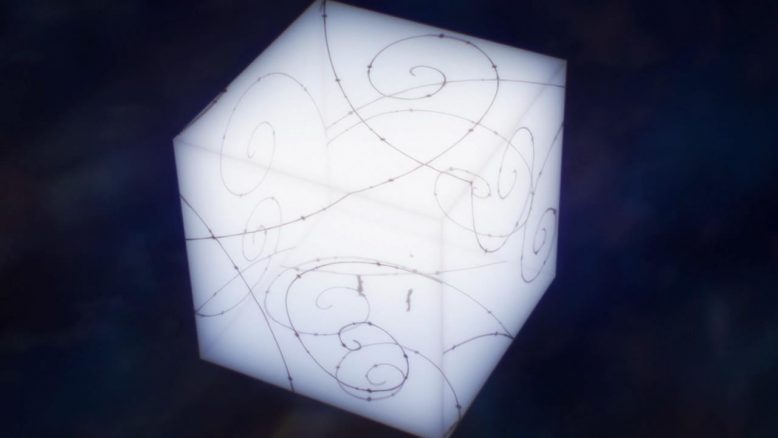 The Siege card just kind of appears, randomly and out of nowhere. Much like last week, there’s no narrative link or flow to the transition from “normal” to the fantastic. Looking back at the original series, I remember CCS do a splendid job of linking both aspects of Sakura’s life together. Each Clow card would generally result from Sakura going somewhere, or doing something that in some way related to the card itself. It almost felt like the show had some sort of thematic link between Sakura’s personal life and the larger challenge she’d face each week.

There just wasn’t that larger theme with this week’s Clear Card. The Clear Card kinda just appeared, and had the trio of Tomoyo, Sakura and Kero struggle for a bit. A few minutes in, they realize that the room they’re trapped in is made of rubber, and then Tomoyo just pops the whole room with a small pin she has from her costume sewing kit. Again, this is the part of the story that just didn’t work for me. 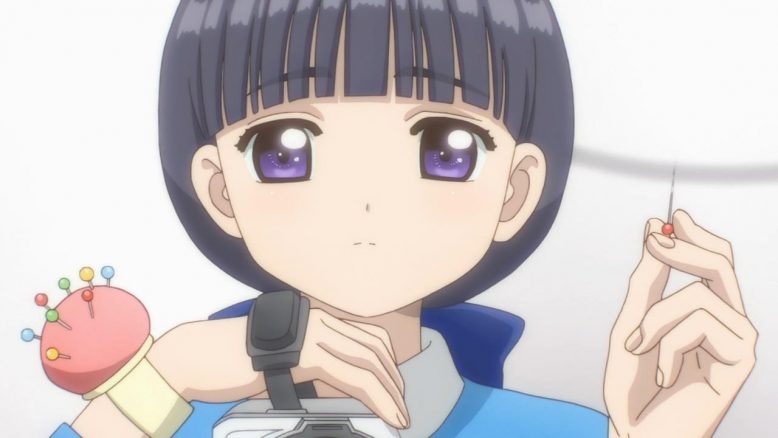 I’ll say it one more time this week (I promise!), but in the original series, the way Sakura dealt with each Clow Card and sealed it, felt like it had a lot more effort and thought behind it. Sakura would use her powers and cards in some unique way, or do something interesting to basically “win” the card she was facing off against. Here? We had friggin Tomoyo and a sewing pin basically take down the new clear card. Unimpressive, and frankly a bit half assed.

Which, I think, speaks to a larger concern I have with this series, 2 episodes in. I’m still giving the show the benefit of the doubt, especially because I’ve seen some improvement this week, but I can’t help but wonder at the rather obvious missteps that accompany the good things. The show nails the tone and feel of the characters, and even does their dynamics justice. Sakura’s school life is interesting and engaging to follow, but then once you start looking at the show a bit more closely, the cracks become pretty apparent. 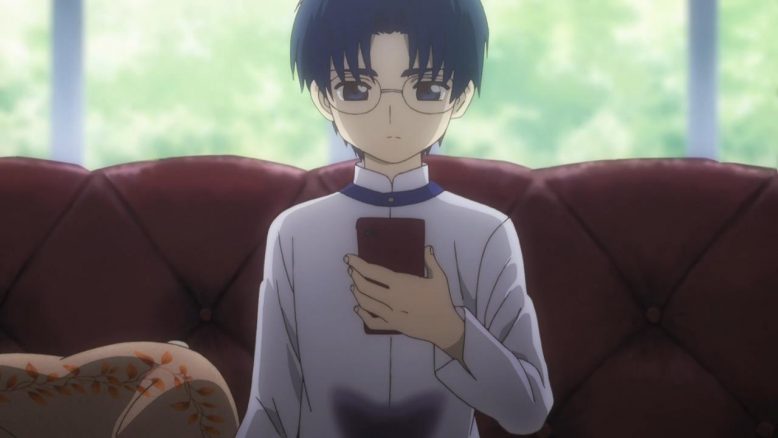 Maybe the show is still getting into the groove, and maybe we’ll see the show really get back to the franchise’s level of perfection in another few episodes. I mean, the show as it stands isn’t bad, its certainly watchable and intriguing, but I think some of these mistakes feel almost rookie-ish. Given the talent involved with this show, I’m more surprised than I am disappointed, which I suppose, is a good sign.

And I will admit to the fact that the show was engaging enough for me to talk about it to the degree that I did in this post, so its doing something right. The mystery regarding who the clothed figure in Sakura’s dreams is certainly getting interesting, as is the fact that Eriol seems to know something about what it is that’s going on. Two episodes in, maybe that is enough. Three or four episodes in? I’m hoping the show will iron out the kinks. Not doing so, would be such a darn shame, for sure. I mean, the Opening for the show is just so FRIGGING GOOD! I want the rest of the show to kind of match (Haha).