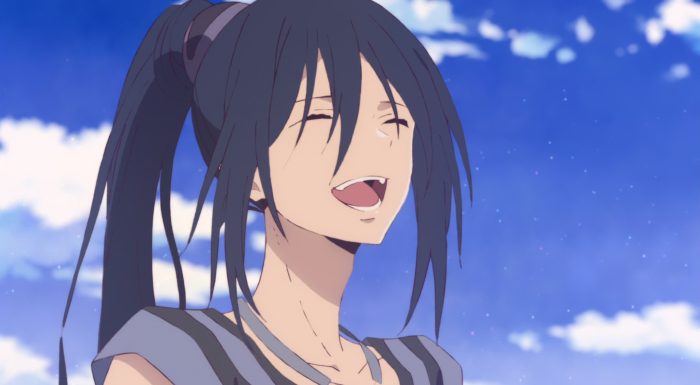 I’m just going to straight up give props to Ouni here. Going into this episode I was pretty worried things would just get bothersome. The stupid attempt to start a civil war had my eyes rolling and glad it was basically the same for Ouni himself. He basically just shut down that nonsense right away and really has been growing into a leader. Sure he was technically leading his small little group, but he’s really taken steps to grow beyond simply that. With a simple stance and a sensible tone he snapped everyone who was thinking of following those idiots out of their daze. It was a fair point though that Ouni’s thymia has changed and his condition might deteriorate. On top of that it does appear as if Shuan is similar to Ouni in the extreme powers they have; those powers potentially impacting their emotions as well. 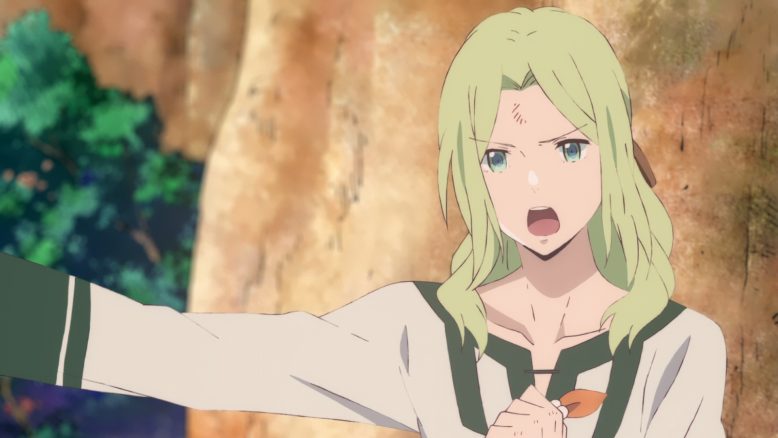 It is a bit surprising that Suou is smart enough to realize Ouni’s leadership potential. Although it may simply be the case that he recognizes his own shortcomings as an outspoken leader. The speech near the end of the episode wasn’t the first time that Ouni has had to step up and settle things down. Suou may feel guilty in general and open to accepting hate or punishment from those around him, but some people won’t learn anything from that. Letting idiots walk over you just encourages those idiots to continue doing what they are doing. Sometimes you need to basically tell them to shut up and listen. Ouni has matured greatly and is someone that people will listen to. He has the power to make his fellow ‘marked’ listen and the intelligence to get the respect of the unmarked. 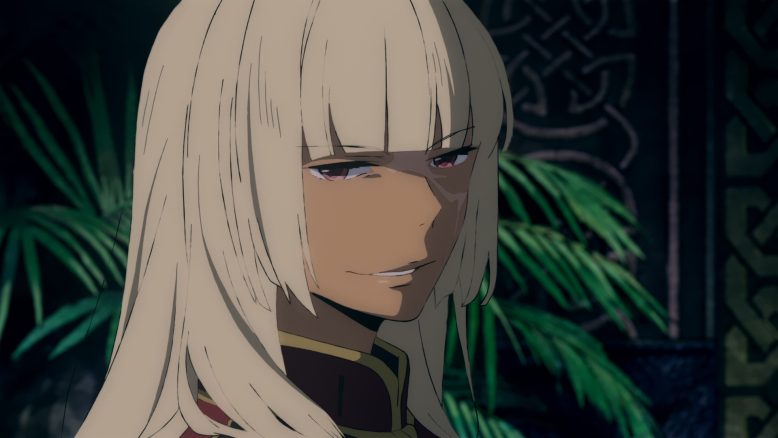 Oruka is an impressively ambitious person. I mean geeze the guy plans on just taking everything over. Of course he probably has good reason for it. At this point it feels like he has been extremely successful at manipulating everyone around him. I feel like he even picked this girl to marry just so he could manipulate her into not reporting his treason. There does seem to be a lot going on with his background. Plus we did get a decent amount of information as to why some people do appear to have their ‘hearts’ and not fully losing their emotions. What a wonderful system that those in power get to have special exceptions like that while the vast majority of people are left as basically emotionless zombies. 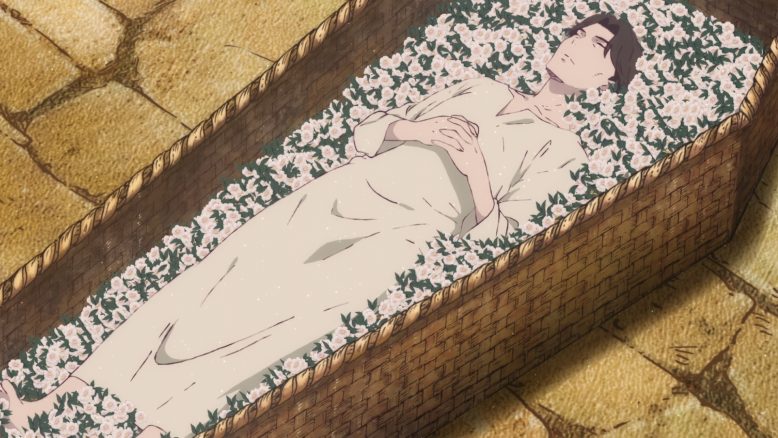 Makes sense to use a lot of the last episode for a bit of social examination. Dropping the bomb on everyone about their lifespans was tough, but it was likely the right call. It is better to just reveal the unpleasant truth now than just let them suffer without knowledge. That information is a dangerous weapon that could be used against them in a future conflict. Now they understand their situation. Personally I’d just be eager to find a new country so they could get off that darn island and stop losing their lifespans. Maybe they are too attached to give up living there now. But one would think that plenty will be eager to get out of there when and if that opportunity presents itself. 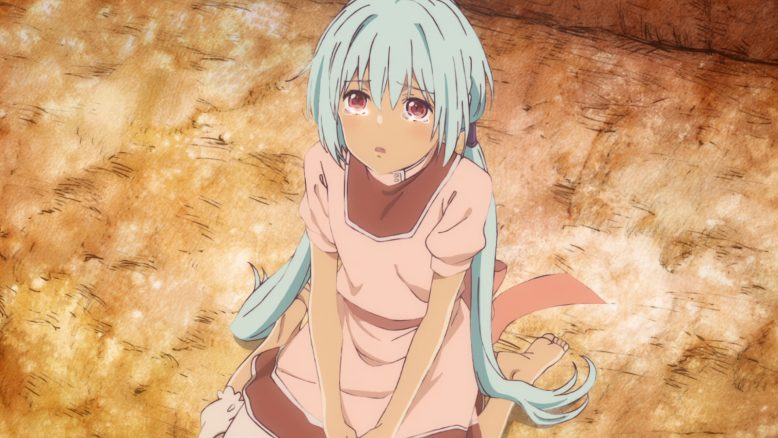 This was also a good chance for Chakuro to reaffirm his beliefs and for Lykos to make a choice. Honestly I was a bit worried that Ema’s generous offer was just to carry her off into the skies and brutally drop her into the sand ocean…Maybe that wasn’t it, but you never know. At least Lykos is comfortable where she is. Sure it is painful to have emotions at times, but this is where she wants to be. That is probably for the best anyways. The society she left behind is a pretty cold one. At least on the mud whale Lykos can rediscover herself.

I’m still not eager to see any hints of a romance with her and Chakuro though. The loss of Sami is still hanging and I wouldn’t like to see Chakuro just getting over that. Sure at times people need to move on. But I don’t think that needs to happen now even if they have short lifespans. What I am ok with is that flashback that allowed Chakuro to find his role. There is a lot he can do just from the position of an archivist. He can give Sami and those that have died a type of immortality. By writing down the essence of who they were, the future will know about them. It doesn’t erase the pain of loss. But at least that is better than trying to forget they ever existed. 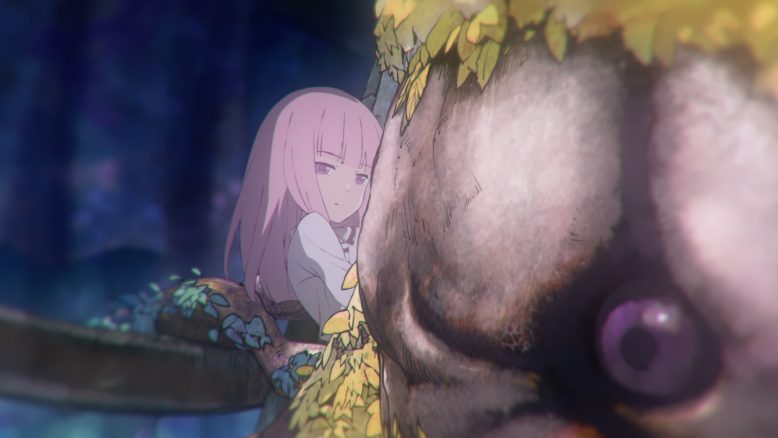 For a last episode this was pretty solid. They did end it with the mud whale escaping its prison and now moving forward into the future. It is a kind of ‘the story is only beginning’ ending, but that is fine. With something like this you can’t force a hard conclusion. I think this kind of fantasy setting needs a bit of time to set up and you can only tell so much of a story. We got a good look at some of the societies at work here. The show let us see a war story along with the world building. Maybe the most important long term thing was Ouni’s growth as a leader during this show. This was a solid last episode and a good point to say goodbye to this show with. 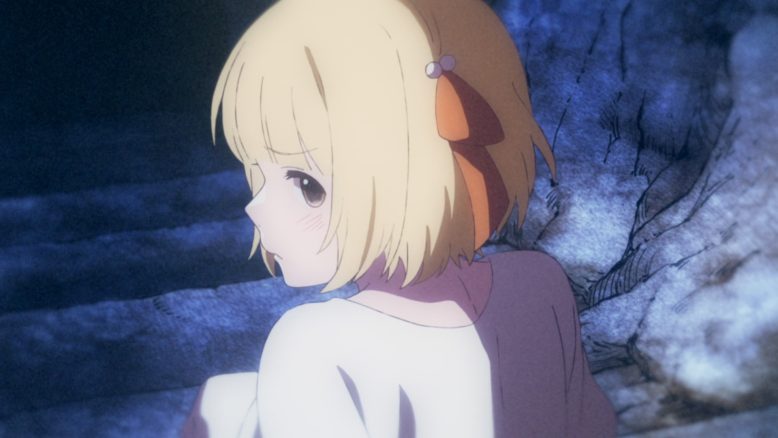 Final Thoughts
This show had been on my radar for a while thanks to the setting and visuals. I’d say if nothing else this was a pretty beautiful show. Whether it was the environment with these islands on the sand ocean or the mystical elements, the show just looked good. I can see some wanting more world building or for the show to focus even more on the war aspect. For me the show did a pretty good job balancing things out. We got a decent look at how this world functions and the kind of society that emerged due to the marked having short lifespans. I’m sure the failed rebellion isn’t going to be the last of tensions between the marked and unmarked.

There was a sense of danger throughout the show. I didn’t think going in that Sami would end up dead. She and other characters did take a hit in this show. While some like Ouni and Chakuro felt safe, there were many that I wasn’t sure would make it out alive. A lot of people didn’t survive. In some ways I’m glad that a show covering this kind of conflict shows the cost. A lot of people died both in the early ambush and during the operation to bring down Skylos. War can be ugly and messy. While I’m not one for gore or mess, a bit of blood in appropriate scenes does add some weight.

And so it ends

The Fall Season wasn’t an overwhelmingly strong one for me. So in general I’m thankful for this show being there to keep me afloat. I’ll miss this show if nothing else for the standout visuals and the mystery it has. There are some elements that I still don’t fully understand. But maybe that is acceptable. Some things just aren’t easily understood and shouldn’t be easily revealed. If this ever does get another season maybe we’ll find out a bit more about the mysteries still out there. Although maybe a second season would just focus on yet another war…

Either way, I had fun with this show. Admittedly it is tough at times to have fun during all the war going on, but this show had bright moments. Goodbye Children of the Whales, and good journey.