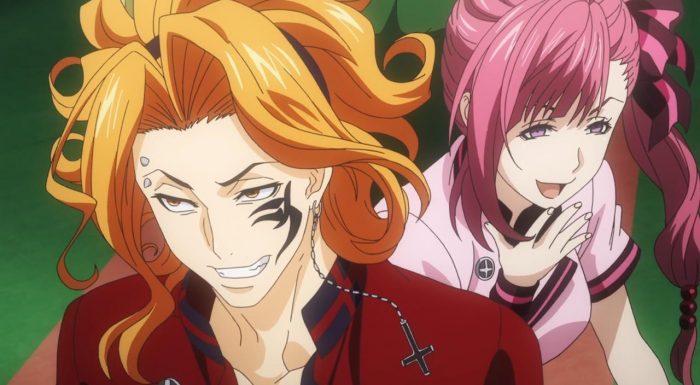 Its this week, that I think fans of Shokugeki no Soma will find themselves really tested. After what was a pretty strong showing with Eizan and Soma, this week actually takes a bit of an odd turn. A turn that will make those not privy to what happens in the manga, think that this week’s episode is a terrible a misstep. Whether it is or not will definitely be debated as time goes on, but I will say this, I view this part of the story and the arc as nothing more than setup. 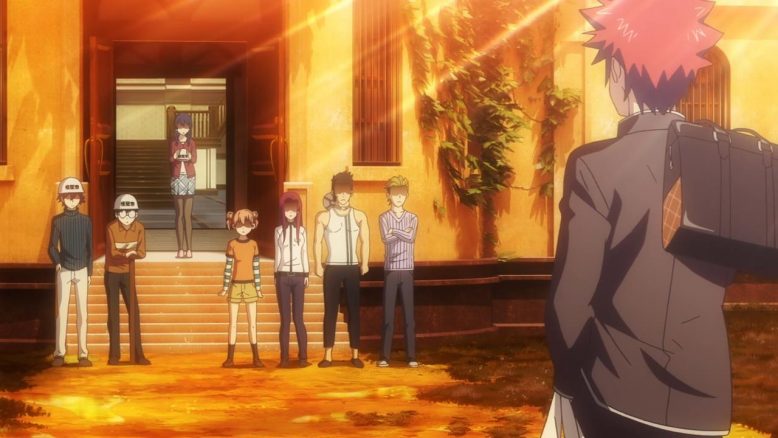 Here’s the thing, when I read the Shokugeki no Soma manga, I did not dislike this arc in the slightest. I still don’t, really, because at this point, I’m so invested in the characters and the world that this show has developed over the course of two seasons, that I’m in it for the long haul. Does the addition of a completely forgettable bunch of “Central Solider” characters feel odd? Sure, but I think the show and the story have earned enough goodwill, to get some benefit of the doubt.

But hey, if I was actually blogging this week for week, I’d have actually said that this week’s episode felt more like a traditional setup episode. There’s some rather heavy lifting that Shokugeki no Soma has to do in the coming weeks and months, and so I’m not entirely sure that the oddness we get this week is entirely unnecessary. 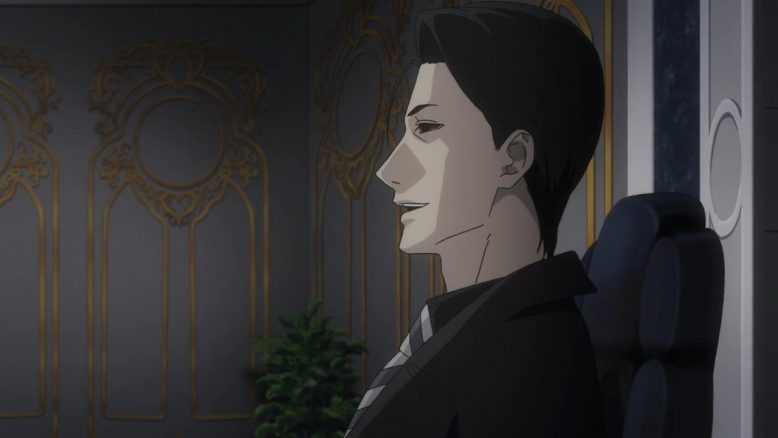 What’s interesting, however, is reading the general opinion and comments from people regarding this story arc. When I read the manga, I wasn’t really paying attention to what other people felt or thought. I just binged through the story, and I ultimately liked it. But, as this third season has gone by, I’ve seen nothing but hate and disdain for this arc, heralding it as the moment where the manga and the story actually dropped in quality.

To me, there really hasn’t been a drop in quality. As far as I am aware, Shokugeki no Soma has always been a bit over the top and outlandish. The whole concept of Totsuki was never really founded in reality, and the show has had villains that have been really hard to like. Hell, I’d say when we first met Shinomiya, he lacked the depth and nuance that we ultimately got from him much later. But even forgetting certain characters, Shokugeki no Soma has always had certain elements that just don’t add up. 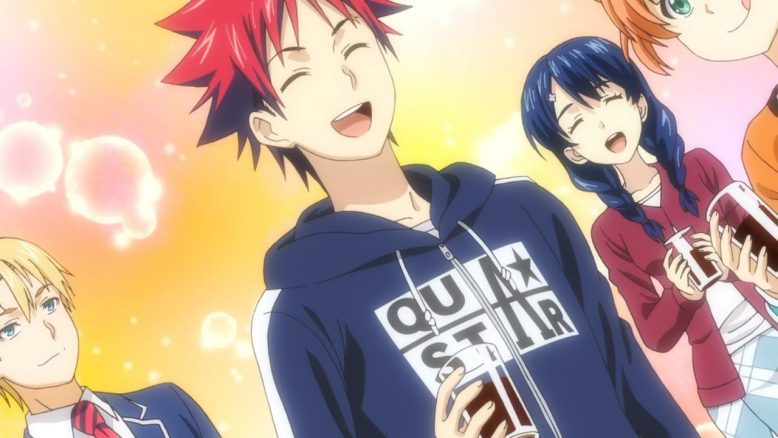 I liken this show to a performance, that’s made squarely for entertainment. Its not deep, or entirely a work of art, but its fun and thrilling none the less. That’s really all I want from the Shokugeki no Soma experience, fun, thrills and interesting characters. To that end, even this week’s episode, had some awesome moments for me.

I loved the emphasis on the whole friend group thing that Soma has going on. Whether it was the polar star dorm kids coming together, Ishiki doing some damage before he was pushed out, or the Aldini brothers joining in, it all played to that sense of comradery and friendship that we’ve seen from the show thus far. That whole “Me and my like minded group of friends” thing that Shounen does so well? Its here and front and center. 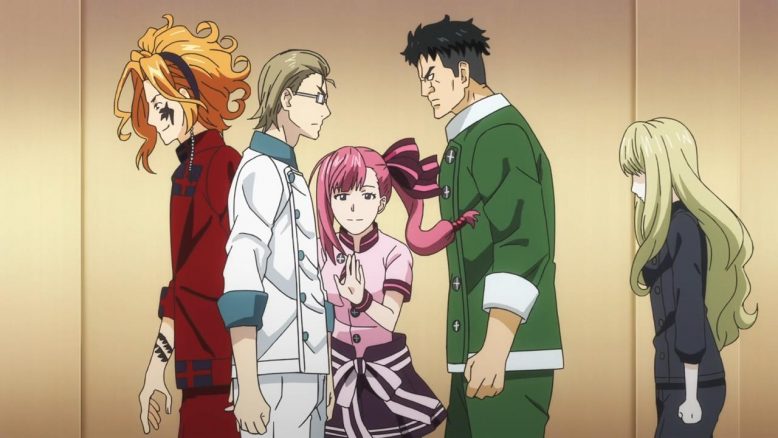 To that end, what Azami and central really represent is a really dire situation which Soma and his friends have to deal with and weather. Its a bit crazy in some ways, but I think it really does do its job of putting Soma and everyone else that we’ve come to like, in a really annoying and tough situation. This is a battle for what Totsuki will ultimately be, and its a battle that started with the bad side surmounting a huge victory. And before we get to the actual main event (Central versus Soma and his gang of friends), the first act is very much the warm up, featuring none other than Ryou himself taking on one of the Central lackeys in a seafood based Shokugeki.

Will this be interesting? I think so, even if its more or less going to be worth watching because Ryo and not his opponent. The fact of the matter is that while Central has been established as a really shady and evil organization, it hasn’t been shown to be all that threatening. So, short of using the remaining Elite Ten members themselves, the show has to spend some time establishing how dangerous central itself is, even a fair fight. 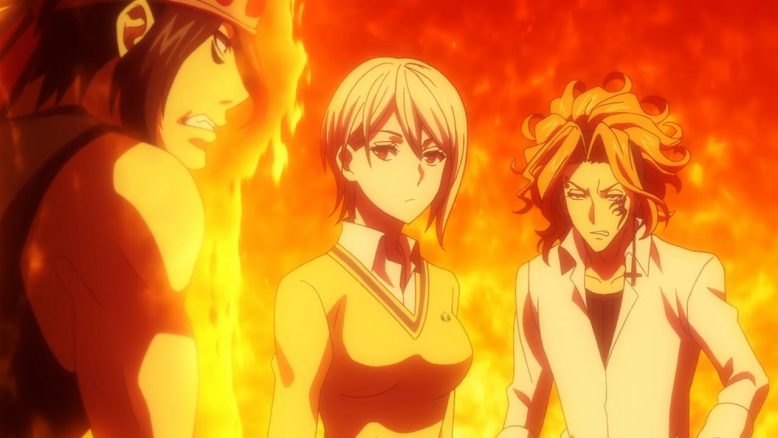 So for me, I don’t care if people don’t like Shokugeki no Soma anymore. To each his own, I enjoy it, I REALLY enjoy it, and if it weren’t for the fact that I spoiled myself with the manga, I would be a lot more energetic and excited. I’m kind of waiting for Shokugeki no Soma to get past the point where I was at in the manga, and when that happens, I think it will be ultimately worth it.

There are just some shows that don’t sit well with the majority, and Shokugeki no Soma has always been that kind of show. Its never really hit with western audiences for one reason or another. The first season had its ecchi stuff, the second season was super fast paced, and now the third season has this whole Azami thing. 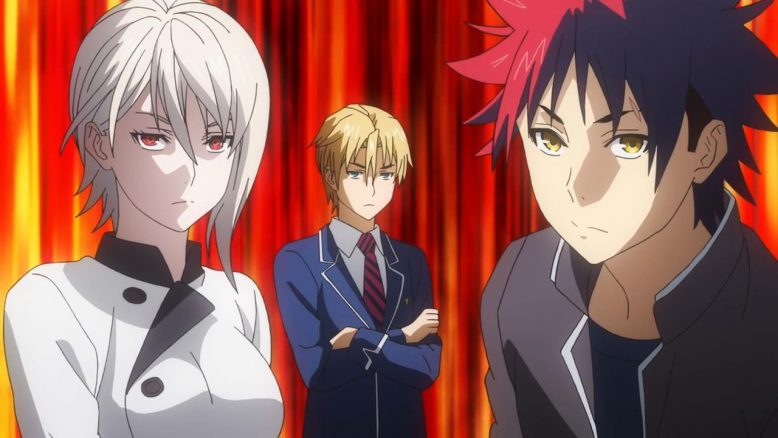 In the end, I guess I’m just going to kick and enjoy this show and story. I’m still of the mind that the show is pulling through content too fast, but at this particular point (the whole B-team of Central soldiers coming in), I’m actually not too concerned about the show blasting through THAT particular storyline. Its not on the level of say the Moon Festival arc, or any of the other major things that are coming down the line. The true test for this show, is going to be how it adapts the REALLY good stuff, when it gets here. And for the audience? Well, there may be a lot less of us here by the time the second cour starts airing.