Children of the Whales – 08 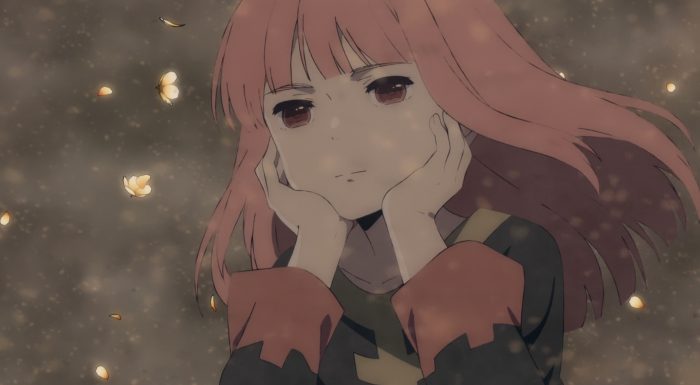 Well this was another pretty bloody episode. They aren’t hiding the fact that a massive conflict would without a doubt result in a lot of casualties. It does keep the threat level up that they are still willing to kill people off even including the villain with the most personality among his side so far…At least this episode covered exactly why Liontari was so utterly insane. It seems as if he was very much an abnormality among his side. Instead of his emotions being eaten it sounds like the emotions flowed backwards into him. If he overtaken by so many emotions at once it might explain his insanity. Regardless I am kind of relieved they didn’t go a classic route of letting an enemy escape only to come back and unleash horrors upon them later. In some ways the universe is rewarding Suou for his decision. 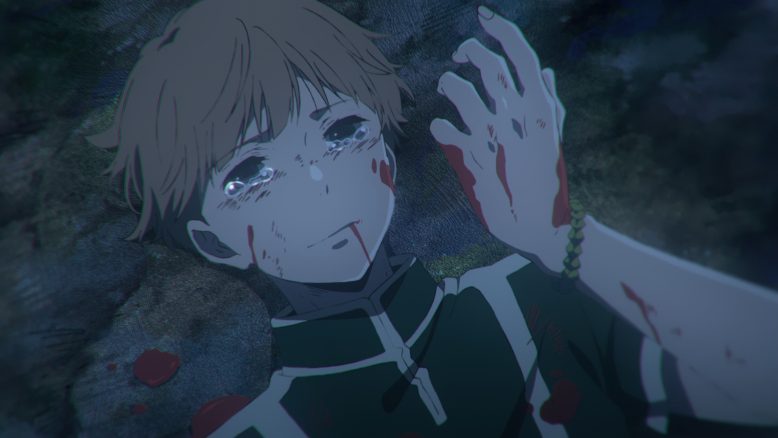 Things are going rather horribly for the squad they sent aboard Skylos. They’ve lost basically everyone at this point and the rest aren’t exactly in a good position to act. It is kind of sad/amusing that the squad leader’s last thought was that he wanted to pat Suou’s head more….Well I suppose when dying all kinds of random thoughts can come to mind. In general though it is a pretty messy situation for the main cast and there isn’t a lot they can do. Their best abilities are sealed in that area so they are basically helpless. Even a badass like Ouni can’t do much more than listen to the cocky guy. Maybe Nibi will do something stupid that will get him killed, but create a chance for the others. Other than that though….I can’t see a good solution. 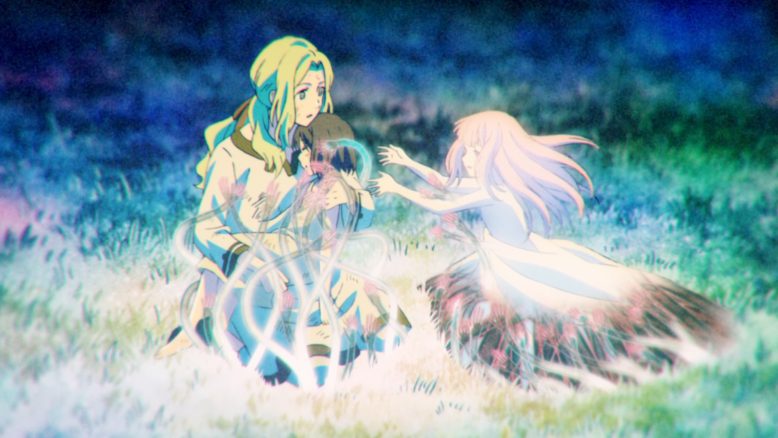 Well this is darn weird

I still have no idea what is up with the dance number. Sure, we can say for sure that Ema can bust a groove…but what else is she doing? So far we’re seeing a lot of weird, but seemingly pointless abilities coming into play here. Those hands are just….weird. They don’t seem to do anything other than bring a strange sense of comfort. I mean if they had some crazy healing power or did anything to help the inhabitants of the mud whale that’d be nice. But, no they just seem to be hands that are kind of creepy to look at. Be nice if they could do something useful. The mud whale’s inhabitants are doing the best they can, but they are outgunned. Their abilities are arguably stronger, but they are still using sticks and bows/arrows against guns and swords. Not a great matchup. 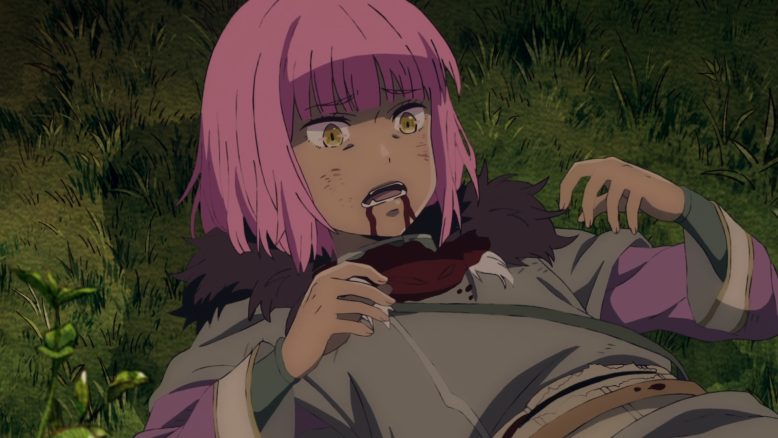 If nothing else this episode made me like that Captain more. Oh sure his personality problems are still very much there. Putting him against Liontari was a good choice since they are so similar and yet opposites. Neither of them truly fit in where they are. Shuan seems almost to be lacking emotion or at least lacking any sort of love of life. It almost feels like he is seeking some kind of excitement or trigger. Of course Liontari doesn’t fit in at all with his side. He’s a bundle of emotions and yet he can’t empathize with the people he hurts. All he cares about is that people react to him and he can see the pain and terror on their faces. I’d still say that Liontari was the more broken person, but Shuan is hardly in the realm of normal either. 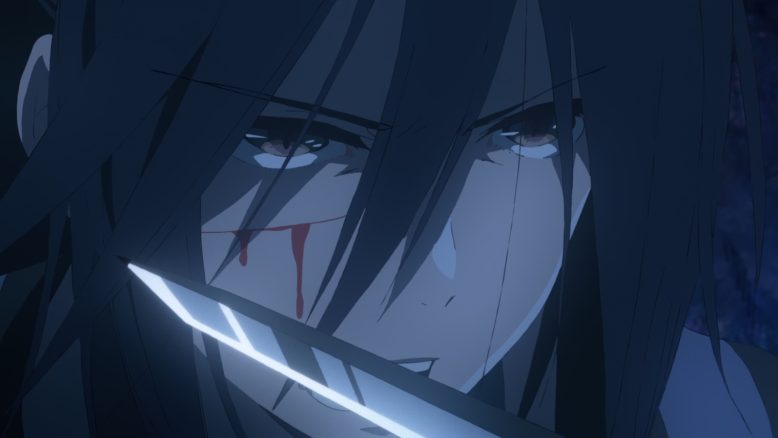 Events should continue to be entertaining going ahead. The conflict is hardly over though if it drags out for too much longer there might not be inhabitants of the mud whale left to save. Chakuro and company need to figure out a solution. It wouldn’t be a bad thing though to also find out a bit more about just why their lifespans are short. Clearly the Empire knows a lot more than the people on the mud whale. Maybe the elders know more, but they aren’t ever going to prove themselves to be that useful.

This was another strong episode. While the show obviously wants to keep characters such as Chakuro, Lykos, and Ouni alive…it doesn’t mind getting things a bit messy. I’m sure these aren’t the last character deaths we are going to see before this battle is over. Hopefully they can close it up in the next few episodes. Not because the war is boring, but just because it is such a messy battle. Only so long that kind of conflict can be sustained before the amount of living people runs out.