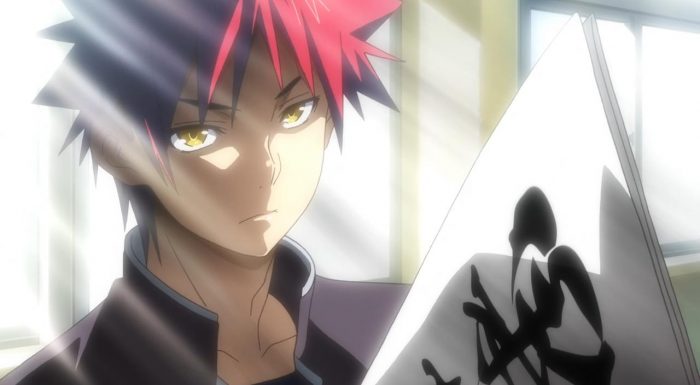 Why Shokugeki no Soma? WHY? Why do you insist on doing this? Why does everything have to be adapted at a break neck pace, especially when there should be no reason to. We’re past the point where I can hope or even justify this adaptation’s speed, and at the point where I have to flat out worry and complain. Shokugeki no Soma’s third season is a bit of a hot mess right now, and that’s coming at a time when the show and story are introducing their most divisive plot twist yet. 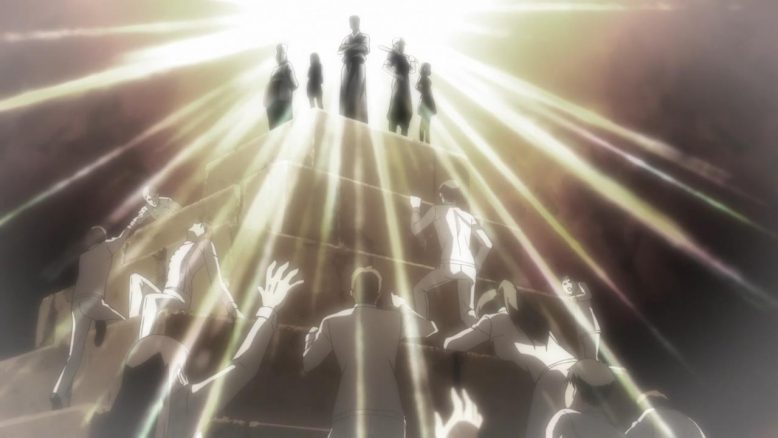 Here’s the thing, I can see why so many people would find the whole current situation at Totsuki Academy ludicrous and potentially insane. Its borderline silly at the moment, what with Totsuki’s entire system breaking down, and the show basically rewriting all the rules that its held sacred up till this point. Shokugeki’s don’t mean anything, there is no freedom of experession and everything is devolving into a sort of barren, expressionless totalitarian society where only the strong and the rich rule over and determine everything.

The fact that we’re seeing this in a culinary high school setting, is a huge leap. It begs an enormous amount of suspension of disbelief. And unlike myself, who read through the content of this part of the story rather quickly due to having a bulk of manga chapters to binge through, the audience is left in a really weird lurch for the second week in a row. But, as I know quite honestly, there is good stuff coming in Shokugeki no Soma, even if the show is going down a seemingly very different path. 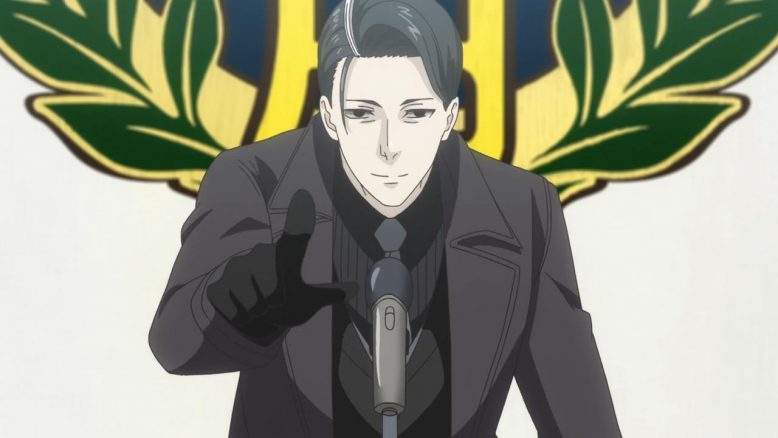 The problem, however, at least in my mind, is that the show is unable to sell its whole “the world has changed for the absolute worst” because of how quickly and rapidly everything is happening. We’re jumping through this change at a rate that’s alarming, dizzying. This a part of the story where the show actually needs to take its time, and slowly ease in the audience into the situation that they’re being thrown into.

But the show isn’t doing that, and the only reason I can think of, is that the people actually helming this particular adaptation, are just not confident in the source material. The only reason, that I can think of, for the show to be blazing through everything, even at this point, is that the people making it feel like they have to get through this “weak stuff” as quickly as possible. Get to the good parts! 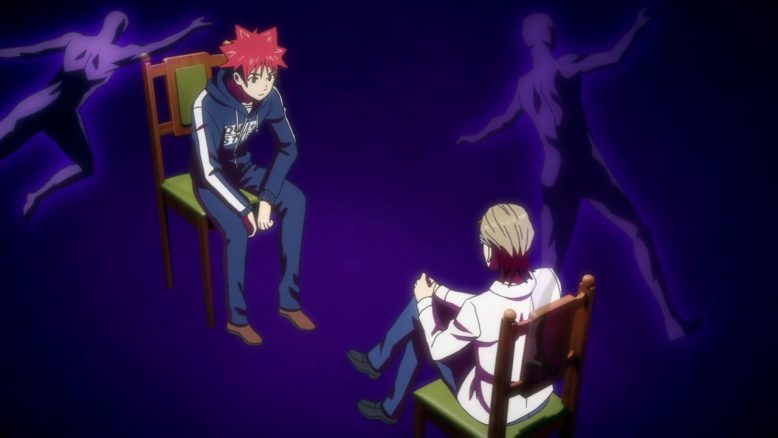 Except… Those good parts are meaningless without careful and meticulous build up. Those good parts won’t feel earned, if they arrive too suddenly and without the proper context. And I can quite frankly state that, because of this week’s episode, any payoff that could be gained from the Eizan Souma match up, will more or less be lost.

Simply put, there’s just too much that happens in the span of one episode. We see Azami deliver his big new plan as director of Totsuki, and THAT in itself, is a huge headliner. Basically, Totsuki’s old system is completely thrown out the window, and instead, an even worse, more twisted and cold system is put in its place. 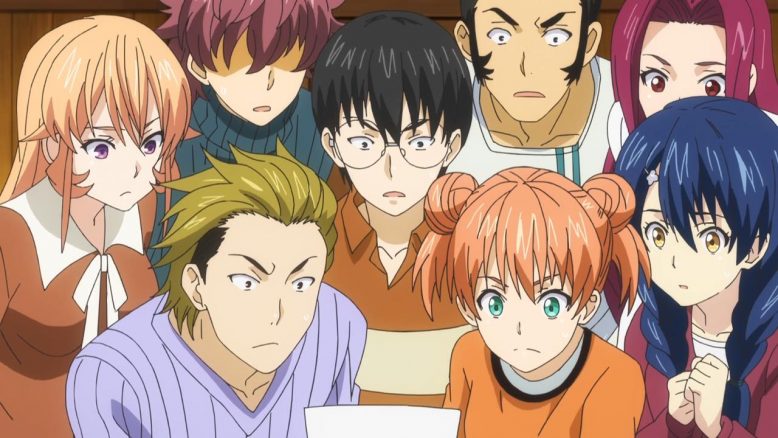 Yes, I’ve long harped on how warped of a place Totsuki was, and its the very problems of that place, that Azami more or less uses to his advantage. He’s not wrong when he notes that the old system of Totsuki was unjust and unfair. Students were hardly allowed to fail, to experiment or try. That, was the chief problem; The lack of ability to experiment and learn. The issue of failure has been removed with Azami’s new system, but in its place, is an even more constrictive, expressionless system that favors the favorite select few, over the needs of the whole.

See, Azami’s new system is about amassing control. The whole creation of this “Central” organization, which he leads alongside the Elite Ten, transforms Totsuki in a way that takes out the few good things it did have. Totsuki was an unforgiving place, almost comically so, but it rewarded experimentation, risk taking and creativity. Those particular traits, of creativity and self discovery, are more or less gone now, from the current Totsuki. 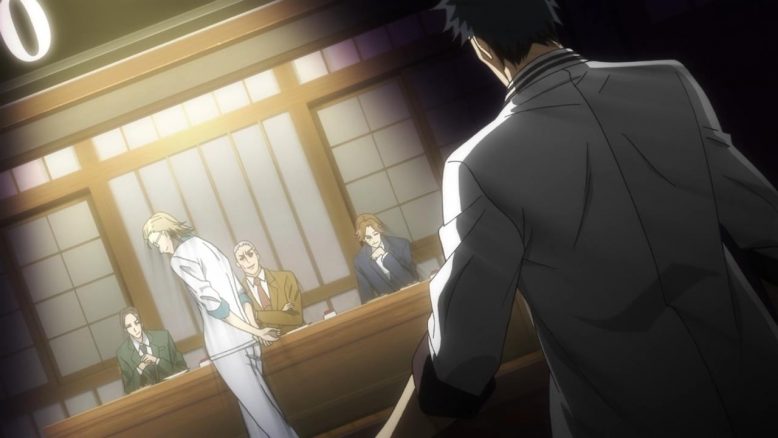 Which, in another week, would merit some decent exploration itself. But that particular plot point hardly has room to breath before we’re thrown into the NEXT issue, which is the Polar Star Dorm suddenly being under attack by Eizan and under threat of closure. And that itself is a huge deal, and instead of letting the threat of that settle in, the show moves onto the very next thing; establishing how powerful and cheap of a villain Eizan actually is.

Here’s the thing about Eizan, he’s always been a scumbag, but this arc actually gives that kind of arrogant scumbag power and authority to basically do whatever the hell he wants. The first thing he does with that power? He tries to basically get even with the guy who he just can’t stand, Yukihira Soma. 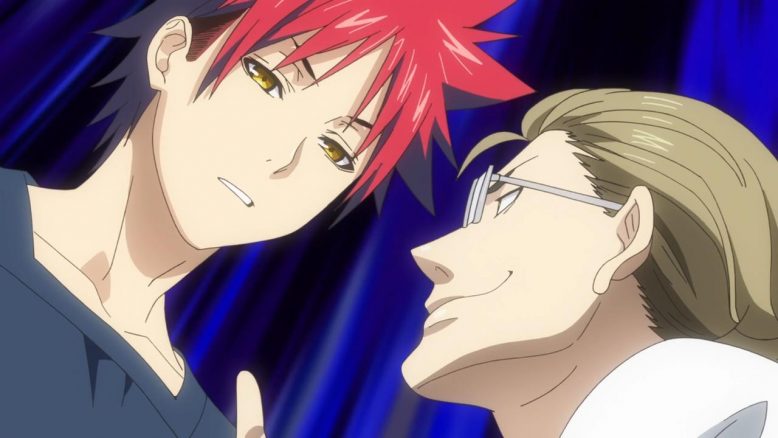 I’ll say this, Eizan’s ability to do whatever the heck he wants is so absurd, its actively immersion breaking. The fact of the matter is, with all this change happening so suddenly, the start of the doomed Shokugeki between Eizan and Soma? Its a horrible place to end the episode. Whether Eizan wins or loses, and whether Soma gets expelled or not, the whole thing is just too quick and odd to actually believe. Its already a hard enough pill to swallow that someone like Eizan can have such a stacked deck in his favor, but now we’re also seeing Soma basically get up and go against him, with the entire hopes and dreams of the Polar Star dorm on his shoulders.

And in a different way, with a different approach, I remain fully confident that this particular story could have and would have worked. I can’t take this sort of abuse from the show, mostly because I know what’s coming, but I don’t expect that a lot of anime only viewers are in the same situation. That makes this particular episode, and this situation of Shokugeki no Soma’s third season, particularly sad and tragic.