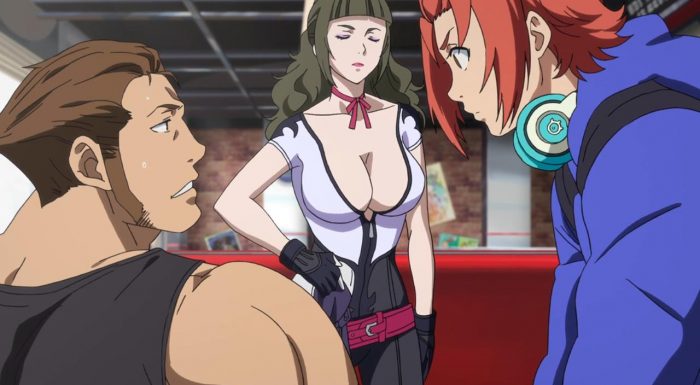 Its pretty much clear now, Garo Vanishing Line is never going to be a series that has any sort of real depth. Instead of depth, I think what Garo VL has to its benefit is great animation, solid production values, and solid action. If a cookie cutter story is tolerable for you, then I guess Garo Vanishing Line should work for you. But I think anyone that came into Garo VL was probably expecting a good story, and that’s something that’s sorely missing. 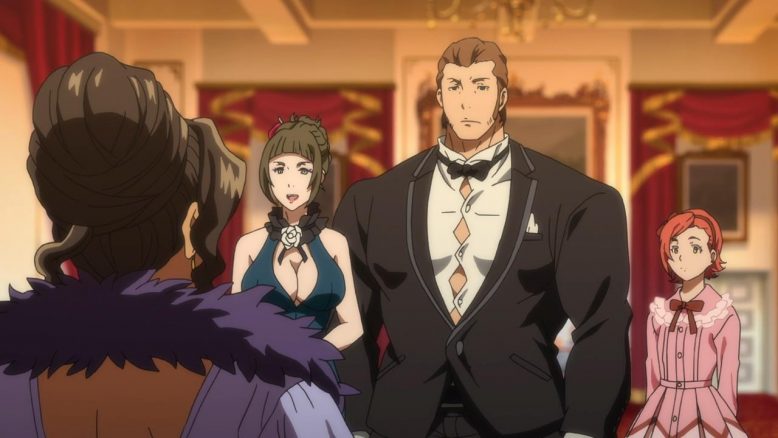 Its kind of sad, but as the character dynamics and relationships between the main cast continue to at least improve and evolve, the writing for the “Horror of the week” stories just gets worse and worse. Its like the writers for the show aren’t even trying. Each Horror is pretty much a macguffin that gives the characters something to do together, and little else. There’s no emotional core, no larger theme, and I’m pretty convinced now, that there never will be.

So with all of that understood, is Garo Vanishing Line worth watching, let alone blogging? If I were being entirely honest, I don’t think it is. If you’re a huge fan of the original Garo, then Vanishing Line is bound to disappoint. If you’re a newcomer looking for a good show to enjoy, then I’m not sure there’s much to this show beyond nice action and cool looking artwork. Which can be enough I guess, but I’m finding myself having less and less to say about the show as a result. 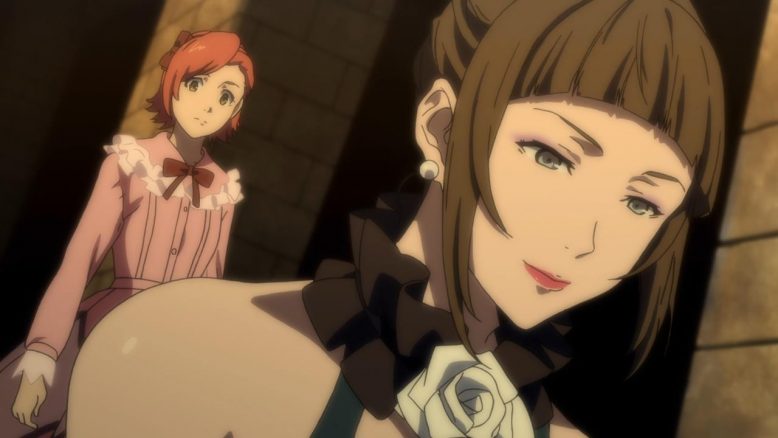 Just leave it to Onee-chan!

The good stuff this week, was more or less the growing sister-like relationship between Gina and Sophie. Despite how generic of a “older sexy lady” character Gina is, she generally has great chemistry with both Sophie and Sword. If there’s anything that elevates the show above being tiresomely boring, its Gina, and Gina isn’t a mainstay in the same way that Sword or Sophie are.

A big problem I think, is that Sophie and Sword lack any real depth themselves. Sword is the Garo of the current age, but why? What’s his reason? He’s a muscle bound biker that loves huge amounts of steak, but beyond that, what is he? 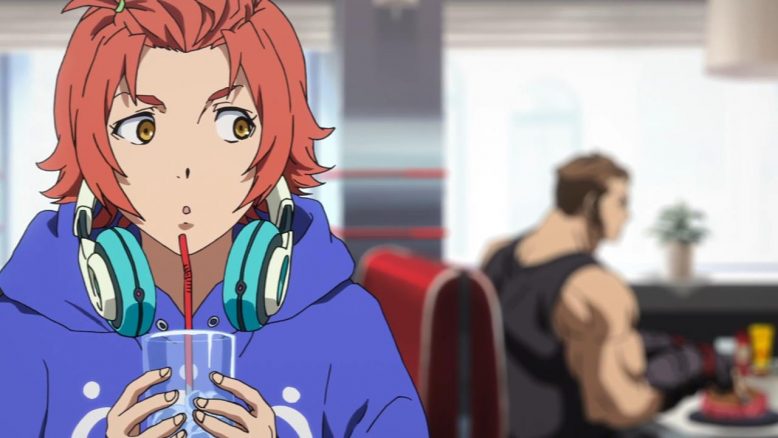 The main duo of this story is so… Bland.

And Sophie’s no better, she wants to find her brother, but that entire plot itself has nothing original or particularly powerful about it. And that’s just the weakness of the writing showing. A good writer can develop a character and make the audience care about them even without a long winded back story. There has to be SOMETHING interesting about a character beyond just their odd character design.

But there isn’t something, and the show almost feels like its so lazy about it all, that it devolves into parodying itself. The whole adventure this week, with Sword and co infiltrating “the rich and wealthy” in order to find some horror, was so silly at times it bordered in stupid. Whether it was the horrible “family” act that Sword and Sophie botched, or the very fact that Sword’s suit was bursting at the seams because of how badly fit it was, nothing about that whole scene worked. And don’t even get me started on the whole “Sword is almost forced into bed with Viola” thing, which is all kinds of weird, rapey and gross. 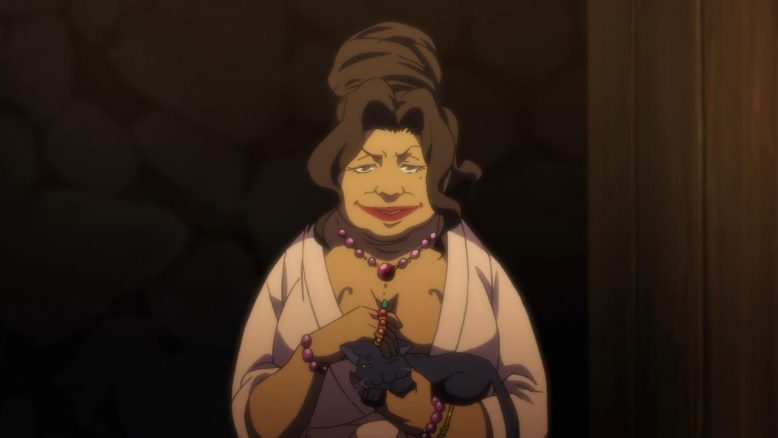 THIS is what you get for a villain this week. LOOK AT IT! LOOOOOK AT IT! O_____O

Plus… The fact that the horror of the week, a woman named Viola was fooled by the trio’s terrible act, wasn’t funny, it just felt kinda sad. I can get that the show is trying to act like its not taking itself seriously, and trying to be tongue and cheek but… This just isn’t how you do it.

As for the taking down the Horror Viola herself? It was a pretty standard story, utterly predictable and lacking any kind of emotional power. In the end, Sophie, Sword and Gina take down Viola, revealing her to be the actual Horror rather than someone controlling them, and the story pretty much ends there. The chief purpose, both of the episode, and in Gina bringing Sophie with her and Sword, was to prepare Sophie for the new reality that she’s about to face. 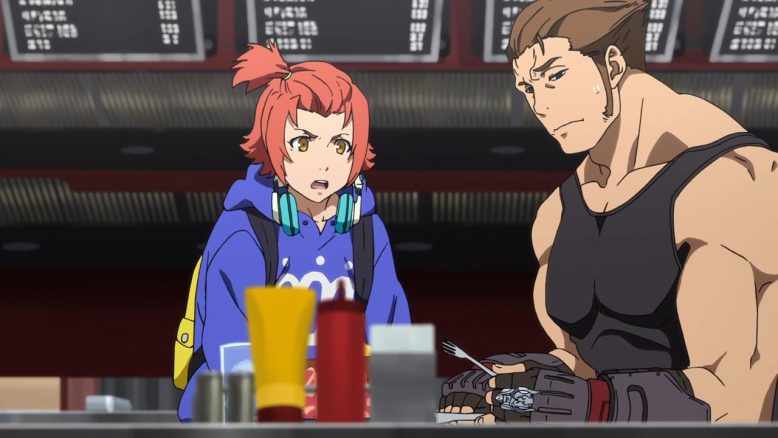 Sword’s about as enthused about all of this as I am.

And that could’ve been an interesting story in itself, except for the fact that Sophie has faced Horrors at least twice now, so there’s nothing that she really needs to know at this point. Which is kind of why this week’s episode really didn’t work for me all that much; There simply was no point to it.

Which, incidentally, is a common theme with Garo Vanishing Line. I often question the point of the episode I watch each week, and the point of the show as a whole. As of right now, there isn’t much of a convincing argument in favor of either. I’m going to hang in there with this series for a little while longer, but at this point, I can’t really recommend that anyone else do the same.