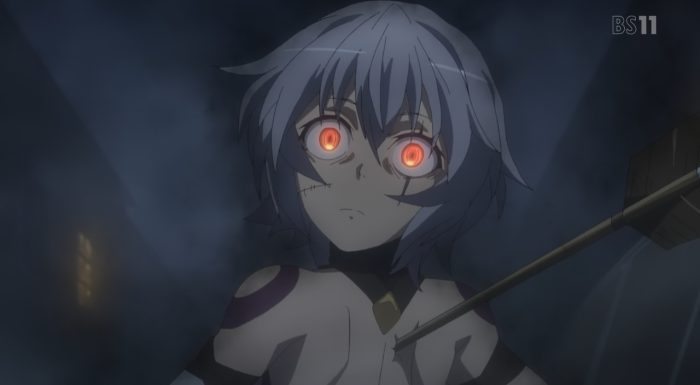 Well that date certainly didn’t quite end on a cheerful note. And really this was mostly a date episode for Jeanne and Sieg. Sure, there was the main focus on luring out Jack in order to bring her down…but that wasn’t the whole purpose at least from Jeanne’s perspective. That isn’t a bad thing though since it is true that Sieg is lacking a lot of normal life experiences. This was a good chance to get him out into the world a little bit. If he doesn’t start building up more connections and a drive to live he isn’t going to last. His willingness to potentially throw away his life is a risky thing. It is necessary to have him stand up and fight, but he shouldn’t always be treating that as the only option. Plus yeah I suppose Jeanne from her life as a human/spirit hasn’t had many dates.

It was a good chance as well to delve into Jeanne’s backstory and her feelings on the world. She is a pretty unusual person in a lot of ways. Not many people could fail to hate the world or the people involved in killing them. It doesn’t seem an unfair thing to consider her a saint in that respect. Of course she’s pretty conflicted about what to do about Shiro. The idea of salvation for humanity is something that even for her is intriguing. But at the same time salvation coming from beings like servants is uncomfortable. 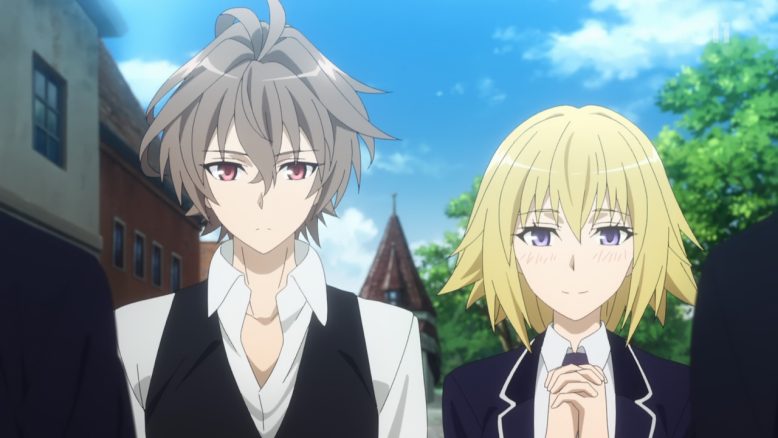 At least the plan mostly worked. Jack was lured out everything was sent into motion from there. Of course Jack and her master aren’t the stupid types either. They didn’t simply take the bait in the most direct way. Instead they covered the town in that mist and separated Jeanne from Sieg. It was even a pretty clever move to have the master approach Sieg instead of Jack. He wouldn’t have his guard up for an adult woman. Sure, they knew who Jack’s master was but they didn’t know if she was a willing participant to all this. Regardless, it was good that Sieg and not a regular person got involved here. Anyone else would have died from that kind of wound. Luckily firearms don’t seem that effective against the heart of a legendary hero.

Jeanne herself had a pretty dangerous encounter against Assassin. It shouldn’t be that surprising that someone like her has an instant kill type move. Though trying to use that against someone like a Ruler…is a questionable tactic. Other servants might have had a much worse time and been taken out instantly. Jeanne seems mostly alright though I’m sure that hurt like hell. 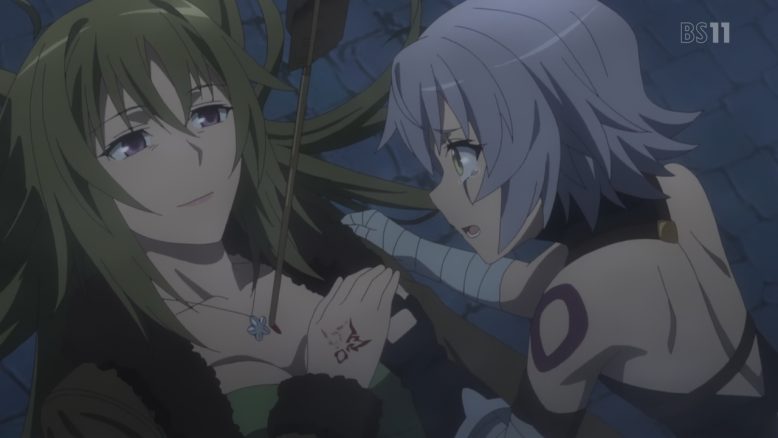 In some ways I’m surprised that Shiro let Atalanta get involved in all this. Maybe she was mostly just acting on her own since he just told her to keep an eye on the town. I suppose she couldn’t turn down the chance to take down Assassin and her master. In reality though letting Assassin stay active might have been for the best. That kind of wild card would cause more havoc for Jeanne’s side than for a group that is in a flying fortress. They probably have to take Jack out eventually though. In the end it didn’t take that much effort of course to kill the master. I’m more surprised at how sloppy Atalanta was. Instead of just firing one or two arrows, why not keep shooting? So long as Jack hasn’t disappeared she is still potentially active. Instead that allowed Jack to…well do something weird. 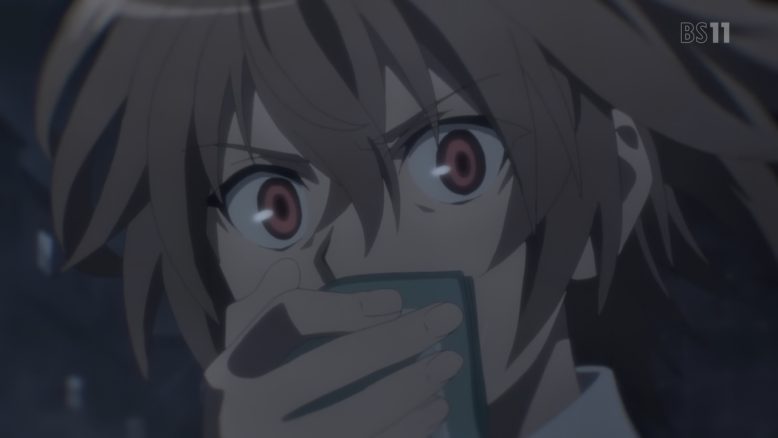 Now things are going to get pretty crazy. It looks like Jack at the end of her rope was able to create some kind of reality marble and suck people into it. Presumably that is supposed to be Jack’s interpretation of London when she was originally alive and active as a serial killer. We know that Sieg is there and since he’s caught Jack’s eye that isn’t a good thing. He may have to pull out his trump card and I don’t think anyone really wants that. It should make the next episode a good one with the tension that should be hanging about. This does seem to be the last stand for Jack with her master dead and already pretty injured.