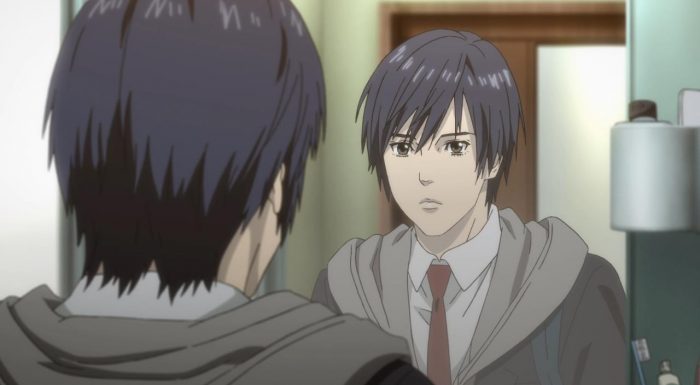 Well that was… something else. I have to admit, when I was so high on Inuyashiki last week, I wasn’t expecting the show to follow up its excellent premiere with an episode like this. Its hard to really say that I liked this second episode from Inuyashiki, and I say that, knowing that its probably intended to be an unpleasant experience watching whatever happened on screen this week. 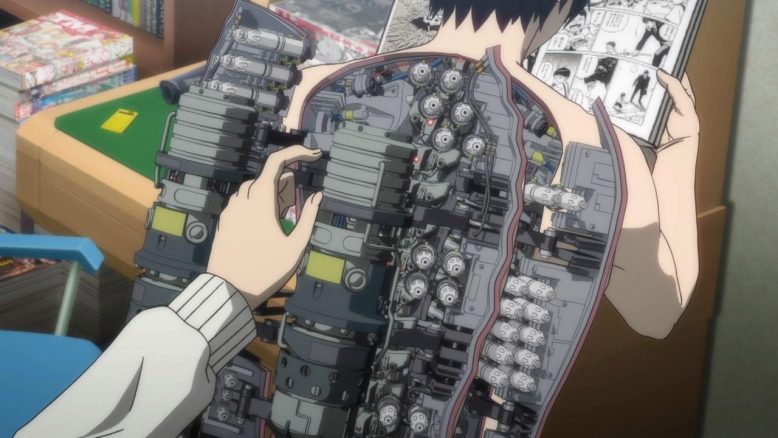 Cold and twisted Machinery = The character of Hiro.

To be honest, I’m still unsure about how to react to this week’s episode, because the same issues and problems that certain people had with the show last week? Well I had them this week. The show depicted a character that’s already become so irredeemable, so twisted, that it was really hard to find anything to “enjoy” about this week’s episode. And unlike last week’s episode, where the emotion and heart felt like it was bursting out from every seam, this week felt cold, detached and kind of disgusting.

Which I think is also the best way to describe the character that’s featured heavily this week, Shishigami Hiro. Hiro’s the other individual that was caught up in that alien blast, and now has a robotic body much like Ichiro from the first episode. Their bodies might be the same in terms of power and indestructibility, but that’s about where the similarities end for Ichiro and Hiro. 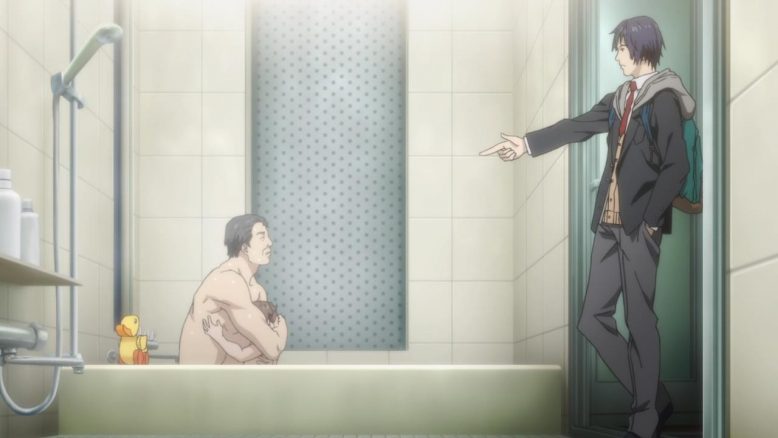 No jokes here. This was just an off putting scene…

Hiro is simply put, a full on psychopath. He’s someone who can’t seem to put together the value of human life, and instead seems to have a very selfish and twisted self-centered world view, one where anything he deems unnecessary is simply occupying wasted space. I won’t go into details about the murder spree that Hiro commits right after he spends a day trying to get an old friend of his to come back to school, its sadistic, twisted and unnecessarily cruel.

And “unnecessary” really is the key feeling I felt this week. I feel like rather than seeing the show develop Hiro in some kind of interesting way, similar to what we got with Ichiro last week, the show just kinda presnted Hiro as a twisted and messed up young teen with too much power and a lust for torture. 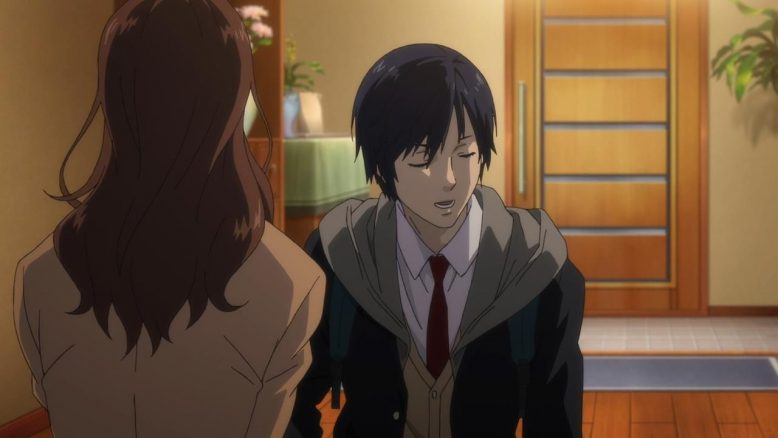 The things that satisfy this guy? Urrk…

Yes, I get what the show was trying to go for here. I get that Hiro “feels alive” by actually hurting, killing and making people suffer, which is the antithesis to Ichiro’s kindness. I get that, but that doesn’t make the scenes I saw this week, any more palatable or frankly even interesting. I did not need to see Hiro systematically kill an entire family, torturing them and messing with them as he slowly and surely ended all of them (including a child).

The only thing that did, was really provide a decent amount of shock value. And Look, I’m all for shocking stuff as much as the next person, but having Hiro commit atrocity after atrocity, in the cold almost detached way in which he did it, while simultaneously flaunting his whole “I like manga and One Piece” thing, made me a bit sick to my stomach. 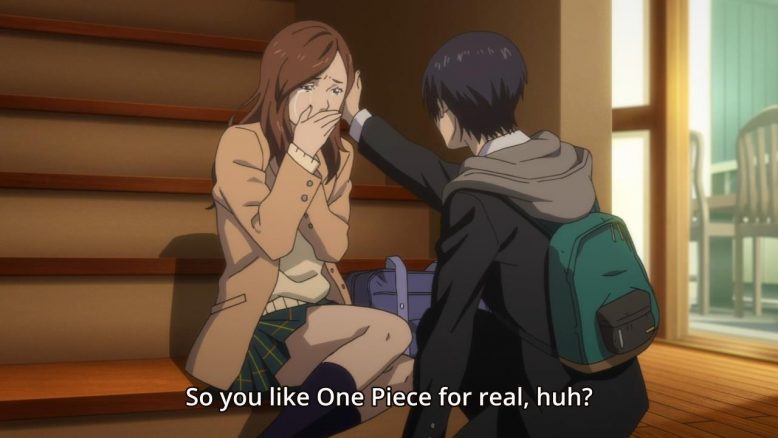 I could see Hiroya Oku’s mangaka fingerprints all over a character like Hiro, because he’s done characters like this dude before. The problem here, and the thing that I think makes a character like Hiro feel so abrasive, is the fact that he’s one of two central characters in this show. Having such a huge focus on such a frankly hollow and detestable character, just doesn’t work for me.

In essence, there’s nothing interesting about Hiro, beyond him just being a crazy psycho that gets his kicks from torturing innocents. That doesn’t make for an interesting villain, at least in my book. 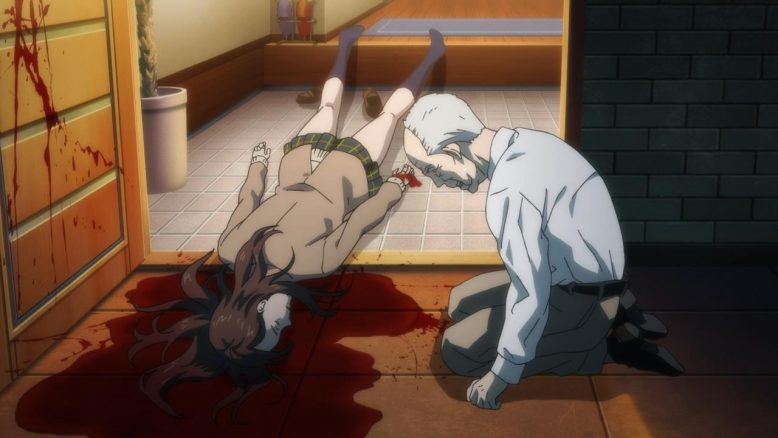 Unlike last week, there was no feel good moment to be had this week. Just shock and disappointment.

The one saving grace for the episode, at least for me, could’ve been Ichiro himself coming in at the last moment and saving at least the girl in the family. Unfortunately, Ichiro doesn’t make it in time, and instead we see the episode end on a point where Ichiro and Hiro are about to square off. While the prospect of seeing Ichiro wipe the floor with Hiro is tantalizing, I guess I just needed a little bit of feel good to combat all the gross and disgusting stuff I saw throughout the episode.

I’m sure Hiroya Oku felt it necessary to really establish Hiro as a twisted villain beyond redemption for whatever comes next, and I’d even say that the job was accomplished here. But this wasn’t a good episode or a good 24 minutes of entertainment for me. I’m not about to write off the series yet, because we’re only two episodes in, but I hope the show doesn’t devolve into torture porn beyond whatever it felt like it needed to do this week. Even Ichiro may not be able to make up for how darn uninteresting and disgusting of a character Hiro is. 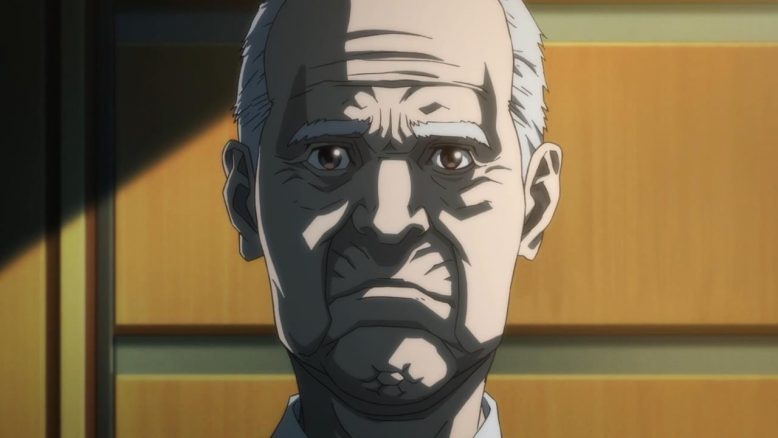 Ichiro’s face says it all. Its about how I felt by the end of the episode.

Look I realize I gave this episode a C Grade, and I’m sure there’s an argument for me being rather harsh about that. Here’s the thing though, I didn’t like this episode, and I think that’s almost to the show’s credit. It almost did too good of a job of making me hate Hiro, to the point where I guess I ended up not liking the episode itself as a whole. Maybe that’s unfair of me, but if this is all Inuyashiki is offering from its villain, then it may not be enough for me. I’m hoping next week is different.