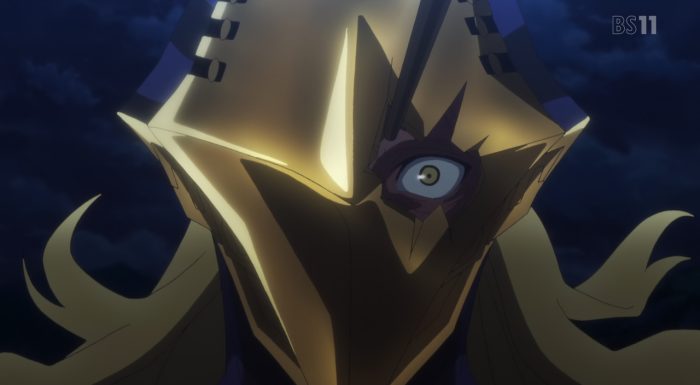 Well that takes care of Caster for this war. I’m not sure if Shirou would feel like he got full use from that deal they made, but such is how it goes. A huge gain in this episode though was Caster not really taking full advantage of his situation. I get that he wanted to bring salvation in his own way, but his tactical sense was pretty bad. There was no rush. No one was actively out searching for him. Once he gained his former-master he could have simply waited for his golem to become perfect and then make his move. Heck if he’d just waited an hour before starting to walk around then it would have been fine. Instead he marched his prize creation straight into an enemy stronghold and simply hoped for the best. That was hardly a good plan. 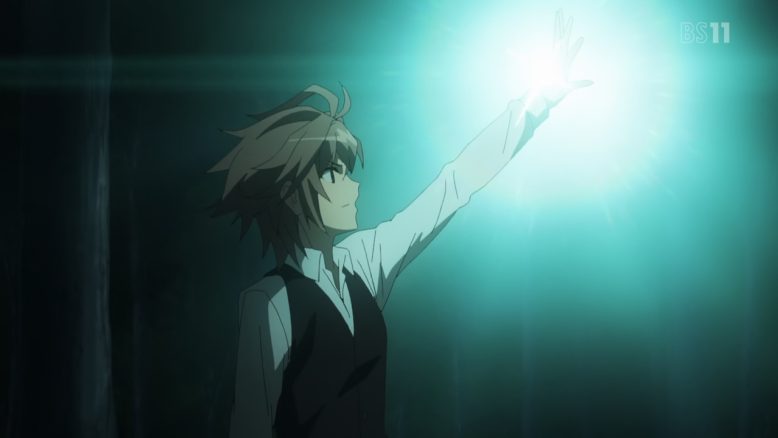 Luckily for everyone that Caster isn’t that smart though. It took a serious combined effort to bring down that golem. Now maybe Caster got cocky because he thought it was impossible to lose, but regardless it was a dumb plan. That was a good effort from the remaining servants that aren’t sticking with Shirou and his flying fortress. That thing was pretty darn durable and it required some pretty extreme measures to bring it down. Not that easy to pull together enough noble phantasms capable of bringing down a monster of that scale. Though it does make me wonder just what Chiron’s noble phantasm will turn out to be. He’s been able to get pretty far while not having to actually use that. Maybe he’ll end up saving it until his eventual and final match against Achilles.

One thing to note is that Sieg is kind of running low on those special command seals he has. He’ll have to avoid stepping onto the battlefield too much at this rate. At least he’ll have to hang back unless he wants Rider disappearing or gets extra command seals from Jeanne. It is good that he has access to that kind of power since having an extra Saber can’t hurt anything. But at the same time he hardly has an unlimited number of those seals to work with. It might be a good idea to be more cautious in the immediate future. But guess we will see how things turn out there. 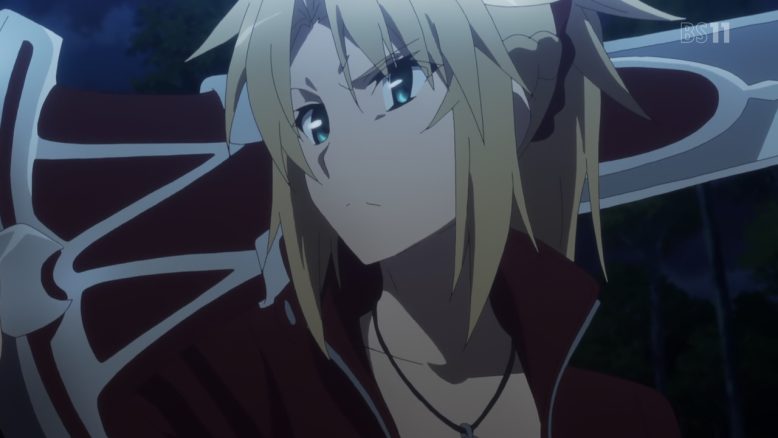 It was a bit surprising to see Mordred so darn friendly. She sure seems to flip back and forth between likable and irrationally angry. Even her master seems uncertain as to her thinking. She goes out there and saves two people she was just fighting. I suppose in some ways she is rather childish. When she is enjoying herself then she is rather friendly and pleasant. She had no trouble keeping the friendly banter going with the various servants and even Sieg. Heck, Mordred was even able to casually negotiate for a command seal. That is a pretty good plan considering her master really burned through his already. They will need some more considering the battles ahead and the challenges waiting for them.

They have quite the ragtag group forming right now. While Mordred isn’t entirely on their side, they do have a common enemy. If they don’t do something about Shirou and his army then they can’t realistically win the grail. It would appear even with the extra firepower that their side is in a bit of a tough spot. Not only do they need a way to confront that flying fortress, but they need to watch out for Jack who is out hunting people. That may be the bigger immediate concern since we really don’t know how Shirou and his party plan on using the greater grail. There may be some time to get ready to attack them and focus more on the innocent people Jack is killing. 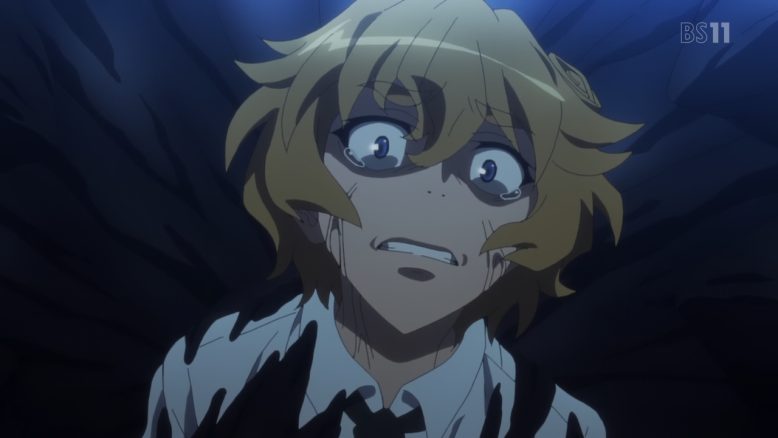 Probably not the way he saw this day going

I’d say this was a pretty entertaining episode overall. There was fun in seeing the party of servants bringing down that larger threat. And I did feel a bit for Caster’s master. He wasn’t the most likable guy, but he deserved better than this betrayal. Sometimes that is just how it goes. He was partnered with someone very much like him. But Caster was one step beyond in terms of his willingness to throw away even his own master for the sake of his dream. I give props to Chiron for quickly dispatching Caster. Clearly he has a serious issue with traitors. It was nice to get a bit of extra emotion from someone who is normally very controlled.