Children of the Whales – 01 [First Look] 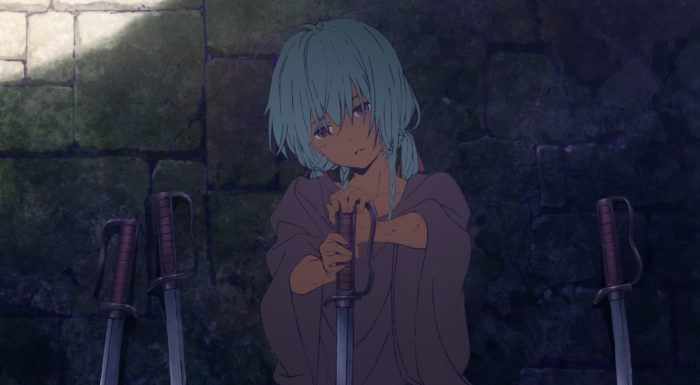 This was a solid first episode in terms of introducing us to this world and the characters in it. In some ways I’m surprised how willing they are to give certain hints about what is going on in the world. The elders there are pretty willing to drop all pretenses when they got Lykos alone with them. From their reactions it does seem like they are the ones who originally boarded this ‘island’ in order to escape some kind of conflict. Though it is quite the bold and extreme measure to abandon everything and float around while waiting for the world to change. This does seem to be a case where the elders basically hide all the really important information in order to make a more ‘peaceful’ society compared to the one they left behind. 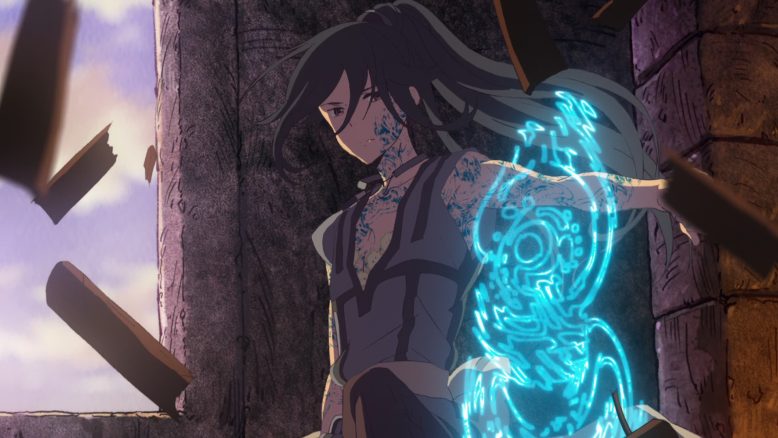 No respect for property

No doubt that the kinds of questions that Chakuro has seem to be the kinds that the elders are trying the hardest to hide. I’d have to guess that the Elders pretend as if they are descendants of the ones who originally boarded this island in order to avoid having to answer those questions. Otherwise Chakuro’s dilemma about them not knowing enough about the past because they weren’t left detailed records wouldn’t make sense. While I’m not sure that Chakuro himself would be glad about Ouni’s plot getting him involved, this could lead to a lot of answers he’s wanted to know. It just depends on whether or not he’ll survive the experience…There is no doubt that the elders don’t want the general population to know the truth of why they are out there and what the rest of the world contains.

In that respect Ouni isn’t wrong for being dissatisfied about his current situation. They aren’t being told the truth and there is a larger world out there. It doesn’t sound like this world is remotely peaceful or enjoyable though. I do find it funny that despite Ouni leading a gang, he totally goes on this trip alone. Now maybe he’s just scouting out the island before risking those who follow him…But maybe Ouni just doesn’t care about anyone besides himself. Those that flock to him do so because his ideals draw them in. Regardless there is more out there than living a quiet life on the mud whale. I do think that Ouni may not be totally satisfied with what he finds though. Is a life of conflict really more enjoyable than quietly living your days away? Their abilities and lifespan are an issue though. 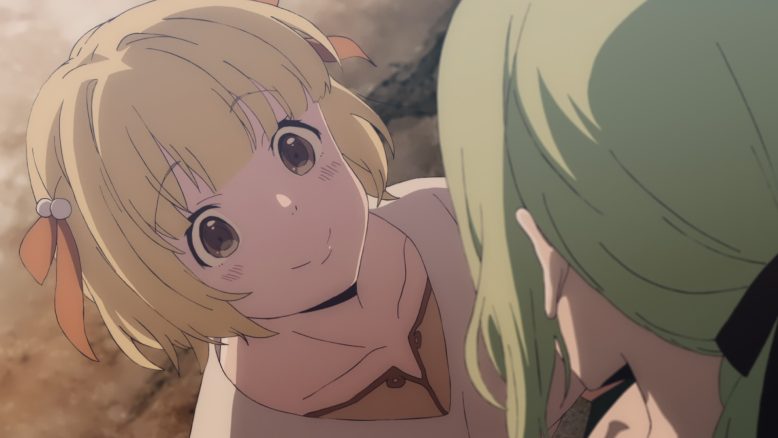 Let’s see how long the smiles will last

There are a lot of questions to consider though. Just what is going on in that outside world? How advanced is it compared to the people living on the mud whale? They don’t seem crazy advanced considering the swords scattered on that one island. It would make sense though that their abilities were originally tools of war. They started out as genetic powers of war, but passed along into useful tools for living. Certainly a lot of the rules placed down on the generations growing up on that island make some sense. There is clearly a worry about those with power losing their cool and their paradise turning into a war zone. It is a bit unsettling though. These elders put down rules on these kids, telling them to suppress their emotions. And yet they are clearly bothered when an Apathoia like Lykos shows up.

It is funny that despite all these rules and elders who clearly know a lot….they have some really dumb policies. A rainbow was seen so prisoners get a pardon? What the heck is that about? What kind of legal system determines punishment and release based on weather phenomenon? Doesn’t it kind of go against rain being a good omen if after a rainbow you release prisoners? I’ll just ignore the part where their only means of rehabilitation is locking them away and then randomly releasing them. True that with short life spans even a short time in jail is a huge loss. But if there are repeat offenders then clearly that policy isn’t good enough. 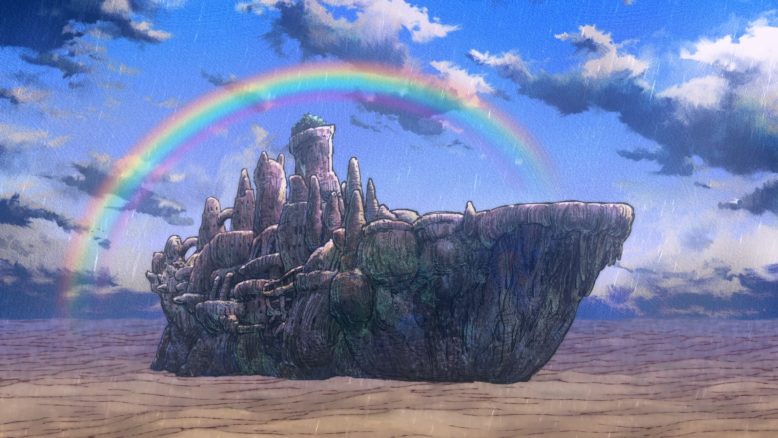 Rainbows, essential for a legal system

There are quite a few monologues given by Chakuro in this episode. Though I do think a lot of the smaller details of this world kind of need that. Maybe not the idea that rain on an island traveling on top of sand is important. But it makes sense that someone who writes down everything would tend to talk to himself and think about what he is seeing. All the little details from his point of view matter. He doesn’t want the future to be left without understanding of what came before them. No doubt his heavy use of paper for that purpose does rub some people the wrong way.

I do like the visual style for this show so far. The characters themselves look good, but so does the setting. If nothing else the characters do pop out when standing against backgrounds drawn in this style. As a whole I’d say it’s a pretty nice looking show and I’m looking forward to seeing more of this setting. 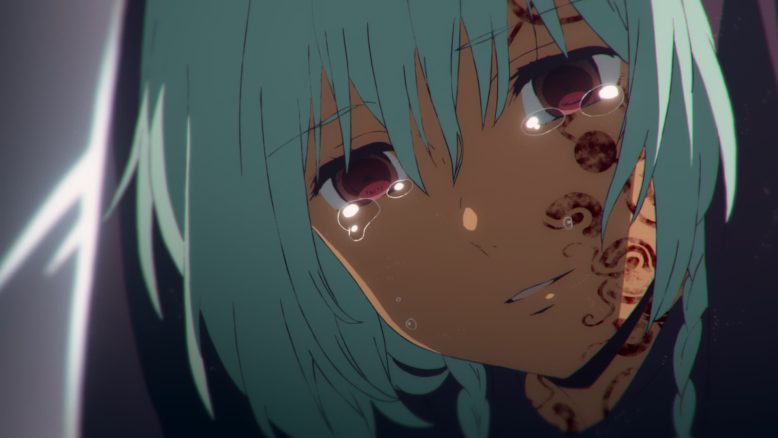 As a whole I’d say it is a good first episode for the show. They’ve established the setting as the MC knows about it. We have an interesting sand world and the thymia powers make sense at this point in time. The world he knows has been rather peaceful outside of Ouni and the bunch that follow him. But finding Lykos is going to change all of that. At best she’s a soldier, at worst others have used her as a tool of war. But whoever killed her allies isn’t likely to be that far off. It should be interesting to see how all this unfolds. At the very least they are an island filled with people with super powers. But those people only use their powers to perform daily tasks, they aren’t an army.

It should be interesting to see how things play out with this show. They’ve got a cast of characters with plenty of room to grow and mature as the story goes along. Hopefully this show turns out to be really good. They have the visual side of things down. But the bigger question is whether the show will tell a good story. Let’s hope they can pull it off.