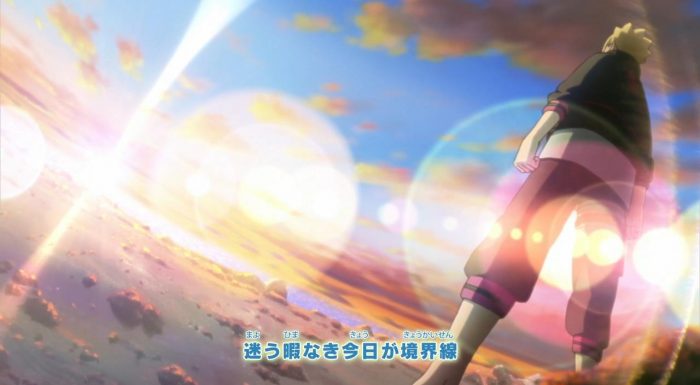 In a season that’s bringing us some pretty stellar sequels and exciting continuations, Boruto: Naruto Next Generations is just kinda in its little corner, doing its own thing.If the new OP and ED are any indication, it definitely feels like the show at least itself has a pretty clear idea of what it wants to be; A calm, relaxing and upbeat little adventure collection for Boruto and his pals. The issue though, and it is a big one, is that Boruto NNG (And yes that is what I’m calling it from now on…) just can’t seem to sell me (an audience member) on that whole vibe. 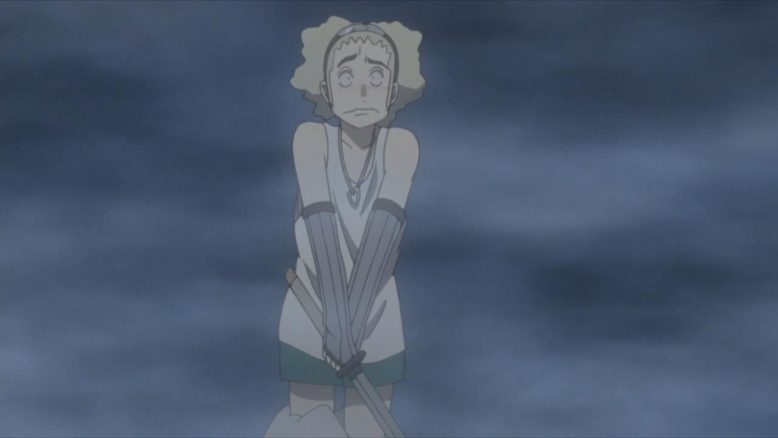 Its quite telling that I wasn’t a huge fan of this week’s episode, and a big reason for that is that it really did feel like the show more or less squandered the rather dark tone that had started to build up for the story. Denki being kidnapped was an opportunity for the show to do something interesting, but much like in the early first cour, the show just went ahead and resolved the issue rather quickly.

Instead of the Denki situation having any sense of gravity at all, we got a quick little bout for Boruto and his friends to basically kick some goon butt before bed. The reveal behind Kagura’s so called darkness itself, which followed soon after, was not only rather bland, but was done in a rather boring way. Here’s the thing, in the hands of a talented writer, even a children’s card game can be a tension filled exciting source of entertainment. Its weird down time like situations, where characters are doing things you wouldn’t normally see them do, that can lead to some new and profound discoveries. 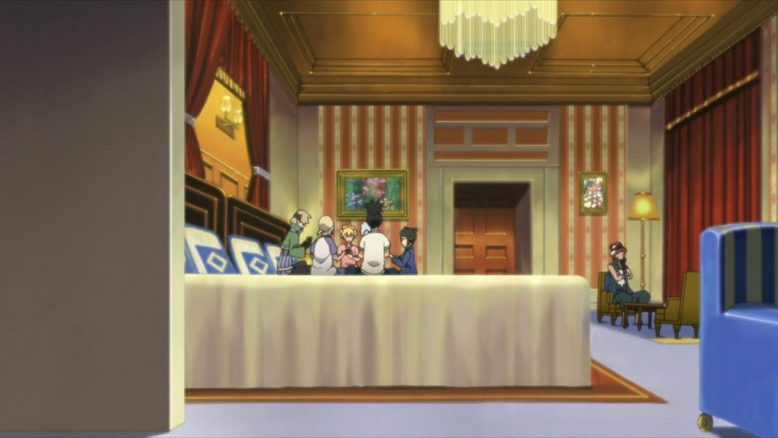 Iwabe’s got the right idea here. He refuses to be associated with this dumb scene.

But the “Shinobi Bout” card game is really nothing more than an excuse for a big exposition dump from Kagura. Kagura and the boys are all talking, talking about his Ancestory, about the village, about how isolated Kagura made himself, but the scene lacks any heart or emotion. The whole thing feels really bland and phoned in, and this coming from a franchise which used to make people cry with its sad flashback sequences. I shudder to even mention stuff like Gaara’s backstory, or any of the other seminal moments in the franchise, because Boruto isn’t even playing in the same genre, let alone continuing that trend forward.

And yeah, I get that the whole point of the scene was for Kagura to get some serious dose of compassion and friendship from Boruto and the rest of the Konoha boys, but it just doesn’t work if there’s nothing interesting there. And honestly, I can only blame the writing here, as the animation, the voice acting, everything else, is pretty darn fine when it comes to the show. Its the writing that just continues to fail and bring the whole show down a level. 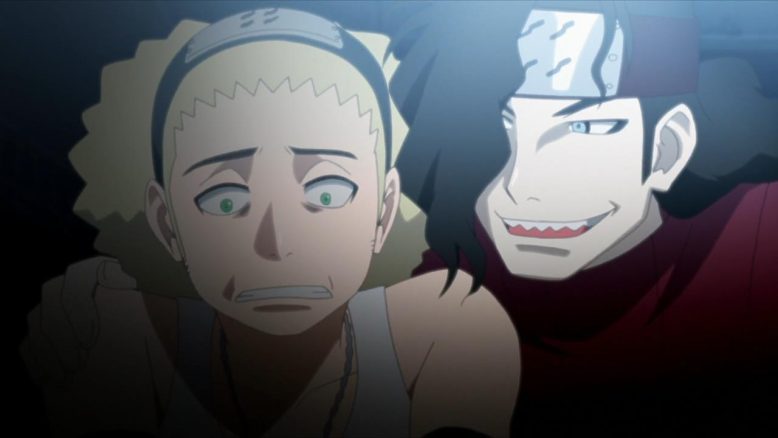 And it says something when even Shizuma killing someone (or hurting them?) off screen doesn’t even make me remotely flinch or care. Any coolness that Shizuma has is undermined by the fact that he’s just basically messing with his own lowly henchmen, like a cartoon villain.

Boruto as a whole feels like a children’s cartoon this week I guess, and that’s probably why I’m so miffed. And yeah, I get that, that particular notion is nothing new from me and this show, but it’s still just disappointing. 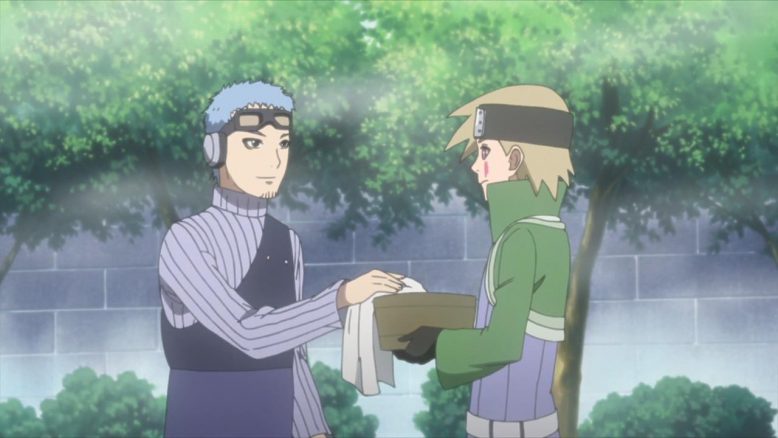 Every week I feel like there’s some tension between what the show itself wants to be, and what I want it to be. The show wants to be a kid friendly version of Naruto, and its heavily going FOR those very same kids. Boruto as a show is not being aimed at fans of the original Naruto franchise, or even slightly older kids and teenagers, but at the same time, the show has a certain strand of DNA and some franchise heritage that it keeps tapping into. Its whenever Boruto NNG feels like its going back to the franchise’s roots, that I get excited, and its at that point, that I think Boruto NNG wins and ultimately beats me down soon after.

And here’s the thing, I think I’m at least partially feeling like I can stick through whatever mediocre offering that this showing is giving me, because I like the characters, the world and the potential that this show seems to flaunt at me. I suppose I just have to adjust to what the show is, not what I want it to be.