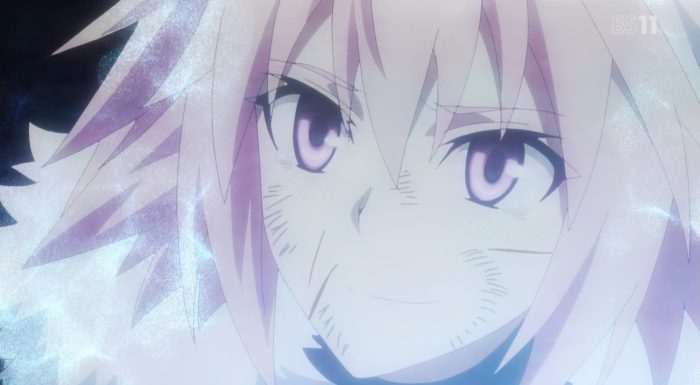 As a whole I really did enjoy this episode. It was nice to get back to this series after a week off. There were some nice surprises that I really didn’t expect. The plot has also kind of stepped into a clear next phase. The standard setup of the black team vs the red team is basically gone. A lot of servants have gone down anyways, but also the status quo has shifted. Most of the red masters are basically out of commission if not dead anyways. Darnic is dead and with him leadership of his family is shifting to the next generation. And of course the obvious change is Sieg becoming Astolfo’s master. Now that gives him the strength to negotiate with the Yggdmillennia family. There is a lot riding on those negotiations. 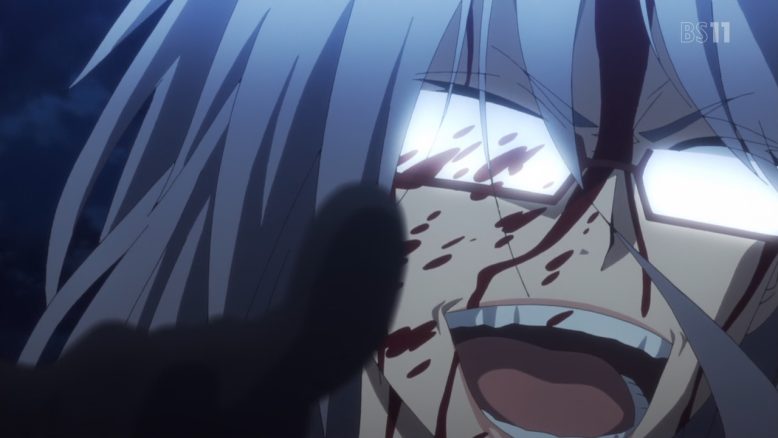 Well….at least this shut her up.

Honestly what gives me the most mixed feelings though is how Sieg became Rider’s master. A lot of events in that situation have me mixed on them. First…why the heck was Mordred there? She ran off before Spartacus went nuclear. I’m not sure she had a reason to walk back there to help out. Was that area really on the way to the flying fortress? Even if that was the case…why did she kill Rider’s master but leave Rider alone? Sure there is the logic that Rider would just disappear on his own, but why risk it? Not like ignoring Fran didn’t cause some pain for Mordred before. Maybe Mordred was given a lecture or maybe Mordred simply calmed down after getting overly heated during those fights. It’s hard to say since she didn’t say very much and just walked off.

The other issue for me is that Rider’s old master….was utterly worthless. I mean really why the heck was this person chosen to be a Master!? It’s not like they ever did anything interesting with her. She was an unstable and borderline insane sadist when the show started. Then she went and died without much character growth or change. It feels like she just existed as a placeholder until Sieg could become Astolfo’s master. Not that I’m against that development. These two have been connected since Astolfo saved Sieg. They should make for a pretty solid team. All the more so since for the time being it seems like Sieg can tap into the powers of Siegfried when pressured. I just wish that Astolfo’s original master wasn’t such a weirdo. 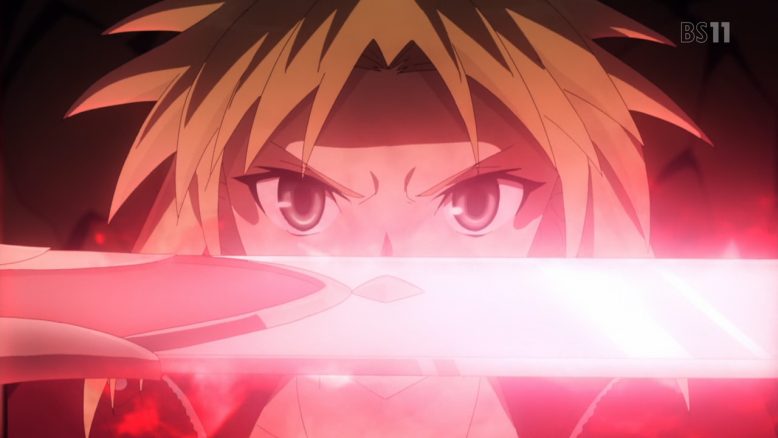 Returning to being a likable badass.

The key right now is that most of the power rests with Shirou. This guy possesses the greater grail, has a flying fortress, an army of servants and a lot of command seals. Sure most of the red servants aren’t eager to do what he wants, but they aren’t all ready to pick a fight either. Especially since Karna is taking a middle ground stance and holding off on a fight. If he’s not willing to get involved against Shirou then that makes everything tougher. For now though we’ll have to see what Shirou’s exact plan is. He talks about helping save humanity, but look at what he did to the red masters. Hard to trust someone who is willing to do that kind of thing to further his own objective.

I’m curious how the teams and factions are going to play out here. Caster decided to join up with Shirou. Hopefully this doesn’t all involve killing his former master. Chiron seems amiable to cooperation against Shirou and should be someone that Jeanne can rely on. But the bigger issue if what Yggdmillennia will do. They are pretty low on servants now. Honestly all they really have to work with is Chiron himself. If they cut a deal then Sieg and Astolfo could be willing to cooperate with them. And a positive is that Jeanne at least likes Sieg and should be willing to cooperate for the sake of stopping Shirou and ending the rule breaking. No matter what she wanted for Sieg…his destiny is on the battlefield. 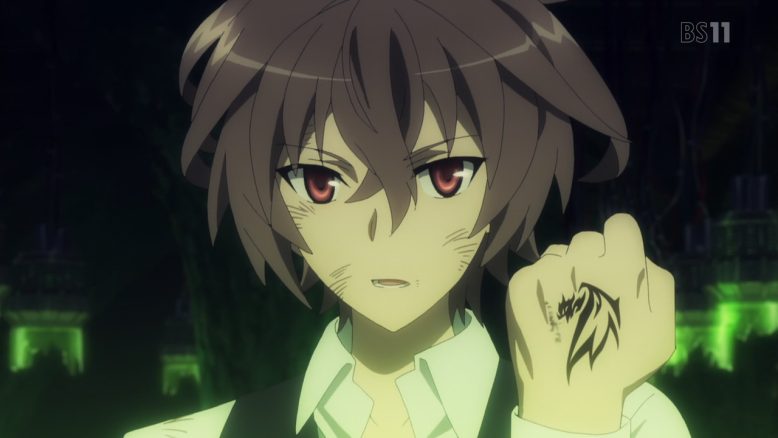 The new status quo should be interesting to see. And I like that Jeanne while needing to put down Shirou isn’t ignorant of the appeal of what he is after. Of course salvation for mankind sounds really darn good. But it is also fair to say that you can’t really trust this guy. What he’s willing to do to his ‘allies’ is questionable at best. And so long as we don’t really understand his exact plans for salvation…I’d rather not put all my chips in that pile. At the core of it Jeanne needs to bring him down or she’s just breaking rules herself.

What I’m most curious about is seeing the continued negotiations for Sieg. He has some nice chips to play and might be able to at least secure freedom of choice for his people. Most would probably be fine continuing to stay where they are. Considering the lack of lifespan for homunculi, that might be best. But they want options and choice. That is something I think Fiore who is basically the head of the family now will be willing to give. They aren’t getting their batteries back regardless. That will result in a fight if they try to force them back in those tubes. So the better option is talking things out and creating an alliance.