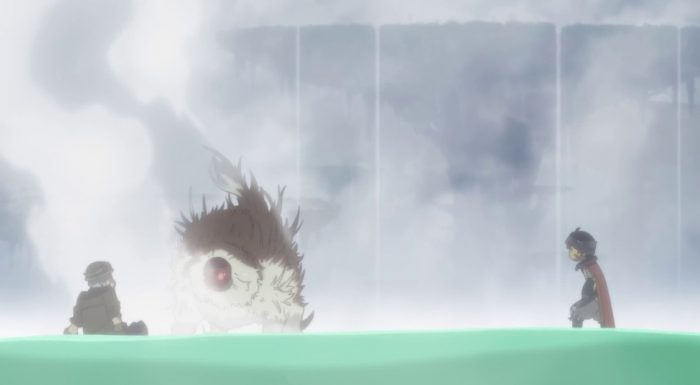 As the season comes to a close Made in Abyss is also approaching the end of it’s run, and as a reader of the manga I still am having trouble wrapping my brain around what is going to happen if there is not a second season announced (or at least a split cour). We are so immersed in the thickness of the narrative at the moment, and there is a supremely crucial, detailed and intricate arc coming up. So intricate, in fact, that I cannot fathom how the series could take any step into the arc on the one hand and leave it unresolved, but at the same time, even if it were to avoid stepping therein the story itself would also be unresolved without a continuation. It’s … an odd and disjointed feeling to be sure.

Coming to the events of the episode at hand the focus has primarily been on Reg and Nanachi – poor Riko is still bedridden with her body fighting off the orbed piercer poison with the assistance of purple abyssal parasitic mushrooms while being gummed and drooled on by Mitty, which Nanachi assures an understandably nervous Reg is a sign of Mitty’s affection for Riko, and adds that she was surprised Mitty took so quickly to Riko proper. And speaking of Riko, other viewers, forum posters and even fellow bloggers have mentioned that they have liked the variation in narrative focus swinging onto Reg and Nanachi with Riko out of the picture, which, while interesting, is not something that ever occurred to me while reading the manga. I wonder if it’s in part due to the different medium? 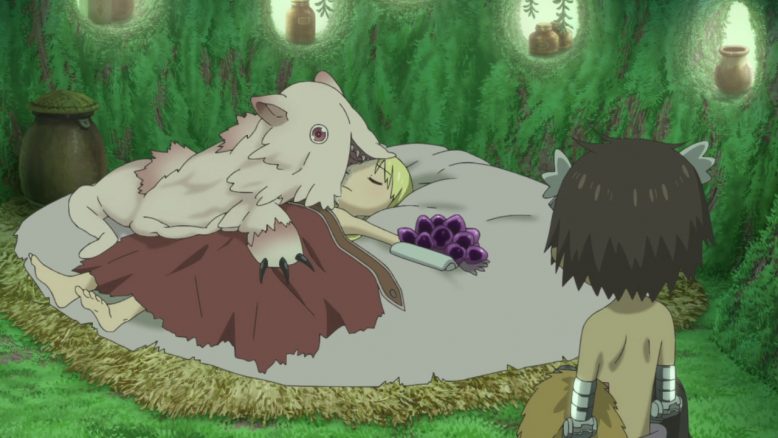 In any event we are shown some very … eerie and perhaps even unsettling scenes in this episode that do revolve around Riko, and presumably involve Mitty. In some way, shape or form while Riko is unconscious a part of her is “awake”, finds herself alone, perhaps even imprisoned in the dark, and is aware that a something (or perhaps a someone?) is observing her with an eye through what looks like a hole in the wall – perhaps who is also in some way imprisoned. Presumably this is Mitty, and some part of her consciousness as a human … err … remains to some degree on the one hand, but on the other hand is … aware? conscious? of Riko (as Nanachi indicated) and is interested in her. But what I found most interesting was how Riko responded. She brought her eyeball right up to the hole and touched her eyeball to the other eyeball … as a way to communicate? 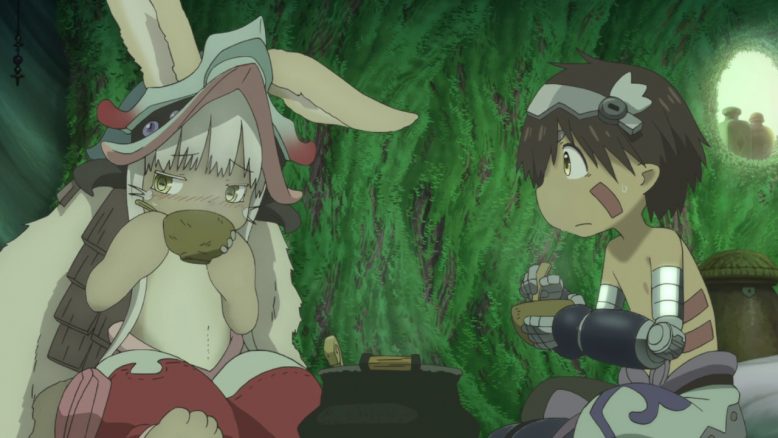 The entire sequence of Riko and Mitty’s interaction was quite striking and even … “abyssal”, if I can use the phrase. And speaking of “abyssal”, in this episode we are given a poignant summary of the effects and draw of the Abyss itself on the souls of others: “Longing seizes people more powerfully than poison and more deeply than illness. Once it catches hold of you, there is absolutely no escape. That is quite a curse, and yet adventurers all willingly devote themselves to its pursuit. For them, a life without longing is more terrifying than death itself.” One can absolutely see this to be true most especially in the “successful” children of the Abyss we have seen thus far – and particularly in the White Whistles … and to a smaller degree I would also argue in Riko. I am not as convinced yet that this same “core” drives either Reg or Nanachi, though.

Anyway, back to the story at hand Reg, while agonizing over Nanachi’s cooking abilities (or lack thereof) is able to ferret a few more bits of information about the Abyss and the Curse itself from her. The curse is stronger at the center of the shaft and weaker towards the edges of the Abyss (which explains the location both of Nanachi’s abode and the Seeker Camp), and is described as a sort of “force field” of some sort that is difficult to “go through” (whether one is going downward or upward), almost like an thickish invisible layer of saran wrap? The Curse of the various layers, though, happen because the underside of the force field/saran wrap has something like razor sharp needles or teeth that cause the damage on humans documented in the earlier episodes. (If this is so it certainly explains why the White Whistles wear something akin to full body armor.) 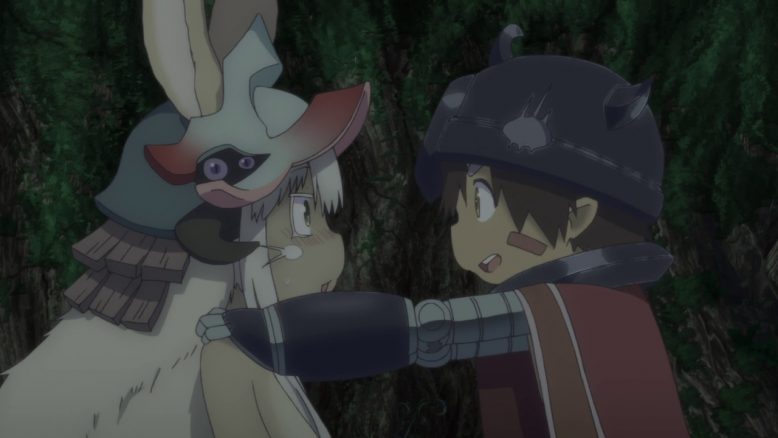 The episode ends with something very out of the blue, and presumably as a result of Nanachi seeing Reg has the firepower of the incinerator (he uses it to drive off the orbed piercer that was attacking a Black Whistle Cave Delver who was “passing through”). Nanachi implores Reg to … kill Mitty. Which produced a “Wait … what? o_O” moment in many a viewer as well as in Reg himself. I am very, very interesting to see how the series is going to wrap things up with next week’s hour long episode … no doubt Riko will be waking up somewhat soon (at least I hope she will), and how the series is going to resolve the immediate and long term questions and issues are something I really want to see! ^^