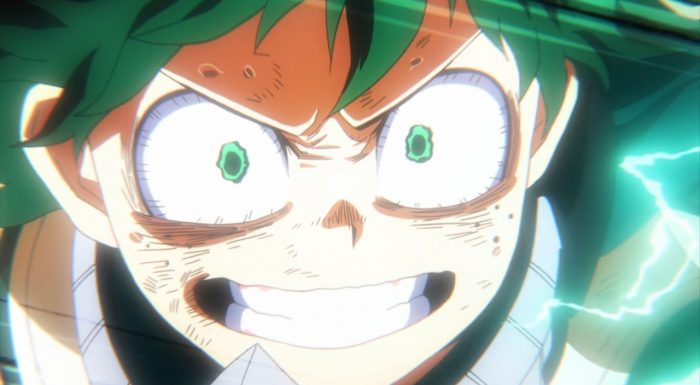 That was an episode well spent. As one would expect the whole episode was about Deku and Bakugo vs All Might. They key really is the “and” since there is just no way they could possibly handle this exam without cooperation. Of course they also very much needed All Might to give them the very occasional tip or break. He was putting in an effort and wasn’t just giving them all the time in the world to make their decisions. I’d still say that Aizawa was the most generous teacher in that respect. But All Might definitely slots in behind him. He did give them chances. Although part of the story is that…All Might is getting weaker. We could see that steam coming off him showing how he couldn’t keep it going. That’s just a sad reality that currently exists. 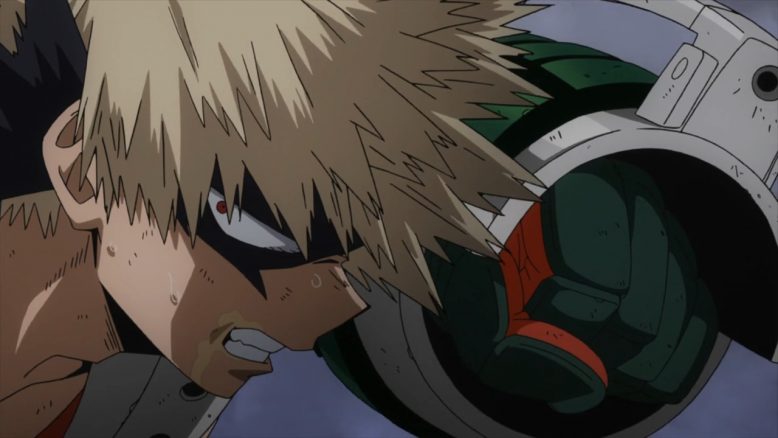 You can just feel the cooperation

What I do like is how both Bakugo and Deku had to learn or grow in some way to get through this. They were both right and wrong at different points during this test. Of course Bakugo was simply wrong about being able to beat All Might in a straight up fight. It is true that heroes have to overcome critical situations, but that doesn’t always mean winning the fight. Of course it was also fair to say that they couldn’t simply run for it wildly and hope for the best either. Even with those weights All Might has some darn amazing speed. Of course I’m sure Deku would have been up for discussing strategies earlier….you know if Bakugo’s first response to his ally’s concerns wasn’t punching him in the face!

The key was getting past at least some of their issues. Bakugo had to at least figure out how to cooperate with Deku on the most basic levels. It was fair for All Might to say “great, but working together is the prerequisite for this exam.” Just doing something that basic took some incredible effort. The good thing with Bakugo is that he is smart. When his attack utterly failed he did at least accept that beating All Might wasn’t an option here. He needed time to accept that they should run and not give up….but hey he got there. Bakugo showed some improvement in lending his gauntlet to Deku to create a good tactical shift in their combat abilities. Sure they needed more than just that, but going that far was huge for him. And he did push his body to the limit for this. 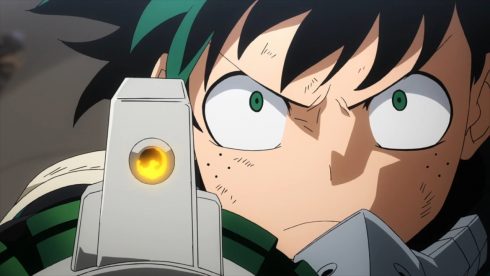 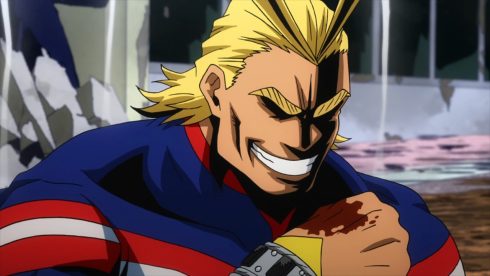 Deku as well had to continue tackling a common issue for him. Gran Torino made the point that his admiration can be like shackles. Of course it is extremely difficult for him to consider All Might beatable. This is the #1 hero, his idol, and the person who has the same quirk as Deku. But All Might is someone who has mastered that quirk and even in his condition can bring out unbelievably more power than Deku at this point in time. But even with that taken into consideration he can’t just presume it is hopeless. In this case someone like Bakugo who is smart and unbelievably determined was useful. They are both smart, but Deku’s admiration cut him off from imagining avenues for victory. Not that Bakugo doesn’t have his own sense of admiration, but he’s used to channeling that into a drive to win.

And they had to really give their all to pull this off. Of course I’m not surprised that All Might was quick to escalate things when he saw how far Bakugo was going. He’s learned enough from how he encouraged Deku’s recklessness earlier in the season and is growing. It isn’t just about the students learning from the past, but the teachers as well. It was nice to see that super attack that he was forced to use against Ochaco brought out again here. But I also liked how All Might didn’t want to let Bakugo hurt himself for this test if possible. Though his efforts to stop that involved knocking his students around quite a bit! 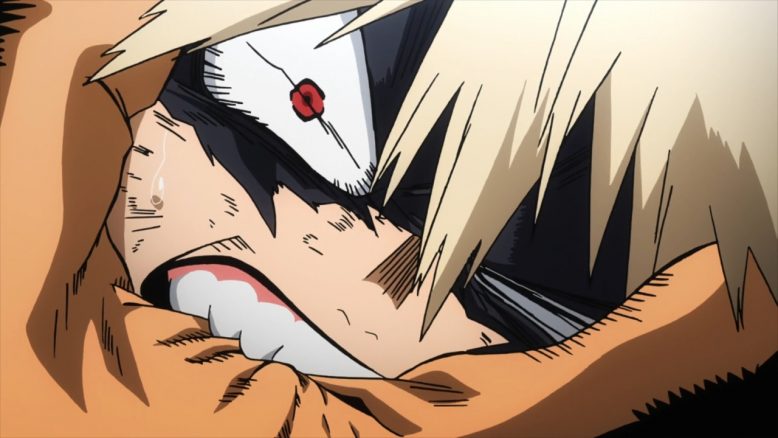 You can rarely say Bakugo is lacking in persistence

In the end I’m glad to see the growth from these characters. Of course there is a long road for Bakugo to redeem a lot of his prior actions, but he is at least moving forward. This kind of test was important if only for him to learn the importance of cooperation. I’m sure mentally he understands the concept, but his personality makes cooperation difficult in general. At least if he can work with Deku he has the potential to work with just about anyone. There are mixed feelings and frustrations on both sides and they can’t easily resolve them. But at least they didn’t let their pasts ruin the present. And also a fair point for All Might that of course Deku is growing faster. Someone starting from further back is going to make more obvious growth than someone who has been growing steadily over time.

While the exam was key we can’t ignore the League of Villainy. Finally some of the people we saw in the previous episodes have made their way over. It just isn’t a good thing for everyone else in the world. At least Tomura was handicapped by being a child and struggling to draw in competent allies. If he starts getting actually skilled threats to join up with him….things are going to get rough going ahead. But will have to see how next week turns out. We’re not done yet!