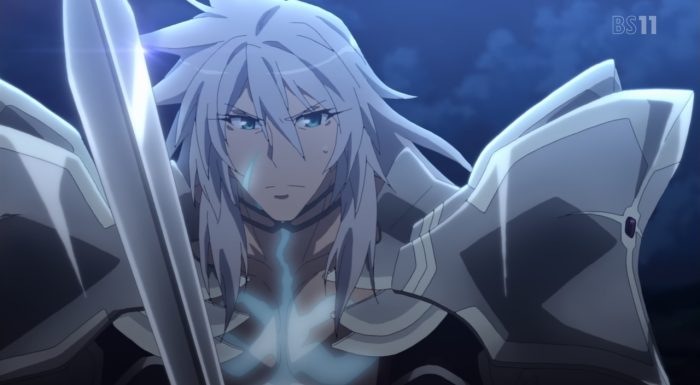 The war was really going strong in this episode. Mordred really just created all sorts of chaos thanks to inserting herself into the larger battle last episode. Rider is pretty lucky to still be alive right now considering everything that happened. Unfortunately Berserker won’t be as lucky and passed on in this episode. They did a nice job with the twist about her apparently dying earlier in the fight only to appear later on. Unfortunately there is no chance of her surviving that suicide attack. Sadly she hadn’t seen any tv series while hanging out in that castle. Then she’d know that suicide moves almost never work…It was a valiant effort though and I salute her for that. This was just a case where she was outclassed and didn’t have a great noble phantasm to rely on. Anything that requires you to die to be effective is of questionable use. 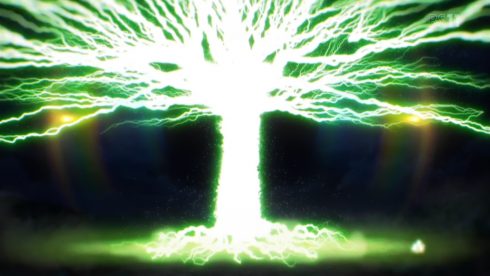 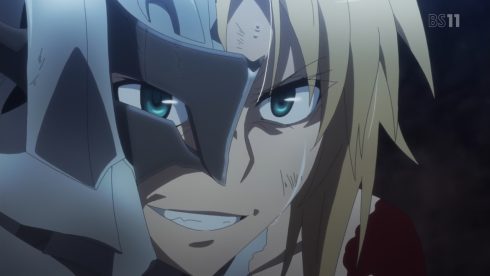 There is a lot to unpack just from this episode. I did like how we basically stuck to the Sieg, Astolfo, Mordred, and Berserker fight. It was a pretty dramatic one and did a good job making me pull for the Black Faction. Mordred is a beast and certainly doesn’t have any qualms about wiping out anyone in her way. Not a bad policy in general for a war, but it is hard to cheer for her. The underdogs are just more appealing in this scenario. It is just kind of sad that Berserker gave her all and basically simply forced Mordred’s master to use a command seal. That is a cost to pay to be sure, but in the end it made her sacrifice almost meaningless. Not entirely so, but it will be a massive hit for her master. He’s out of the war and didn’t beat anyone.

Of course it isn’t just that guy who is having a rough day. Mordred’s master has had to use multiple command seals in this fight. Not the worst idea when you think this one battle could be that important, but he’s now only down to one. That’s going to be an issue with plenty of war still to fight. At least Astolfo’s master has basically avoided using those for anything really. Not sure I’d want to see that lunatic using command seals for anything, but it is still an interesting difference. 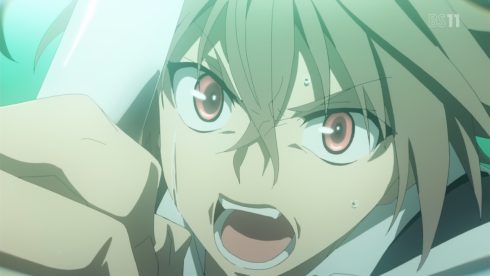 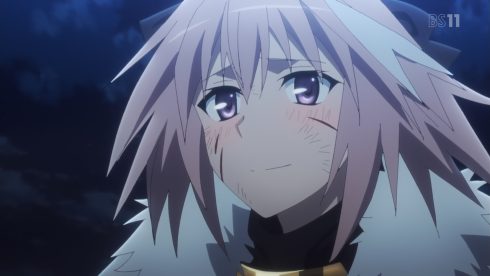 It wasn’t a surprise to see Sieg finally gain the powers of Siegfried, but it was a great moment. The timing was pretty darn good. Berserker was down and there wasn’t a chance that Astolfo could last for very long. For a pretty fresh life he was pretty badass there. Of course Siegfried isn’t a pushover so gaining his powers made a massive difference. He probably can’t hold that form for too long, but it should be long enough. That may also depend on everything else going on in the battle though.

Honestly I’m hoping those homunculi Sieg helped don’t run into Jack out there…What a crazy person that you really don’t want on the battlefield right now. She is utterly a wild card and extremely dangerous to everyone in her path. It is just another reminder how her ‘mother’ isn’t really a master since they have to use a phone to stay in contact XD. Of course wild cards could also include Jeanne who is still trying to chase down that Priest without much success. I’m guessing the reason that he could get back to the flying fortress without Jeanne intercepting was because they used Spartacus. Talk about using whatever is at your disposal…I’m sure she’ll keep trying to track that guy down to get answers, but it won’t be that easy. 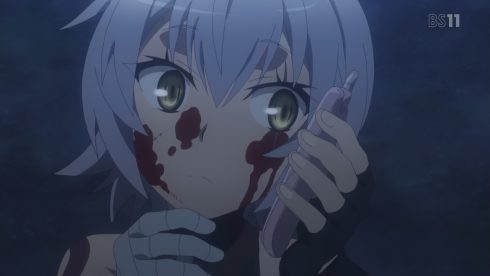 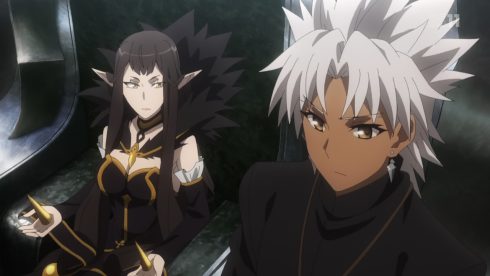 I wonder if Astolfo is going to start getting a complex with how many times people on his side end up dying around him. First we had Siegfried’s sacrifice play, then Berserker’s suicide attack on Mordred, and even Sieg ended up getting stabbed by Mordred while trying to save him. Things are pretty chaotic in this war that is for sure. Although that is a given when you have so many individuals clashing and trying to defeat each other.

The Black Side is going to have a rough recap by the end of this battle though. It isn’t as if Sieg is joining them, he just wanted to protect someone who saved him. They also lost their own Berserker in this fight and even their stash of homunculus have run off. Things are getting a bit messy. They still sort of have Spartacus under their control, but their forces are dwindling. Even though Vlad is pretty darn OP in this setting it is looking bad for them. Maybe Darnic’s plotting has some benefit for them. 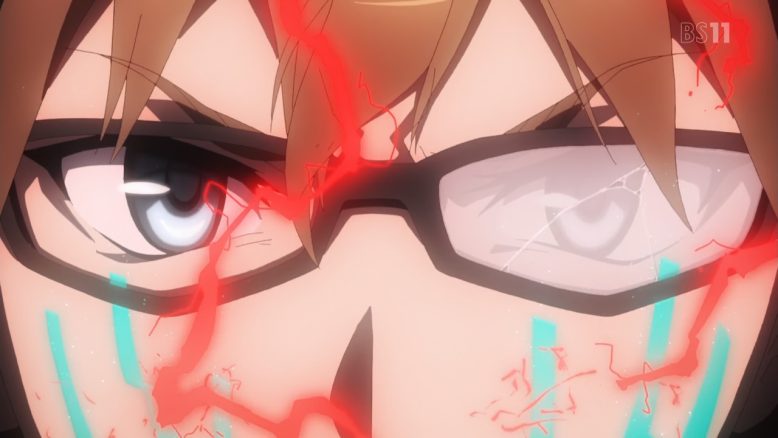 Cool moment….too bad about the result

If nothing else this was a pretty entertaining episode. We got a lot of action, there was some real consequence in losing Berserker, and we got a good feel for how strong various characters are here. Here’s hoping they can keep the excitement going for a good while. At the very least we need to check in with Jeanne and we know Chiron vs Achilles is still going on as well. We’ll have to see what actually ends up pausing the fight since I can’t imagine we can keep this one single battle going for another season.