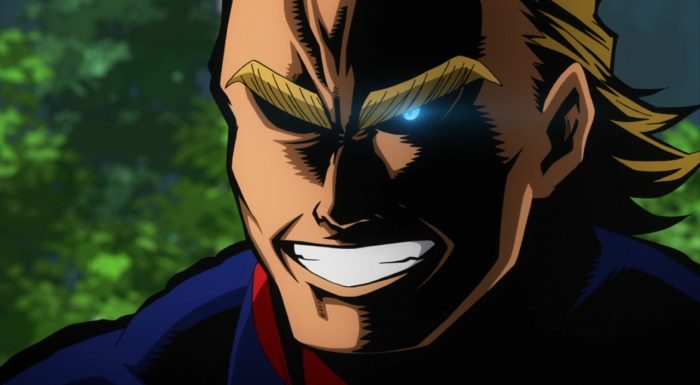 No doubt the last few episodes for this season will be pretty fun to watch. This isn’t a threat on the level of the Hero Killer or the League of Villains attacking. There isn’t a risk of the characters getting killed by someone who wishes to murder them. What these episodes provide though is a serious challenge for the cast to overcome. The first match against Cementoss was a good example of how hard this really is. Honestly going first is the worst thing for this kind of test since you really do need to see how high the difficulty is. But, that is sometimes how tests go. It is roughly like the practical tests for a music class exam. Sometimes you just have to go first even if you wouldn’t want to. A rough break for Kirishima and Sato, but they also made poor choices. 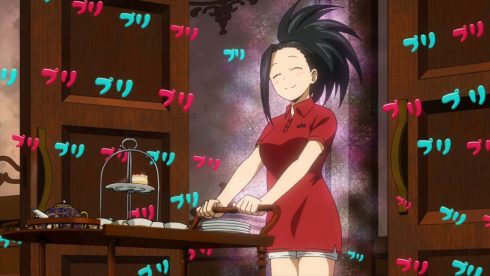 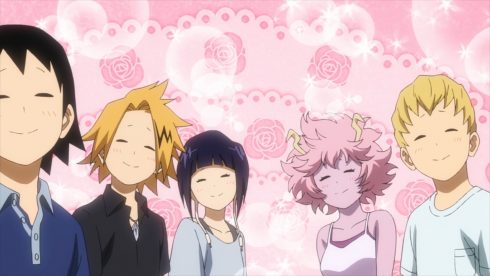 There was some fun elements to this episode and most of them revolved around Momo honestly XD. It was kind of adorable how hyped she was in having classmates visit and helping them prepare for the exams. The reactions were great as well. They could see just how bubbling with excitement Momo was and couldn’t even feel bad about her indirectly showing off how wealthy she is! Momo is just a sweet character really. It makes me feel for the arc she’s had so far in this season with her confidence taking a hit. That was something you could easily see in this episode with her not feeling confident about the practical exam. Here’s hoping she’ll find a way to regain her confidence since she is facing off against Aizawa here.

It is a good thing she helped since some of her classmates were pretty shaky going into the tests. Somehow it is just fitting that Kaminari is ranked at the bottom of the class. While straight up test scores aren’t a perfect representation of intelligence (see Mineta’s ranking) Kaminari does make some stupid decisions. With how his brain shorts out when he uses his quirk too much he should be more cautious and yet you could see him at various points just going all out without considering the state it would leave him in. At least most of the students who needed help were smart enough to seek it out. Even Kirishima turned to Bakugo who surprisingly was fine with helping him out. He’s not exactly the most cheerful of tutors but…if it gets the job done that is ok. 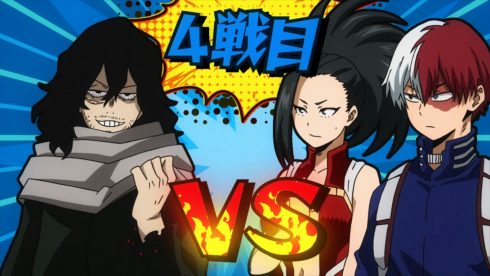 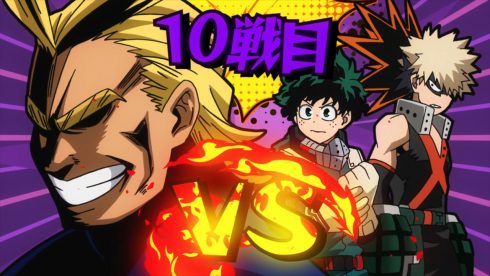 Some of these pairs are pretty interesting as are the matchups. The first match had two people who aren’t great at extended fights and don’t think things through facing against an endurance fighter like Cementoss. Those weights were basically meaningless since Cementoss didn’t have to move! They should have considered their own weaknesses and not rushed him. Make him have to move! He’s incredibly strong in that kind of location. They should have either forced him to chase them or move the fight to a location that wouldn’t be as good for Cementoss. But they didn’t do any of those things and thus they lost pretty easily. All Cementoss had to do was wear them down and capture them. A good lesson for the other students though. Particularly Deku and Ochaco.

I feel for both Deku and Ochaco in this. Deku has to not only face his idol, but also pair with someone he has a horrible history with. Bakugo is smart, strong, but he’s stubborn and a jerk. He’s not even thinking about working with Deku here. Ochaco has it pretty bad as well pairing off against a narcissist like Aoyama. That’s a hard guy to work with since he’s not that smart. Maybe Ochaco should just sacrifice him and run for the exit herself…But really all of the pairs have some interesting aspects to them. It will be fun to see how the various characters succeed or fail at surpassing their weaknesses and their matchups. If we learned anything from this episode it is that the teachers won’t be taking it that easy on them. 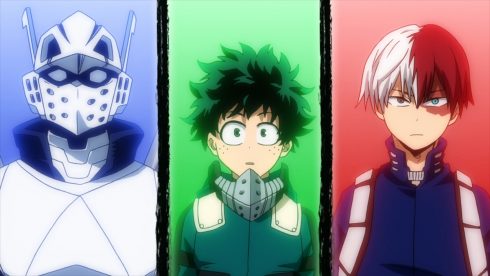 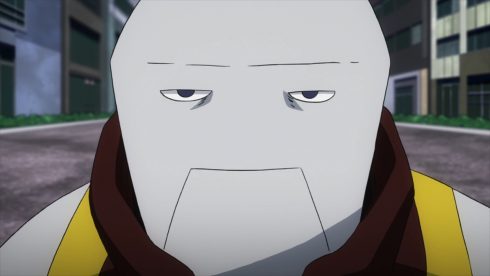 While it is a rough switch-up for the students, I do think the teachers are right here. With the last few incidents things are only going to get tougher in the world. And the USJ incident proved that these kids aren’t fully safe just because they are students. There is a need to make these kids stronger at a faster rate than normal. While the plan would always have them ready to at least become sidekicks after they graduate, that isn’t fast enough. In the end UA has a target on it because of its reputation. They have to step up the teaching and get these kids at least prepared for unfavorable situations. And for that purpose this test is a pretty good one. Let them face off against someone not in their league and see how they deal with it.

No idea how many pairs are going to pass the test. Hopefully the lesson has been learned though by the other students. This isn’t going to be easy and they have to approach it intelligently. The focus shouldn’t be on their scores, but just passing in general. I’m excited for the next episode though. I think Todoroki and Momo will have a serious challenge on their hands. Of course they have the ability to pass, but they have to overcome their flaws. I think Todoroki is already on the path to overcoming his own flaws. He learned how tough it is to face someone overwhelming during the fight against Stain. Hopefully Momo can regain her confidence since this isn’t an exam that can be passed with a lack of self-confidence.