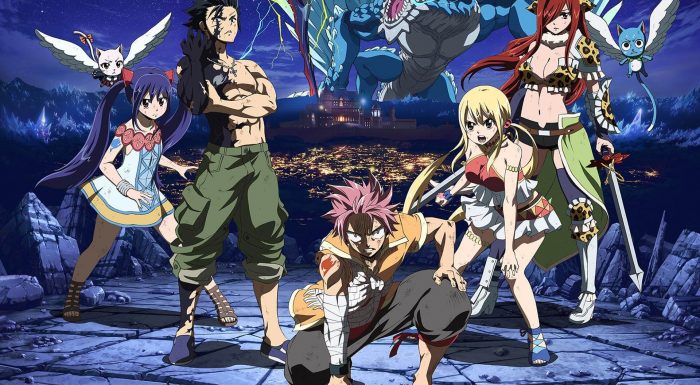 Fairy Tail is best known as the little shounen franchise that could. While the franchise, created by mangaka Hiro Mashima (of Groove Adventure Rave fame), has never quite taken to the heights of dominating shounen franchises like Naruto, One Piece or even relative newcomers like Boku no Hero Academia, the manga and resulting anime adaptation have developed a pretty sizeable and hardcore following none the less. Fairy Tail may not be huge, but its popular enough to garner not one, but two anime movies. “Dragon Cry” is the second of the two movies, having been released in Japan in early 2017 with a small theatrical American release in the summer of the same year. 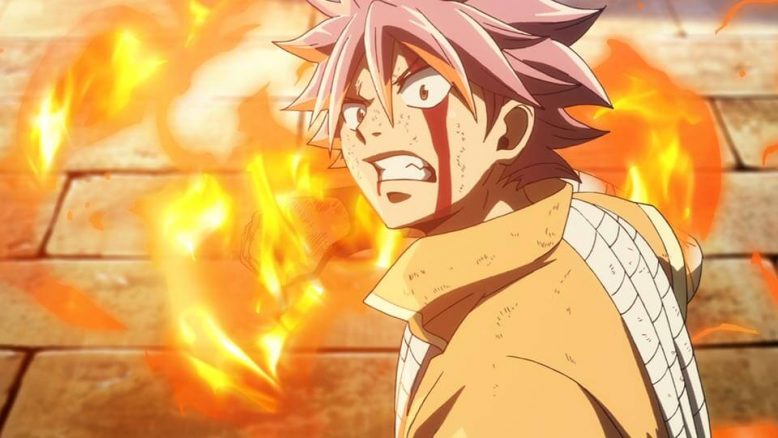 This review is actually based on a viewing of the limited theatrical run (via Funimation Films) and the subtitled Japanese audio version specifically. I say that, because if you’ve followed any coverage of Fairy Tail over at Anime Evo, that’s always how its been for us here, as we’re not really part of the dub viewing demographic of the anime audience. So… In many ways, Fairy Tail – Dragon Cry is the one opportunity that fans of the franchise have had, since the second series ended and before the advent of the final season in 2018. The big question of course, among fans eagerly awaiting the continuation is whether Fairy Tail Dragon Cry is actually worth a watch, and whether its got anything important to give fans before the eventual third series comes in and wraps up the story.

The answer to that question is honestly a sad one, as Fairy Tail Dragon Cry is an entirely skippable part of the Fairy Tail story. Its loosely set somewhere after the end of the second series, and really feels like a weird side story that may even be outside of cannon, in the way its told. The first two series ARE required viewing, however, as there are key plot elements, particularly from the beginning and end of the second series, that play a huge role in the story of Dragon Cry. 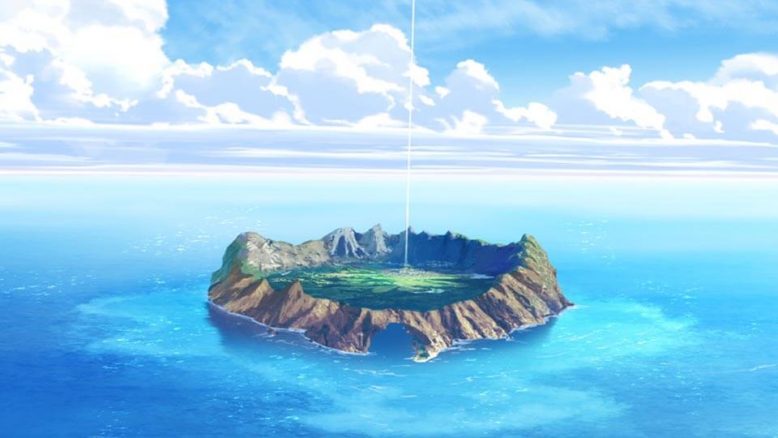 The movie makes the clever move of bringing out a side story of sorts from one of the major story arcs of the main Fairy Tail story, and ties it pretty heavily to what will be the eventual end game of the entire story. It IS all auxillary content though, and since you really don’t miss anything by skipping this movie entirely, then the worth of the movie really does turn towards one other specific point.

Is Dragon Cry a worthwhile piece of Fairy Tail content that satiated the starved Fairy Tail fan? Is there enough fanservice and cool moments in this movie, even if it is a largely self contained side story? The answers to those questions are, thankfully, a bit more complex, albeit still probably not what people are wanting to hear. Fairy Tail Dragon Cry isn’t a phenomenal movie, its not even a really great or solid Fairy Tail story, and its safe to say that the plot for the movie is pretty generic and cliche with a setup that I’d liken more to a good filler episode of one of the two anime series, than an actual stand alone solid story. 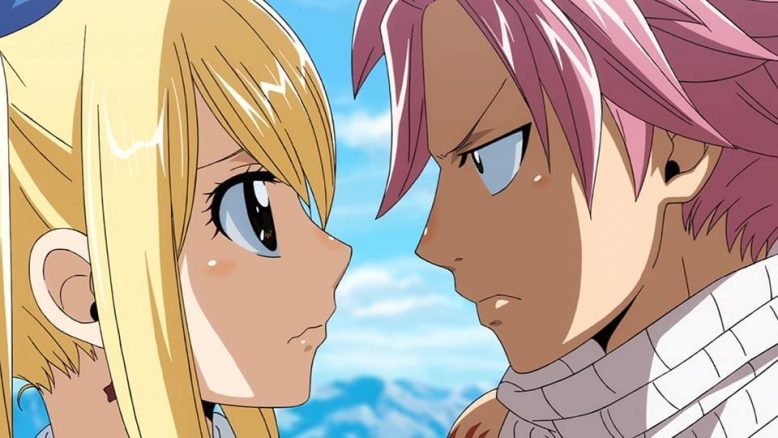 The story isn’t great, but what I think will make Fairy Tail Dragon Cry worth watching for hardcore fans of the series, is the little nods and fanservicey bits that are thrown inside an otherwise pretty average and unexceptional movie. The interplay between the characters, the weird humor, the feeling and tone of the world of Fairy Tail, those elements, the DNA of the franchise, are present in this movie and at the very least, should provide fans with a bit of a respite in the long animated drought that we’ve had in between anime series.

Natsu is still pretty much the same main character that he’s always been, complete with his varying power levels and “I’ll protect my Nakama (Comrades)” mantra in tact. Lucy, Gray, Erza, Wendy, Charla and Happy all feature quite prominently as well, with supporting appearances from Juvia, Gajeel, Lily and Levi. The main cast of favored characters is all here, and there’s enough of good moments for all of them to at least put a smile on any fan’s face. 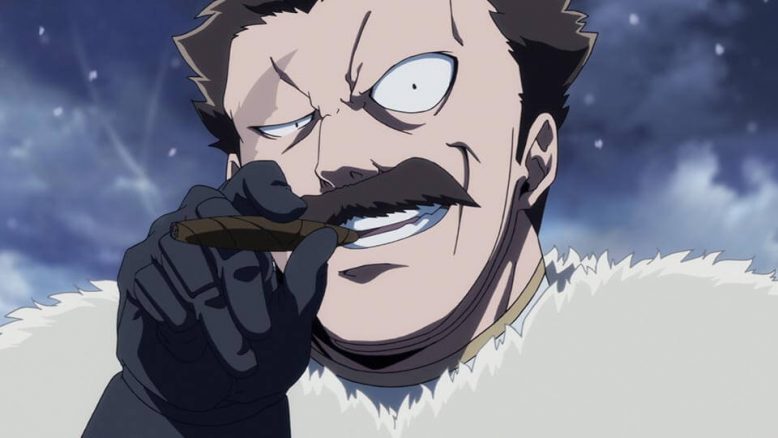 On the flip side of the franchise’s more established characters, are the largely uninspiring movie original characters that really do feel pretty cookie cutter. The movie as a whole doesn’t have a really solid villain, nor does it have a central character that really provides the emotional core of the film. Its clear that the Sonya character is meant to be the film’s “emotional core” character, but she largely comes off as a pretty generic, cookie cutter damsel in distress. The villains of the movie don’t fare much better, from the flat out moustache twirling Zash, to Three Stars which are flat out copies of some more memorable characters from the core franchise.

Leaving the uninspiring new characters aside for a second, however, The chief problem I think, is that Dragon Cry is a movie that very much feels like its going through the motions of a “typical” Fairy Tail story, and what the movie doesn’t do, is bring something interesting or unique to the table. There’s no major character development for any of the characters, there’s no emotionally resonant moment that really brings up the excitement, and instead we get a flashy set of battles, with a few quiet plot moments linking them all together. 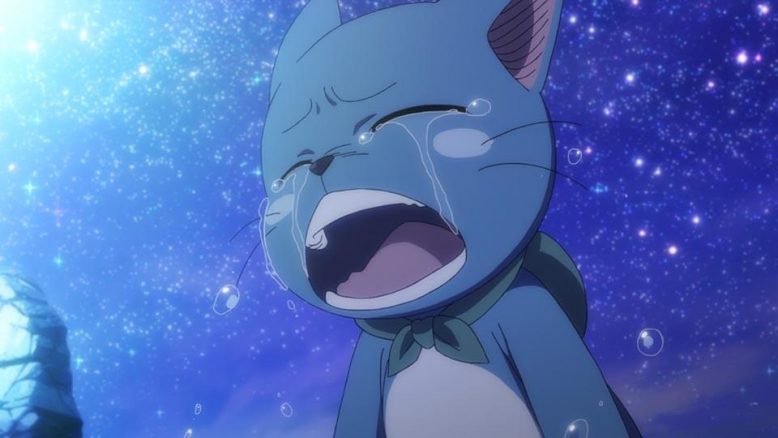 A secondary issue, is the fact that the anime movie flat out spoils some key elements that I suspect, are upcoming in the main Fairy Tail story that we’ll be seeing in the much anticipated third season. The movie is very much aware of what happened at the end of the second series, and even gives up a bit more than it probably should have with regards to some of the story’s most pressing mysteries. I assume that these spoilerific moments are meant to be the highlights for longtime fans, but I couldn’t help but feel like I was seeing something that I wasn’t supposed to, which definitely makes these reveals (both during and at the end of the movie) kind of bittersweet.

The other problem that the movie really suffers form, is a serious tendency to try and over compensate. Fairy Tail is a franchise that’s always been looked at with ire for its huge dose of “fanservice”, especially with regards to its female characters, and the show really goes over the top with the lewd, lecherous stuff in the movie. There’s waay too much of an emphasis on the sex appeal of both Lucy and Erza, and its done so much and so blatantly that it ends up just feeling awkward and uncomfortable, rather than anything more. The movie tries to balance it out with an almost excess of Gray fanservice, but even that ends up going a bit too far. 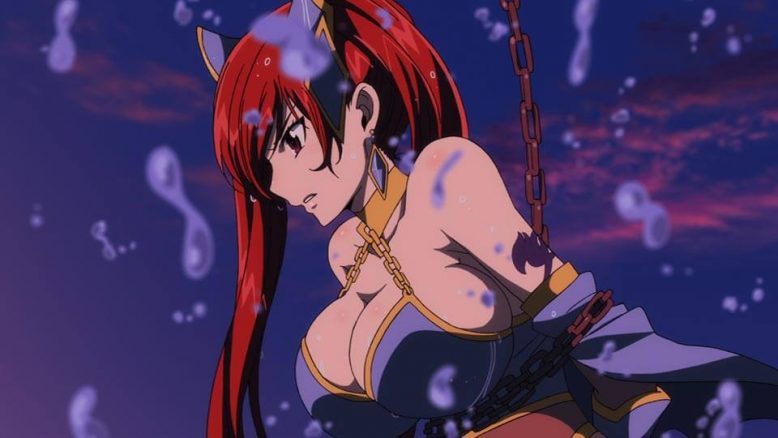 Much like the fanservice, the comedy itself can be largely hit or miss, with some moments being the classic Fairy Tail funny, while others being super awkwardly cringe-worthy. Happy continues to steal the comedy spotlight, while everyone else kind of fumbles along, with some nice hits and some really severe misses.

And since we’re talking about fan service, its also worth talking about the battles themselves. The action sequences in Dragon Cry are fun and sometimes even a joy to watch, but even that doesn’t come without its downsides. The animation for the movie, while not Second Series levels of terrible, is still pretty disappointing, especially given the fact that its a theatrical release, and should have come with a larger budget as a result. There are parts in the action sequences however, where the animation looks no more impressive than that of a good television anime series, and that’s disappointing to see, from an movie. 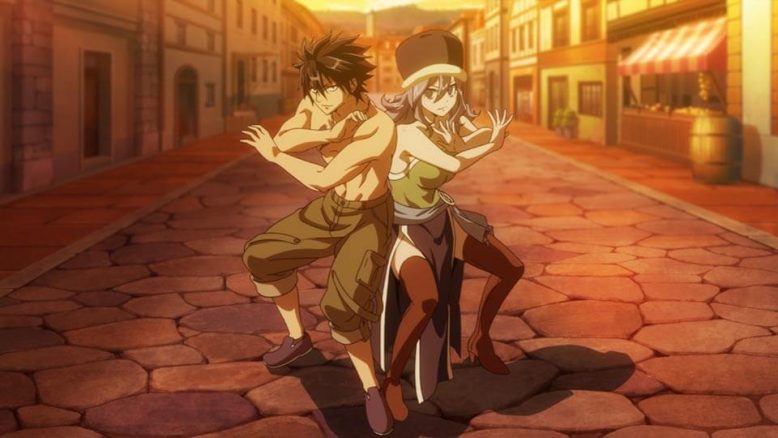 Anime movies can’t do what anime series can, i.e tell long, well crafted and deep stories. Instead of that depth, Anime movies have a level of presentation and spectacle that really make them something worth experiencing on their own terms. Its sad, therefore, that Fairy Tail Dragon Cry just can’t tout spectacle and presentation as highlight in its movie going experience. In a day and age where stuff like Sword Art Online Ordinal Scale and Kimi no Wa (Your Name) exist, Fairy Tail Dragon Cry looks pretty meek and shabby by comparison.

The two big highlights worth mentioning, are of course both related to the film’s audio. The movie feature a super, mesmerizing soundtrack, one that features an awesome opening and ending song, as well as some nice riffs on the classic Fairy Tail melodies that really have given the franchise and its animated worl, a real sense of identity. The movie also features great voice work, with all the classic Fairy Tail seiyuu making a return and providing stellar performances. Its a real treat in particular hearing Aya Hirano (Lucy), Tstsura Kakihara (Natsu) and Rei Kugimaya (Happy) perform in the characters they’ve really had a huge hand in making so popular. 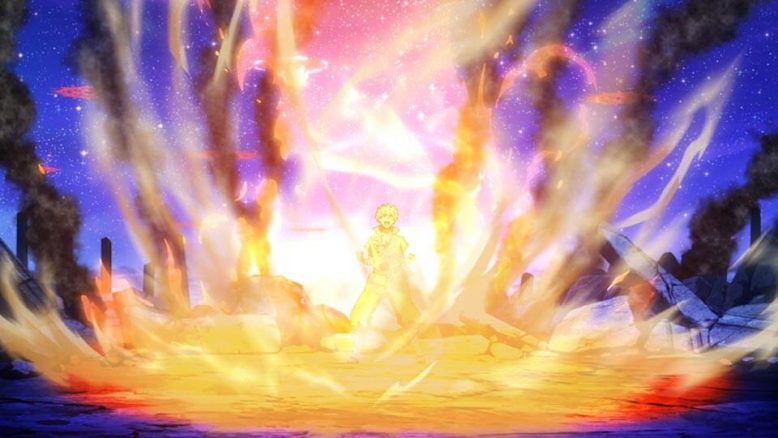 So yes, Fairy Tail Dragon Cry as a whole, is a pretty uneven experience, and one that probably only the most hardcore of series fans will even want to watch. There’s a lot of criticism levied at the movie in this review, and despite all of that, I think the movie is a decent, B-Grade anime movie. There’s a lot to nitpick of course, and since this really is something that was more or less made for hardcore fans of the franchise, its hard to not put it under a microscope.

Overall, the movie is actually not too bad, and if you’re willing to temper expectations, may very well be pretty enjoyable. Its not Fairy Tail’s best, but its definitely a nice reminder of both the good and the bad of the franchise as a whole.