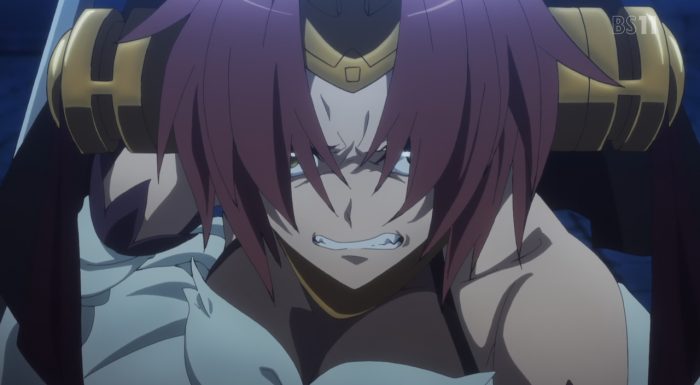 This was more of a setup episode for what is coming next. It kind of makes sense after getting a few little fights last week that this one wraps up with minimal combat. Next week should be pretty intense. We’re finally getting close to the scene we saw in the first episode. In that sense I’m glad since I don’t want that many spoiler visions and would appreciate surprises. We already know thanks to that episode that Sieg is going to somehow gain Siegfried’s power and fight Mordred in the next episode or two. There is also a good bet that Jeanne is going to fight whatever the heck Caster did to Spartacus. And we can predict a few matchups as well. So it will be nice to just get this massive battle going so that things are a bit more unpredictable. 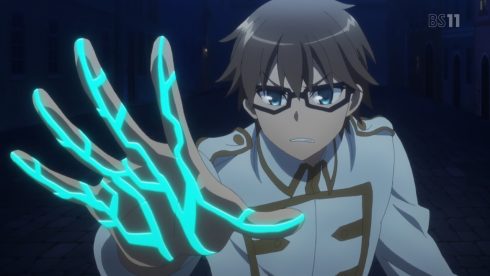 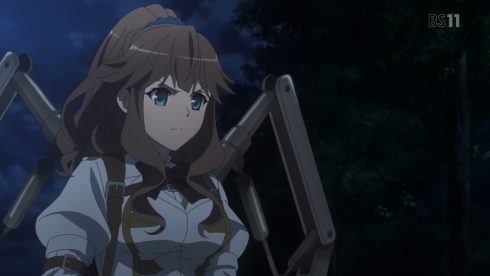 Not that the show will be completely hard to read. It was extremely obvious last week that Caules would come to his sister’s aid. Though I was a bit surprised at how pissed Fiore was about it. It’s probably something simple though. We already heard her talking to Chiron about how she’s better than her brother. So it’s probably a bit of pride and in relation to her disability. It could be that her pride as an elder sister suffers due to her brother’s ability and her own troubles. Such is life though. Not rare to have issues when it comes to family. In the end though I’m glad she was at least partially able to express her gratitude. He did save her life and if she goes down that doesn’t help anyone.

I do find it interesting how Fiore talks about how loyal they should be to Darnic and follow his orders to the letter. How does she intend to win this Grail War with that mindset? Does she believe her Uncle will honorably duel for the Grail after they put down the Red Faction? I find that rather unlikely considering how plotting Darnic was and how he got the greater grail in the first place. It is true that for winning a war acting as a unified force is an important element. But they shouldn’t mindlessly follow Darnic’s orders if they want to come out of this war alive. 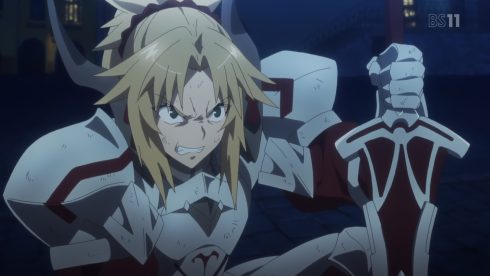 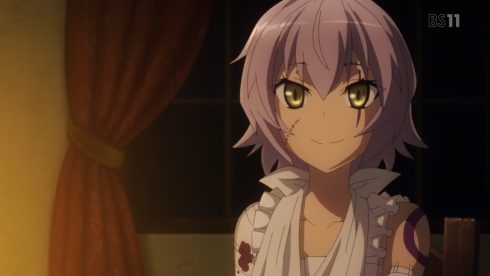 Feels like everyone could say that this mission was mostly a bust. Assassin wasn’t defeated, Mordred wasn’t defeat, and Chiron wasn’t defeated. No one lost anything in this skirmish. Jack lost her identity, but she offered that up so it wasn’t really much of a loss there. This was just another skirmish that let the characters get a feel for each other without changing things up too much. Maybe some property damage resulted, but that was about it. That doesn’t mean they weren’t relatively fun to watch though. And I kind of liked seeing Chiron start out confident in fighting hand to hand before realizing that was a really bad idea. He did get in a good hit, but Mordred was able to take that and be a threat. I think the biggest loss in this was his. He failed to kill Jack or Mordred despite attacking first.

Maybe the biggest loser here was Jack though. This fight did some damage and she’s out of hearts. Not sure if I noticed or not, but her ‘master’ not being a mage makes things complicated. In fact she probably doesn’t have a contract with Jack of any kind. Jack is likely a literal rogue servant who has to eat and consume mana from outside sources. Makes you wonder what kind of psychopath this woman is. Regardless it does make them the biggest wild cards out there. They aren’t going to be that active in picking fights, but rather ‘foraging’ for supplies. Hardly the only wild cards though with Sieg and Jeanne also taking action in their own ways. 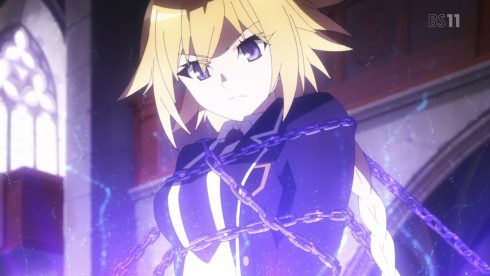 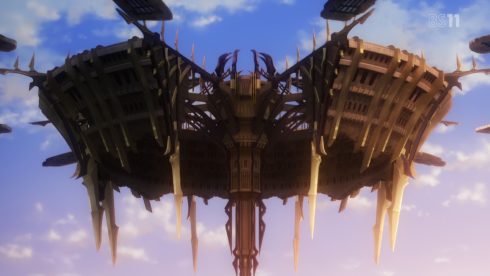 I do wonder what Sieg will do though. In the end I guess he can’t just forget about all the homunculi. Though even if he could save them…what would he even do? They don’t have long lifespans and he hardly has the resources to care and feed them. I guess he could plan to win the grail war for himself and use that power to give the homunculi real lives. Regardless I guess we’ll see just what he intends. It isn’t as if he knows how the first episode played out and that he’s going to somehow gain the power to turn into Siegfried. My condolences for Jeanne who did a good job tracking down Kotomine….before his flying fortress took off! Getting to the bottom of what he’s up to clearly will take some more work.

If nothing else it was a surprise the Hanging Gardens turn into that. That it can spawn an army is rather solid. That alone seems to match what Caster is bringing to the Black Faction. I am curious what other tricks that thing has since I can’t imagine it is that simple. Not that a flying fortress is boring, but there is probably more to it. It should make for an interesting fight coming up between the two factions. We might actually see a few servants go down. This wasn’t an overly exciting episode, but it did move the story ahead.