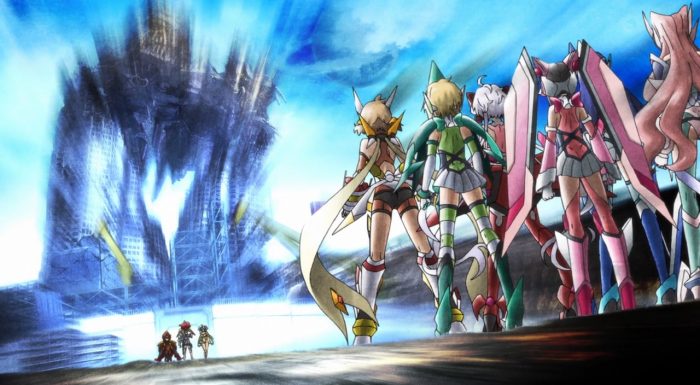 Well the Linker Squad is back in action and I’m glad to see that. It is interesting to see how the show has handled Maria’s character arc since her introduction in the second season. She really has come a long way and is reaching the level of a character that I really like. Still isn’t my favorite, but she’s now legitimately up there. There are definitely times when characters that have hit the lowest points have the most room to grow and Maria fits with that. Maria made some really dumb decisions in G and hit some real low points along the way. GX despite its flaws did help Maria continue her growth and it’s reaching a high point in AXZ. This episode did a nice job looking into Maria’s past some more and allowing Linker to really have some meaning to its existence. 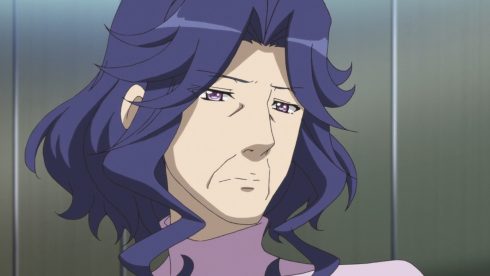 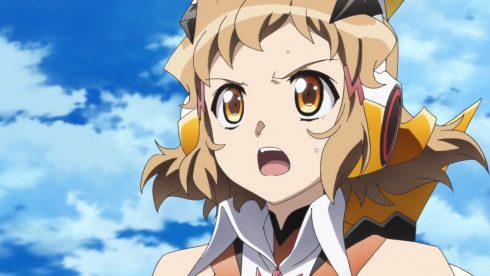 Now I could see some mixed thoughts on how the show is looking at Professor Nastassja. Though I do think it remains fairly consistent with what we’ve already seen. FIS was not exactly a fun or loving organization. While she was a fairly important individual for Maria and company, I never got the impression she was running the whole thing or had ultimate power there. So I could definitely see her being tough on the various kids from the point of view of helping prepare them for what they were involved in. We’re going all in with the tomato theory of childrearing apparently XD. But I can get behind the idea that she hated what she had to do, but did so in order for the kids to survive that place.

At least I could see it fitting with her idea in G of doing a smaller evil for the greater good. And it would fit with her risking her life in order to protect Maria from the falling debris in the incident that killed Serena. If she was just a brutal person who didn’t care she wouldn’t have risked her life. If nothing else I did like getting more exploring of that relationship without necessarily needing a Symphogear ghost scene with Nastassja. It makes sense why Maria, Shirabe, and Kirika still call her Mom even now. I still think she made a lot of mistakes in G and she did realize that before the end. But I don’t have a problem with Maria looking at Nastassja’s overall actions with a more positive light. That she was killing her own heart in order to do what she could for those children. 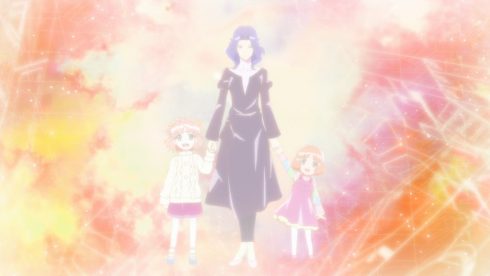 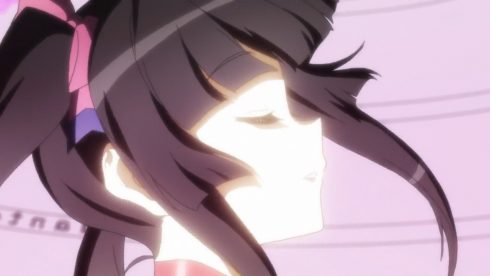 As to the action itself I enjoyed it. The overall plan by the Alchemists was surprisingly solid. They used layers upon layers of threats in order to spread out the gear users and push them to their individual limits. Not a bad use of basically a hydra alca-noise. It was a good effort to push them that far so they’d have to rely on Ignite which they could then prey upon. No doubt a timely rescue by Maria, Kirika, and Shirabe avoided the worst case scenario unfolding. After all this was a plan to kill the Symphogear users and remove them from the scenario. I did enjoy seeing the characters be pushed so hard and having to dig deep in order to stay on top of things. Often the Noise are a pretty easy to handle fodder. But it is fair that specific and advanced types can be a challenge.

And there is nothing bad about seeing the good guys bounce back as they did here. Shirabe’s new song was good and might end up being one of her best. That is very much a subjective thing though. No doubt being unable to fight all this time sucked and it was a glorious rise to recovery for the Linker squad. A nice division of forces in having Maria take care of the noise heading towards the school while Kirika and Shirabe lead the charge against the alchemists and the threat closer to Hibiki. We still haven’t quite seen the division of forces as seen in the OP, but I feel like we’re getting pretty close to that. Now that they’ve got some Linker to work with things should allow for more flexible deployments. 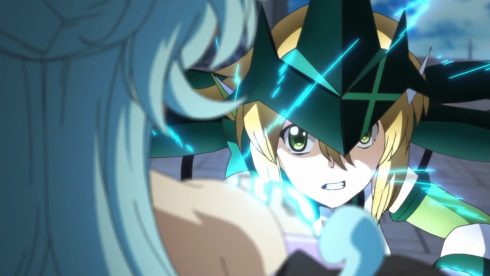 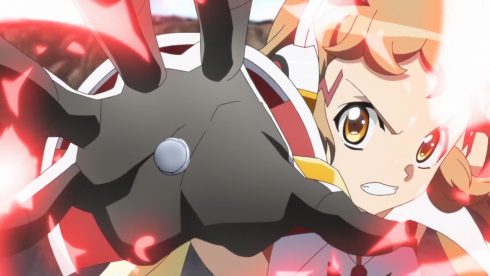 I wouldn’t have guessed that Ver was being pretty darn literal when he spoke to Maria last season. It really was all about love XD. Maybe it is only fitting that a warped lunatic like Ver would piece together the secret of allowing less suitable candidates to use Symphogears. In the end though this image of Ver proved to be mostly just a mental image Maria had. I’m mostly ok with this since seeing Ver trying to highjack Maria’s body or something crazy like that would be too creepy for me. In the end it was a good chance to bring back a crazy character, but also keep him very much dead as he should remain.

With this we’re also getting confirmation about the Alchemists targeting the Curse of Balal. It doesn’t sound like they intend to outright blow up the moon as Finé was. More like they seem intent on taking over that giant relic. Something that could certainly be possible since Nastassja did interact with those systems when Ver launched her up to the moon back in G. Still this could be a rather dangerous plan and I doubt Adam’s goals really line up with Saint German. If nothing else, this was another strong episode for AXZ in my opinion. I thought the ED song was quite nice and probably will signal a group song for the next episode. Something that makes sense since now the six of them can finally fight together without worry. 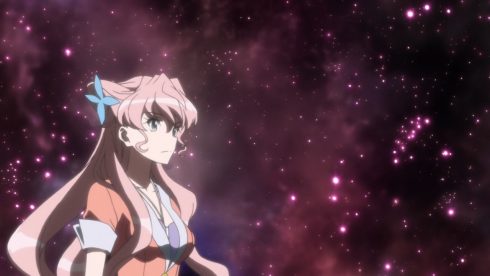 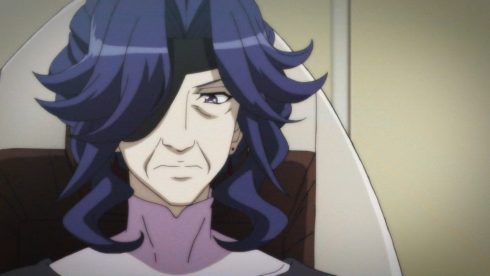 Just to clarify, I really don’t think the show is going a route of ‘abuse is ok.’ We’re talking about an organization that grabbed orphans or anyone else they could find that might be a receptor for Finé’s soul. Once those kids were apparently unable to do so (though we know Shirabe actually did) their lives were basically forfeit. There’s no way a secret government organization that was willing to turn kids into child soldiers and experiment on them were going to just let them happily leave. Does anyone think they would? There would be hell to pay if word got out what they were doing there.

So I can’t see anything good happening to kids who fought back or failed to cooperate. Nastassja had limited choices. Be nice, but still try to force kids into painful experiments. She could try to blow the whistle and hope she doesn’t get killed before she can do so. Or she can be cruel in order to make the kids feel they must do it. There is no doubt they want to play it as something that made the trio stronger. And I think on some level it at least helped keep them alive since they had to rely on themselves to survive it. G showed the downside to all this. The moon falling was a huge threat. But she could have relied on others. It wasn’t like FIS where she had limited means to help the kids. For that she does deserve blame and did regret her actions.

I think this is all about what Season 4 represents. What do you do when stuck between two bad options? We’ve seen that throughout the season. Chris had to choose between shooting off Stefan’s leg or letting him die. Nastassja had to choose between being outright abusive to kids or leaving them unable to handle what was ahead of them. Saint German is choosing to sacrifice lives in order to combat the curse on humanities language. We’ve seen characters choosing between two bad options and in general picking what they felt was the lesser of two evils. The question is how far can you go? How far before the cost is too high? With Nastassja she may have helped these kids survive, but many of them do have traumas sticking with them. Are those too high a cost for keeping them alive? That is for individuals to decide.