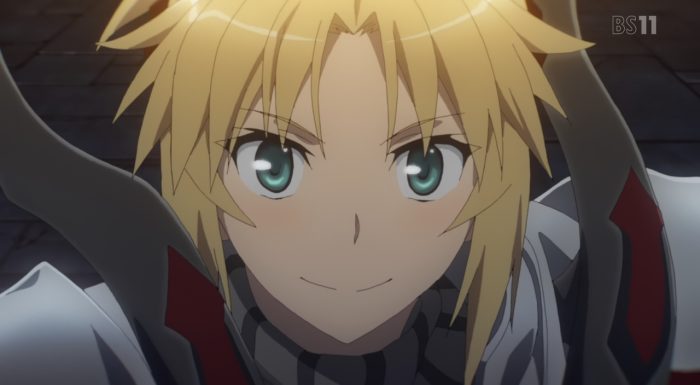 Well if anyone was missing the presence of Mordred, this episode definitely made up for it. While this episode wasn’t all about Mordered, it was a nice shift. We do get a good look at how things unfolded for Mordred and how it all tragically ended. She started out with admiration and it ended in blinding rage. It’s just a sad turn of events. At the core of it Mordred just wanted to be helpful and acknowledged. Of course the parent that raised her was a total lunatic so that probably didn’t help her mental stability. Though blame can be placed all over for how that situation played out. Mordred utterly lost her temper and went on a self-destructive path. The person she wanted to acknowledge her ended up killing her. Blame also goes to ‘Arthur’ who was this cold figure that never opened up and accepted Mordred. 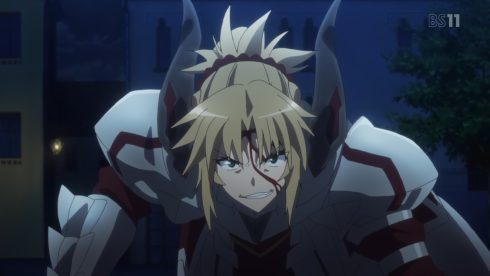 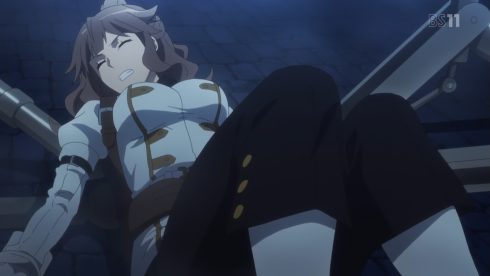 There all sorts of reasons for why that past played out as it did, but the end result was a messy tragedy. Not exactly a cheerful dream for Sisigo. Though that is how it goes when you have a servant. On the positive side these two have one of the better Master/Servant relationships going on right now. There is a fair amount of trust there and both are capable. There is zero doubt for Mordred in leaving Sisigo to face Chiron’s master. And really she ended up having a tougher time with the ranged servant. Not that this fight is anywhere close to being over. Chiron may be able to use some effective martial arts, but Mordred is a beast. If he keeps the fight at that range he will definitely lose.

The other fight goes pretty smoothly for Sisigo. There is a clear difference in combat experience. You get the feel with Sisigo of someone who will do what it takes to win. In that way it makes sense that he summoned Mordred using that catalyst. They are both types that won’t worry about how the win looks. If he has to run over his opponent with a car…he’ll do it. Of course I have zero doubts that this fight won’t end so simply. Fiore is in deep trouble, but we already know her brother is on his way. I’d fully expect him to intervene with that fight and save his sister. How that will change up the situation I’ll just have to wait and see though. Unless of course they go the unexpected route and let Fiore die. 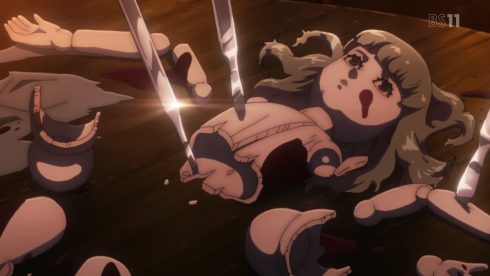 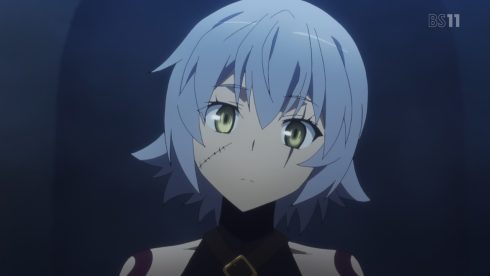 A pretty crazy situation is unfolding. Thanks to Chiron’s interference Mordred wasn’t able to take down Jack the Ripper. Something that frankly was stupid since that servant is killing people all over the place. It should be for the benefit of both parties to take down that crazy assassin. Though I suppose the black faction doesn’t want to lose any further servants. Regardless the assassin managed to scamper off to lick her wounds. Honestly I think letting that servant go down would have been a nice idea though. There is a clear lack of sanity at work with Jack and a total disregard for life. It’s terribly mean to injure Jack, but there is nothing wrong for Jack to go around killing anyone. So long as Jack and her master continue to run free things could get messy.

Speaking of utterly insane…let’s talk about Astolfo’s Master. Again I have to ask…why is this person being given a job of importance in this war? She is utterly insane! Astolfo is a rational person with a code of honor and yet he’s stuck fighting with someone who is utterly nuts. I mean this person clearly just murdered the heck out of a homunculus because she was pissed and jealous. That is all kinds of screwed up. Of course the worst position might be left for Gordes. That guy not only messed up and lost Siegfried, but now is looking to be the prime candidate for Caster’s super golem. It is kind of hilarious how he could end up replacing Sieg. He lost his temper, lost his servant, and now may end up losing his life. That’s unfortunate… 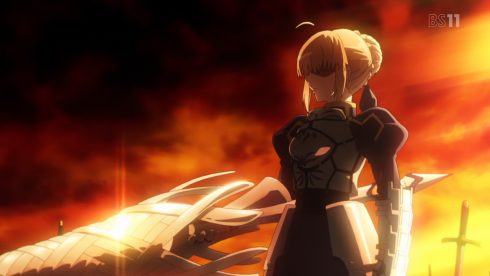 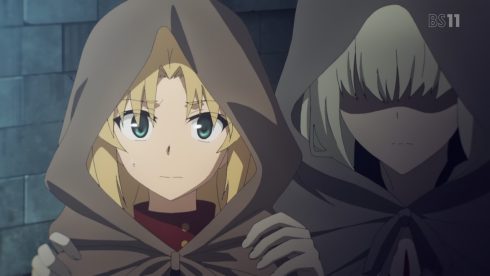 In the end I’d say this was a solid episode. The action looked better to me than some episodes have. Plus it’s always fun seeing Mordred in action. We did get a peek at what the Red Assassin is up to…and I have no idea what it is. I mean sure we know it’s the Hanging Gardens of Babylon, but we have no idea what that actually does. Regardless I’m not really pulling for that Priest considering what he did to those other Masters. At this point the amount of characters I’m pulling for is limited. We’ve got: Sisigo/Mordred, Caules/Berserker, Astolfo, Jeanne, Sieg, and maybe Chiron and Fiore. Not a huge group, but hey there are some nice people in the mix XD.