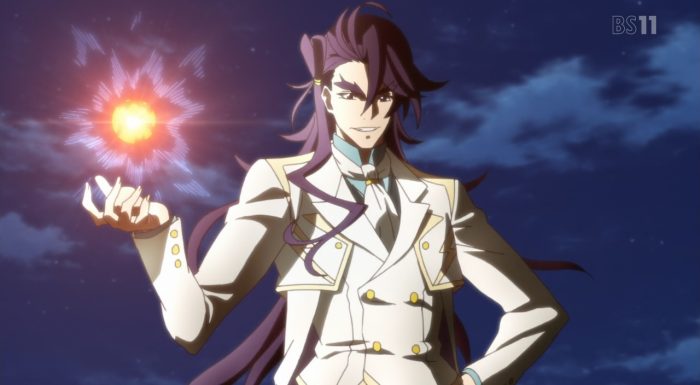 Well if people were waiting for things to go to hell for the main cast…they got their wish. It’s not often that I can say the main cast got nuked, but yeah that’s what happened. I really didn’t expect that a flying naked alchemist would nuke the main cast. We’re talking about Symphogear, but I didn’t consider that possibility. Clearly I need to expand my imagination when it comes to the possibilities for this show. It was basically a double whammy of an episode though. First the main trio gets their Ignite Modules smacked down and the other side powers up. So basically the alchemists have anti-Ignite Faust Robes (thanks Carol). On top of that their condition really isn’t clear after that blast. Of course they’ll get out of this alive, but it’s still a pretty bad situation. 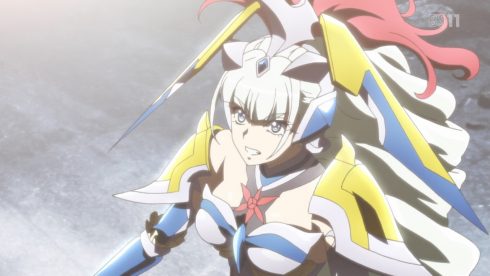 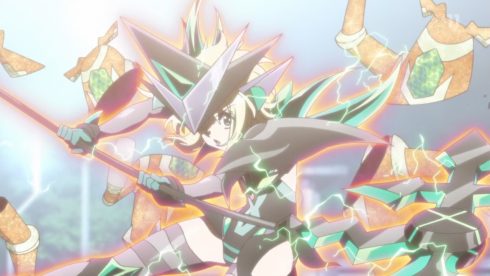 So apparently Adam is freaking insane. He is definitely the Finé of this group. I was surprised at the lack of coordinate with him and Saint Germain. He showed up and prepared to nuke everything without much of a word to his ‘allies’. I thought they were all on the same side, but maybe the alliance is looser than I thought. He could very well be just like Finé. Maybe he cares about as much for Saint Germain and the others as Finé did for Chris in the first season. The guy might just consider them tools for him to use and dispose of at will. In that sense maybe his end goals aren’t likely to be as benevolent as Saint Germain’s goals. Though hey maybe I’m judging him too harshly for stripping naked in the sky and then blowing away the immediate surroundings…

If there is going to be a heel-turn this season it would likely be Saint Germain. She seemed the most receptive to what Hibiki was saying. Normally when Hibiki tries this the other side turns her down. We could see that from Chris in S1, Shirabe in S2, Carol in S3, etc. But Saint Germain didn’t seem that opposed. Or at the very least she seemed curious. If her goal really is just freeing people from oppression then there might be some room to negotiate. Not sure about the other two on her side though. Definitely Adam doesn’t seem interested in cooperation or respectful to human life. Makes sense with Saint Germain’s backstory why she’d be more cooperative. She has good reason to want people to be free. She lost her mother and grew up in an age of slavery in ancient times (Rome I’d guess). Not a fun time. 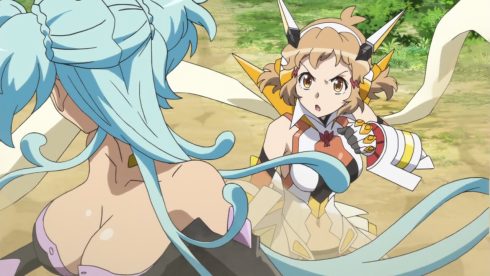 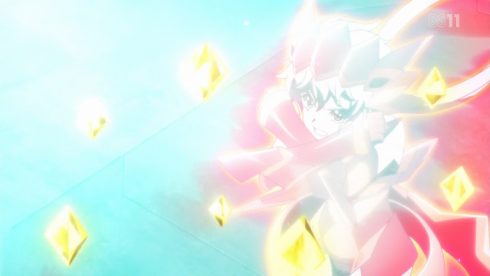 Not sure what to say about Chris’s new song at this point. It was almost the trickiest song to actually hear amidst the weapons firing and everything going on XD. Still upon repeat viewings it sounded pretty good. Can’t complain about the hilarious way Chris takes on threats like this. She’s getting quite good at fighting while flying on top of a missile! And that was a good rescue job from her in saving Maria’s team. That attack bold move, but one that paid off in the end. This also seems to line up with the matchups we saw in the OP. Maria took more of a 1v1 attempt against Cagliostro in the second episode and Chris had a bit of a 1v1 matchup in this one.

It was also nice to get away from the pattern of Chris taking hits in close combat. This time she intentionally left herself open to draw in Cagliostro so Hibiki could deliver a strong attack. The combat remains plenty fun with this show. I did think it was a bit strange that the main cast would pull out Ignite so quickly in the second part of the episode. But, I get they were pressed for time and needed to get things moving before Adam nuked everything at the end. It makes sense that alchemists could figure out the Ignite Module (since it was originally Carol’s idea) and counter it that effectively. Now if things do continue down this road that will put the main cast at a serious disadvantage. Those faust robes aren’t to be taken lightly, but it doesn’t seem they can try to use Ignite against them. 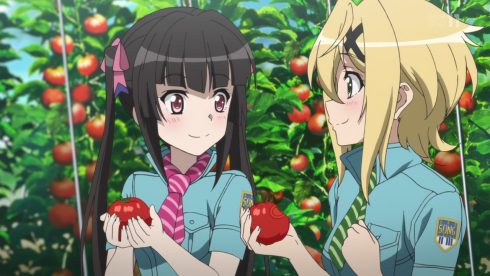 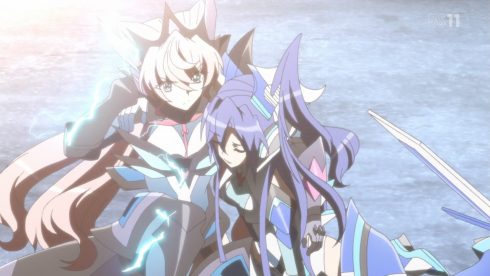 I do like where things are going with Maria’s team. They played it smart in the early episode, putting trust in their allies. But when push came to shove they were willing to stand and fight. When Hibiki and company needed help, they got it. Even if it meant suffering through severe backfire, Maria, Kirika, and Shirabe did what they could. Otherwise there was no hope of the main trio escaping that attack alive.

Also I give credit to the tomato lady for her message which no doubt will be important going forward. No doubt that Maria, Shirabe, and Kirika haven’t had the easiest time. They have never been hugely compatible with their gears and have suffered along the way. The need to use drugs and suffering experiments at FIS has left marks. But that doesn’t mean they can’t grow into something special. In fact they might grow into their own kind of special because they have gone through all that. They are clearly getting closer to some kind of breakthrough. Also have to say it was pretty adorable watching Kirika rush out to try and help a scarecrow evacuate XD. 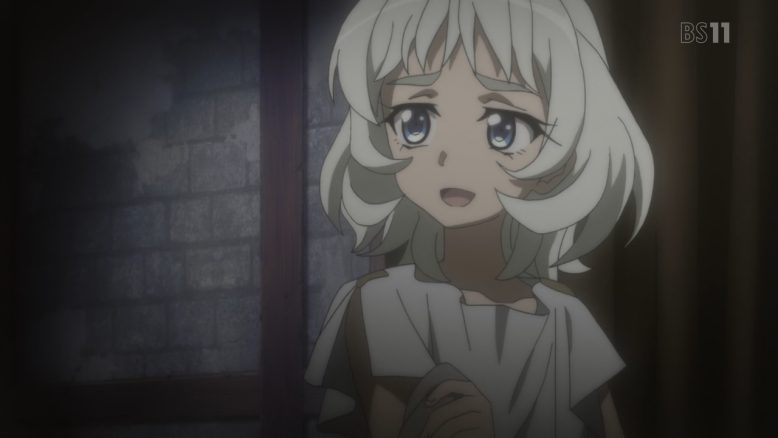 Things ended pretty darn in that last episode, but such is Symphogear. They are usually good for a few pretty shocking cliffhanger endings in any given season. This is the kind of wakeup call needed for the whole group. Adam may be a pervert (and hates clothes like Finé), but he’s extremely dangerous. On top of that they don’t have any immediate answer for Saint Germain and her trio’s faust robes. They are going to need some time to pull back together and rebound. That is presuming they aren’t due for a serious bit of time in the hospital. It should be interesting to see how things unfold going forward.