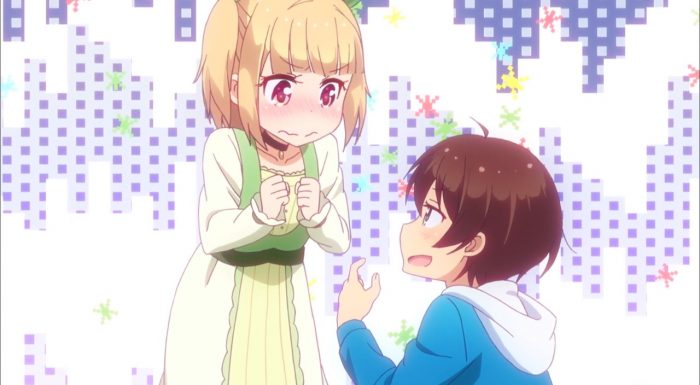 This episode was absolutely packed full of the sort of emotional moments that are my favorite parts of New Game!!.  So much so that I’ve been having trouble figuring out where to start, and how to talk about them all. Watching cute girls be cute is all well and good as far as it goes, but being able to feel what they feel and watch them grow and develop into stronger people is captivating on another level entirely. 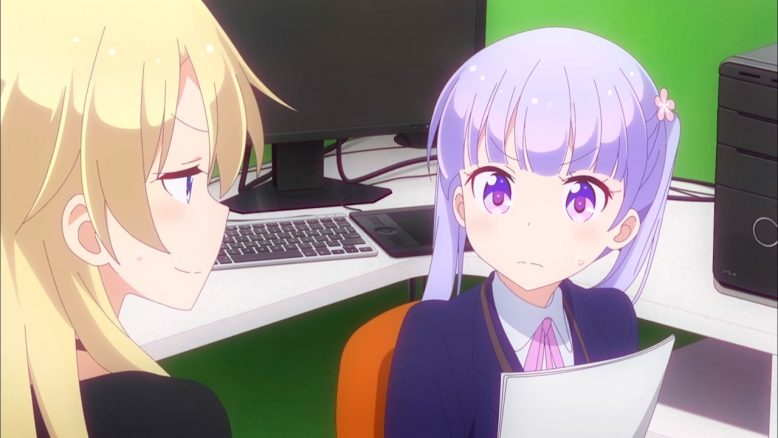 I like how Aoba and Ko are both eager for the character competition. Ko, of course, has done this before, and has good reason to be confident in her abilities. She has lots of experience and skill, and a proven art style. Aoba, on the other hand, is new to all this, but it is what she joined the video game industry to do. This is her purpose; her dream. It’s her chance to try to be the person she’s wanted to be. Even if she believes she can’t win, Aoba is still determined to do her best and take this step. At a contrast to their eagerness is Yun. The uncertainty and insecurity she expressed at her evaluation is still with her now, as she can’t bring herself to enter a contest that she’s certain she doesn’t stand a chance of winning. I can sympathize with her perspective very well. Lacking the clear dream that Aoba has, it can be hard to grasp the motivation to try when failure seems guaranteed. 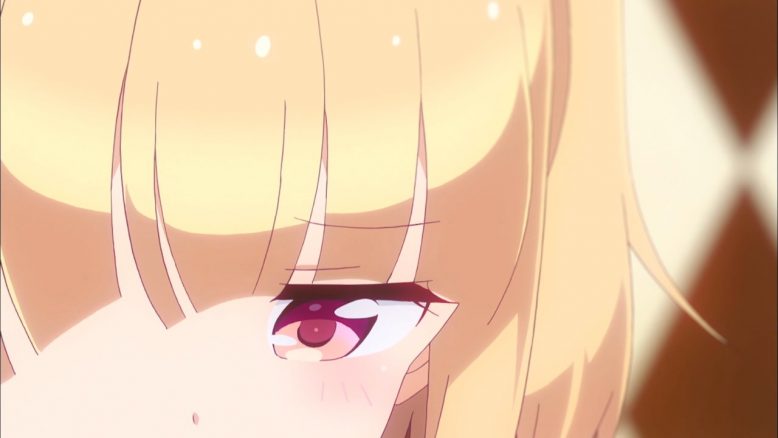 When Aoba sees how quickly Ko is able to create detailed character drawings, however, her confidence is shaken. It’s one thing to know that Ko is a more capable artist and character designer than Aoba is. It’s quite another to be confronted with it, and through that realize her own inadequacy. Aoba does her best to shake it off after a moment and get back in the game, but it’s clear that she’s not functioning at her best, and most of her designs end up having a distinct trace of Ko’s influence. 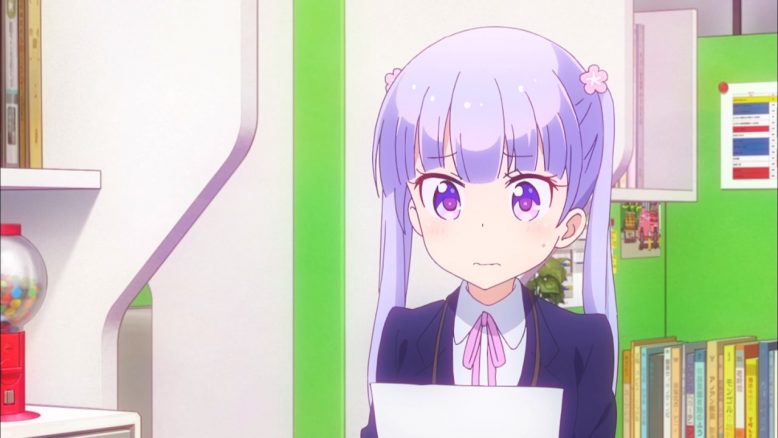 The result of the competition, however, shakes up everyone. I don’t think anyone was expecting Ko’s designs to be rejected outright. Her artwork has been the major selling point for Eagle Jump ever since Fairies Story 1, and just looking at what we see of it it is clear that it is excellently done. But it turns out Hazuki is looking for something more than just beautiful art. She wants to create a world that appears fundamentally different from previous works of Eagle jump. Something that isn’t just Fairies Story under another name, but which has its own distinct identity. And Ko’s art does not provide that. 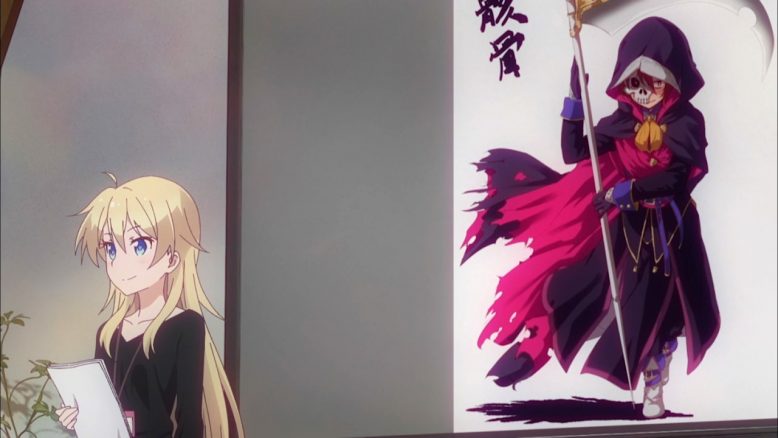 What does, interestingly, is an odd little sketch by Aoba. More of a doodle than an intentional character design, but it is drastically different than anything else presented, and something about it catches Hazuki’s fancy. Enough to tell Aoba to fix it up and bring a revised version back with her to the next phase of the competition. Aoba is overwhelmed, of course. She never expected anything like this, and certainly not to a drawing she just threw together on a whim. 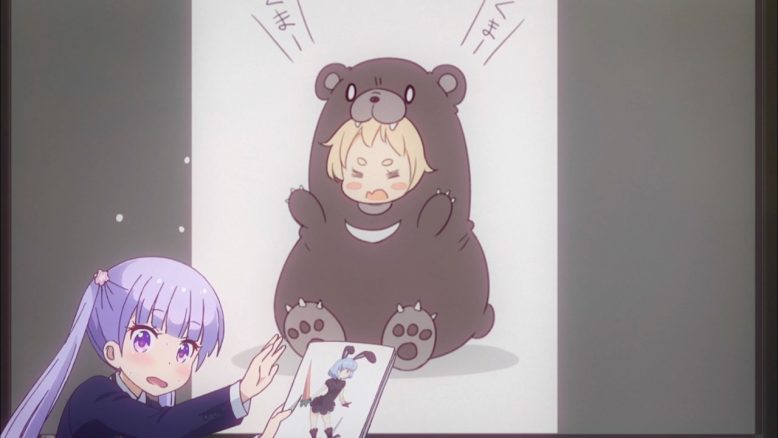 What happens next is where we hit the heaviest part of the episode. There’s a… pain that comes from having your efforts rejected. From being told “I’m sorry, what you’ve given us isn’t good enough/isn’t what we’re looking for.” It hurts in a way that it hard to describe, but is very real. Ko finds herself suddenly, unexpectedly, feeling that pain when the art that she submitted (very good art indeed) was all rejected, and quick, amateurish doodle by the young new hire is what catches the director’s attention. And as a result, when Aoba comes to ask Ko for advice after the first round of the competition is over, Ko snaps at her angrily, without thinking. This shocks both of them. The tremble in Aoba’s voice as she apologizes and runs back to her desk is heartbreaking, and Ko is left reaching out into the empty air after her, unable to find the words to say to heal the wounds she’s just inflicted. 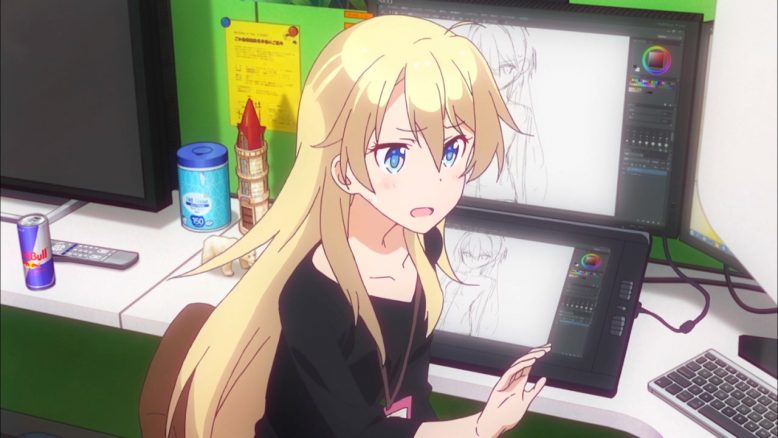 It is good to see Yun take a moment to speak up and reveal that she’s ashamed of how she’s been handling the situation around this competition. She thought Hajime and Aoba were wasting their time, yet both of them put in the effort to try to get closer to their dreams, and in the end they accomplished something unexpected. As a result, Yun has discovered something important: you may not get anywhere if you do try, but you definitely won’t get anywhere if you don’t. I’m glad to see her now willing to give the next stage of the competition a shot. Although the poor girl has no idea what to do when Aoba breaks down in tears. She’s missing some important context for that. 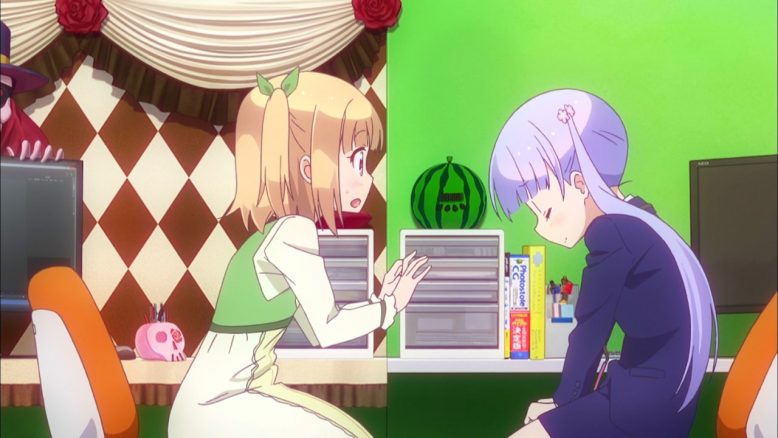 Of course Rin is the one to talk to Ko when Ko is out staring off the roof, pondering. The two of them have the strongest bond of anyone in the office: they know each other better than anyone else. Rin knows what to say to get Ko to realize that she actually does know what to do now. Because Ko has been through this situation from Aoba’s side. She knows what she doesn’t want Aoba to feel right now, and that she is the one who can set things right again. The conversation between them is as much unspoken as it is spoken: a dialogue of trust and understanding between two people who know each other very well. And seeing Ko return to help Aoba with her design, bringing the smile back to Aoba’s face, is truly a heartwarming moment. 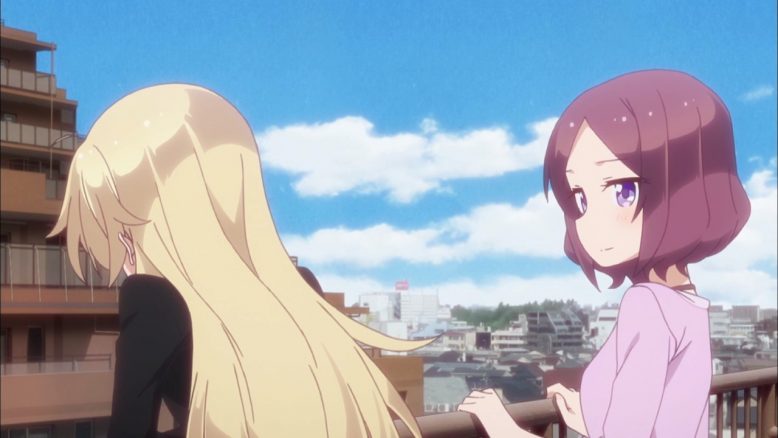 And so the second stage of the character competition has what is probably the best possible conclusion: with Ko and Aoba having combined their skills to create something unique that neither one of them could have managed on their own. It was a result I doubt even Hazuki expected, and the design that came from it certainly looks like an interesting concept (although perhaps a bit disturbing if you think about it too much). I’m looking forward to seeing what more comes from this concept. 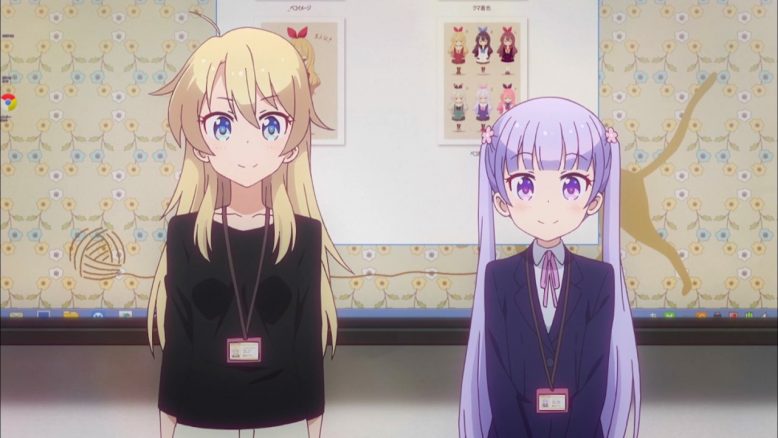 A random point of interest, not just for this episode but for all of New Game, both seasons: there are a fair number of scenes where the background music is fairly quiet, but still contributes significantly to the mood of the scene. If you have something in the room with you that makes noise while you’re watching (an air-conditioner, a fan, something similarly noisy) it can easily drown out this music without being anywhere near loud enough to affect the voices, so you’ll think you’re hearing everything when in fact you’re missing something that is really important to the scene. Turn off whatever else is making noise nearby, or listen through a pair of decent headphones. You’ll want to hear what this series has to offer properly, trust me.

Anyway, New Game!! is shaping up well, delivering both the cuteness and the emotional impact that really made me connect with it back in season 1. It’s good to see that the people creating this adaptation haven’t lost their touch. I can’t wait to see what the future holds in store for us. In case it isn’t clear, I plan to keep covering this series just like I covered the first season. I enjoy it a great deal, so it would be pretty hard to get me to stop. I’ll see you all next time. 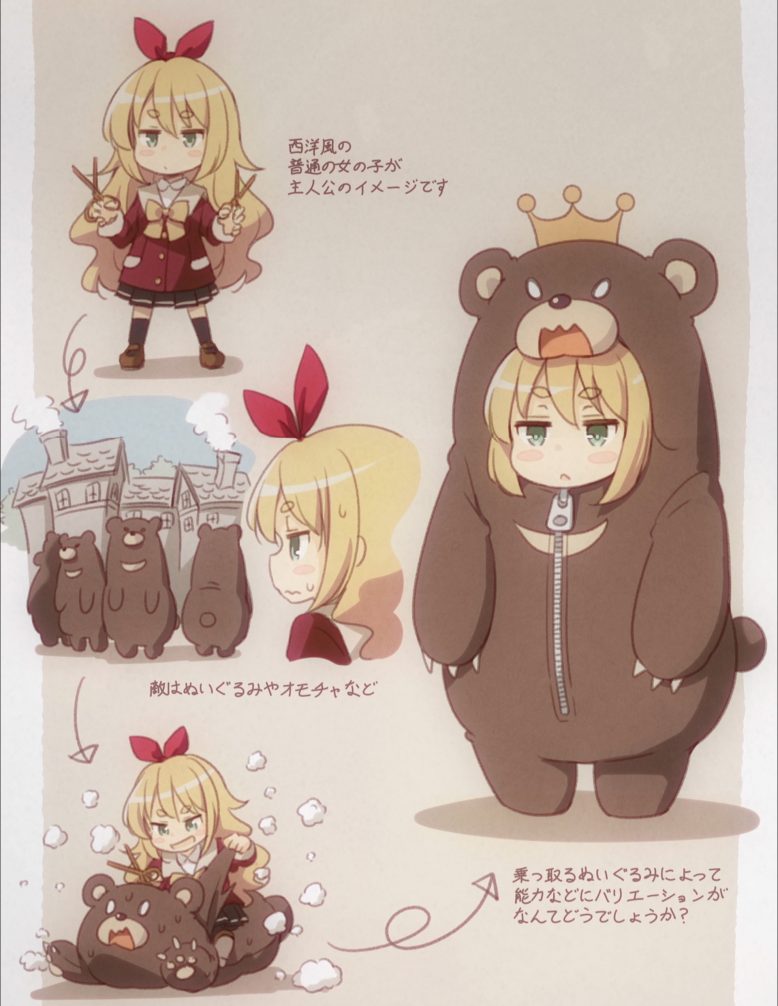 …Really best not to think about this too much.