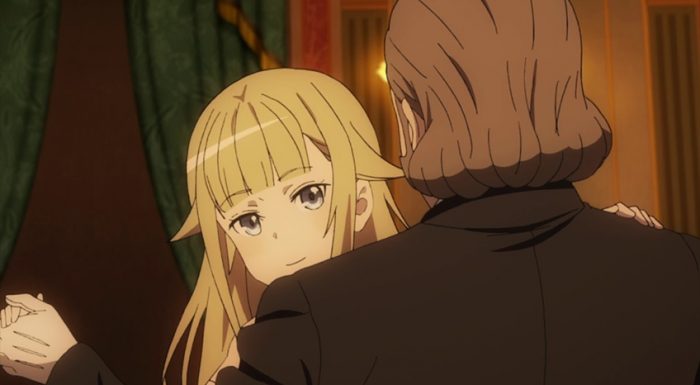 Well, one thing is for sure, and that is that the storyline for this series seriously ramped it up with this episode, and in particular with a surprisingly important last minute reveal that literally turns many things on it’s head and perhaps even hints at some explanations for some of the things shown in the OP sequence that had raised question marks for me. Much of the beginning of the episode had me confused for a minute as to whether or no we were being shown a something that had happened in the past, or even a flashback (in relation to episode 1, I mean), and as far as I can tell it sure seems we were. 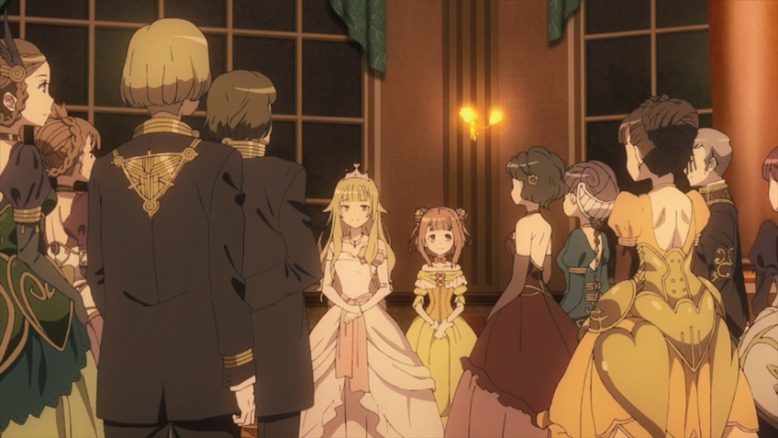 The ninja girl Chise was nowhere no be found this episode (alas as she is the early candidate for my favorite among the cast – maybe she will show up next episode?) and we were shown what appeared to be the first moment of contact between Princess Charlotte and the spy duo of Ange and Dorothy, who were on a mission to make contact with her to feel out possibilities of her being an informant amongst the royalty for the Commonwealth movement they are part of – for those who do not remember this appears to be the “anti-monarchist” faction. The name of the mission itself is called “Project Changeling”. 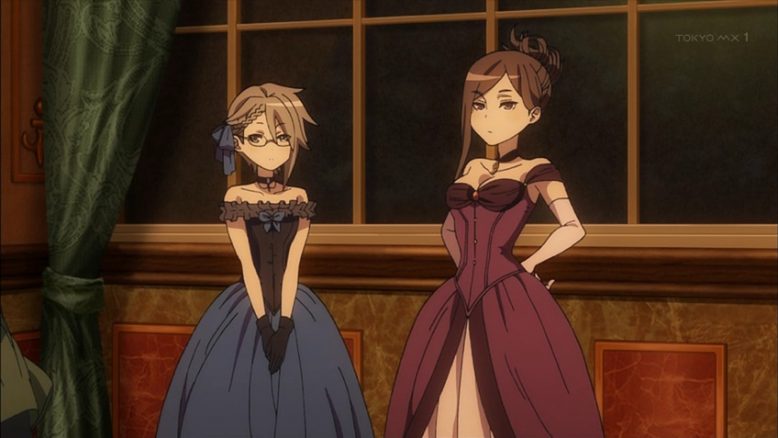 The Project itself begins with Ange infiltrating the school Princess Charlotte attends (Dorothy is already there masquerading as an older student even though she is 20 years old) and culminates in their attending a high society party the Princess is attending together with her (presumably) attendant named Beatrice. It is here that we see other sides to Ange that frankly made me shudder – the same ease and facility with which she cold bloodedly gunned down others in the first episode is shown here when she plots and acts, disguising herself way too perfectly as the Princess in order to fulfill a last minute, unexpected mission she receives at the banquet in addition to making contact with the Princess. 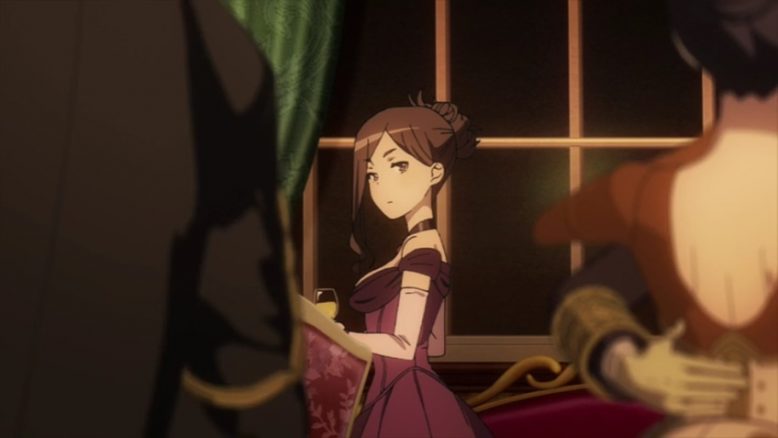 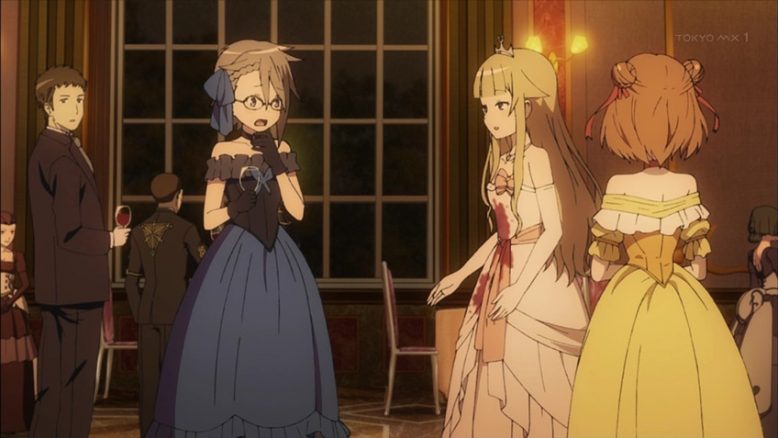 What becomes clear, then, is that these two are incredibly smart, are brilliant actors and possess an extraordinary long-sightedness in their thinking … not only is it possible that the entire operation itself may have been masterminded by Ange to reunite with the Princess, but that she may be controlling the Commonwealth branch she is part – meaning the she and the princess are working on their own deeper layer of the onion (without the knowledge (?) of their teammates)  AND taking steps forward on the political level in a game of breathtakingly high stakes. Wow. This will definitely be interesting to see where things go from here, and if the series can pull it off effectively! 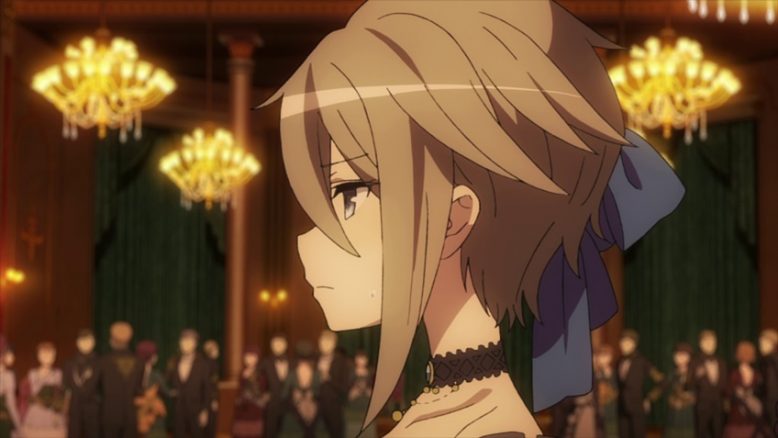 Curiously the overall result of the episode itself also helps in the sense of making decisions about blogging this series a bit clearer in my mind – while I tend to enjoy these kinds of storylines from time to time (like that of Acca-13 ku in the Winter 2016-7 season) they are series that are difficult for me to blog reliably, no matter how much I may enjoy it. So it looks like this series is out of the running for my blogging this season, though through no fault of its own other than being too interesting? If things work out well perhaps I may be able to do an overall review of the series when it is finished. Still, I would definitely encourage many other viewers to give this series a chance … it still remains in my book to be one of the most interesting of the season!