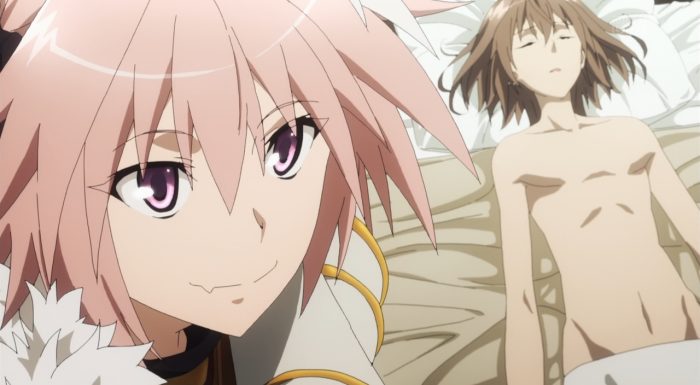 Well we’re finally getting some real clashes between servants on each side and next week looks to be escalating the conflict. Apparently it was quite the long trip for Spartacus to get to the enemy castle since he’s still running by the end of this episode XD. Although things might not go as simply as Darnic imagines it will. We don’t know their identities, but it seems like two of the Red Servants are escorting Berserker on his crazy attack. So it isn’t as if this will be 1 vs most of the Black Servants. It will still be a pretty uneven matchup though. I suppose some wild cards to consider are Mordred and her Master. I’d be surprised if they were bold enough to rush in to help out, but you never know. 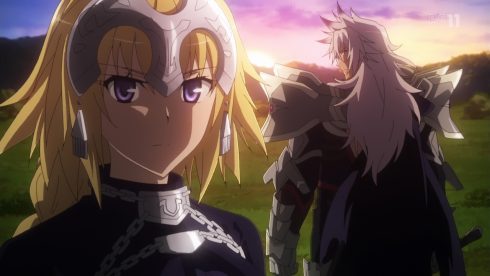 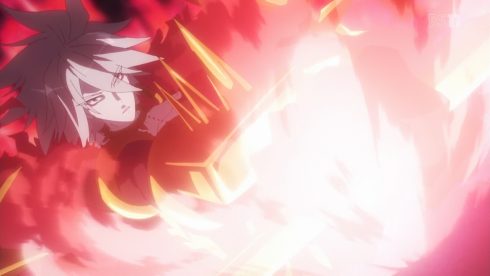 I suppose one other wild card that both sides are reacting to is Jeanne D’Arc. The Red side seems eager to just straight up assassinate her while the Black side seems more interested in recruitment. That stance makes some sense by the end of this episode with the wording that they would try to make the Red Berserker their pawn. It could be they would attempt to take control over Ruler somehow and use her as extra firepower for their side. I can’t imagine they sent Saber all that way simply to curry favor with the judge. Regardless, I still have to treat the Red side as more suspicious. What good reason is there for the Red side to try to assassinate her? She’s clearly intending to remain neutral. I can’t help feeling that Priest is planning something that she would interfere with.

It sure didn’t take Ruler long to identify the Red Lancer either. I suppose you can’t underestimate the information gathering powers of that class. Not sure if the same goes for Jeanne’s combat prowess since we really didn’t get to see her fight. There was only a brief skirmish before Siegfried intervened. From that fight and flashback I wonder if Siegfried is simply fighting…to find something to fight for. He was incredibly open to fulfill the desires of others including even his own death. Kind of amazing how utterly neutral he was. On that note though, his fight against Karna sure was flashy. There were points I wasn’t sure exactly what was going on, but you did get the impression of how powerful servants really are. In the end, when individuals that powerful clash there is going to be some major issues. 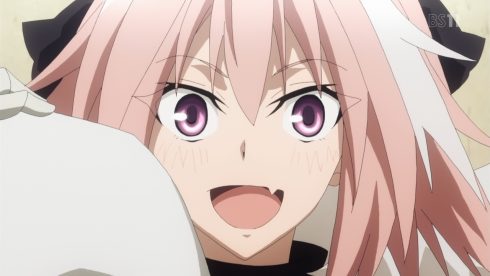 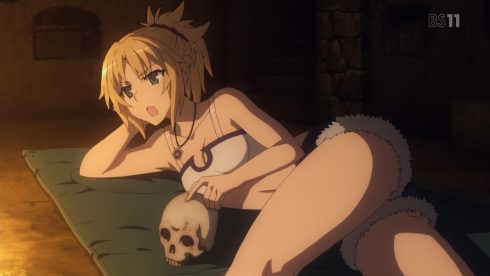 I still really respect Mordred’s point of view in this conflict. She may be rough at times, but is a solid person. Probably wouldn’t want to be hanging around in a crypt all day either. I know her Master is a necromancer but that’s not a fun location. Of course she doesn’t want to simply wander around town by herself either since that would be boring XD. But I definitely appreciate that she wants to avoid having big battles in populated locations. She is responsible in the sense of not wanting heavy civilian casualties because of her noble phantasm. A fair compliment given addressing her as King since that is the goal Mordered is aiming for. That is a good first step on the road to being King in respecting the lives at risk in this war.

Another character I respect more after this episode is Astolfo. No doubt this servant is a bit of an oddball, but a good person at heart. It is thanks to that intervention that the homunculi we meet here manages to stay safe. Of course there was no use putting him in Rider’s room since that weirdo master would find him quickly. Again I have no idea why someone that weird is part of this war, but such is. I am curious about the long term situation. The alarm system they have will catch this guy (sucks about the 3 years left to live thing) if he tries to leave. For now he’s safe in Chiron’s room, but that can’t last forever. 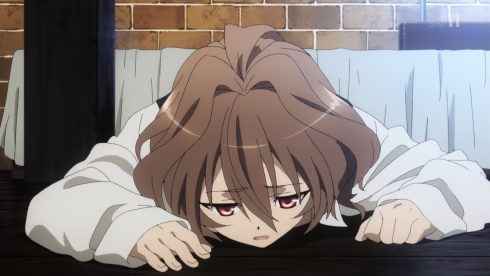 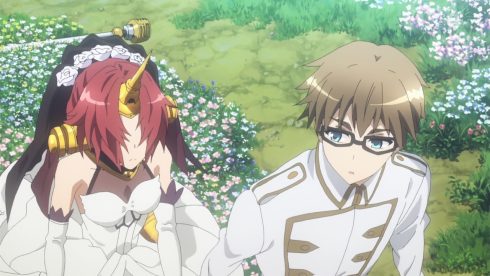 The oddest thing for me is just the assembly hall for the Red Masters. If they aren’t being brainwashed/controlled by that priest I’ll be shocked. That whole situation was creepy with the mist and just having none of them talking. So far we’ve gotten a pretty good feel for the personalities at work with the Black Faction, but very little for the Red Faction. We know Sisigo and we’ve met the Priest, but that’s about it. At this point I feel like there are a few good people that are bound to get the short end of the stick here. Black Berserker’s master seems like a pretty good guy. Not overly ambitious and instead just measuring his own wish by what happens in this war. Chiron and his master aren’t that bad either. Sure their wishes are very “me” focused, but that isn’t a bad thing. They aren’t evil wishes.

As a whole this was another good episode. We got some action and the story moved forward a bit. Though there are still a lot of things we just don’t know about this story or where it is going. Next episode should be a good occasion to see just what the various servants involved here can do. And we might just find out the identity of the remaining Red faction servants. For now we can only wait and see.