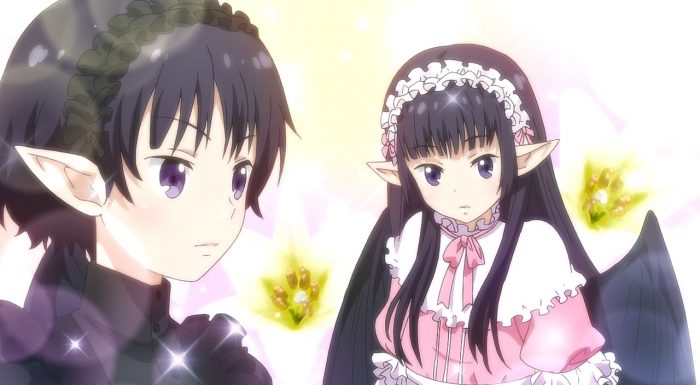 Okay, this was another one of those episodes that was plenty fine and faithfully adapted material from the source manga, so no complaints about that per se. Thus far everything that we have seen has been pretty well done on the whole, and that is fine, of course, but everything we have seen has also been “safe” material to adapt. (And yes, before anyone asks I deliberately chose the header image in this post because I like the “gothloli” fashion style, and thought Nozomi looked quite nice in it!) Anyhoo, back to the episode and the series thus far itself…. 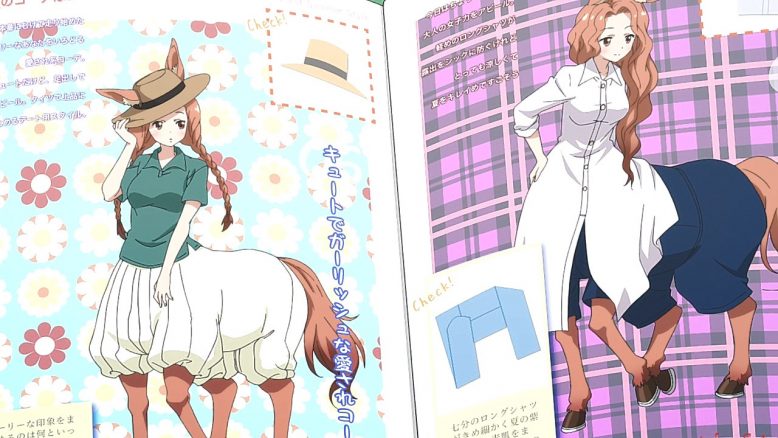 When it comes down to it, I think the series is one of those that will have to be judged at the end of the cour … the source manga has waaaay too many different themes in it, and the overall success of the anime adaptation in my mind is whether or no it will be able to draw as detailed and engaging a picture as the source does. While this is indeed true for most series in general, I think it is especially so with the kind of story this one is. It is kinda like it has 12 opportunities/episodes to unpack its content that it has slowly done (albeit in a different medium). Until one sees all the opportunities utilized it will be hard for me to fairly assess it, perhaps. 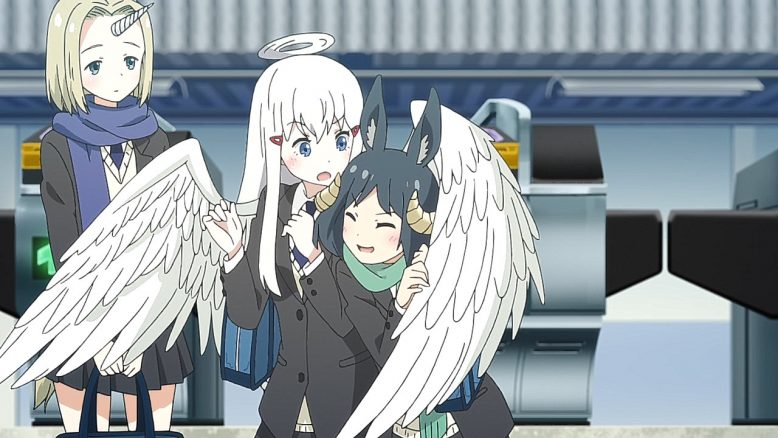 The format of this episode was similar to the previous one, with the first half focusing on a theme that comes up in manga and anime often enough: the subject of some schools forbidding their students to work part time jobs. What we have here is a similar subject suddenly gaining what feels like a semi-fresh take on it by the mere fact that the characters of the story are demi humans and/or monsters in an alternate world that has many, many things similar to ours, and yet is different enough to keep surprising us. Essentially Hime’s mother knows a member of the angelfolk who is in charge of a well known fashion magazine, and Hime agrees to help the magazine out by modelling for free (apparently centaurs are uncommon in this part of the world). Around these events there are piles of shenanigans involving Nozomi (the imp) and a classmate who is a member of the goatfolk race named Mitsuyo who is fond of cosplaying. 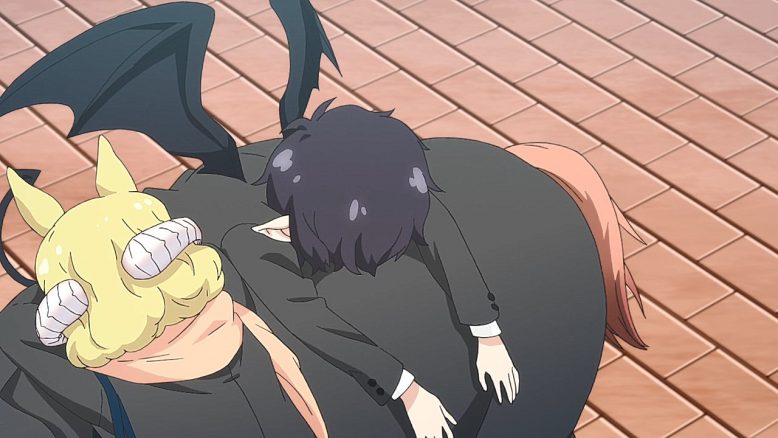 The second half of the episode is primarily one that focuses on … mermaids, and does so via a flashback sequence of the multiracial students of the school the main characters attend visiting another school inhabited by merfolk (all the students were standard school issue swimsuits and … bikinis? wha?) and showing the brief interactions between them all. As odd as it sounds this actually serves to once again be an occasion of world building and a bit of character development. The other aspect of this part focuses on students back in the city itself and the close friendship/budding eventual romance between a mermaid and a member of the catfolk who have known one another since childhood – and something about it was just … rather cute, to be honest! ^^ 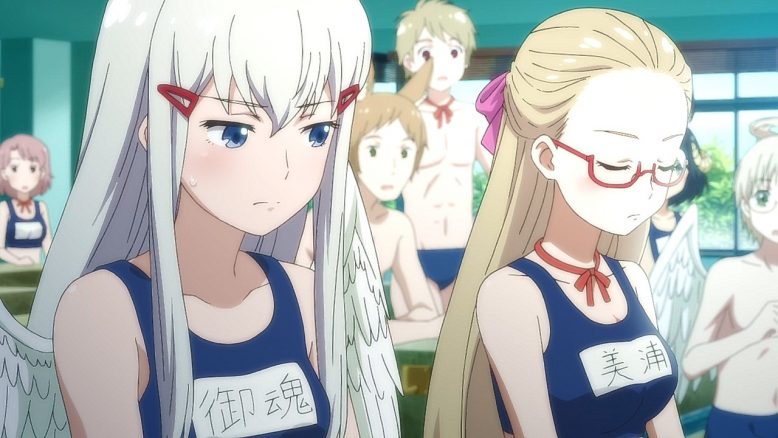 The content of the first two episodes per se are all from the source manga, and are adapted faithfully, but again, the effectiveness of the series for me is the entire picture it creates – it is almost literally an example of fascinating world building. One could be presented content almost solely of the sort found in Kirara manga series and adaptations, for example, and perhaps folks would enjoy it, and that may be good as far as it goes … but it is not what Centaur no Nayami is about. At least for me. Which is not to say that I would not enjoy material of Kirara manga content, mind you – but I honestly feel it would be something of a lost opportunity on the one hand, and a bit of a misrepresentation on the other. If people were excited by such an adaptation and then went to the source they would be in for a bit of a surprise, I think! 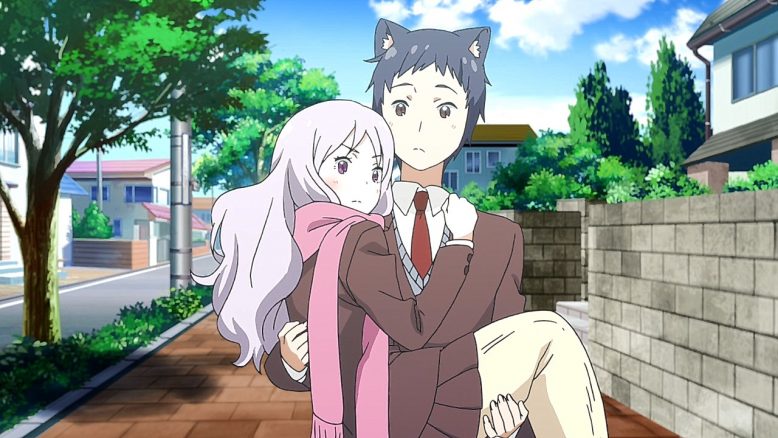 I hope I have not come across in an over negative manner here – as I mentioned in episode one this may be a case where the overall world cultivated in me through the 14 or so volumes of the manga has become a very strong image, and that I am hastily looking back at early chapters being adapted and criticizing them for something that only shows up over time. In some ways that may not be fair of me to do, and I may not be the best person to introduce and discuss the series for those who are having their first exposure to the franchise through the anime. Well, things are what they are, I suppose. 😀

Still have not decided whether or no this will be the series I will cover this summer, but yes – it is still in the running for me. In some ways it may have more to talk about it in the way I like to discuss things, so there is that to consider. We will see!