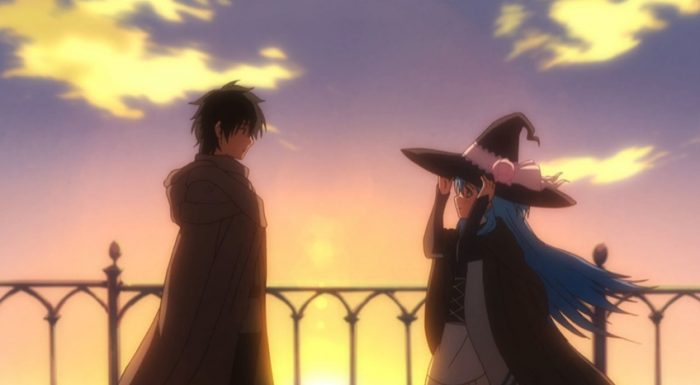 Man, do I ever ever wish more selections from THESE sorts of source novels would be adapted into anime than the high percentage of the current sources that are. In the first look post I made for the series at the beginning of the Spring season I expected that the series would be more of one of those that would get under my skin and worm it’s way into my heart, and that is exactly what it managed to do. The name of the series in Japanese in full is: “Shumatsu Nani Shitemasu ka? Isogashii Desu ka? Sukutte Moratte Ii Desu ka?” and meaning something approximating to: “What do you do at the end of the world? Are you busy? Will you save us?”. The shorthand slang for the series is simply “SukaSuka”. 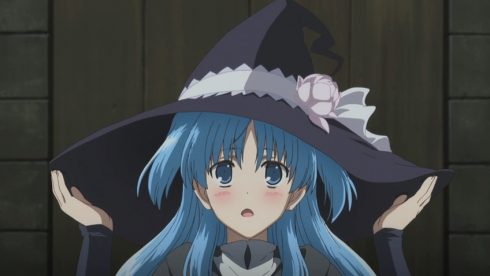 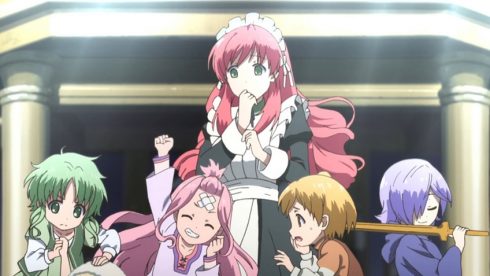 It is a futuristic, post-apocalyptic setting largely focused on a number of floating islands with a curious mix of both fantasy and sci-fi elements, and the animation and art work in creating everything is a first rate work by Satellite studio in my opinion. While there are certainly parts of the story that are touching, uplifting and even downright funny, this is ultimately a bittersweet tragedy that will make you cry. The VA work was surprisingly effective and even … powerful at times. The author of the source novels is obviously skilled as well, as so many of the characters almost “jump off of the screen” and endear themselves to the viewer. Most everything the author created that was part of the overall setting was engaging and immersive for me. 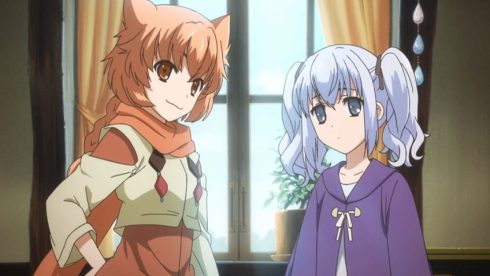 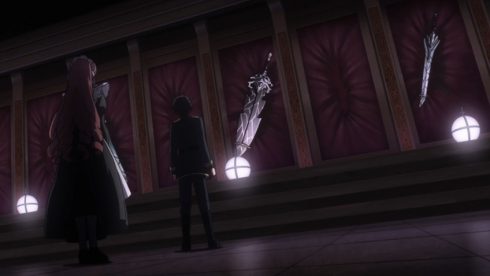 By way of a thumbnail sketch of the story proper, it is primarily around an older young man named Willem who has been through many very difficult experiences. His new employment brings him to oversee a handful of children being treated and trained (from their earliest years, too) as inanimate weapons to be used to the maximum possible extent and then tossed away when their usefulness has come to an end. The children take up their task knowing that they will someday die, and likely rather soon. Willem, who was once both a soldier and lived and helped manage an orphanage a long time ago, tries to help humanize his new charges, and cultivate a sense of valuing and appreciating the life they have. This is exemplified by the female lead Chtolly first and foremost, but also by others among the children as well, whose lives Willem impacts quite strongly. 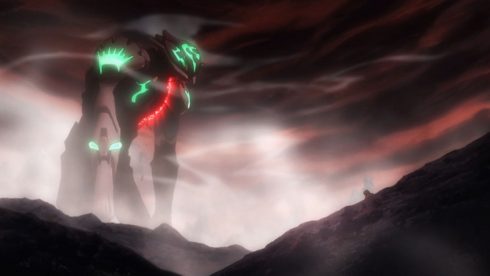 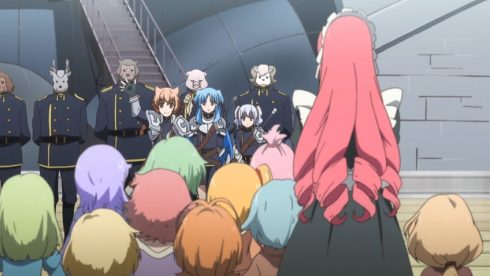 In any event the story telling is also fabulous – the slow, step by step building up of where the “present tense” narrative is headed while continuously looking backwards time and again works almost flawlessly, and in very well done measure. Unexpectedly the world becomes extraordinarily detailed, almost as if one if looking at the detail of a mosaic image as one draws closer and closer to it. The source novels total five volumes, and this cour covered three of those five … I would love, would dearly love to see the last two volumes animated, but am not crossing my fingers. From what I understand the novel sales received a significant boost, but the anime disc sales themselves were quite slim thus far. So there is a modest possibility of finishing up the series in anime format, I guess. 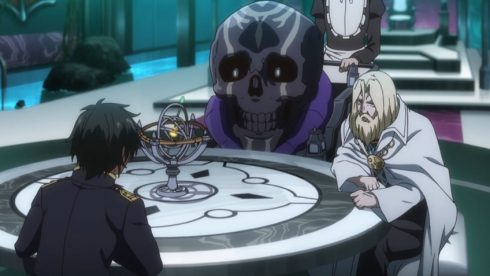 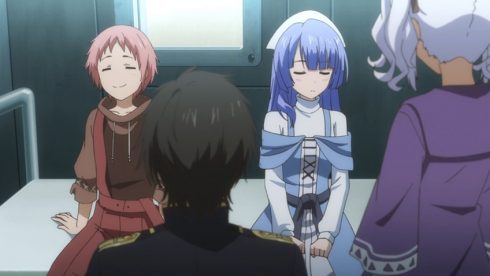 The soundtrack though. This is literally one of the absolutely best soundtracks I have ever heard. Ever. It was positively magnificent. So much so that I snapped up the 2 discs almost immediately when they became available and listened to both of them all the way through. The tracks are every bit as atmospheric standing by themselves outside of the anime as when they appeared within the anime itself – something that is very, very rare and difficult to pull off. Admittedly even now re-listening to some of the tracks makes me tear up. Without a doubt this was the strongest aspect of the series, and in such an excellent overall work as this was that is saying quite a bit! 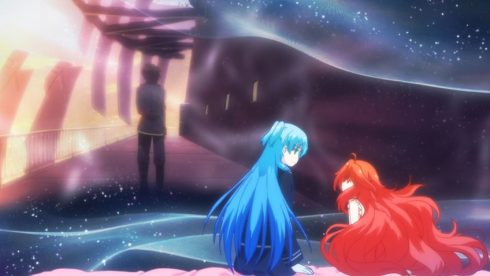 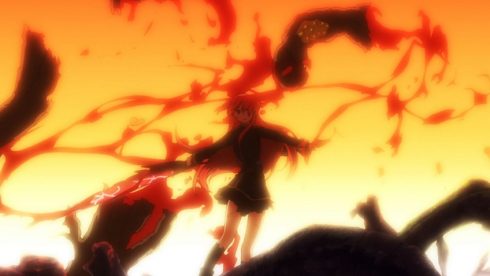 Without a doubt this series was indeed the sleeper hit of the Spring 2017 season for me – it “arrived” at the very last moments before the season itself began, clocked me a good one, and then proceeded to sweep me off my feet and held me in its jaws consistently and fiercely thrashing me all the way to it’s end; an end that was definitely a sad and tragic one, and which had me (and other viewers and reviewers) crying non-stop until it finally ended. It has been some time that a series was able to pull this off. This was positively a delight from start to finish, and on many levels: I am giving it a A rating, and in terms of pure enjoyment it could very well find it’s way into my end-of-the-year top 10 list.