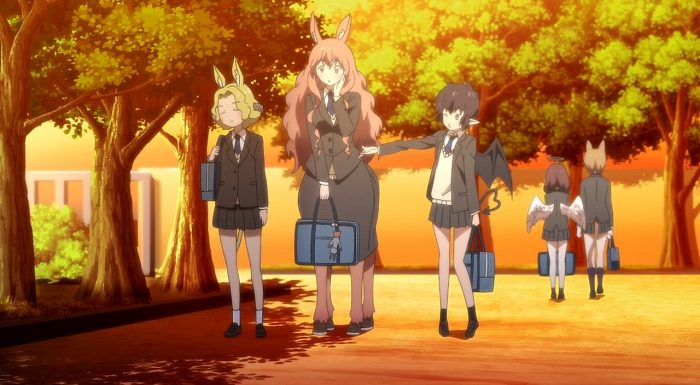 Rounding out the collection of the series I was most anticipating this Summer season comes Centaur no Nayami, yet another series based on a manga source, and whose source is quite the combination of thought provoking, artistic and all shot through with both subject material and tonal whiplash that works for some and annoys the heck out of others. I happen to like it’s quirky writing and art style, but was especially fond of its world building elements, some of which shine through in this first episode. And curiously, I only realized as I was writing this post that the three series that I was anticipating the most this season (one anime original and two based on manga sources) interestingly all excel in the world building aspect. 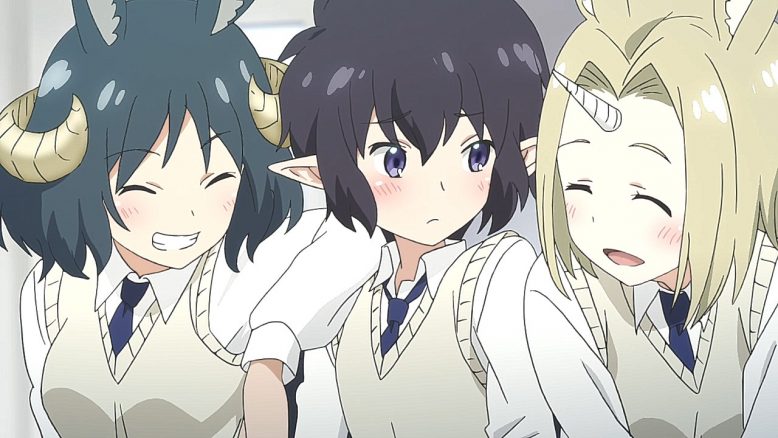 All that being said I must admit that the first half of the first episode of Centaur no Nayami was … kinda disappointing in a way at first glance, but disappointing because the manga as a whole had made such a strong overall impression on me over the subsequent chapters with its intricate world building aspects I had forgotten how it originally began! XD Everything that the episode as a whole drew from was indeed from the source material, yes, and even in chronological order of the manga chapters themselves – there was little to no “anime original material” (at least as far as I could recall). But I had forgotten that the manga itself begins with the school play story in full, including the “interaction” between Hime and Nozomi! 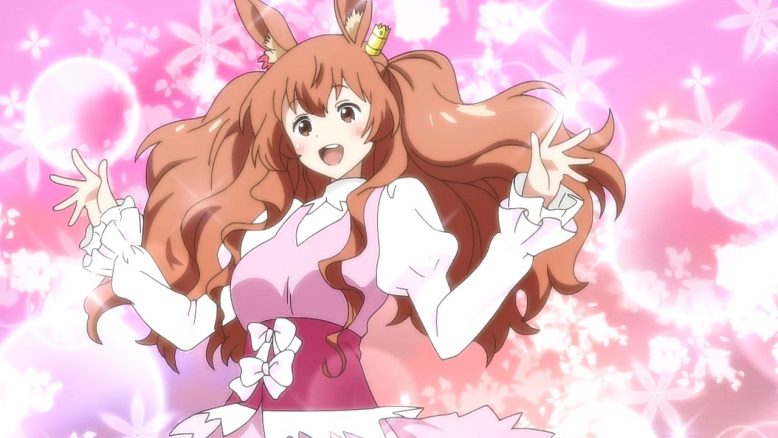 The story fortunately comes around much closer to what I enjoy the most about the source material in the second half, where some of the main characters  are running a marathon together and chatting. The characters include a centaur named Himeno (nicknamed Hime) – my favorite character in the series hands down, a blond satyr named Kyouko, and an imp named Nozomi. In the first half of the episode and in the OP other races were also mentioned in passing and/or shown, including a unicorn, tall snake people, an angel, mermaids, a feline like race known as a “longears” and so on. Anyway, the topics for discussion during the marathon wander into all sorts of areas, and sometimes onto unexpected topics, particularly for a manga/anime. 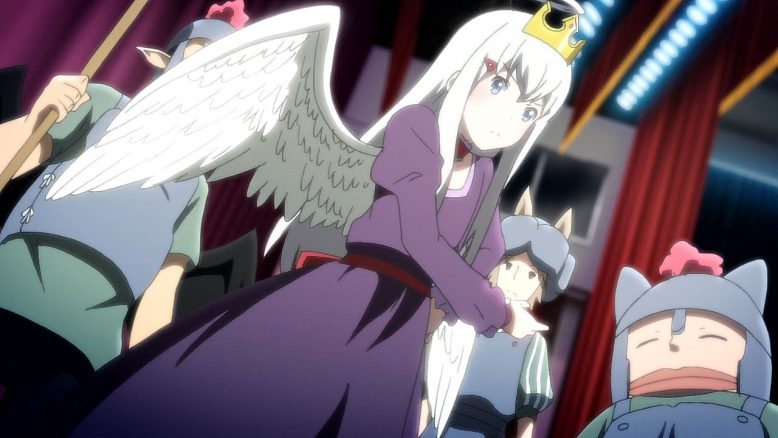 This random subject matter is one of the charms of the series itself, yes, but in the second half of the episode other subject matter arises relating to the world building aspect proper. In this setting an alternate evolutionary model is presented in a science class given while what look like school or even government officials are looking on (and which came across as a bit unnerving) which attempts to give a scientific/biological reasoning or framework for the existence of all the different types of races walking around, and interestingly even mentions one of the races has already gone extinct! The manga itself expands on these races and goes into much more detail. 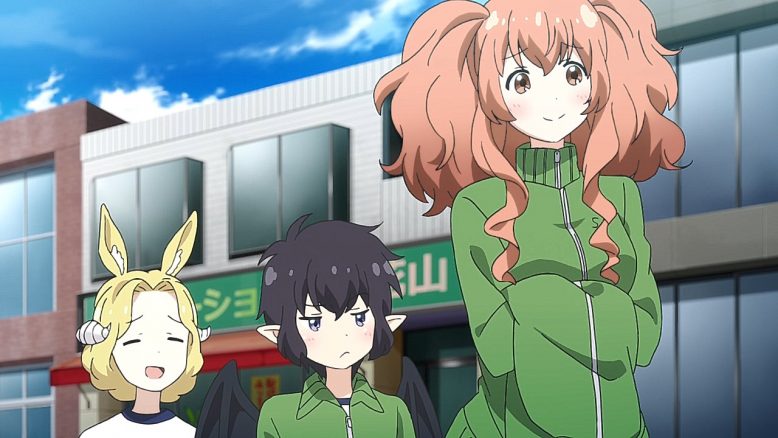 However much more interesting were the laws and political ramifications that had arisen as a result of the history of these races interacting with one another. The severity of the laws and the like come across as much stronger than one might expect, but their very existence, presentation and articulation from the slightly “off” angle of fantasy races sorta makes the reader/viewer pause for a second and ponder. It is quite effective as a story telling device, and I can assure you that the manga gets way, waaaaay more detailed and intricate on these sides of things as well. In some ways the government of the world/country Himeko and the others live in almost comes across as very close to a sort of “soft totalitarian” one. 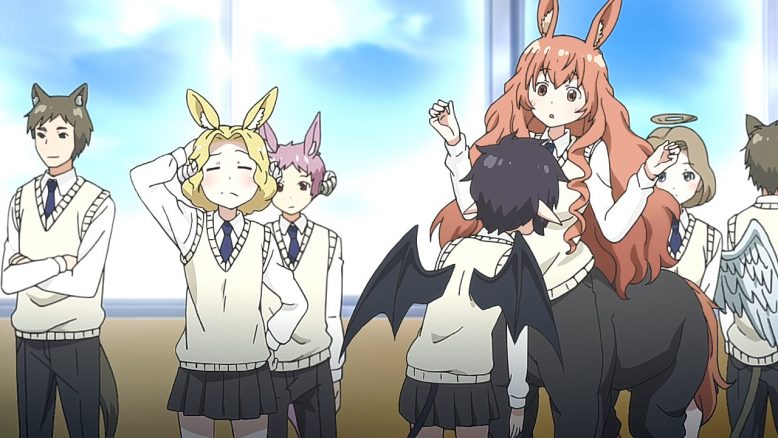 On the whole the episode material itself was fine, as were most of the production values, VA work, bgm and the rest. Nothing exceptionally stood out for me (unlike the material in the premier episodes for Princess Principal or Made in Abyss) and the OP and ED were sorta just okay. I am still definitely following the series, though, and the “low key” premier may give way to a quiet improvement of the series as a whole in a similar fashion as happened in the manga. Perhaps part of it will depend on what material they choose to adapt after this. On the whole I would give the first episode of this series a B ranking.