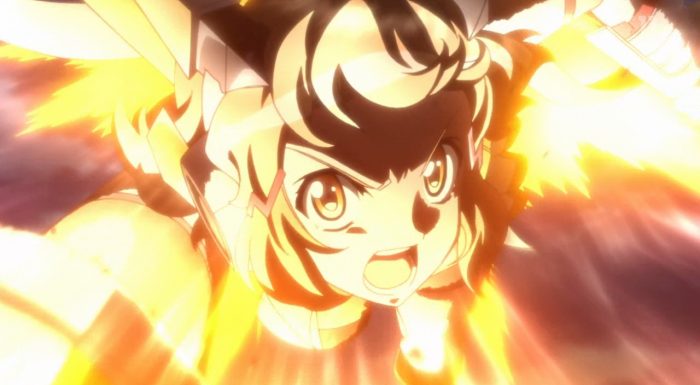 While this episode wasn’t as much of a triumphant moment for the main cast as the last episode, it was really strong. This was a great chance to focus on Maria, Shirabe, and Kirika and the show did that nicely. It allowed them to give their all, hinted at where things might go in the future and resulted in some good fights. The one thing I did find curious was the lack of using the Ignite Modules. Considering they were limited on time anyways I’m surprised they didn’t just go all out on the offense and not worry about the time limits. But regardless of that curious detail I thought they did a great job here. You get the feeling that regardless of Ver’s recipe that these three will go beyond the need for Linker this season. I just get the feeling that passion will up their coefficient. 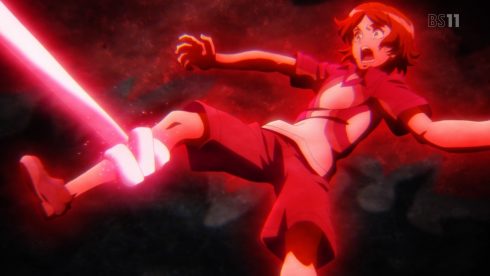 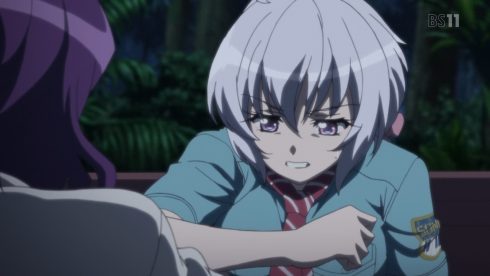 It is hard not to spend some time on Chris though. This season really does seem to be focusing on her suffering again. She is of course having returned to the hell that resulted in the death of her family, but now having additional trauma. I can totally understand Sonya being upset. I’m sure we’re going the route of Stefan being someone with dreams of being a soccer player or something like that and this is a crushing loss. But at the same time…he isn’t dead either. It might not be comforting now, but once she has time to calm down it sure as heck will be.

Not that this is a competition anyone would want to win, but Chris has suffered far more than Sonya is right now. Sonya’s screw-up got her parents killed, then her lack of awareness got Chris captured by slavers, and then Fine took her in upon which she manipulated and tortured Chris. I suppose Stefan himself will be the key to any future reconciliation. Even in the state he was in, I feel like he was trying to comfort Chris for her decision. Chris is kind of the girl that always blames herself and needs others to be there for her. I have no doubt that will be the case again. Chris is going to be suffering from guilt from what was the right choice, but a painful consequence. She’s distant from someone who felt like family to her and the opposite side is promising appealing world peace without discrimination. 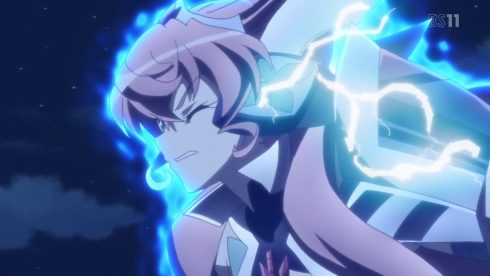 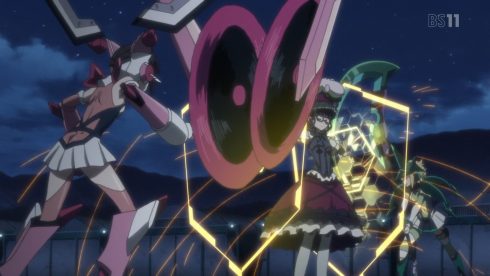 Still, let us move onto the trio who did have a lot of focus in this episode. They gave their all and I think credit is due to them on that front. That monster was impressively durable. Sure Hibiki managed to punch the thing to death, but that’s Hibiki. She does kind of bend the laws of reality with the power of emotional punches. But considering they were using the last of the Linker that they made for Kanade that was some good fighting. The rescue efforts were mostly successful (sorry nameless guys in suits) and they did put up a good fight against the alchemists. I love how they said “no, we’re not going to let you summon the immortal monster.” Every now and then someone just refuses to let the other side get ready and that is hilarious.

I did like seeing Kirika and Shirabe teaming up to save the plane though. It is kind of a nod to the shuttle scene from last season while also showing how this group is maturing. Saving the plane was a decision that put more strain on them and sacrificed an advantage. But it was the right decision to make. They have moved beyond what they did in S2 and are now making the right choices for themselves. It allowed Maria to go all out in fighting two enemies at the same time. Sure they didn’t win the fight, but they did save the plane and create time for a rescue to arrive. Though right now it is only Hibiki clearly seen, I’m sure Tsubasa and Chris won’t be far behind. They may have emotional investment in Stefan’s condition, but this is more immediately important. 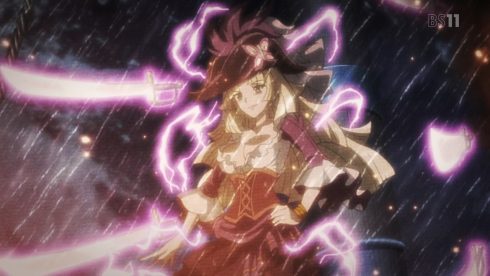 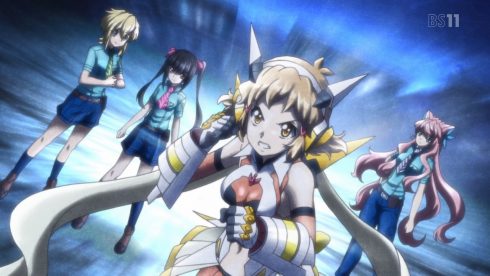 As a whole this was a really good second episode. If I’ve got blinders on someone will correct me. But this feels like a much stronger second episode than we got last season. We’re continuing good character focus for Chris, the enemies seem pretty solid, and there haven’t been any character breaking moments. Instead they went a pretty extreme but smart route of having Chris making another tough decision. Shooting off Stefan’s leg did save his life. It is going to bring her immediate pain, but it was the right decision. I also approve of how the villains have solid motivations. This isn’t seemingly just a plan to destroy the world similar to what Carol had. Instead this seems more of making bad decisions in the short term for an optimistic end result. Something I think could resonate with characters like Maria or Chris.

In the end I like where we are right now with AXZ. And personally I’m always for more Chris related character development. She is a character that suffers a lot, but for that reason I can care what happens to her. While this is again a potentially guilt-focused character arc, it has a different source. This is both about what happened to her parents and also the decisions she made in the present. Also if nothing else we got to see Pirate Finé. That has to be worth something. Here’s hoping the show keeps this strong run going. 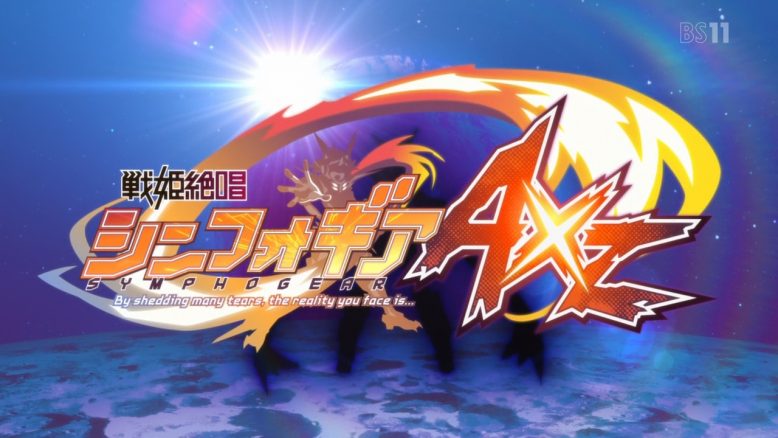 There is a lot that I like about this new OP. For one the pairings for the battle against the alchemists is really interesting. These are pairs that really we haven’t seen before in the show. Outside of hand holding in the S2 climax have Shirabe and Tsubasa ever really interacted? How about Maria and Chris? Or even Kirika and Hibiki. S4 has given us something on that last front…the shower hand holding scene XD. Honestly I’d fully support exploring more combinations. The song is really good as well. As always Nana Mizuki does a great job. Though I think the scenes just steal the show. Can you imagine a real training session with Maria fighting Ninja Ogawa?

ED [Futurism] by Ayahi Takagaki : (A) 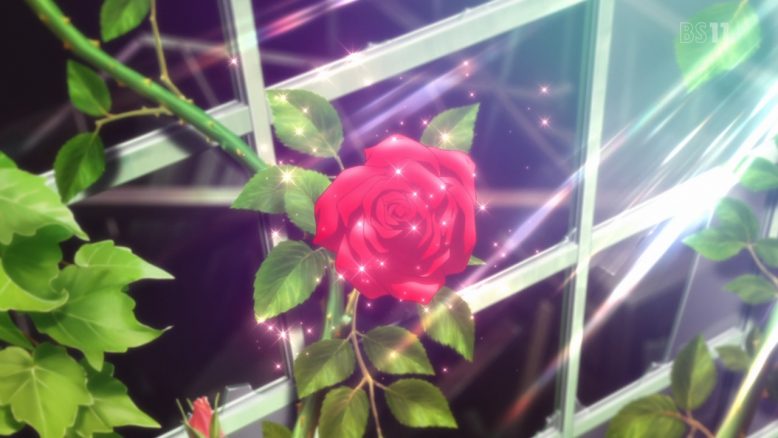 The ED was pretty emotional in its own way. Of course Yukine’s VA (Ayahi Takagaki) is singing so you usually expect a Chris related ED. They did a great job though. It does seem to be a fair point that she’s got to learn to accept the good and bad that has happened in her life. The world has been a pretty painful place for Chris, but she has to keep walking forward. At least visually it ends on a positive note with the flower blooming. Just a really good song and visually it was enjoyable to watch as well.