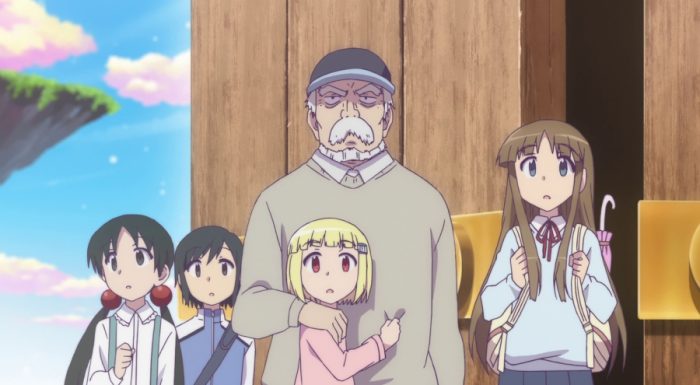 In so many ways this finale episode was both satisfying and unsatisfying – satisfying because I felt it neatly tied together several of the strings that had been unresolved over throughout this mini arc, and unsatisfying because having bundled things up nicely it became clear that the total result was merely something like the first and second chapter of a 50 chapter long book. Argh! It was a classic example of being left hanging! There are so many things I want to see and would like to follow alongside in both the story and the development of the characters, and yet … well, the chances of this series getting a second season seem rather slim. 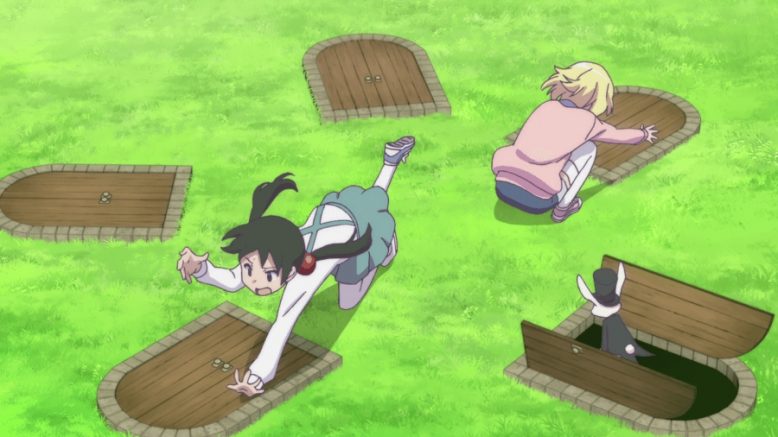 One of the interesting things to find out was that the rabbit who seems to hang out in Wonderland is not a manifestation of Wonderland itself, but rather something similar to Sana herself – a thing separate from Wonderland to a degree sentience wise, but yet not human and also “confined” to a large degree in Wonderland’s environs itself. Interestingly, it is able to wander into “the human world” and even can serve as an “interface” for Sana in communicating with those in the human world proper (as shown in her conversations with Ayumu). Was the rabbit being a “willing” interface, or was it “directed” by Sana or even Wonderland somehow? Hmm. 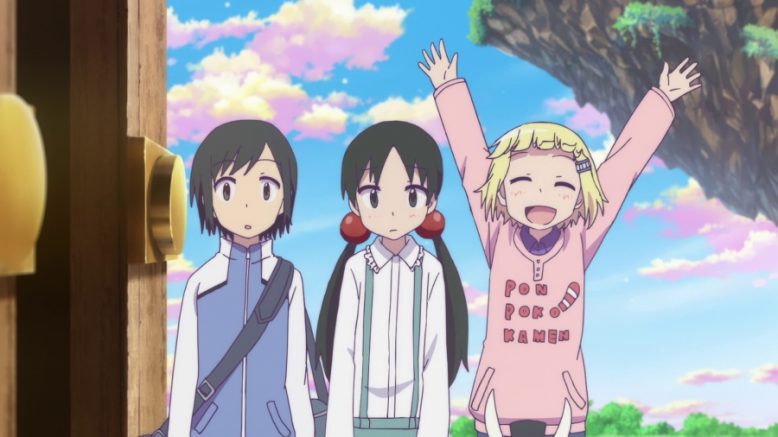 In any event the episode concludes with Zorouku and Sanae traveling through Wonderland in pursuit of Sana’s pig and finally meeting up with Sana and Hatori … who have just, just found a way to “connect” to the outside world (via the Rabbit acting as an interdimensional cell phone repeater of sorts – I didn’t quite get that one either), contact Ayumu, and direct her to the “double doors” she came across a few episodes as well associated with the Cheshire Cat. So three elements all met at once to the great delight of Sana and the puzzlement of Hatori and Ayumu (who have never met Sanae and Zorouku, of course. 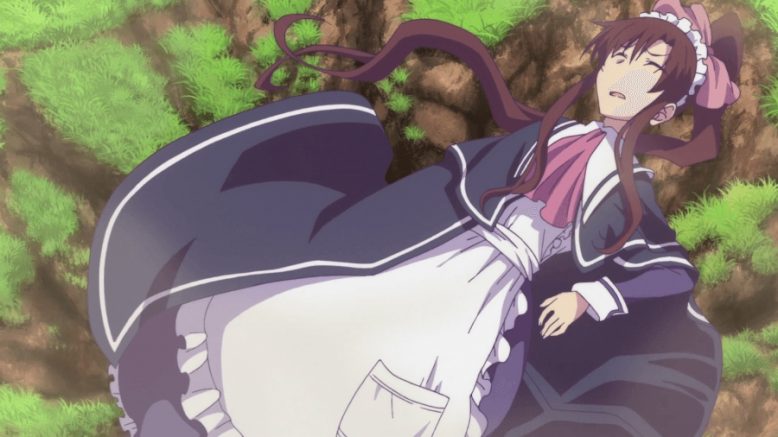 But curiously all is definitely not alright in Wonderland in the midst of all this – Wonderland itself seems to have continued “deciding” to “expand” for some reason, and in so doing it seems to be literally threatening the physical fabric of the “real world”. It is here that we come across an odd and almost surreal moment – Zorouku, in keeping with his promise last episode, LITERALLY “gives Wonderland a talking to”, upbraids it for fooling around too much and demands that it cut out its shenanigans and gives it a rest. And … Wonderland listens (!) and stops its process of expansion. This was definitely one of those moments that was both bizarre and yet fits at the same time with the story framework that has been built up until now. 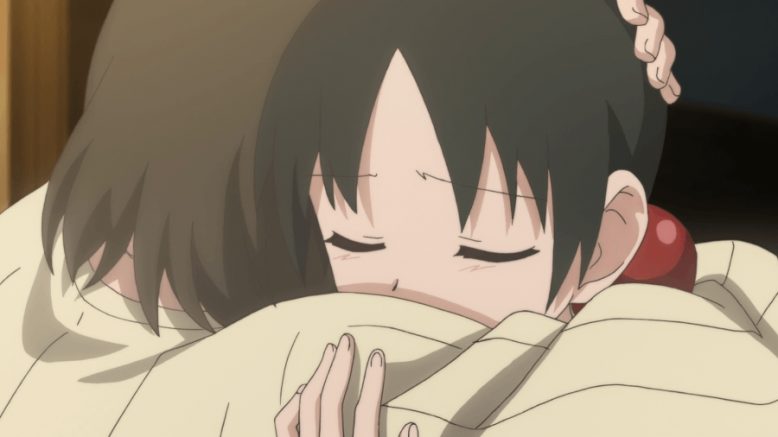 Curiously, though, the whole process of expansion that Wonderland was involved in grows so out of proportion that apparently both it and the existence of Dreams of Alice becomes an issue that can no longer be “swept under the rug” by the government, and it is decided to make public announcements and begin developing official institutions and laws supporting the Dreams of Alice themselves, fully bringing these “espers” into the public awareness…. And then the story concludes. -_- ARGH! There are so many places the story could go after this?! So frustrating – perhaps there is yet some hope for a season two, or at least some of the source manga to become available? 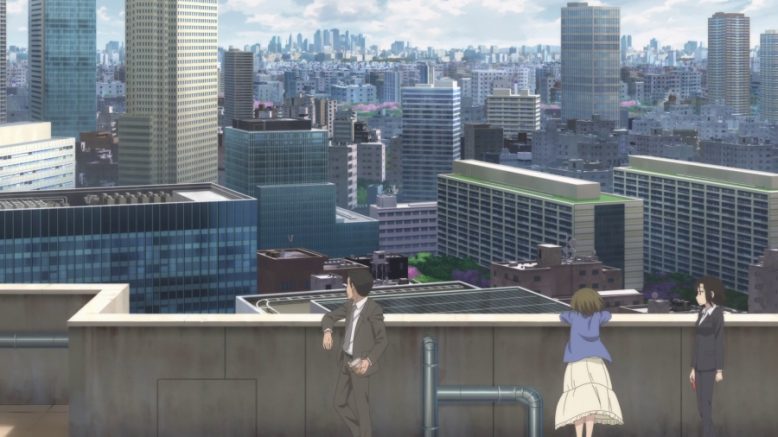 On the whole, though, this series has been an enjoyable one for me to blog … and one that was a surprise for many viewers once they got past the first double length episode. There are many good things that could be said about it, but perhaps more of this in the series review. Thanks to all the readers who stuck with me throughout the season! ^^