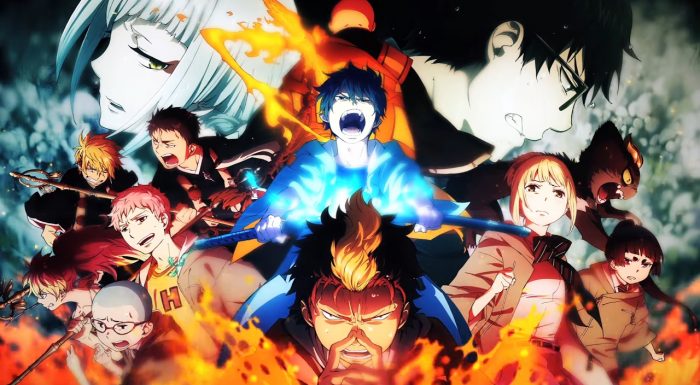 Ao no Exorcist as a franchise was always remembered as the adaptation that fell just short of greatness. The original 24 episode series started out strong, but as was often the case for Manga adaptations at the time it came out (2011), the anime series diverged away from its source material, opting for a less than satisfying filler ending, and changing a good deal of the original story’s feel and story as a result. 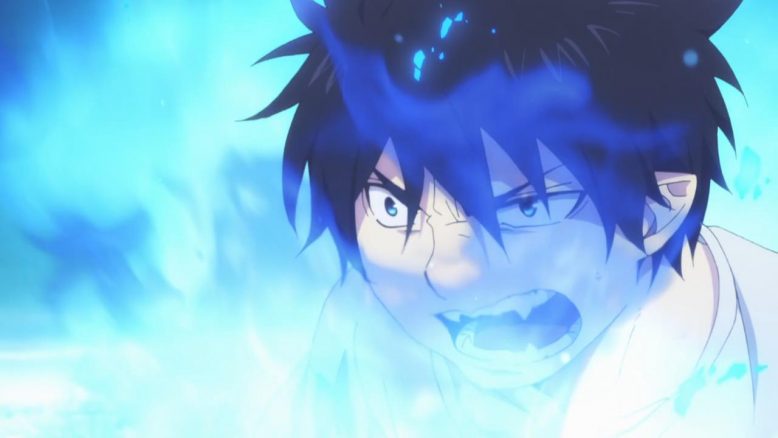 Ao no Exorcist was decently popular inspite of that, and fans of the franchise that made the transition to the manga came to quite a surprising realization; The manga was not only better as a story, but pretty darn different, even in its very early stages.

So, nearly 6 years later, in 2017, when Ao No Exorcist’s second season debuted, it really had its work cut out for it. The changes that the original series had made to the story were still there, and this second season was adapting the very impressive Kyoto Arc of the original source manga, a story that heavily relied on buildup from the earlier parts of the story. Which, three paragraphs into a review, brings us to the big question: Did Ao no Exorcist’s second season manage to course correct and advance this franchise? 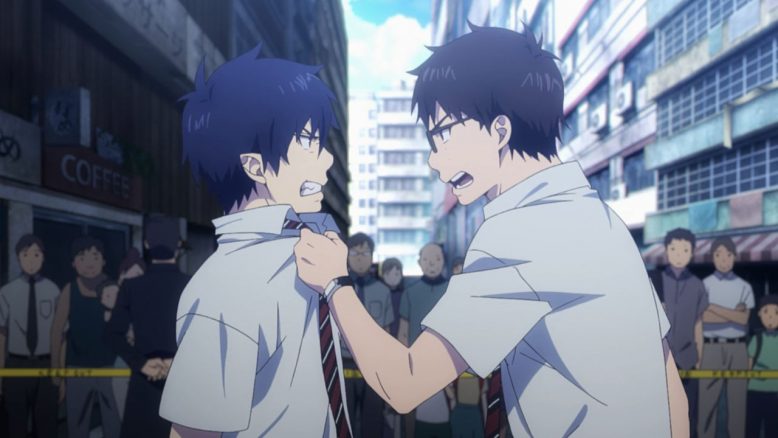 As is generally the case with things like this, the answer to that big question isn’t really all that simple. While in short, yes, Ao No Exorcist Kyoto Fujouou-hen is defunitely a more succesful anime series that’s pretty faithful to its source manga, the transition to get back to the correct state of things is less than smooth. Its arguable what path Ao no Exorcist’s second season should’ve taken, but I personally subscribe to the belief that the franchise needed a full on reboot, Similar to what Studio BONES did with Full Metal Alchemist in the Brotherhood series for the franchise.

That obviously isn’t what happened of course, but the real tragedy of it is, that Ao no Exorcist is that good of a story, that it definitely could’ve benefited from that sort of treatment. The show, rather than spend some rather necessary time reestablishing the world of Ao No Exorcist, its main character Rin and his rather strained relationship with his friends at this particular point in the story, decides to kind of just throw in a few flashbacks in the first episode, and just hits the ground running. 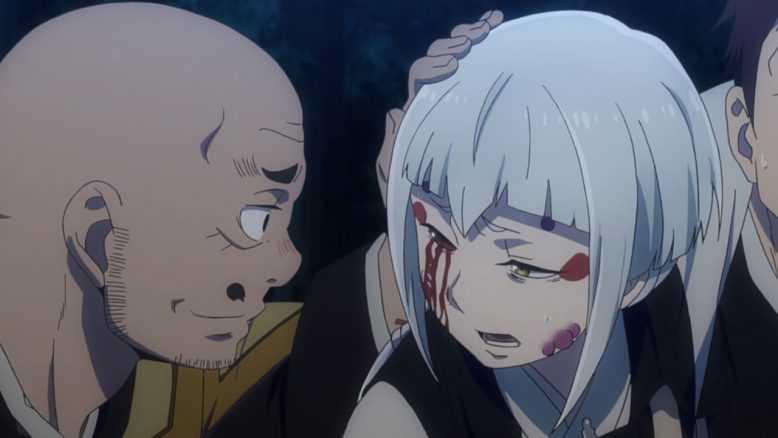 The result of that choice in the first episode, is a baffling feeling of being lost for certain viewers who haven’t been keeping up with the franchise. There’s a sense of repetition in that first episode, but it also ends up feeling new and different at the same time. Things aren’t quite right, and that’s probably what quite a few people will feel going into this second series of Ao no Exorcist.

Which is a darn shame, because if audiences can get over the initial hump of jumping back into Ao no Exorcist’s beautiful and immersive world, then the remaining 11 or so episodes serve to be a real treat. Ao no Exorcist’s Kyoto arc is a good story, and its the first major part of the manga that really elevates the story to another level. 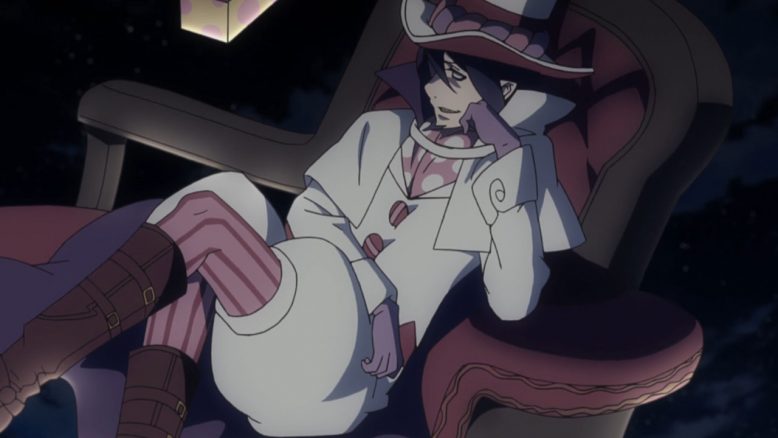 And like all good shounen franchises that actually matter, Ao no Exorcist is more focused on character dynamics, history and emotion, rather than action. The action is there, and the production values solid, but the nature of The Kyoto arc story puts a real emphasis on themes of family, friendship and personal reflection.

Of course, with all those themes present, is a slightly more leisurely pace that I think, scared off a few more people when the show was originally airing. Like any good story, Fujoou Hen takes its time, establishing new characters, dynamics and fleshing out the world, lore and the story’s main character Rin, in the process. 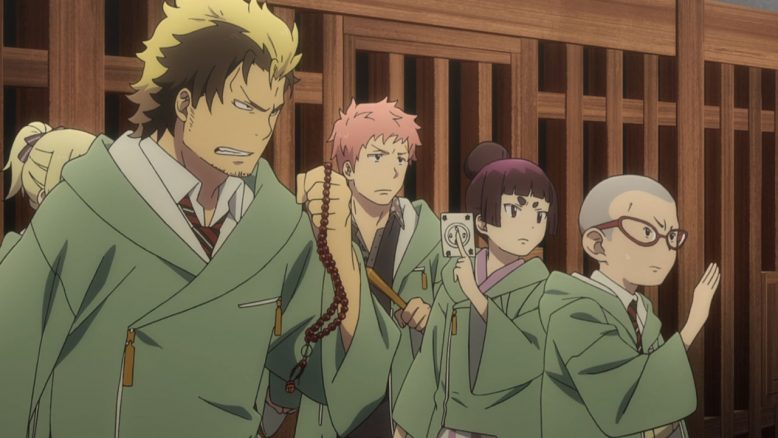 If its a quick, fast paced story that gets the ball rolling that you’re looking for, the Ao no Exorcist’s second season may disappoint. If you’re in it to enjoy a story that actually builds up to something that’s emotionally resonant, than Ao no Exorcist will probably serve you pretty well with its second outing. That’s the big conundrum, and the problem that Ao no Exorcist’s second season has, the story its telling is personal, poignant and only in its last few moments, does it provide the flash and flare that audiences expect from the franchise.

One other thing that really sets Ao no Exorcist’s big return to the animated relm apart from say something like Full Metal Alchemist, is that its really a short series. The second series is a quasi-remake that ends up telling one of the manga’s most memorable stories, and its only got 12 episodes to pull it off. 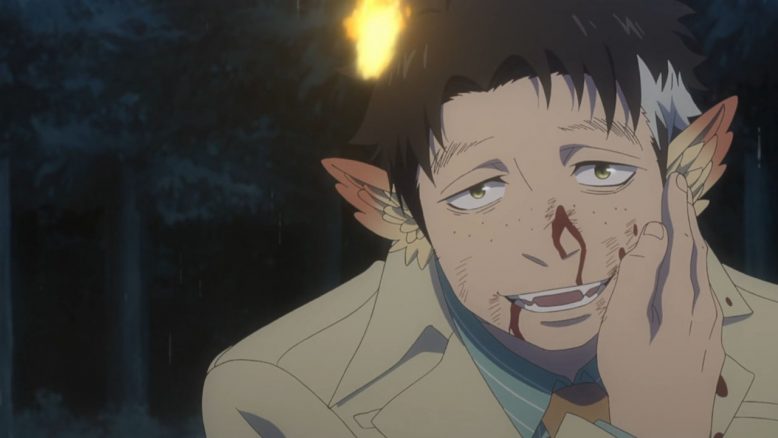 The upside to the shorter length is that the show looks and feels pristine. There’s no fluff or filler in the story. The production values are amazing, with A-1 Pictures doing a fantastic job with the animation, art direction and music. The voice work is top tier quality stuff, and its great to see the original cast from the previous series return and really just bring it all back. So yes, from a production stand point, and perhaps even from a general flow standpoint, The 12 episodes actually serve the series well for the current story its telling…

There is a flipside to the shorter length, however, and that flipside is hard to ignore. The lack of investment in the franchise is something that does spell a more uncertain future for the franchise as a whole. This second season was meant to be Ao no Exorcists’s big coming out party, but the show wasn’t met with the fanfare that I expected from it. You can blame that on the rough start for the second season, but whatever the reason, its clear that A-1 Pictures and the production committee behind this show, didn’t feel like revitalizing the franchise into the Juggernaut that it clearly can be. 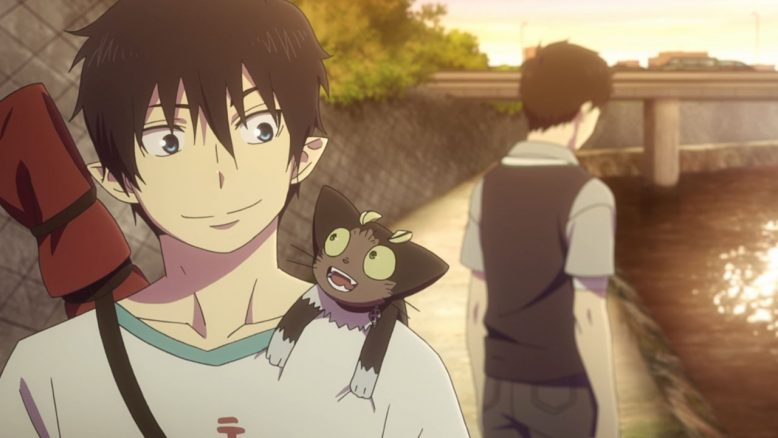 Some of that is the anime landscape changing a bit as well I suppose. With even big names like Shingeki no Kyoujin (Attack on Titan) only getting thirteen episodes for its sequel, it seems like the days of anime series serving as more mainstream outlets for a franchise are over. Instead, what we got nowadays as a best case scenario, is what we got with Ao no Exorcist Kyoto Fujouou-hen, a solid but limited run adaptation that really stays true to its source material.

Do I hope we get another season of Ao no Exoricst? Yes! If Kyoto Fujouou-hen is any indication, there’s a lot of power and potential left in this franchise, and I’d really like to see this second season as a harbinger of things to come, rather than some one off anomaly that fans of the franchise were lucky to get. But, if nothing else, I’d say Ao no Exorcist Kyoto Fujouou-hen is definitely worth your time, and gets an A Grade for being pretty darn great (despite a rough start).