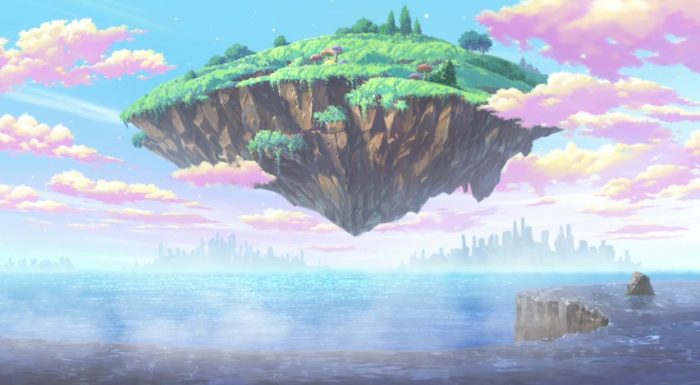 Okay – this episode was downright interesting. Finally here we have Sana talking about Wonderland itself, and we discover all sorts of interesting things about … well … everything in this story. The person she is talking to, of course, is Hatori, who she is trapped together with at the present moment in Wonderland proper. Essentially when Hatori realizes at last that she can not manipulate the situation with her Dreams of Alice abilities she becomes quite downcast, and Sana, who herself has never really had a mother and is still having quite the time getting this whole “human emotions” thing down, reaches out to her as best she can and … well, we find out a lot! 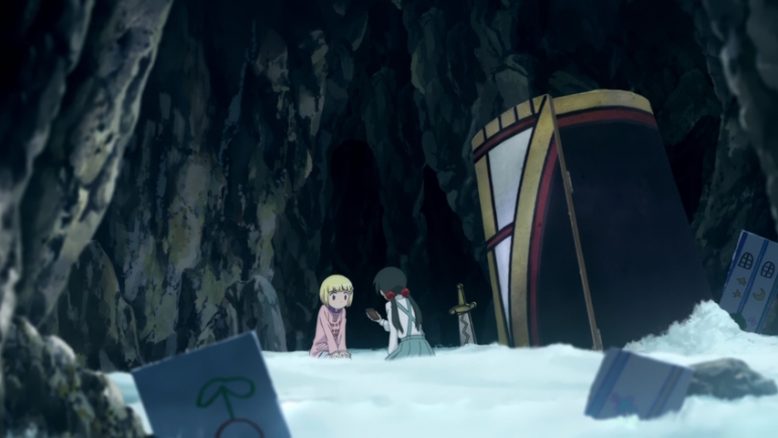 Essentially Wonderland is a … semi-sentient (?) near god-like, autonomous being/something-or-other who somehow came across the perceptible world of the planet earth and its inhabitants and became interested both in it and what this world experienced. So in time it created a human-interface to directly interact with it. When I first head this I immediately thought on Nagato Yuki and the Data Integration Thought Entity from the famous Suzumiya Haruhi series. The difference between the two dynamics in the two franchises is that in the Haruhi franchise we come to know the Data Entity to be incredibly intelligent, but to have several “independent interfaces”, of whom Nagato is one. Here in Alice to Zouroku we know much less about Wonderland itself other than that it is sentient in some way, and that Sana is it’s “main interface”. 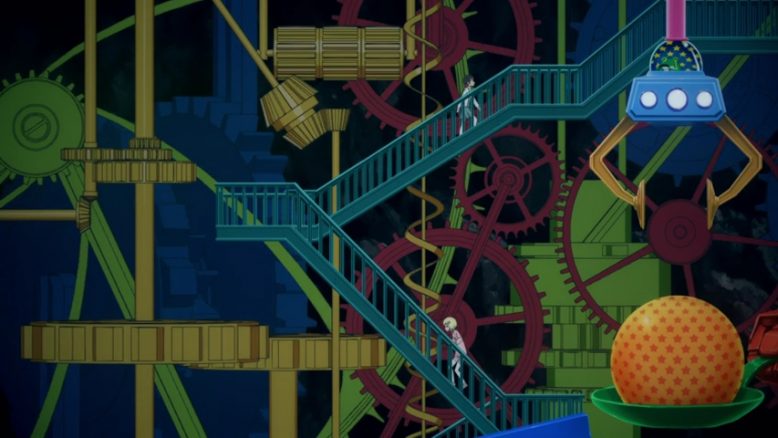 Interestingly in this same breath Wonderland has “other interfaces” but interfaces which (at least as far as we know) are not “independent”; these are the actual powers of the Dreams of Alice themselves present and able to be used by their wielders/humans. This may also explain in part why the Dreams of Alice would often manifest in people who had strong emotional trauma or suffering of some sort – Wonderland would periodically “extend its butterfly feelers” if you will into humans who were … “making a very strong sound in an obvious way”, I suppose. The bearers of the Dreams actually seem to “tap the power” of Wonderland and use it based on their own choice, but Sana herself is almost like an independent, sentient direct funnel for Wonderland. And when she began to experience emotions an aspect of her experience (I wonder if Wonderland found it fascinating?) caused a sort of “white noise” on her ability to tap Wonderland proper. 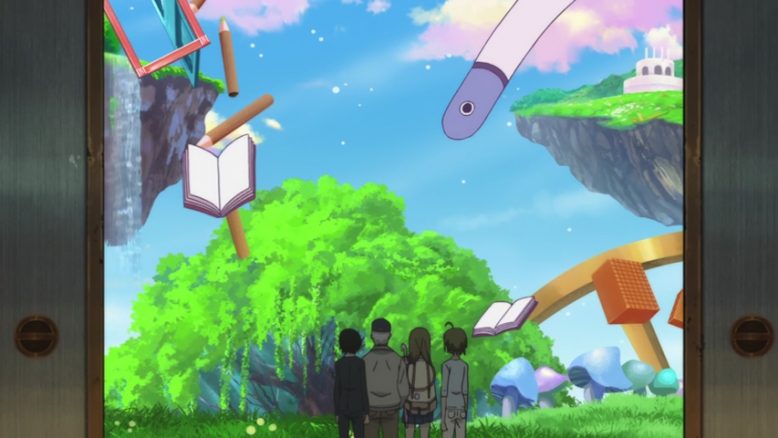 It is because of all this that Sana (and Hatori) could be trapped in Wonderland proper, be unable temporarily to use her abilities, and yet both still remain an independent entity AND Wonderland could carry on by itself – with the increen representation of Wonderand proper being the small rabbit with the watch and the top hat, I would guess. Wonderland is to the being behind it, perhaps, as Sana herself is to her being a human interface. Wonderland is not dependent or directly created from nothing by Sana, rather Sana and Wonderland are creations of … it. I must admit to being quite curious if this being (only conveniently called “Wonderland” at the moment) will itself gain a measure of sentience and be able to be spoken to directly, or if not will be able to be communicated with directly through Sana herself? 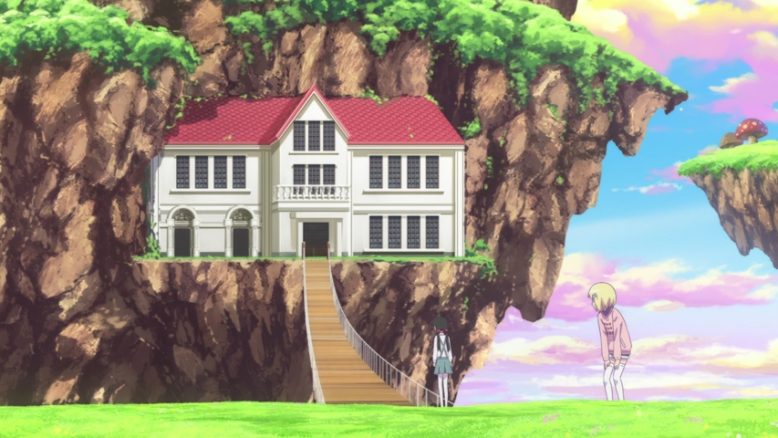 Back to the contents of the episode proper, though, there are two main themes to mention: the first is that Zouroku, Sanae and Ichijou (in battle maid form) all enter Wonderland itself in search of Sana. They make their way to Wonderland through the entrance way at the bottom of the facility where Sana and the Dreams of Alice were experimented on from the first few episodes of the series. The other theme to mention is seeing the conversation and reconciliation between Hatori and Sana. This was done in quite well, I thought, and in a very convincing manner. I love how the series has been able to portray Sana not being quite human and yet having traces of being a child nonetheless, and in a convincing way. Hatori really shone here as well (kudos to her VA for a splendid job here) and it was nice to be able to see her better qualities … qualities that Ayumu had experienced long before and refused to lose sight of, even imploring Sana to “save her”. 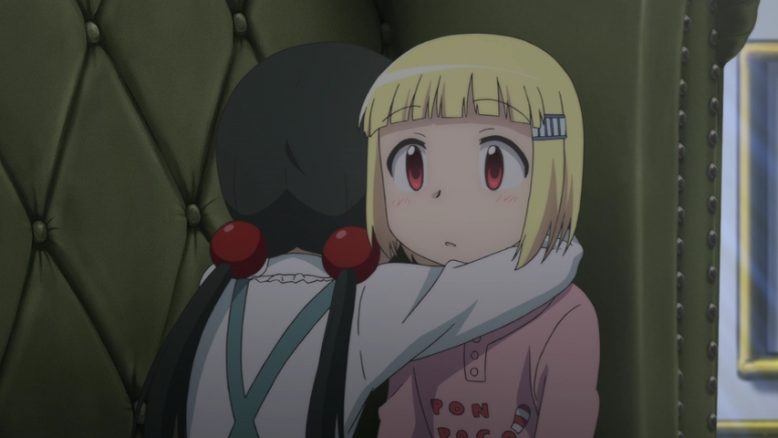 How I wish this story could continue! But the sad truth of things is that next week seems to be the final episode of the season.  In some ways it almost seems a tease to finally discover some initial facts about the franchise itself only to have things end, but things are what they are, I suppose. Hopefully next week will wrap the series up nicely and in a satisfying way. Part of me actually wonders if Zouroku will indeed try “giving Wonderland a talking to”. When he first said that I just rolled my eyes and smiled and thought that he was being true to character, but as things began to be revealed later on I kinda realized that there was a dim possibility that he could in fact literally pull it off! Well, in any event, will see you all next week! ^^