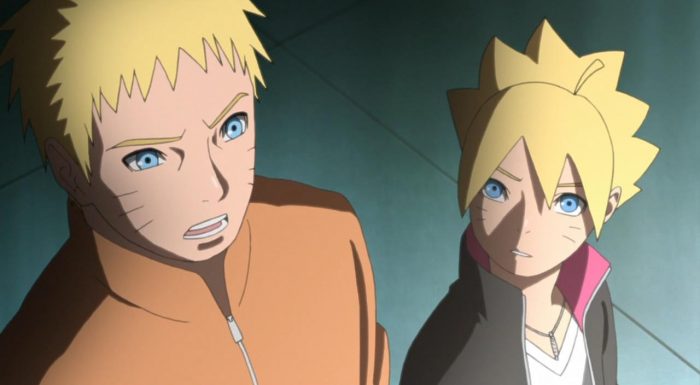 Its honestly getting difficult to keep going with Boruto, if not as a watcher then most definitely as a blogger. The tough part about following this series is the simple fact that its just… “Okay”. Its not great, its not terrible, but it certainly remains consistently mediocre as the weeks go by. And mediocre, just isn’t what I want this series to be like, especially because of the legacy it inherits from its predecessor series; Naruto. 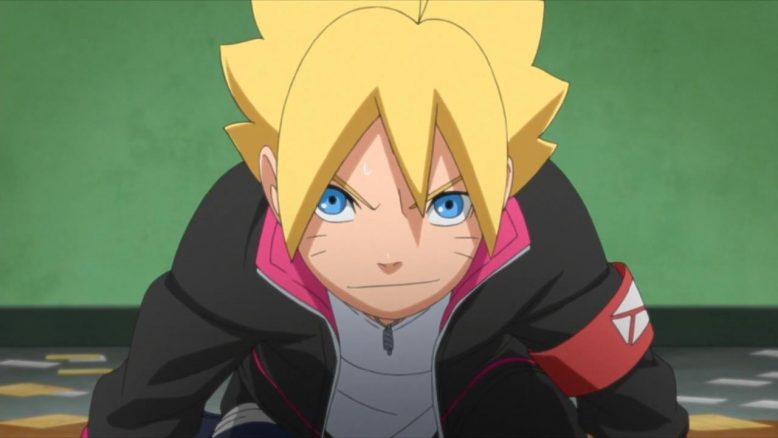 Naruto as an anime series had its own share of problems, but rarely did said problems have anything to do with the source material and base plot. Whenever Naruto or Naruto Shippuden was following the source material, there was a definite uptick in quality and things just got REALLY good. There was emotion, there were high stakes, and genuine excitement whether it was in the character moments or the more action packed battles. What’s sad is that we haven’t really gotten to that point with Boruto yet, even once. Sure, the series has been doing a decent job of throwing in enough little tidbits and character moments related to the first series, to keep me interested and watching, but beyond that there hasn’t really been much to talk about.

The chief problem I think, and this is something I’ve eluded to be before but only realized this week, is that Boruto just can’t do serious storytelling. Boruto as a series can do the fanservicey character moments, it can do the slice of life comedy bits, but whenever it tries to make an encounter with real stakes, the show just can’t pull it off. We get weird tonal shifts in these so called “serious moments”, instead of getting something that hypes up the excitement and the tension. And the reason that doesn’t happen is because Boruto as a series just can’t even build up to the big moments, let alone execute and deliver on them. 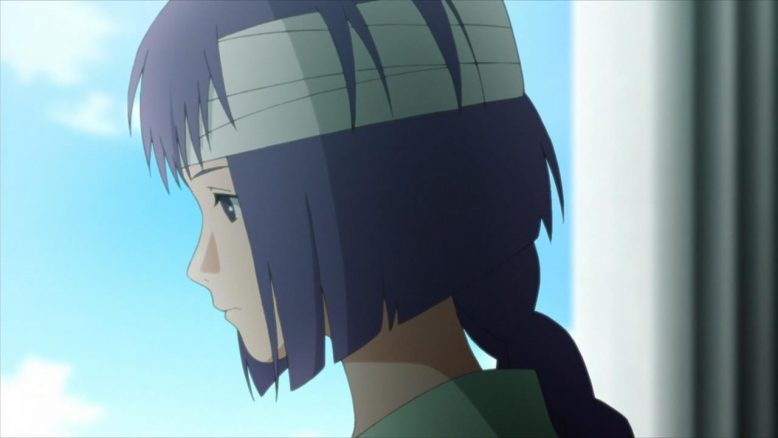 “They told me I only had to be injured for an episode….”

Things never get dangerous for Boruto (the character), and as such, every challenge that he comes up against, feels cheap and hollow as a result. The guy has barely even gotten hurt once, and seems to be able to keep up with every challenge, whether its Shino himself going full on berserk, or the “ghost” causing some other sort of mayhem. Everything resolves too quickly, too easily and too neatly, and that gives the audience a sense of safety that never really goes away.

I was expecting myself to cringe when Naruto started telling Boruto that he had been lucky and hadn’t seen real battle, but I actually found myself agreeing with him by the end of the episode. Whatever problems Boruto is facing, they feel cheap and easy to deal with (whether they are or not, is another matter entirely). Moreover, there’s really no consequences to literally anything that happens in this show. For example, even the so called attack on the class rep from Boruto’s class resulted in nothing actually happening to her. She’s hurt, but she’s totally fine and awake in the next episode, reassuring everyone. 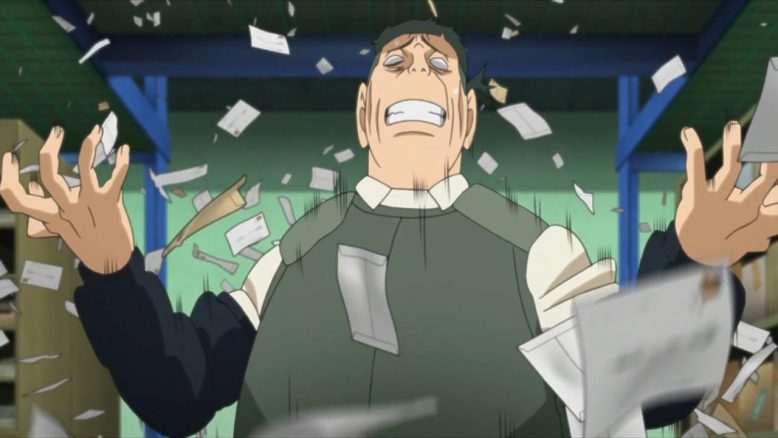 How exactly is ANYONE supposed to take this show seriously?

At the very least, the show could’ve had the girl actually be in critical condition for a while, just so Boruto felt some real rage or danger in this whole situation. Naruto’s whole “stay out of this” speech to Boruto would’ve carried more weight too. And that idea, it’s a simple fix that a friggin anime blogger came upon in a few seconds, after watching this week’s episode. There’s something terribly wrong with the show and its creative vision if “I” can come up with a better plot in a few seconds than the show’s own creative people.

To add insult to injury, it seems like Boruto’s big bad in this story arc is none other than Mitsuki himself. See, I think that if done right, that particular revelation would’ve been a really cool reveal, but the show has not only squandered any mystique that Mitsuki had, but failed to build up any sort of major suspicion around him. Plus, for fans of the franchise, we’ve seen Mitsuki hanging out with Boruto and Sarada post Academy, so making him the villain at this point, is temporary at best. 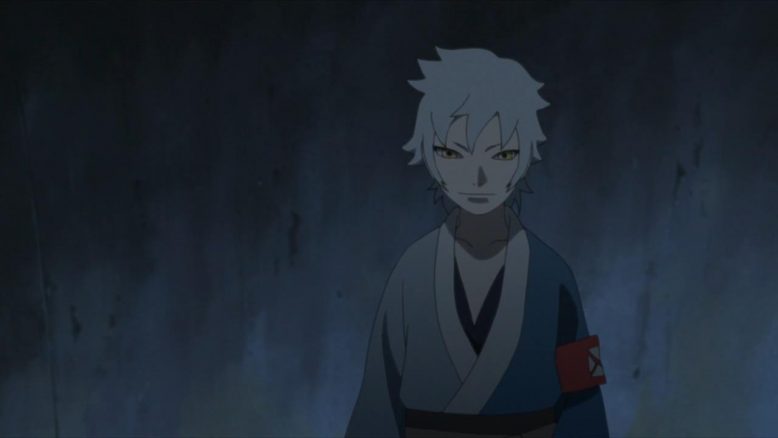 Which echoes back to the idea of hollow stakes and nothing really mattering as far as this series goes. To that end, Boruto is a show that is more or less cashing in on the fact that its a sequel to a popular anime series and manga. The best it can do is provide enough fanservice nuggets to keep fans from completely bailing on it, rather than offer something truly unique and meaningful. As we near the end of the so called “Ghost arc”, that particular fact is starting to become harder to ignore. Honestly, I’m hoping that the show just moves on from the Academy days already, because my patience with it all is really starting to wear thin.

Am I thinking of dropping this show? Sadly, Yes. I’ll stick with the show until it concludes this whole ghost thing at least, butif it doesn’t improve after that point… Then, well…  I really can’t see myself continuing to invest time talking about it each week. I’ll still watch the show (probably), but quite frankly I’m tired of just complaining about and trashing it every week. As the old saying goes: “If you can’t say something nice, don’t say it at all”. 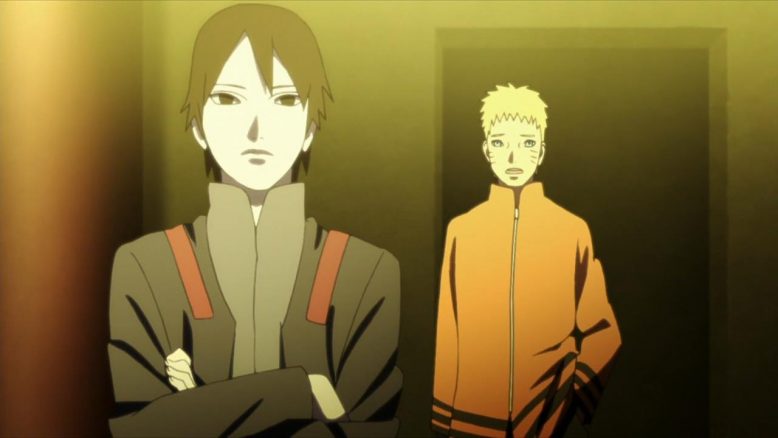 I say that, but of course, the idea of dropping this show does break my heart, if only because I saw some real potential from Boruto when it first started. There HAVE also been flashes of brilliance here and there, but they’re few and far between, and honestly, Boruto needs to do better. Its got another 2 episodes to convince me, so yeah, starting now, the clock is ticking.