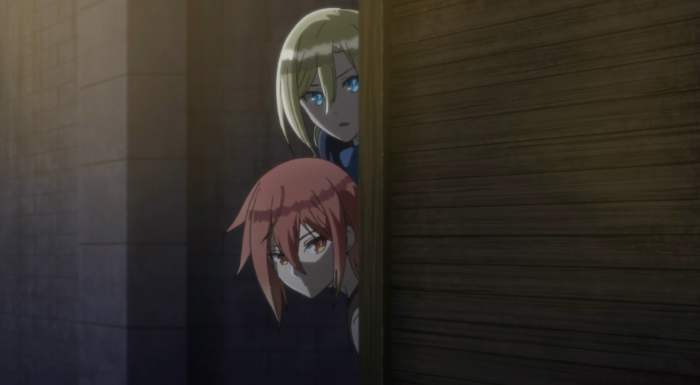 In the big lead-up to our grand finale, Count Rosenberg shows his claws, the boys show off their growing maturity, and Heine… shows himself out the door?! Sensei, say it ain’t so! Amidst cleaning shenanigans and princely sleuthing, our protagonist’s long-buried past at last comes to light. And it is… well, underwhelming, to tell the truth. But it’s also full of Teen Heine and Teen Viktor Having Emotions At Each Other. So. Y’know. Win some, lose some, eh?

Last week might have been the best possible week for me to go on vacation, as there’s precious little meat on Episode 10’s bones. That’s not to say it isn’t cute, frequently funny (the Super Sentai Cleaning Squad alone would have made it worth your time), or that it doesn’t do anything of value, of course. It’s just that it’s very much a bridge episode between the previous prince stories and the new Heine arc, which means that the main job of “The Professor I Don’t Know” is to set the table for the two-part finale. 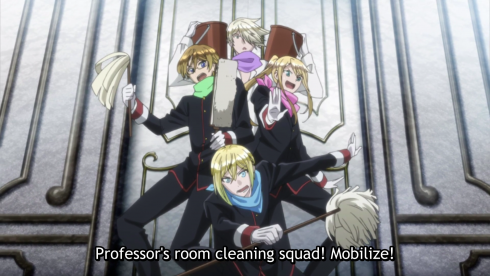 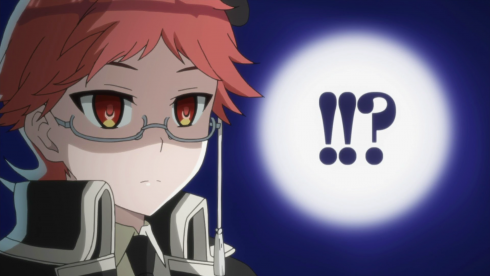 To that end, it’s a successful installment, injecting some mild tension and uncertainty into the story through Rosenberg’s vaguely threatening remarks (“you are not from our side” is about as cryptic as it gets) and the growing sense that Heine’s saying his last goodbyes to the princes. Heine’s deal with Viktor hangs heavy over this episode, and lends even the silliest of scenes a faint aura of sadness, as if our pint-sized prof has left the palace already.

It also gives us the opportunity to check in with the boys and see the progress they’ve made, from the small (Leo is working ahead on his school work?! le gasp!) to the major (Kai wants to go back to military school).To say nothing of the +10 Cute Points Bruno gets for trying to follow in his “master’s” footsteps by teaching a pack of chatty, nosy kids. 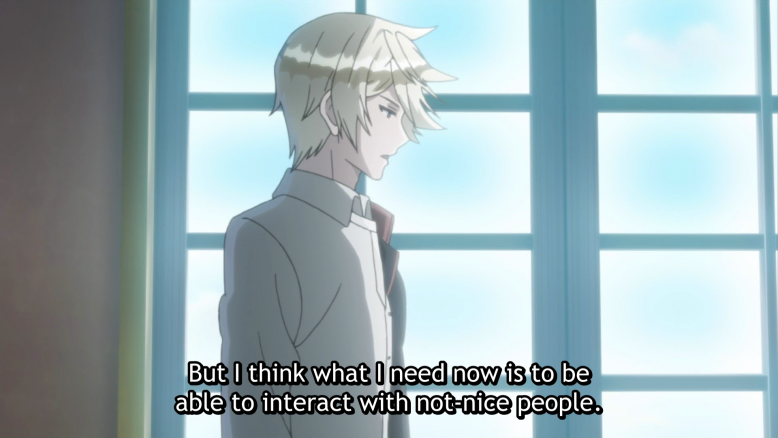 “And that’s why I decided to start hanging out in the Comments sections on major news sites!”

The cleaning story line goes on for too long and suffers from a lot of still frames and a fair bit of QUALITY animation. Still, it’s filled with silly jokes and some fun character beats, like Licht’s part-time job experience coming in handy or Bruno’s internal struggle between respecting Heine’s privacy and his own curiosity. (And don’t even get me started on Bruno’s lecture about How To Organize Books. Truly, he is my anime twin.)

Most importantly, the boys get to teach Heine a lesson for once, showing him that there are people who want to do things for him and teaching him that it’s okay to let that happen sometimes. It’s a big step forward in the princes’ development but a bigger step forward for Heine, who’s used to taking care of others and keeping his own emotions up his sleeve (barring the occasional tantrum about his height, of course). Hopefully he’ll keep this lesson in mind during the finale and it’ll encourage him to stay at the palace. 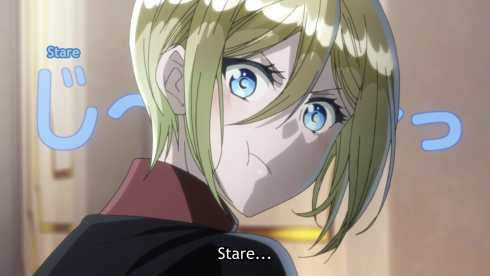 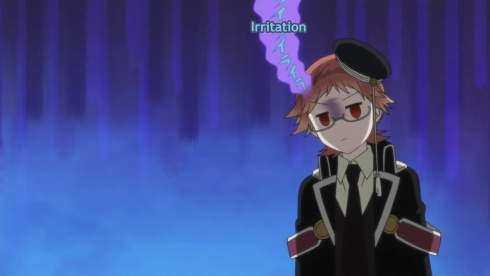 This build-up comes to a head in Episode 11 when Heine busts out The Royal Tutor‘s running theme about “confirming with your own eyes,” challenging the princes to investigate the rumor about a “criminal” in the palace. Through teamwork, sleuthing, and some jarringly out-of-character scare tactics (more on that in a minute), they discover that Heine was once charged with “attempted abduction and assassination of a prince” (i.e., Viktor). And with their tutor nowhere to be found, they must turn to their dad to hear the tale.

If Episode 10 was the show at its fluffiest, then Episode 11 is the show at its most serious. There’s not a chibi in sight as we dive into a darker, more dismal version of Glanzreich, where orphans hang out in sewer dens and palace guards are only too willing to shoot (someone who looks like) a child. Fittingly, the Glanzreich of the past is depicted almost entirely in dark blues and grays, as opposed to the sunnier (or at the very least warmer) color palette of the present-day nation. 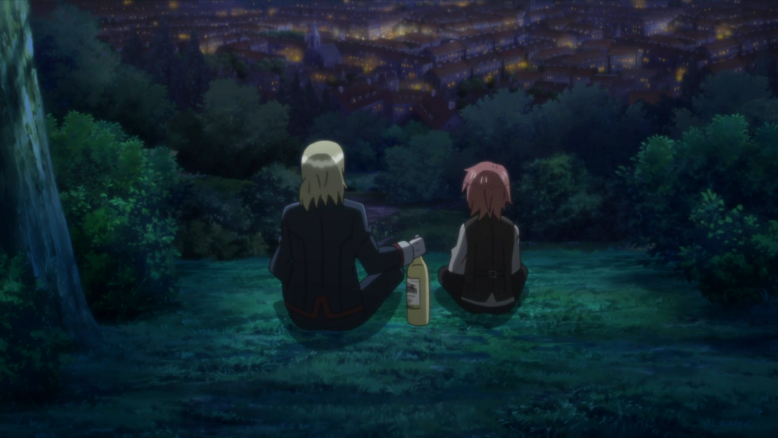 The golden glow of the festival is a faint warmth in this world, much like the friendship between the two boys.

Heine and Viktor’s shared past is a familiar “different sides of the tracks” story, but it’s nevertheless an affecting one, and The Royal Tutor does a nice job of building a convincing friendship in a short amount of time. (The Niederglanzreich wine makes for a really nice callback, too.) Their story touches on a lot of the show’s favorite ideas: the fallacy of judging others by appearances, the wide gap between the rich and the poor, and how direct communication and interaction can teach people not just about each other, but about the world at large. And it certainly succeeded at tugging at my heartstrings.

That said, my first thought when Viktor finished was: “Wait–that’s it?” I liked the flashback just fine and wouldn’t have minded it being a part of Heine’s history, but it’s pretty disappointing that this is the Deep Dark Secret Heine’s been hiding. I’m also not sure it makes any damn sense from a narrative perspective. Why would Heine be so adamant that no one ever find out about this? He was acquitted, so it’s not like he’s an actual criminal. And why did Rosenberg accuse him of being “not from our side”? Heine’s commoner status has never been a secret, so…? 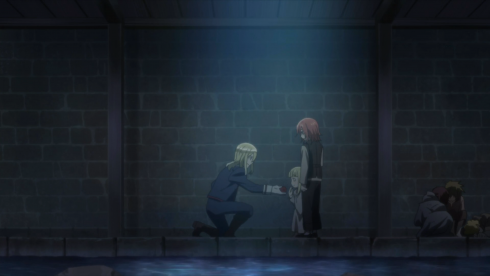 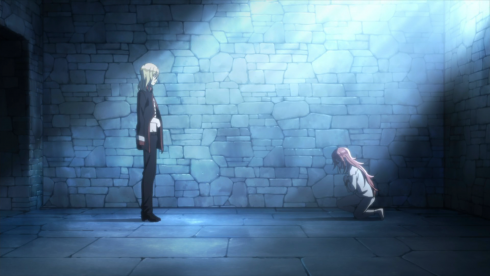 These sudden cracks in a previously solid story felt off to me, so I did some sleuthing of my own and was unsurprised to discover that the last two episodes of The Royal Tutor are an anime-original series finale. And once I knew that, a lot of little things about this episode that felt out of place suddenly made a lot more sense.

It was sort of odd that Bruno was so calm about an investigation that implicated his “master,” right? And it was downright alarming that Bruno and Kai were so willing to use their political power to threaten the journalist (I could definitely see Licht sweetly intimidating someone, but Bruno’s too much of a Boy Scout to use his privilege like that, and the second Kai realized he was unintentionally scaring someone he’d have run to his Mopin’ Corner). Heck, even the episode’s relative lack of silly chibis likely speaks to us going completely off-script. This underwhelming backstory reveal looks to be a part of that as well. 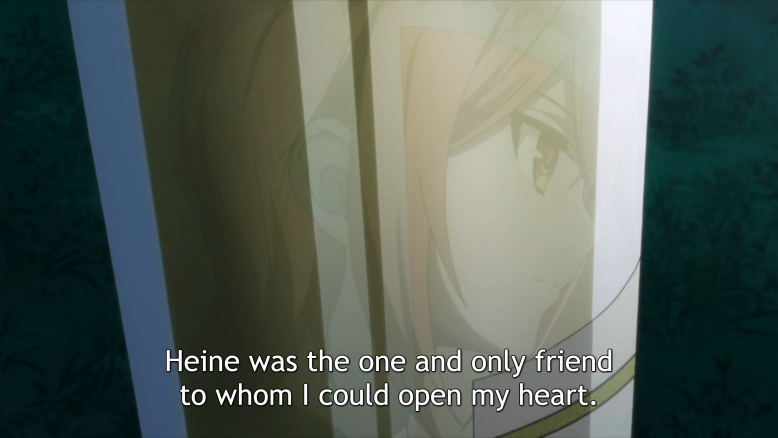 Still charming as all get-out, though. I can’t deny that.

Look, I’m not here to rag on the anime staff. Writing an original ending to an adaptation is tough. You have to deal with time constraints, an incomplete picture of the characters, disparate creative visions, and who knows what else. And at the end of the day I did enjoy the episode. It gave me a few good giggles and a whole lotta feels, which is more than many shows can say.

But liking something and acknowledging its flaws are two different things, and this week I saw frayed narrative threads in a story that’s been generally (and surprisingly) tight up to this point. I can’t help but be a little bummed about that. Still, what’s done is done, so I’ll accept the story they’ve given us and do my best to roll with it. We’ve got one episode left, after all, so The Royal Tutor still has time to end on a satisfying note.

…Oh, and that ending? Reportedly made the manga creator cry. So stock up on tissues, team, and I’ll see you all next week! 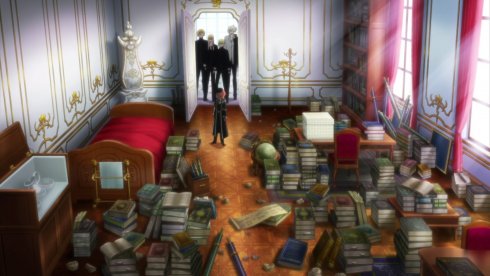 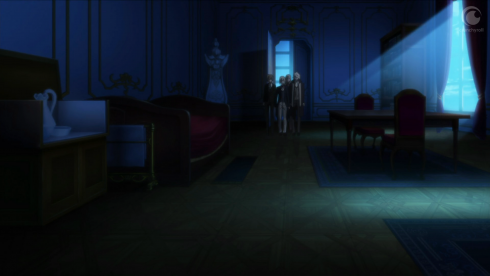